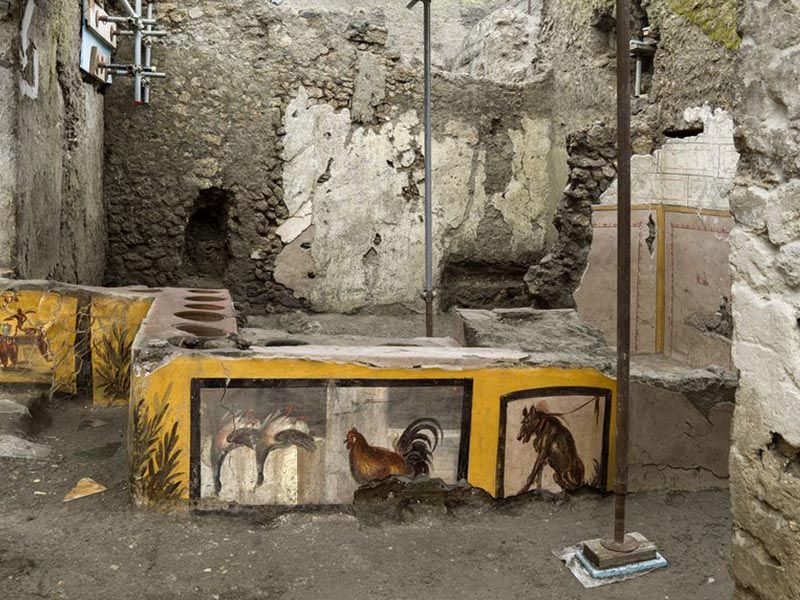 Discover a fast food restaurant from the Roman period

A fast food restaurant belonging to the Roman Empire has been the latest archaeological discovery in the city of Pompeii. It’s also the first street stall of the period to be preserved intact.

A team of archaeologists finds an extraordinarily well preserved fast food bar. The thermopolium – as this type of establishment was called at the time – is comparable to today’s street food stalls. It was the place where food was served to the lower classes of the city.

“As well as being another insight into daily life at Pompeii, the possibilities for the study of this thermopolium are exceptional, because for the first time an area of this type has been excavated in its entirety”, explained Massimo Osanna, director general of Parco Archeologico di Pompeii, in a statement.

During the excavation experts found remains of food and bones of people and animals preserved over the centuries in the same place where they were. The volcanic eruption of Vesuvius suddenly buried the city and is the reason why everything is intact. 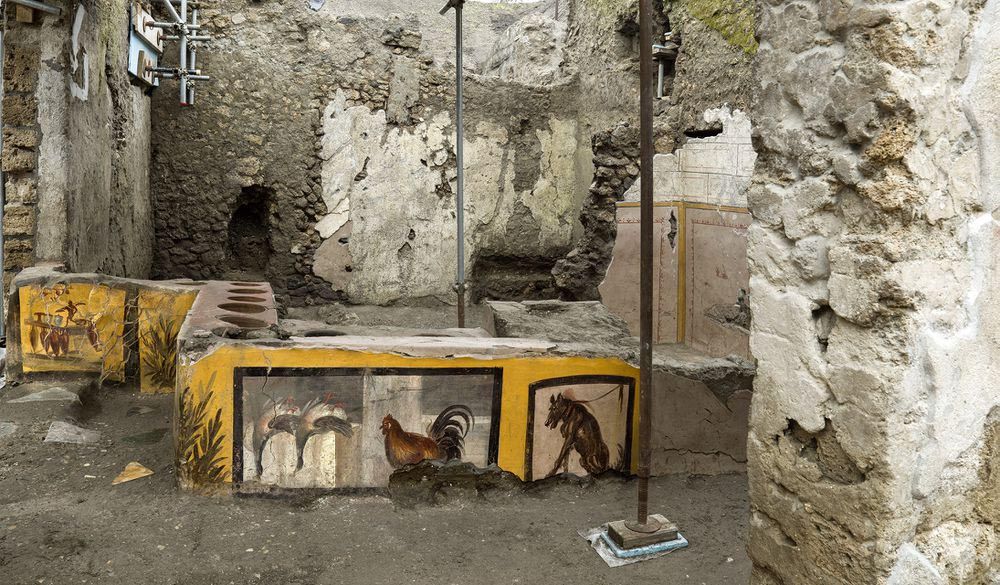 The decoration on the counter of the “fast food restaurant” of the time is preserved almost unchanged. There is an image of a nereid (nymph) on horseback in a seascape. As well as different animals such as a rooster or duck in such bright colours that they appear three-dimensional.

In the excavation of the old bar they have also found an illustration similar to a commercial sign of the shop, as well as different objects of pantry and transport such as nine amphorae, a bronze leg, two jars and a traditional ceramic pot.