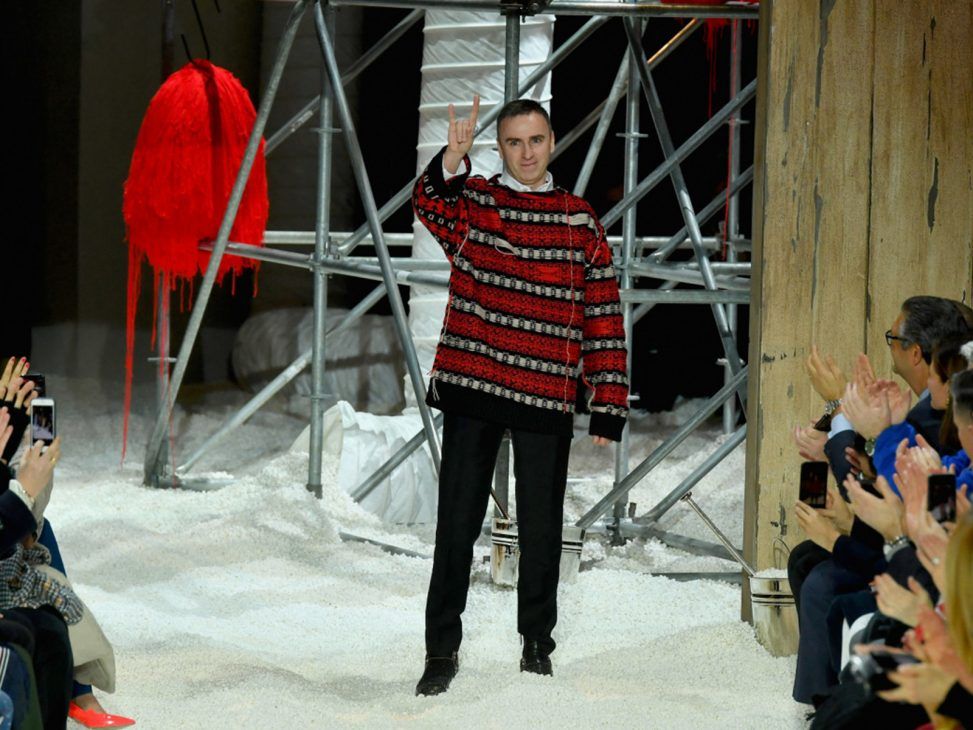 Raf Simons(@rafsimons) has just a few hours ago stormed Instagram to announce the closure of its eponymous brand. “The Spring/Summer 2023 collection is the conclusion of an extraordinary 27 year journey and the final season of the Raf Simons fashion brand”, says the Belgian fashion designer in the publication entitled “Memory Wear 1995 Station to Station Alda & Jacques”. 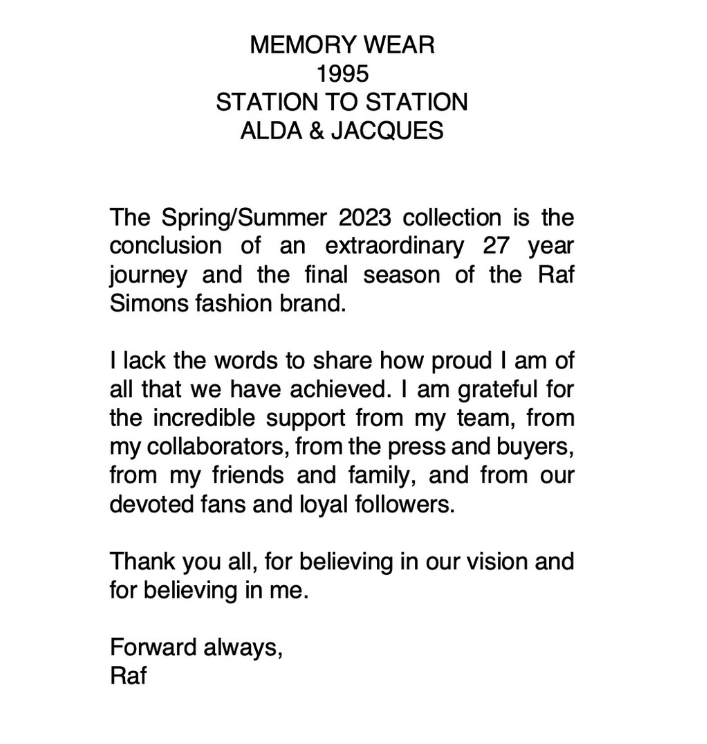 The brand bids farewell after 27 years serving something more pure and transcendental than simple designs in the most literal sense of the word. Simons has managed to develop and impose with a unique singularity the guidelines of what has become the counter-culture aesthetic.  The world of Raf Simons, in which gabbers, rockers, punks, techno enthusiasts are king, has become the commonplace of all fashion lovers. His constant celebration of youth and subcultures has made him a cult fashion designer and an object of study himself.

Raf Simons has been one of the most influential figures, and all of this in a low-key way. He has served as an inspiration to many disciplines, without taking credit or drawing attention to himself. From art or politics, to the commonplace that brings us all here which is fashion, have been able to reflect on Simons’ work. He’s made his entire career a prestigious body of work, bringing together fashion, photography and art in a masterful way. 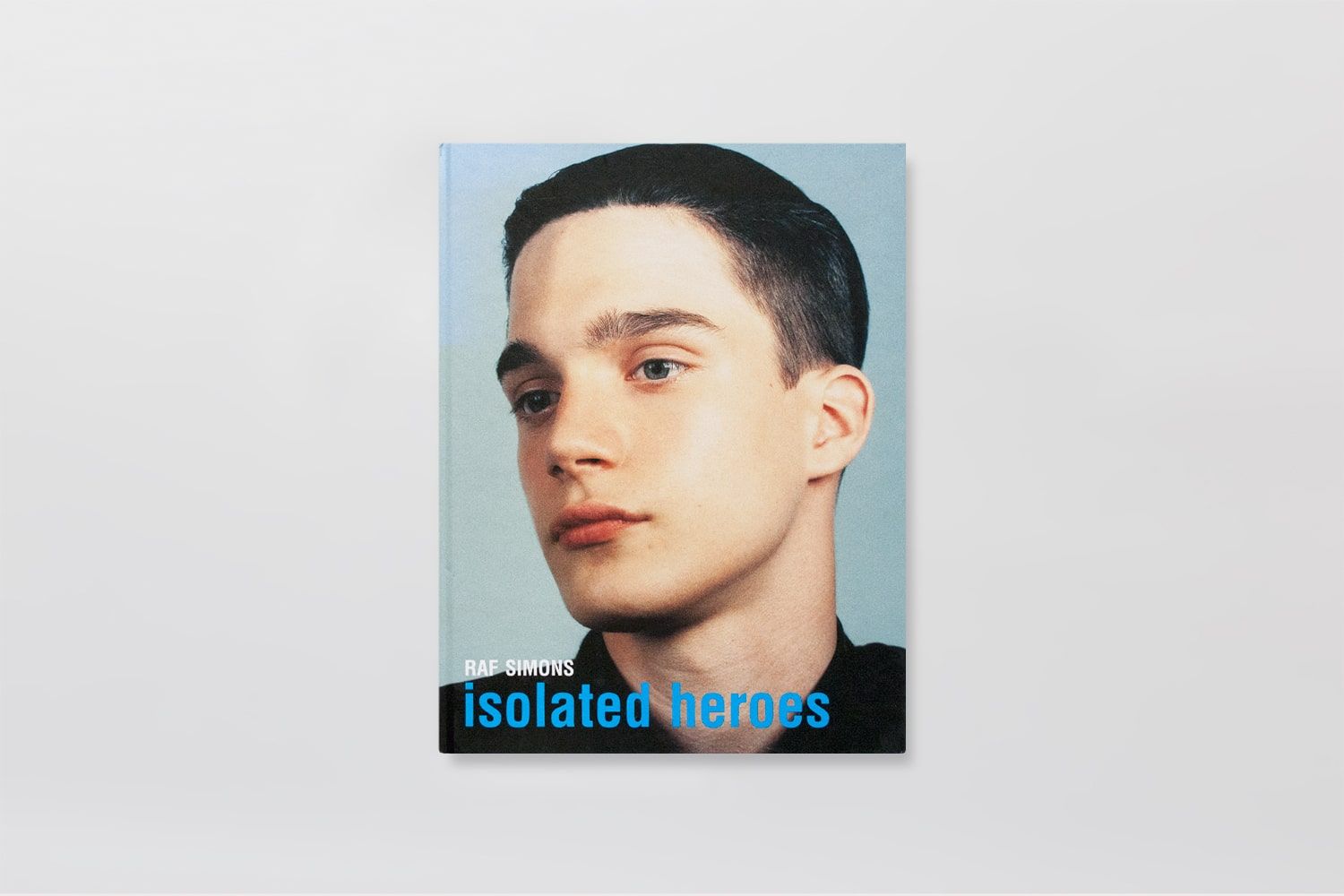 One of his milestones in bringing together various disciplines was the book ‘Isolated Heroes’ in collaboration with David Sims. The photography book released in 2000, is a a vindication of the modern perception of beauty. A good treatise that questions beauty, temporality and masculinity in a revealing way.

His collaborations with brands such as Adidas, Eastpack or Fred Perry have achieved mass comprehension of the neo-punk style. In them he has reinvented the concept of elegance and provided the keys to understanding what British fashion is and where it is going.

His venture at Jil Sander marked a golden age for the brand, which he was able to catapult into the spotlight. Then, Simons was called to Dior to recover its bad image after the Galliano scandal. The designer definitively modernized the Dior woman, bringing iconic pieces to the maison, such as the hybrid shoes he created in 2014. After his experience in prestigious and traditional houses, in 2016, Simons joined Calvin Klein. Probably his time at the American giant hasn’t been the most remarkable of his career, but it cannot be denied that he tried hard. In the two years that Raf Simons occupied the creative direction of Calvin Klein, there was a change of logo, millionaire campaigns with the Kardashians, and a fascination for the pop culture of the past and present with collaborations such as the one with the Andy Warhol foundatio.

A pioneer and never a trend follower. Raf Simons was responsible for introducing into fashion many elements that we take for granted today. Before fashion shows, he presented his collections in short films, a method that all brands use without exception. Likewise, we owe the use of the balaclava to him. Long before it became a trendy accessory, Raf Simons already debuted this piece in his SS 2002 show. Here, he turned the runway into a protest with masked models holding torches. 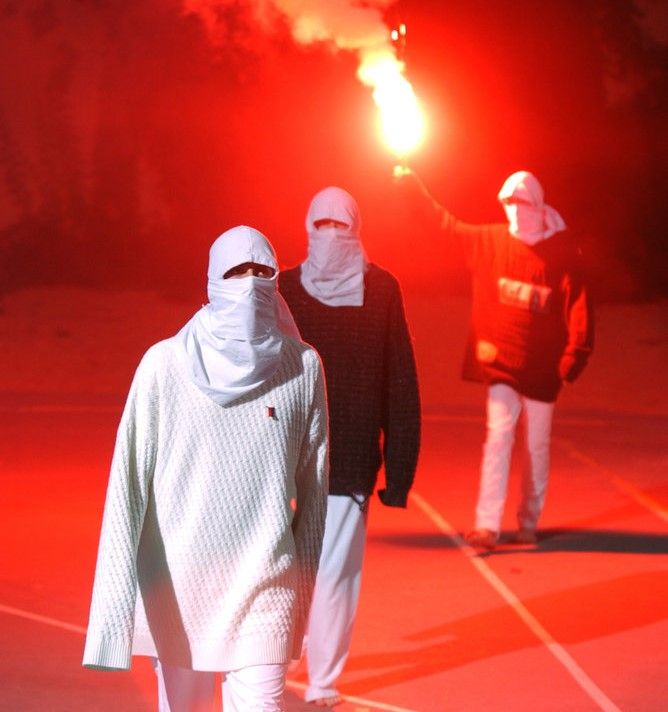 Simons’ career has left a sufficiently powerful legacy for his work to be analyzed and reviewed from all possible perspectives. And by this I mean that his entire career can be analyzed from an artistic, political, social… point of view. Either way, enlightening conclusions can always be drawn to understand the world in which we live. His work respects the classic and is avant-garde in equal parts. His career transcends the purely aesthetic and really tells us about the history of people, society.

Despite the farewell of his brand, the Raf Simons path will continue to be present on the catwalks. The designer will continue to work alongside Miuccia Prada in the creative direction of Prada. With Simons, Prada has probably taken a step towards a new artistic future, or even the succession to the throne. Will Miuccia hand over the baton to Raf Simons?