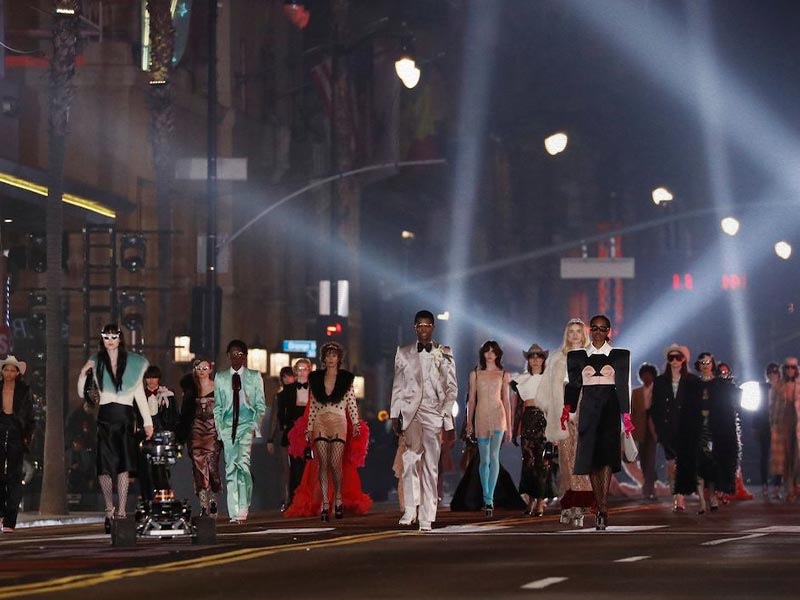 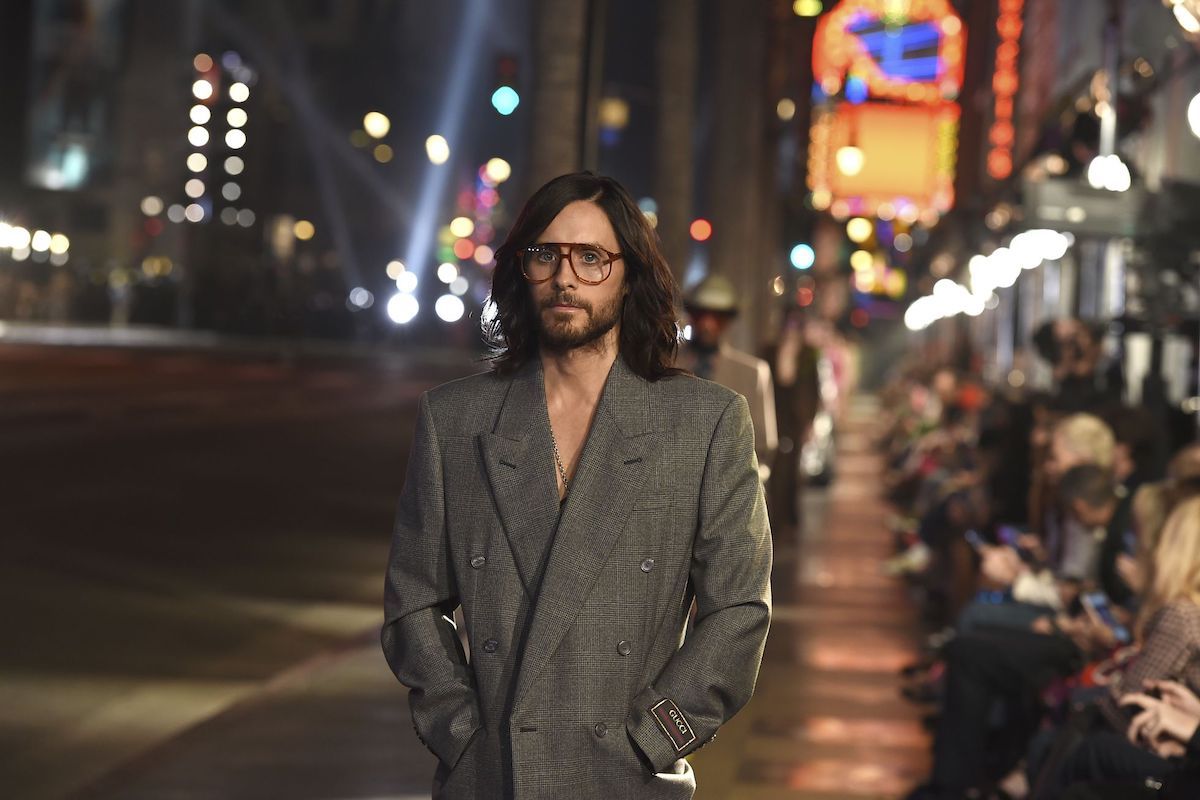 Gucci returns to the American catwalks after five long years (and a global pandemic in between). The last time he walked the runway in the great American country was in 2015, when he presented his Cruise collection in New York. Now, he takes to the streets of Los Angeles to present his latest collection: ‘Gucci Love Parade’.

And it wasn’t just any event. As Michele himself stated, it was a parade, something much bigger and more special than a fashion show. Among the attendees were prominent figures such as Diane Keaton, Gwyneth Paltrow, Miley Cyrus, Billie Eilish, Serena Williams and Dakota Johnson. And under the soundtrack of Björk, a very select cast paraded: Jared Leto, Macaulay Culkin and St. Vincent, among others. 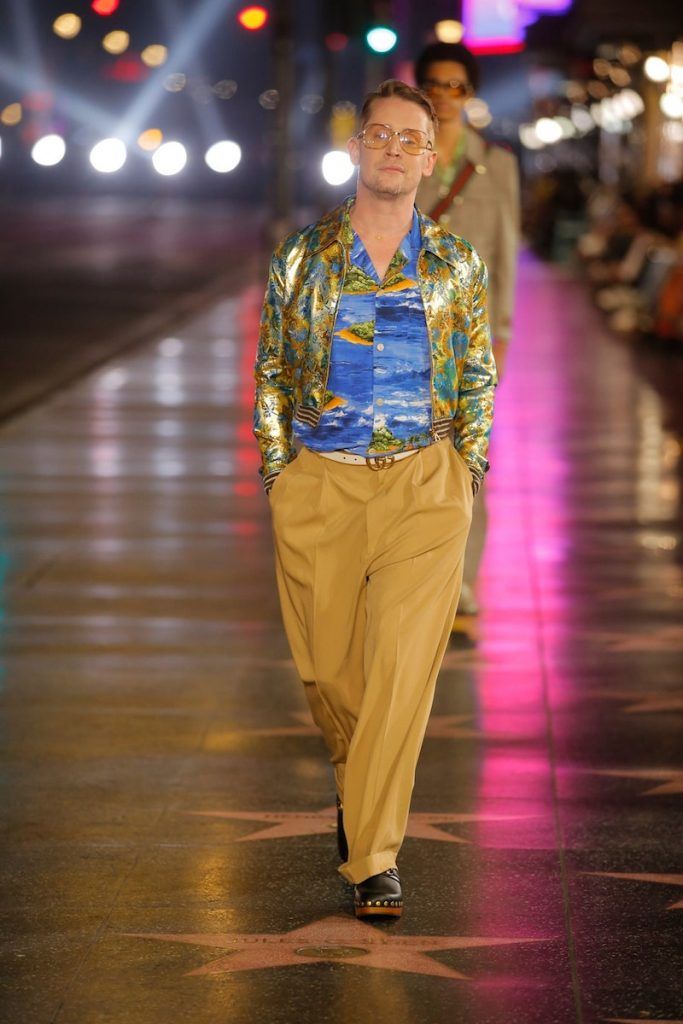 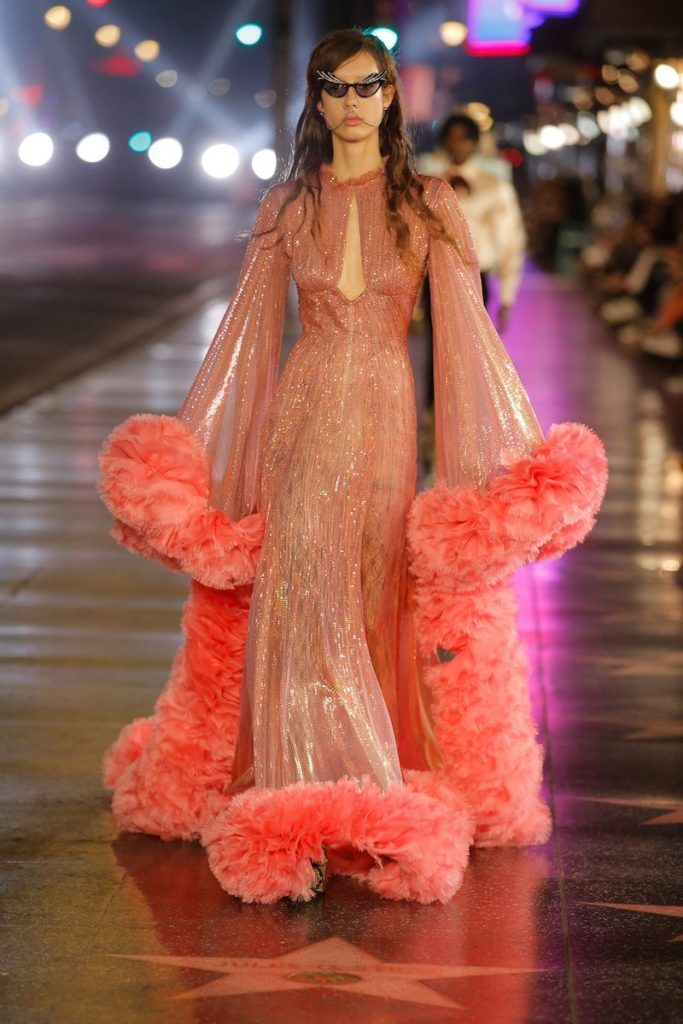 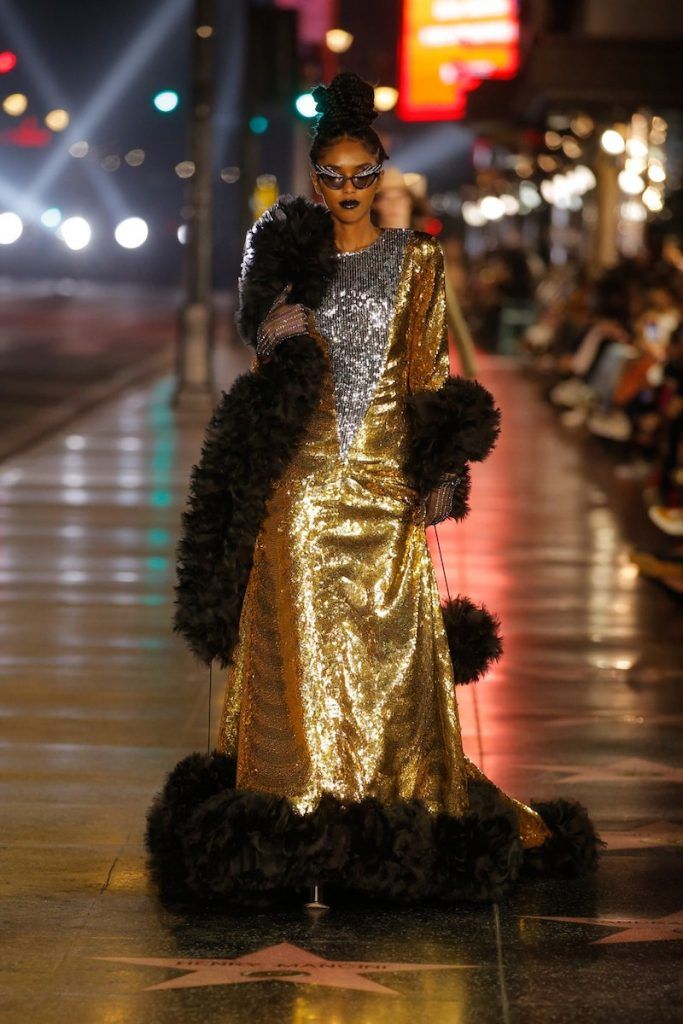 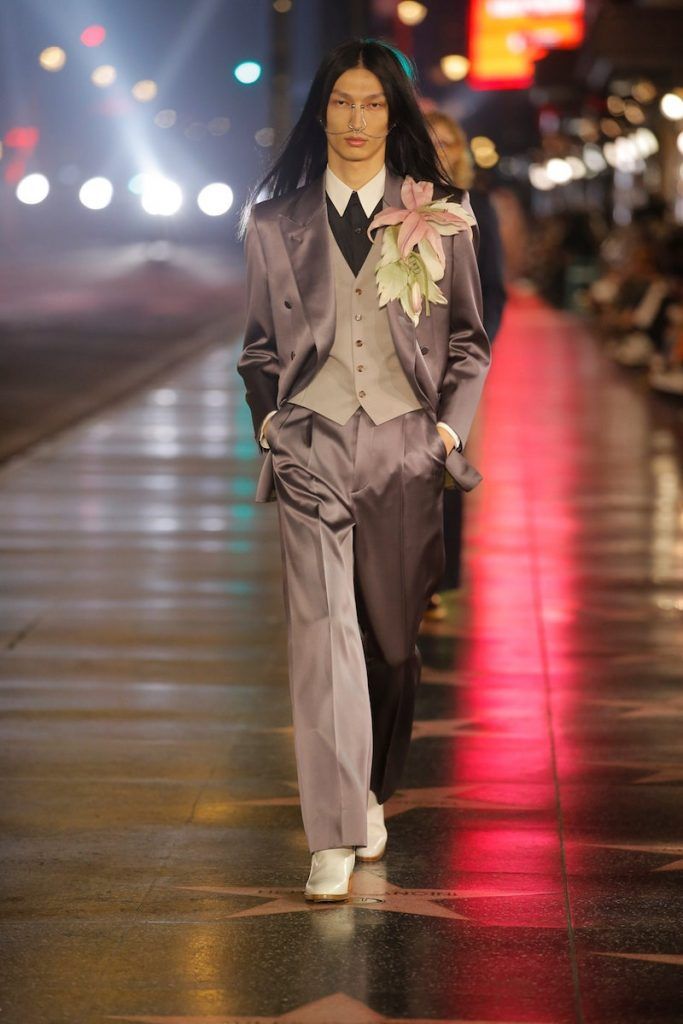 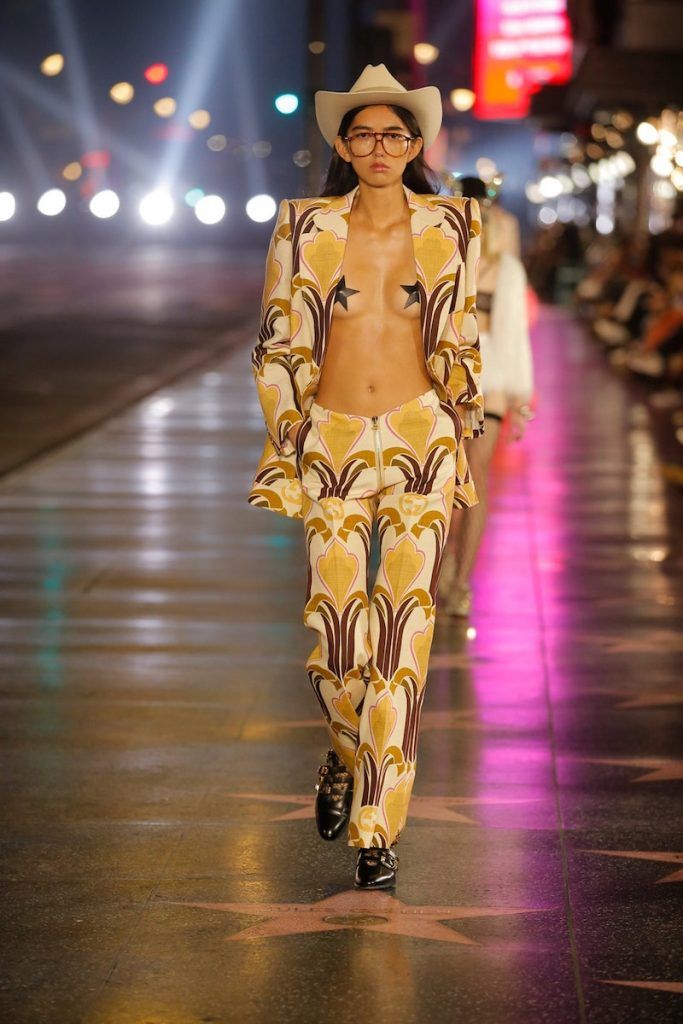 Through the ‘Gucci Love Parade’, Alessandro Michele once again combined the concepts of gender fluidity and inclusivity, as he has done since he arrived at Gucci in 2015. He made Los Angeles the perfect backdrop to celebrate the house’s centenary. Michele also used the occasion to reflect on the future of the industry and to donate $1 million to six organisations that help the homeless. This is a major problem that persists in the city today.

“When we think of America we don’t immediately think of fashion. But it is a tremendously influential country, thanks to the aesthetic projection of the image of its great social and political movements. By coming to Los Angeles, I wanted to pay homage to this city that, in a way, feels like home to me. And also to claim that fashion is as much or more on the streets than on the catwalks. My Hollywood, of course, is in the streets,” explains the creative director.

But the link between Gucci and Hollywood is not just about the fashion show. As we have known for months, both are working on the production of House of Gucci, directed by Ridley Scott and starring Lady Gaga, Adam Driver and Al Pacino. It will hit the US big screen on 24 November.

On today’s menu, the Swatch recipe for love
All about ‘Twisted Boom’, the new collection by SUOT STUDIO
The Stüssy x Nike Air Max Penny 2 reinvents itself in ochre colour
Dwyane Wade poses for Mario Sorrenti in the latest Versace Eyewear campaign
The next launch of NOCTA and Nike is based on fins
Upcoming Instagram update will allow sharing short messages with friends
The perfect gift for Valentine’s Day is from Vivienne Westwood
Palace unveils its full lookbook for this season
Who is Sabato de Sarno, Gucci’s new creative director?
Gigi Hadid is the muse of Givenchy SS23
Casey Cadwallader’s first bag for Mugler: a must-have in every sense of the word
Tiffany & Co. and Nike confirm upcoming collaboration