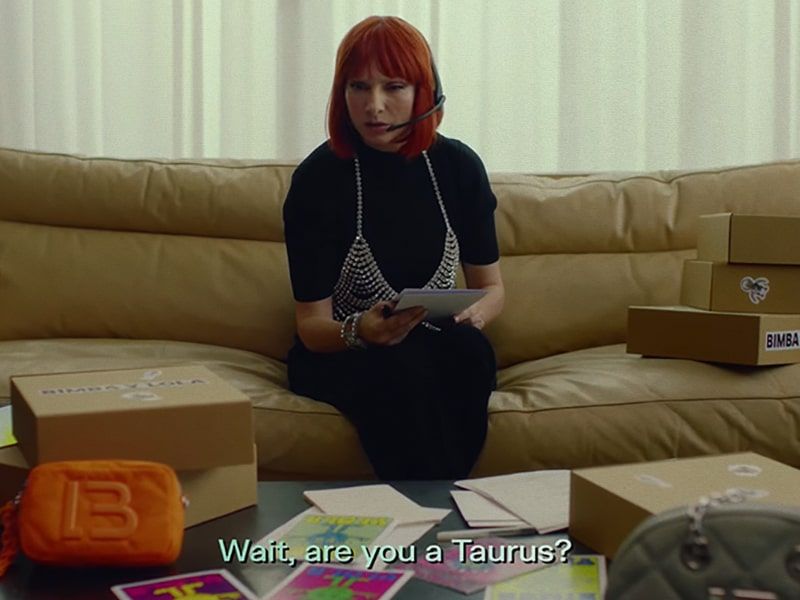 HOLA, BIMBA & LOLA arrives as an early Christmas present. Although we are used to surprising campaigns from the brand, this last one, directed by Virgil Jubero is even more special. Nawja Nimri stars in the fashion film in which Jon Kortajarena and Pamela Anderson have two very special roles. Yes, you read it well, Pamela Anderson.

At home, with her dog and surrounded by boxes of BIMBA AND LOLA, Najwa Nimri is a customer service manager ready to work her “magic” in each of the day’s consultations.

Jon Kortajarena is the delivery man with a broken heart and Pamela Anderson plays a grateful neighbor who comes by to wish you a happy holiday. She listens, suggests, and always gets it right. She has something for everyone, and everyone also has something to offer, because the best in life is not always in what you see.

The end of an intense day arrives, at the end of a year that has also been intense. Najwa is clear: the new year is going to be incredible.

BIMBA & LOLA has been going on for a few months without leaving anyone indifferent. The path of the Galician company does not stop improving and this is reflected in all the work that is revealed. The cosmic journey of Kelsey Lu, lthe Secret Santa party with the girls of Unemployed Magazine, the colab with DOM SEBASTIAN, the Fashion Industry Award… After a year full of surprises, the Galician brand ends the year with this short film directed by Virgili Jubero and produced by CANADA. A great gift for Bimba y Lola lovers to love the brand’s designs even more.

You can watch the whole fashion film in the official web of BIMBA Y LOLA.