Kim Kardashian wins a lawsuit, but doubts of plagiarism remain

Last February Kim filed a lawsuit against the American firm Missguided, the reason being the use of her image to promote its own products without prior consent. In addition, Kardashian said the company was selling “copies” of garments from her husband Kanye West’s firm, Yeezy, at much lower prices. Finally, after several months of waiting, it has come to light that the celebrity has won the battle. 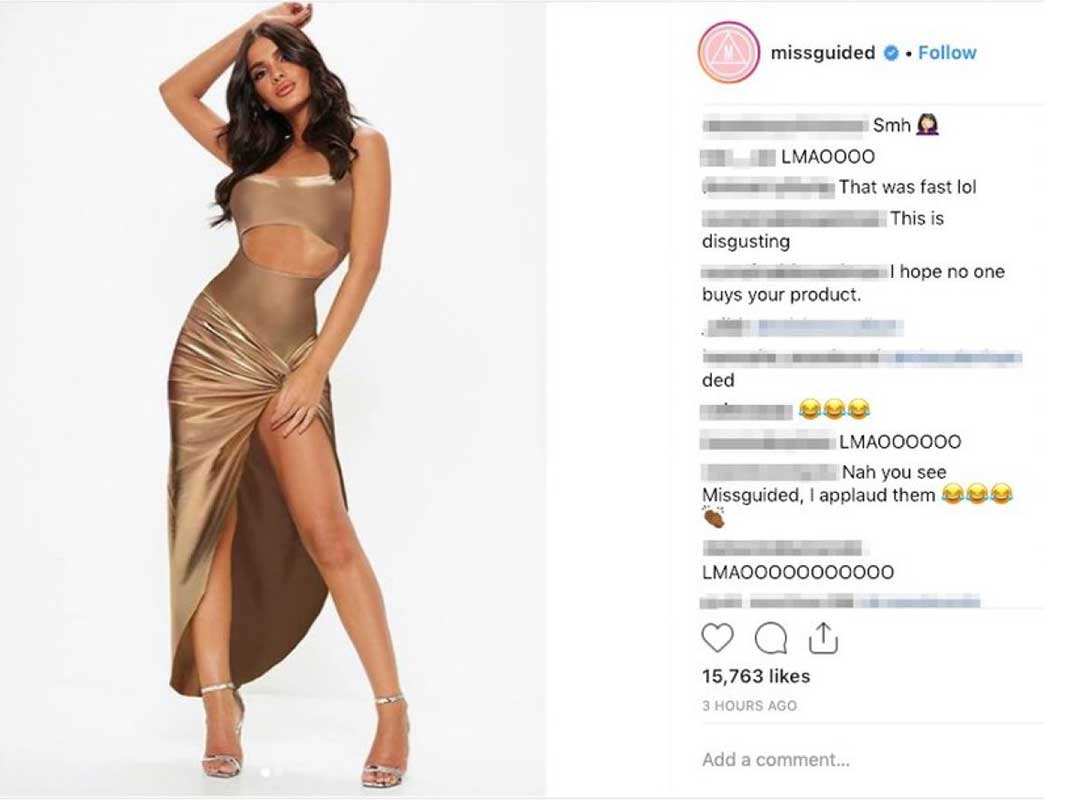 According to Page Six, the judge’s ruling states that the fashion firm will have to pay the businesswoman $2.7 million for damages, plus another $60,000 for legal costs. 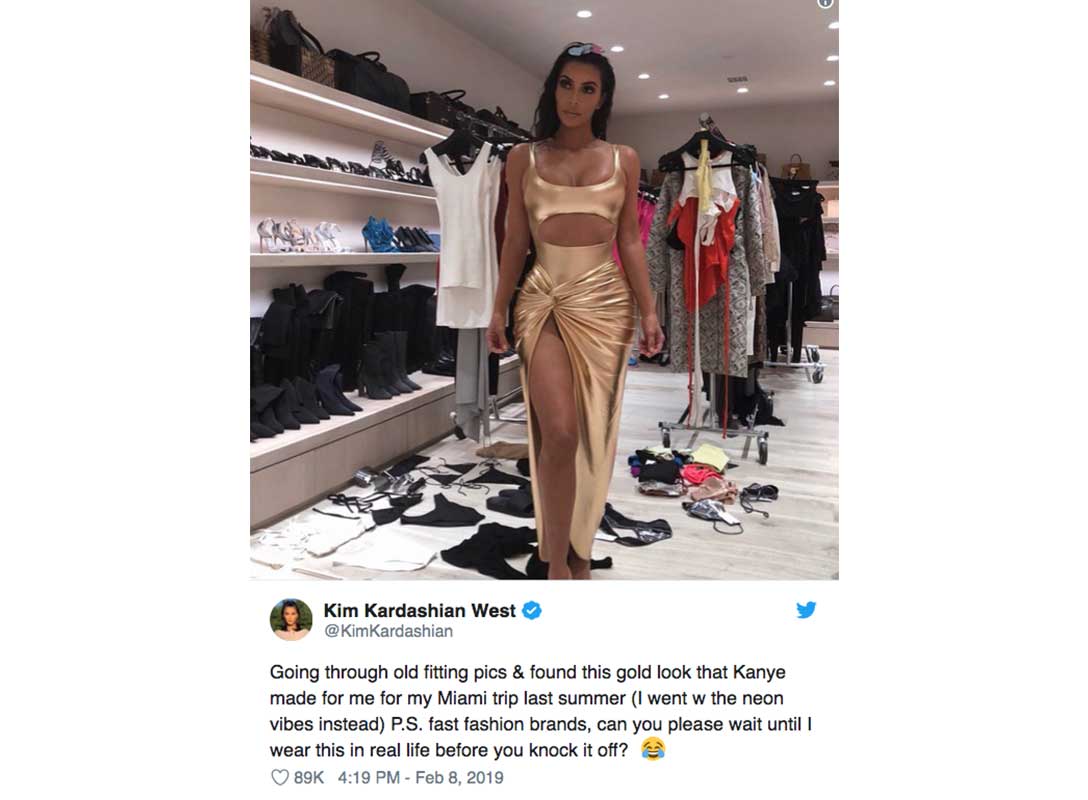 Originally Kim had demanded in the lawsuit $10 million for damage to her image by Missguided, as the reality television star claimed that such advertising could lead people to assume that she would be associated in some way with the brand.

In contrast, Diet Prada recently accused Kim of making, in collaboration with Fashion Nova, a dress imitating a Mugler dress worn by the celebrity. 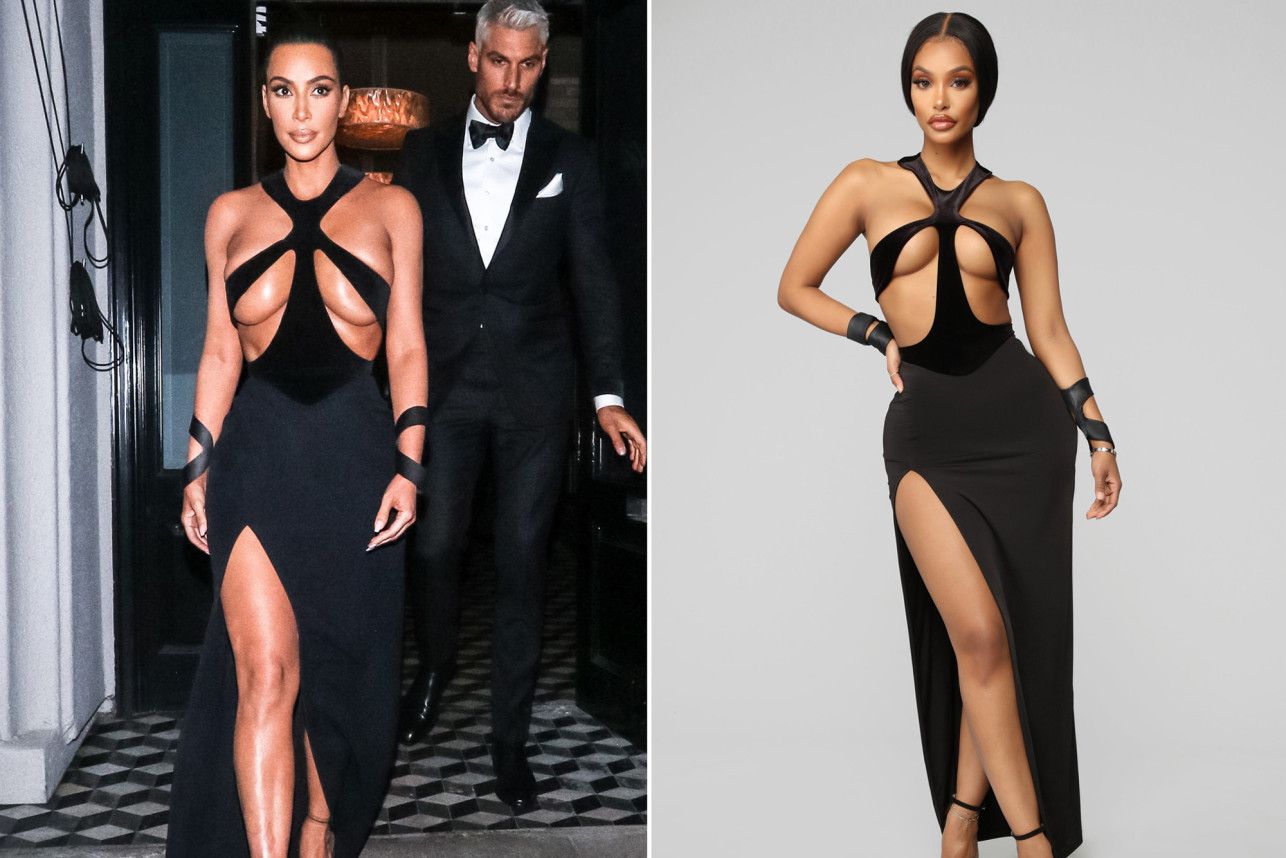 The profile published a video in which it compared Kim’s image with the photographic session that Fashion Nova did four days earlier, that is, the firm already planned to launch this design. But the controversy goes further, as Diet Prada specified that the images had been saved under the name ‘Kim dress‘ (kim dress), which served to accuse the businesswoman of collaborating with the brand to get a return on the luxury clothes she wears.

“Did Fashion Nova create her dress at her Los Angeles workshop when she saw Kim or does she sell her vintage findings to mass retailers herself before presenting them for timely and calculated release,?” the account asked.

No doubt the polemic with Kim is assured. A week ago she was forced to change the name to her new brand KIMONO.