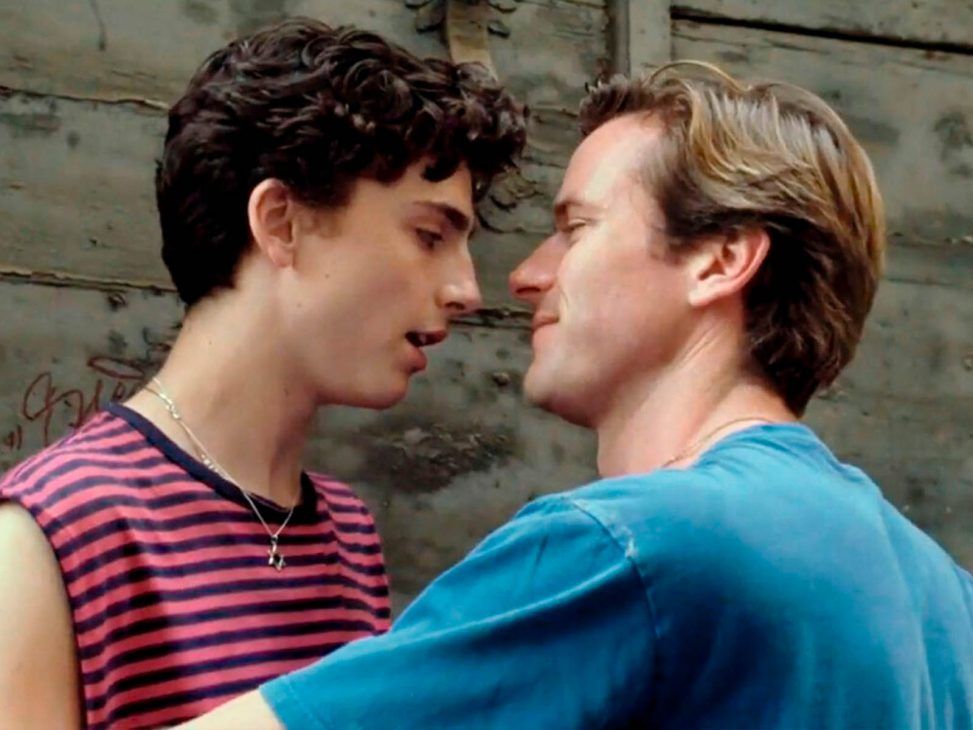 LGTBIQ+ friendly films and series you need to know about

In the middle of Pride 2022 month, from Team H. we recommend a wide variety of series and films starring or created by people who belong to the LGTBIQ+ collective to celebrate all that has been achieved, but also to vindicate the challenges we face.

If there is one series currently leading the way in LGTBIQ+ representation, it is POSE produced by Ryan Murphy and starring the two most stellar trans actresses of the moment: MJ Rodriguez and Indya Moore. The series is about ballroon culture and the voguing scene in 1980s New York and is available on HBO Spain and Netflix.

Call Me By Your Name

Another film that had to appear on our list is Call Me By Your Name directed by Luca Guadagnino. The film is about sexual freedom, the discovery of desire that continues to resonate in a scenario that still punishes for being and loving, as well as reviving the debate about relationships with a large age gap. Now on Amazon Prime Video.

The representation of trans men in popular culture is not as common, which is why this 1999 film starring Hilary Swank remains a must-see. The film chronicles the plight of a trans woman in a rural setting. On Amazon Prime Video.

Lola is an 18-year-old transgender girl who, after suffering rejection by her father, is forced to reconnect with him on a road trip in search of acceptance. Actress Mya Bollaers’ revelation is well worth watching.

Can you imagine how many interesting films classic cinema would have made if Hollywood had been a tolerant place for black and gay actors? That’s what this Ryan Murphy fantasy is all about.

Created by Mike Schur (The Office) and Sean Hayes (Will & Grace), this animated comedy for adults and not-so-adults follows a secret agent and his community of LGTBIQ+ spies who are constantly undervalued by others, both professionally and personally.

The trans cause is one of the most urgent in the LGTBIQ+ collective, and Netflix settles accounts with its television representation with this documentary. For this reason, the platform analyses and criticises the lack of references and the discrimination suffered by the collective in Hollywood.

Russell T. Davies, creator of the generational Queer as folk, offers a vibrant and painful chronicle of the AIDS crisis in London in the 1980s. A timeless reflection on the stigma of AIDS. Available on HBO Spain.

Portrait of a Lady on Fire

One of the most beautiful films of 2019 tells the story of an impossible romance between two women in 1770s France, which begins when a painter is commissioned to paint a young woman who refuses an arranged marriage. An LGTBIQ+ love story set in the 18th century. On Movistar+.

And Then We Danced

Swedish director Levan Akin delves into the world of traditional dances in his home country. A Swedish proposal about the discovery of desire and the manifestation of identity through art. Available on Movistar+.

It is not only a key film for the LGTB+ community, but also a masterpiece of cinema. Director Todd Haynes directs Cate Blanchett and Rooney Mara in a beautiful film about two women in love in 1950s New York. Now on Movistar+ and Amazon Prime Video.

Ang Lee brought Annie Proulx’s Pulitzer Prize-winning short story of the same name to the screen. Two young men meet and fall in love during the summer of 1963 while herding sheep on Brokeback Mountain in Wyoming, USA. The film chronicles their complex relationship over two decades, which continues as they both marry their girlfriends and have children.

Pedro Almodóvar is undoubtedly the director who has championed emotional and sexual freedom in Spain, and in his latest and most ambitious film, he addresses the infinite concerns of a gay filmmaker, from his first desire to how to live after heartbreak. The film is available on Netflix.

This 2007 Argentinean film is still one of the best portraits of a silenced reality, that of intersex people. Alex is a teenager who will lead us to know how she lives her secret and how people react to her intersexuality. Starring Ricardo Darín and Inés Efron.

The young Xavier Dolan is one of the essential directors of the new queer cinema. Matthias & Maxime are two friends who have to make a film for class and in one scene they have to kiss. This changes everything and makes them question their sexual identity. On Filmin.

The Boys in the Band

This film directed by Juan Bertuchi is one of the best LGTB+ fictions of recent years. It adapts an iconic play for the collective, Los chicos de la banda, about a group of gay friends in the 70s, but also includes the bisexual, lesbian and trans collective.

Isabel Coixet directed this film for Netflix about the first lesbian couple to marry in Spain without being annulled by the Church. Natalia de Molina and Greta Fernández star as Elisa and Marcela.

This documentary has more merit coming from Brazil, where the persecution of LGBT+ people is relentless. Laerte revolves around Laerte Coutinho, a well-known Brazilian cartoonist who lived for 60 years as a man until she decided to show herself to the world as a woman.

Created by Ryan Murphy and starring Ewan McGregor, this miniseries shines a light on the twilight of one of the greatest gay geniuses of the 20th century: the designer Roy Halston, who became a fashion icon in the 70s and 80s.