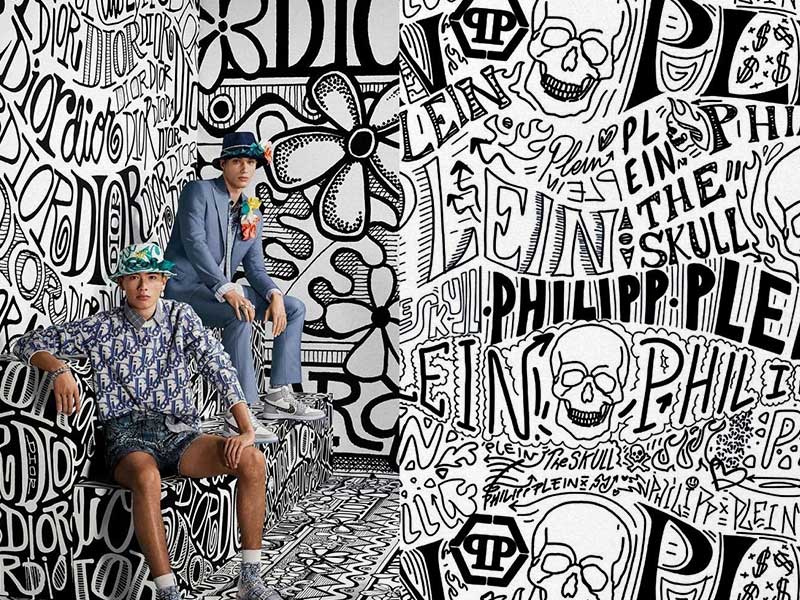 After paying tribute (to put it mildly) to Kobe Bryant during a fashion show where a gigantic golden helicopter was in full view of the public and after attempting to blackmail Ferrari by promising to make a huge donation to Black Lives Matter if he cancelled the lawsuit against him, Philipp Plein has been accused by Diet Prada of copying the works of art designed by Shawn Stussy for the Dior Pre-Fall 2019 collection by adapting them with his name, logo and signature skull. 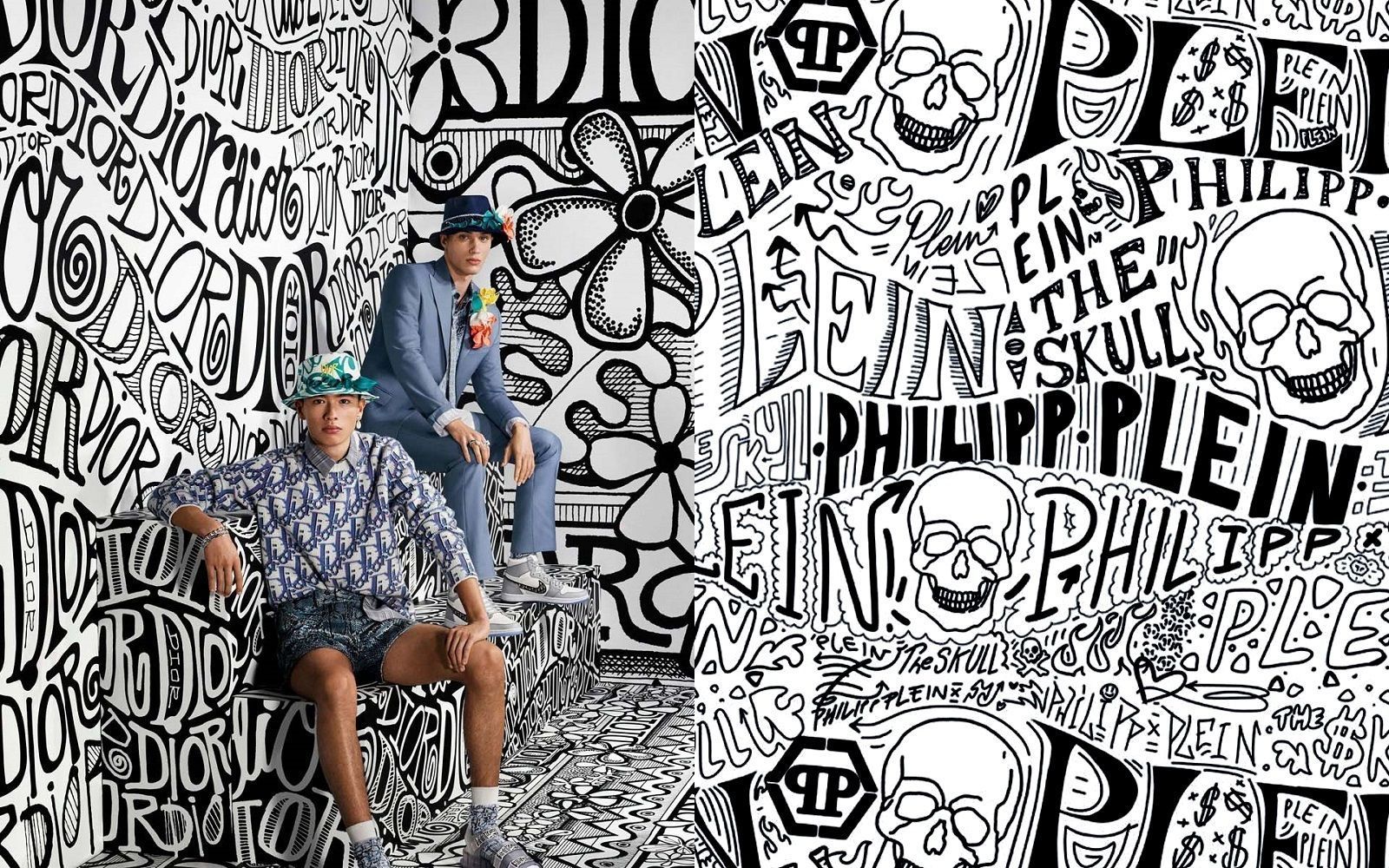 Accusations of plagiarism made against Philipp Plein have been many over the years. A few years ago the designer used the artwork of graphic designer Von San Pedro for the T-shirts in his SS18 collection. Alexander Wang also accused Plein of plagiarism in 2017 for staging his Plein Sport show – an identical copy of the stage for Alexander Wang x H&M‘s 2014 collection show. In 2018, the German was again accused by Diet Prada of copying Craig Green‘s designs for Moncler, while another case was in the brand’s FW15 collection, which featured accessories literally identical to those worn on the catwalk by young designer Hyein Seo for his FW14 collection. 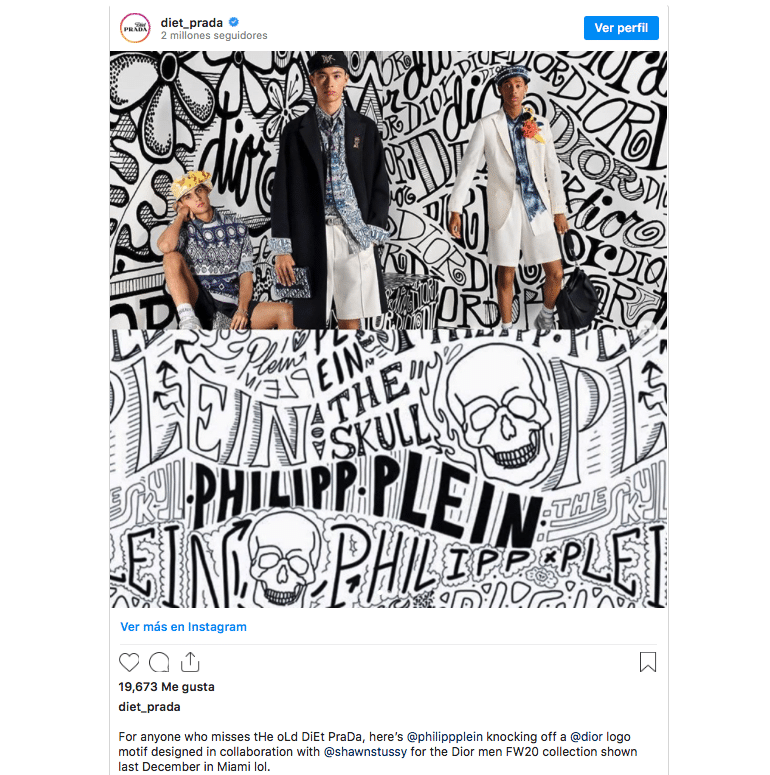 Dior FW21 renews militarism
Has the fashion industry appropriated the skate culture?
Shawn Stüssy and Dior: an ode to the Chinese New Year
Dior Makeup presents its spring collection
Shawn Stussy reinterprets Dior’s B27
Daniel Arsham drives his Air Dior into the future
DIOR launches the ultimate balm to moisturize your lips
The 5 most iconic fonts in the fashion world
The new “Forever Diormania” Gold Edition
Dior is inspired by pop culture in its pre-fall ’21
Stars in Dior | Paradigm shift in the virtual front row
Dior and Scharf’s surrealism together in 2021