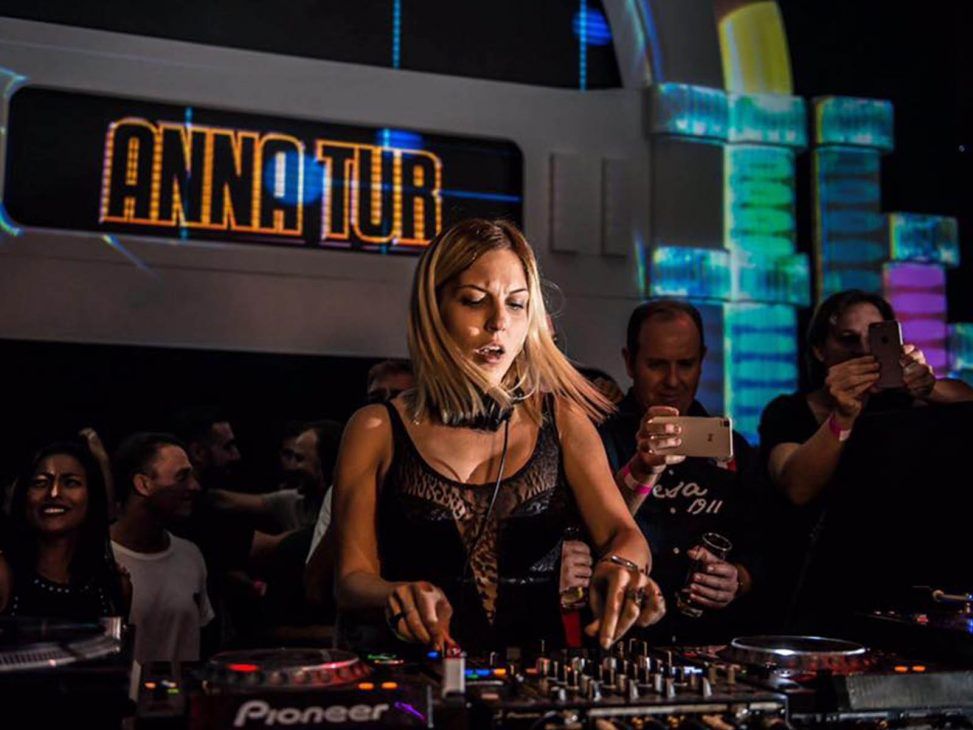 We introduce you to the most established female dj’s on the electronic scene in recent years. If you are a techno lover, don’t hesitate to track down what these women who have managed to make a name for themselves at the top are doing.

With a very particular style, which the DJ has called “k-house” in reference to k-pop music, the artist has managed to make her music the undisputed vehicle of her success. Peggy Gou is a style icon, a member of a new generation of DJs who are not content to disappear into the obscurity of the booth, but who seek to take risks with their looks and incorporate them into their music in one way or another. In the DJ’s life, music and fashion go hand in hand, and it is as common to see her DJing at Primavera Sound as it is at the Burberry fashion show.

Acid from another planet, wall-shaking beats and infectious energy is what Amelie Lens brings us, be it with her acclaimed productions or in her masterful sold-out shows. In just six years, the Belgian DJ has carved out a place for herself at the top of the scene, achieving techno phenomenon status. Despite the criticism of her rapid trajectory, there is no doubt that Amelie Lens deserves success. She has hit the club and festival circuit like an earthquake, picking up all the support she can get along the way.

Anna Tur is one of the most solid artists in our country and one of the most charismatic and influential people in the electronic music industry. The Ibizan has played in the booths of the best clubs and festivals of the international underground scene. In her sessions, in which she mixes sounds ranging from the grooviest house to the most melodic techno, she shows her passion for music and her solvency behind the decks. The DJ has won some of the main international electronic music awards and her name is featured on the billboards of the main festivals around the world.

The most successful Ukrainian DJ in the world and the most touring artist in the history of her country, she is the founder of the NECHTO label and co-founder of the Strichka festival in Kiev in collaboration with Closer. She is one of the key figures of the Ukrainian scene. She has been DJing since 2006 and has traveled all over the world. In recent years she has focused on NECHTO as a label and event brand to bring something revolutionary to modern dance music culture.

Few artists have experienced such a meteoric rise as the young Belgian DJ. Her penchant for dark beats full of feeling and acidic brushstrokes has catapulted her to the top of the industry. She has even dethroned Carl Cox at the top of the lists of most influential DJ’s thanks to her forceful and dark style, combined with a great skill when it comes to DJing and being able to transmit a lot of feeling with all her sets.

A name that has been consolidated in recent years. From Naples, the city where he has lived since he was 18 years old, Anfisa Letyago exports a groove-laden techno sound worthy of the attention of the greatest. Cult club music labels like Drumcode, Kompakt or Rekids were quick to spot her talent and release her releases, before, already in 2021, Anfisa Letyago herself announced the creation of her own label, N:S:DA.

There are not many artists on the electronic scene who can span the wide swath between synthwave and the relentless percussion of Berlin techno. The American grew up in Arizona and gained a lot of experience as a party promoter in the industrial warehouses of the Bay Area in San Francisco and Oakland, just before moving to Berlin. Avalon Emerson has today an eclectic approach, very focused on the music and able to release all the utopian potential that a dancefloor can treasure.

Cora Novoa is a music producer, creative director and researcher working at the intersection of art and technology. She has played her modular live all over the world at festivals such as Sónar Barcelona, Tate-Modern Museum or Magnetic Fields India; she also combines her artistic career with other professional facets such as Ableton Official Trainer, music content curator, giving masterclasses on the music industry or creativity and creative direction of her own label SEEKING THE VELVET.

For Helena Hauff, club music has never been limited to the dance floor. Inspired by the ability of pioneering electronic music to transcend the limited possibilities of hardware, her career as a DJ and producer is marked by the will to make an experience more than the sum of its parts. Her exquisite DJ sets range from acid to electro, also embracing EBM, techno and post-punk.

Louisahhh, the most punk DJ of the techno scene, opens up in front of the … Trying to live one day at a time in a very literal sense. Born in New York and settled in Paris, the DJ, producer and vocalist surfed the crest of the wave when electro and techno took over the world in the first decade of the 2000s. A woman who has always had very clear ideas and who has taken advantage of her unmistakable voice to preach her values, her virtues and her vision of the world, both inside and outside the musical sphere.

One of the young and promising talents of the international scene based in Kiev, Ukraine. In recent times we have been able to enjoy her in the best clubs and festivals both solo and in B2b format with Nastia. Our guest is not limited to one particular style, she is able to select extraordinary tracks from various genres of electronic music and put them together to create something new.

Seemingly overnight, HAAi has become everyone’s new favorite DJ in London. At first glance, it can be explained by her surprising election as the author of the Essential Mix of the year, the prestigious BBC Radio 1 mix series, beating in the final such established names as Four Tet and Villalobos, and solid values of the international scene as Avalon Emerson.

The first woman DJ from the Palestinian territories, Abdulhadi not only put her city, Ramallah, on the world map of electronic music, she also became a kind of cultural ambassador for her homeland. Her name embodied a modern Palestine open to the world, a rare image in the international press. Until a clash with Islamic fanatics turned her into a symbol of the opposite.

Honey Redmond is the reference for many minorities in electronic music: female, trans and African-American. DJ and producer, she has the power of house music for being born in the cradle of the genre. The wisest DJ in Chicago has thrilled Wolfgang Tillmans, Madonna and the thousands of fans who crowd around her mixing desk with her mixes.

Ann Clue is an electronic music DJ and producer. During the process of the last few years of boosting the career of her best friend Boris Brejcha, she started producing her own style. The last few years she has been living life on the edge, managing the agency and traveling the world at the same time. His sets vary from darker melodic tones to acid and strong bass lines.