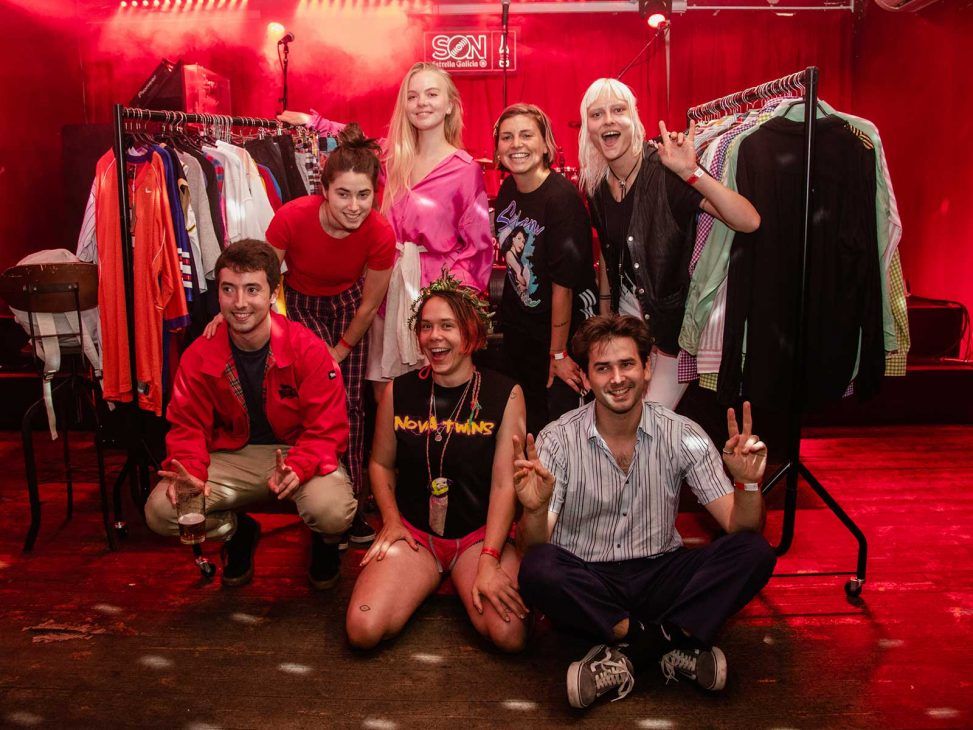 SON Estrella Galicia continues to resonate throughout the universe with its cultural experiences that fuse music and beer into one eloquent concept. Not only for its musical events themselves, but for all the emerging and LGTB+ talents that orbit them, and the positive impact that its iconic beer champions. 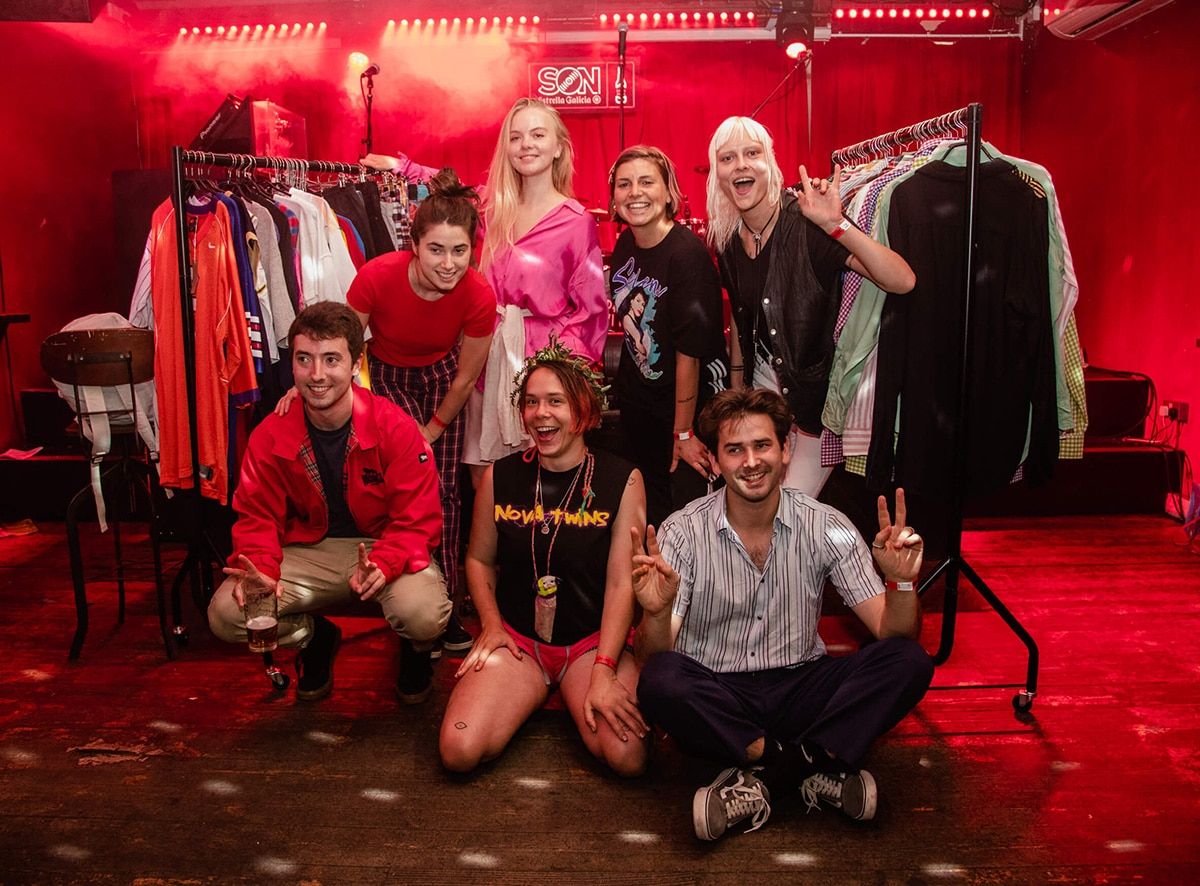 From HIGHXTAR, we had the opportunity to travel to London with the Estrella Galicia team to live their first musical and beer experience in the artistic neighborhood of Hackney. Specifically, in Paper Dress Vintage: an eclectic space in which coexists a sustainable vintage fashion boutique from the 20s and 80s, a bar and an underground club.

The collaboration between SON Estrella Galicia and Paper Dress Vintage was installed on June 22 in an ephemeral format both in its outdoor patio and in its indoor store and nightclub located in the upstairs room. There we lived a fleeting but intense experience starring two booming countercultural bands: Dream Wife and Belako. 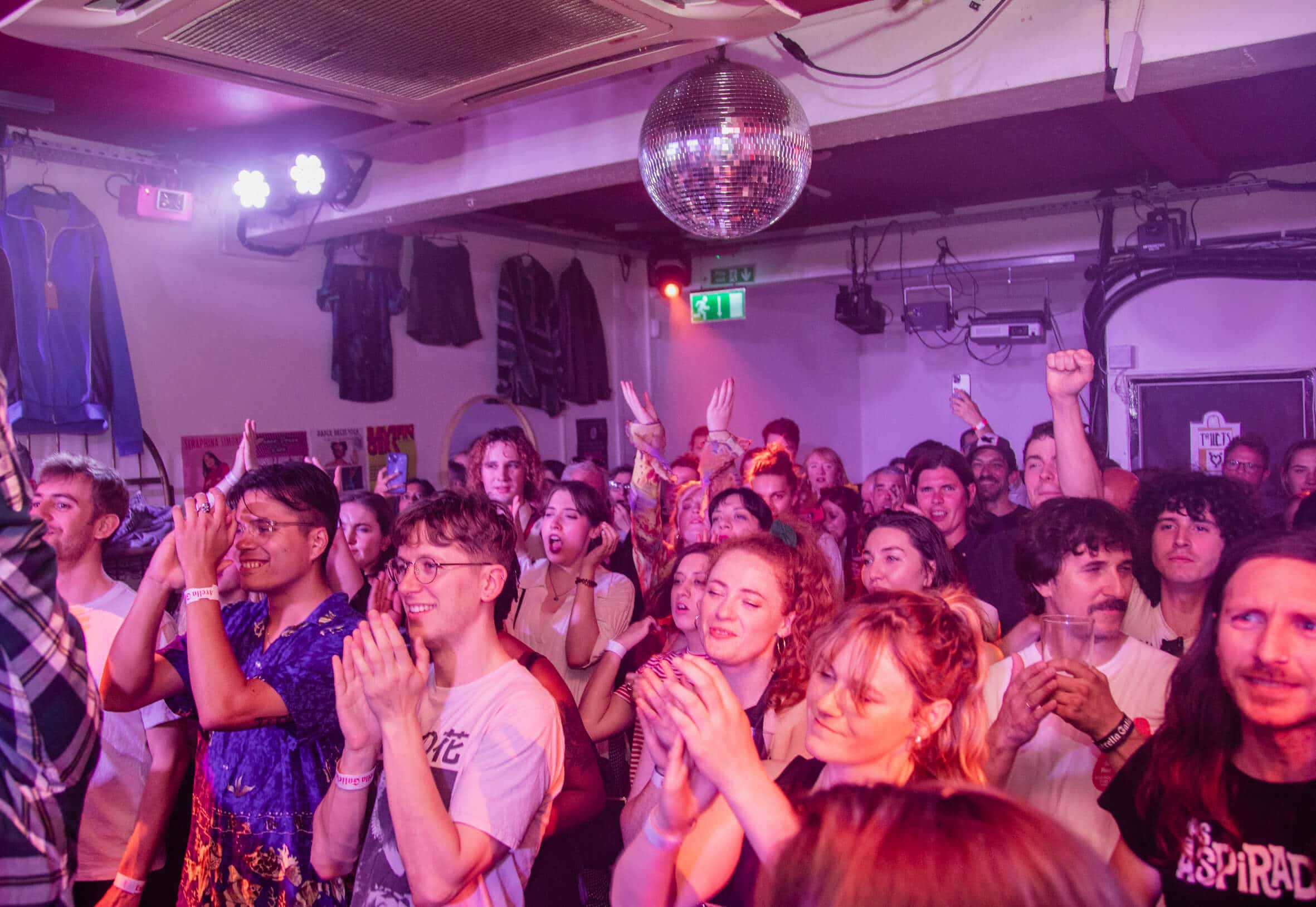 The beer music project landed in London, after having passed through capitals such as New York and São Paulo, to connect sustainable fashion and music in a playful and experimental way in one of London’s cult thrift stores. An exciting action in which Spanish and British cultures joined hands to reestablish links after the radical rupture of Brexit.

“Traditionally we have sourced all our beer from local breweries, but after Brexit we felt it was time to re-embrace our European cousins and in Estrella Galicia we have found a great ally; their beer is delicious and their taste in music is just as good,” expresses Stephen Dix, co-owner of Paper Dress Vintage, about his creative union with the brewing company.

The evening was falling in the effervescent neighborhood of Hackney, and in the backyard of the venue, we were relegated to pure hedonism, between an assortment of meals such as pizza or Galician octopus, DJs who put the sound and vibe to the moment, and the nonconformist live art of British Mel Rye. The artist’s mural was set up as an outdoor backdrop, while Alex Amorós‘ photographic exhibition finished outlining the composition of creative leisure that lasted into the night. 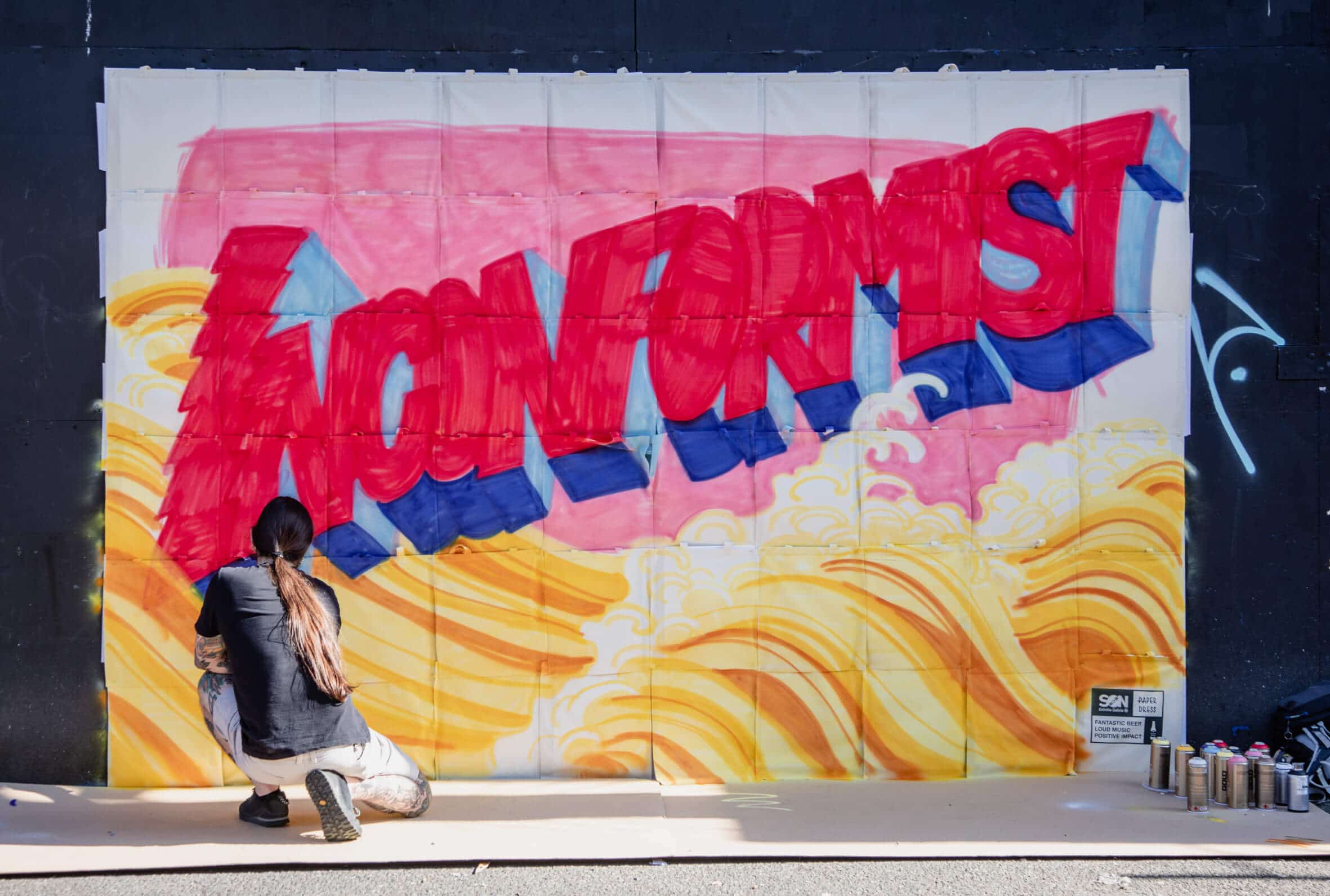 Without ever leaving the beer, we were later able to enjoy a masterclass in which the brand’s master brewers challenged the public to throw the perfect beer. All this without forgetting the powerful message that enveloped the whole experience: the importance of the positive impact in an event in which the aim was to reduce, reuse and recycle packaging, in addition to raising public awareness.

The darkness of the night was projecting the live shows. It was time for Belako, the Basque post-punk band that has become one of the reference bands of the independent scene. Through their latest album ‘Plastic Drama‘, the quartet from Mungia has managed to distort the international scene -touring with artists like Crystal Fighters– with songs that shook and made the whole room of Paper Dress dance arrhythmically. 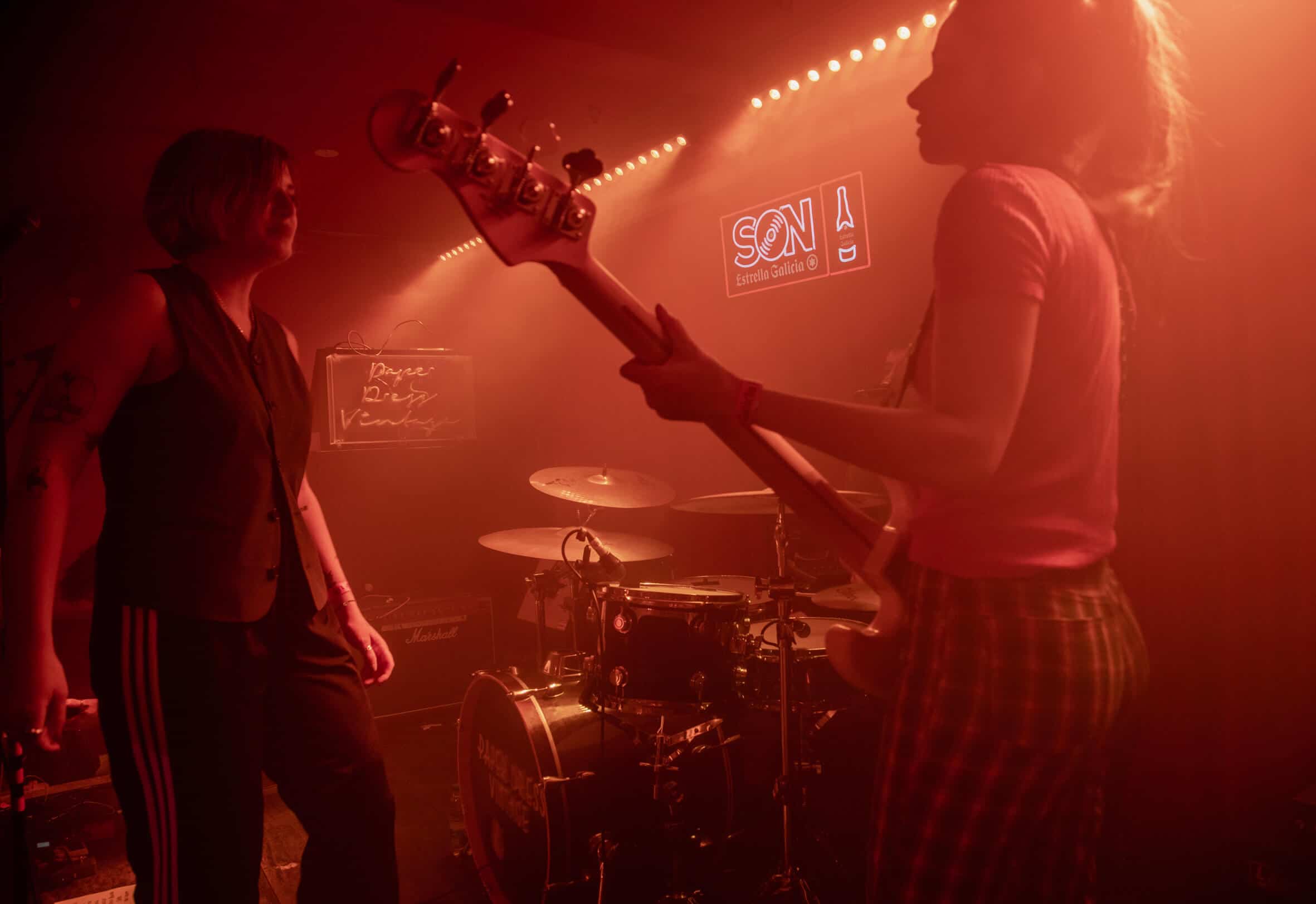 That same energy was transformed into emotion and vindication with empowering speeches that uplifted women and non-binary people in the industry. A transcendental message that Dream Wife, the next band to perform on stage, also subscribed to.

The English trio that has toured with iconic bands like Garbage or Sleigh Bells, has emerged today as one of the most acclaimed bands in the country with their sounds of garage-punk riffs and dance-pop. The girl squad of Rakel Mjöll, Alice Go, Bella Podpadec, and drummer Alex Paveley, finished off the night with their transgressive tunes and revolutionary sounds. 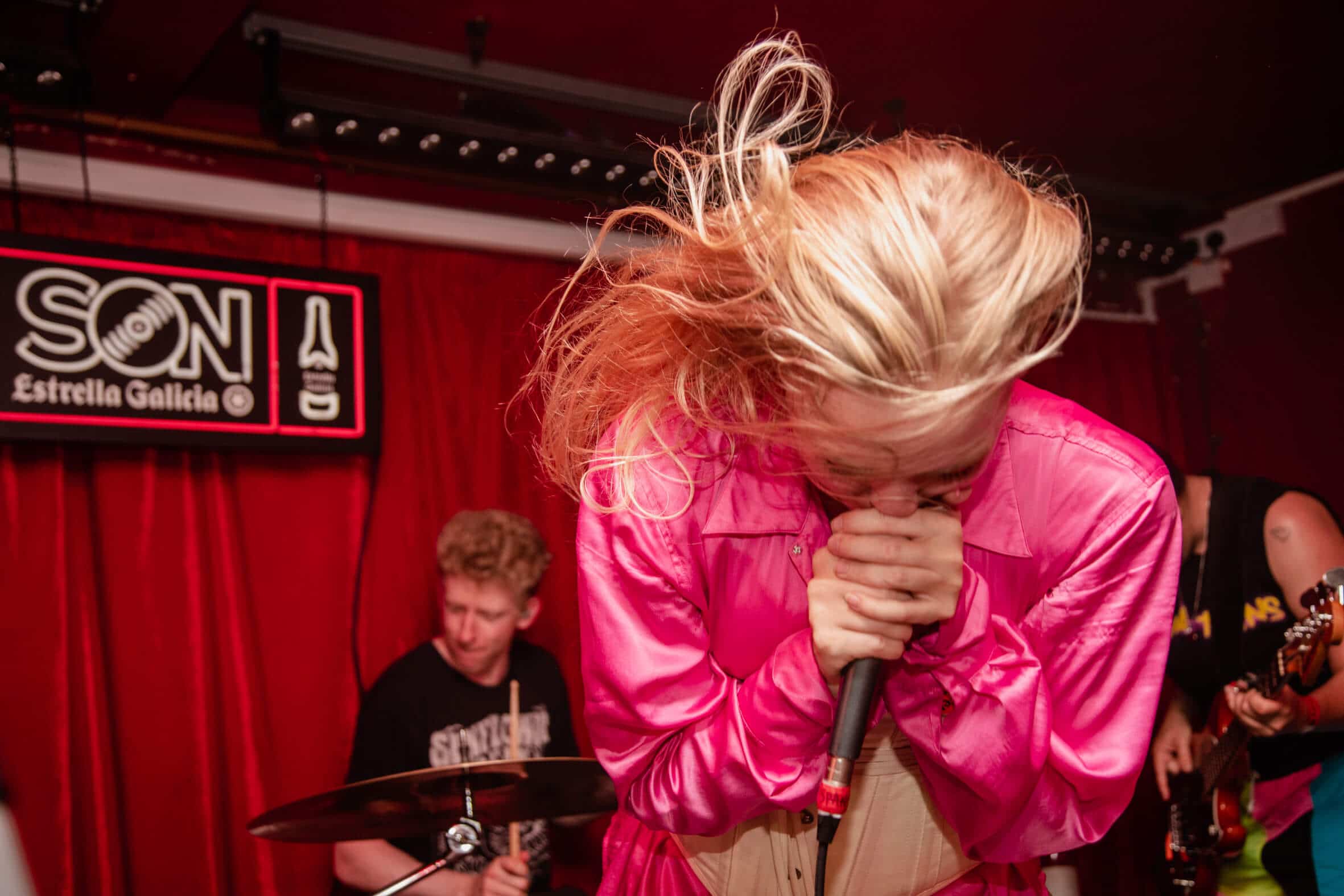 The cultural experience came to an end with some Estrella Galicia beers to put the icing on the cake of a unique event that beyond glimpsing a bubbly future for stars like Dream Wife and Belako, served us the best beer sealed by empowering and conscious messages.

Warburton designs Lunay’s European tour collection
Can the beauty world function in the metaverse?
Diesel captures the clubber euphoria in its new campaign “Track Denim”
Is fashion really doing enough for the planet?
Warburton x Ganga Tattoo explore the art of graffiti through “DREAMS” SS22
Fendi SS23 dream vacation
Balenciaga, Prada and Thom Browne: the first brands to join Meta
The temple of the Greek neo-gods of Versace SS23
Will the future of luxury be grown in the laboratory?
What will the acquisition of Highsnobiety mean for Zalando?
Generation Z’s obsession with counterfeit fashion
Juicy Bae to present her new album at Sónar by DICE