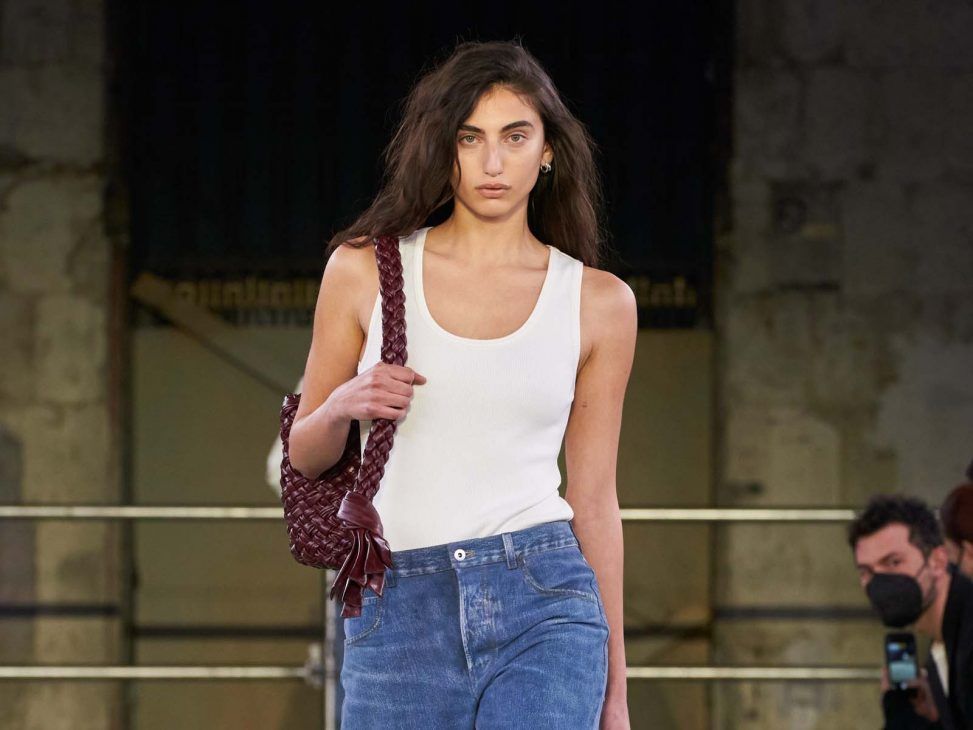 This is one of the most repeated trends at fashion week

From the moment Kaia Gerber appeared opening the last Prada show during Milan Fashion Week (MFW) wearing a white tank top, we knew it would become at least one of the must-haves of the season. As the fashion month progressed and all the shows were held, this garment began to gain more prominence, until it became one of the clear trends of all the fashion weeks. 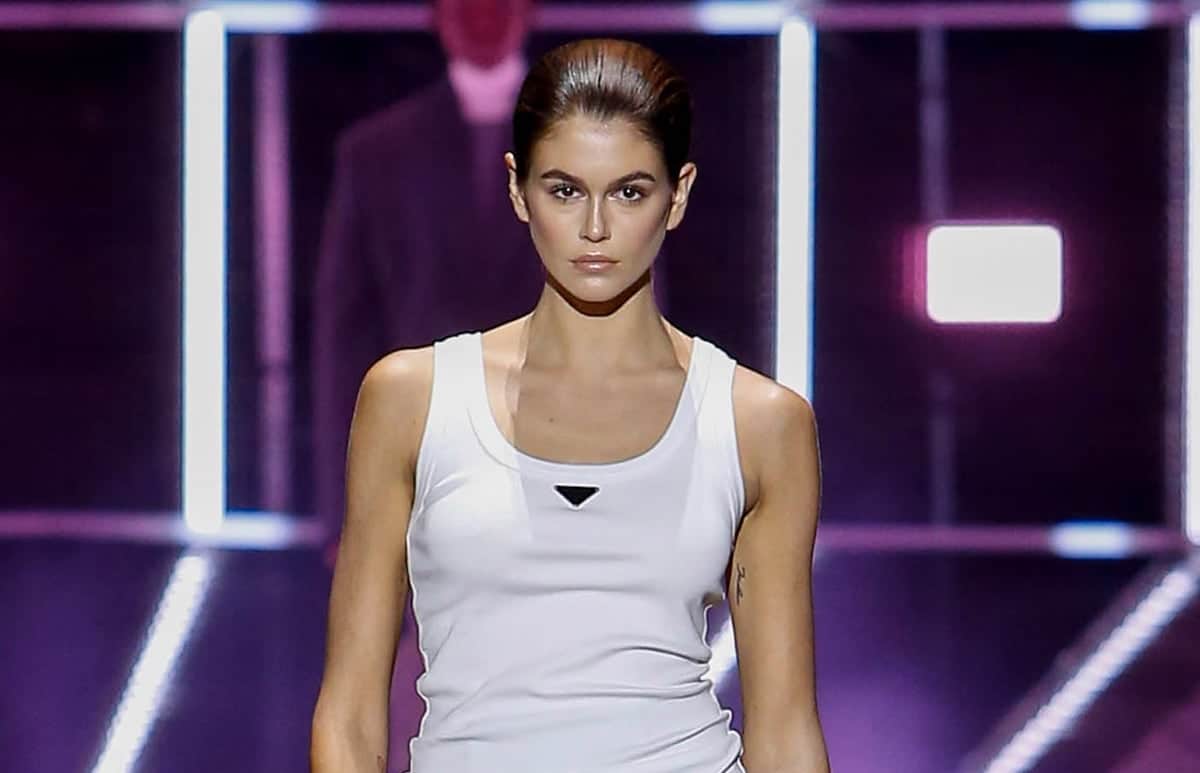 We saw them in the proposals of many of the industry’s leading brands, combined in different ways and styles. For example, Prada decided to add its logo in the shape of a triangle and combine it with mini skirts, like the one Gerber wore in the show, made of grey flannel, black crushed satin and a metallic mesh with crystals. In the case of Bottega Veneta, Matthieu Blazy’s debut collection also included this basic and not in a single look but in several, combining it with everything from jeans to black dress trousers or a braided leather skirt.

Sacai, Chloé and Acné Studios were other luxury brands that also decided to patent the traditional white tank top, each in their own way. Sacai, for example, like Prada, decided to open its show with a look composed of this piece and a long satin skirt with sporty details, while Chloé decided to make them in ribbed fabric and combine them with leather trousers.

Different versions and different styles. Combine it as you like, day or night. But if there is one thing that is clear is that this season you have to have one and follow the trends.

Kiko Kostadinov unveils women´s ss22 campaign
“Gucci Cosmogonie” goes far beyond the world of constellations
The metaverse has a new dream team: Domingo Zapata and Sita Abellán
Jacquemus announces collaboration with Nike
Get ready for the beach and pool season with these Prada mules
The funniest campaign of the moment is by Loewe
Carne Bollente x Bigotre is much more than a simple collab
Cass x Prada: the artist reinvents the Prada America’s Cup
Check out the first Adidas x Gucci lookbook now
Hyperphysical stores as the new retail temples
Bottega Veneta updates its Cassette bag ‘Parakeet’
Jean Paul Gaultier and Lotta Volkova join forces to…