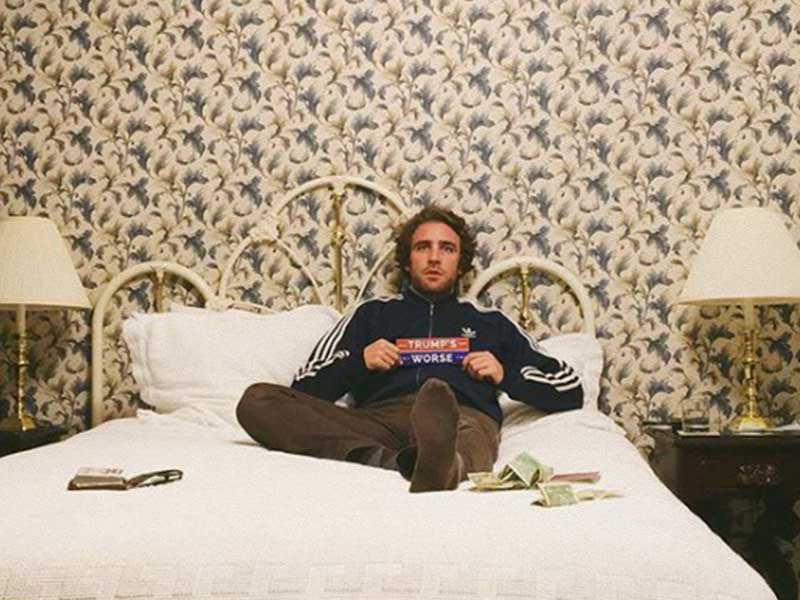 We talk with Santos Bacana, the director behind C.Tangana’s new videoclip ‘Un Veneno’

A Spaniard successfully settled in Los Angeles is behind the direction and part of the lyrics of C.Tangana’s new videoclip, ‘Un Veneno‘.

We are talking about Santos Bacana (@santosbacana), who defines himself as an artist with multiple facets where he can also work as a director. In a chat with him, he tells us about his feelings, the style behind the video clip and how he feels enormously fortunate to have participated in this project:

“It’s as if an unknown painter had been given a blank canvas in a good museum”. –  Santos Bacana

Highxtar (H.) – How would you define your facet as an artist?

Santos Bacana (SB) – Every day I doubt my facet as an artist, but I trust that it exists and I have the verbiage to sell it.

H. – What disciplines do you work in?

SB – In several, like almost all artists today. I like almost all forms of writing, directing, designing and from time to time, I stand in front of the camera. As the Eames used to say: “Eventually everything connects”.

H. – You’re currently living in Los Angeles. Is your career more successful there than in Spain?

SB – Yes, I came to LA when I was twenty-three years old and I’ve professionally built myself here. Since then, what pays my bills are the projects I work on here, but since coming here I’ve tried hard to keep a foot in Madrid. I love everything that has happened in Spain.

H. – How would you describe your creative style?

SB – I’ve been trying to find it for a couple of years and today I think it’s very related to my roots converging with this new world.

When it comes to creating, concretely, I’m chaotic – everything bubbles up and I channel what I can, then I try to organize it. It’s more or less as if for a minute it rained notes and you have a bag where only a little goes in. You take everything you can and then you’ll decide how to waste it.

H. –  You have just released the videoclip ‘Un Veneno’ by C.Tangana and El Niño de Elche, which aesthetically is based on a vintage touch in the shots and visual effects. Why this style of video in this type of song?

SB – We thought it was the best wrapping for the song. A bolero, a Spanish artist in Los Angeles, the Chateau Marmont and El Floridita… everything connects in that world. We wanted that whoever sees this video in the future has to look at the details to locate it.

H.– The video clip already has more than 2 million 300 thousand hits on YouTube and every minute they go up. How do you feel about it?

SB – It’s as if an unknown painter had been given a blank canvas in a good museum. I’m very happy because this video takes a piece of my life that stays there. I loved to see the analysis videos of some youtubers, I bless the 21st century.

H.– What can you tell us about your experience making this video clip?

SB – It’s been amazing and chaotic from the beginning. The idea of doing it arose two days before the shooting, while we listened to the song at dawn and at full volume in the studio. The next morning I threaded the story and then we did it.

As Pucho says, there were accidents (surprises), everything bad that has something so improvised is also good. Working with him reminded me of when I co-directed with my friends.

H.– What professional relationship do you have with these two artists?

SB – Until I directed the video, my role was to help write the lyrics. Specifically, to put a little more punishing expressions and bring the bolero closer to something more ours. I enjoyed that process as much or more than shooting the video.

H.– After this step in your career, what’s the next big project you’re working on?

SB – I’ve just finished ‘Condominium’, my first short film. It’s about the interpersonal relationships of this time in this city. We are also about to premiere in Madrid a short documentary directed by my friend Roger González (aka Rogelio) (@roger_gonzalez_) where I premiere in front of the camera. Another story, but in the background the same thing.