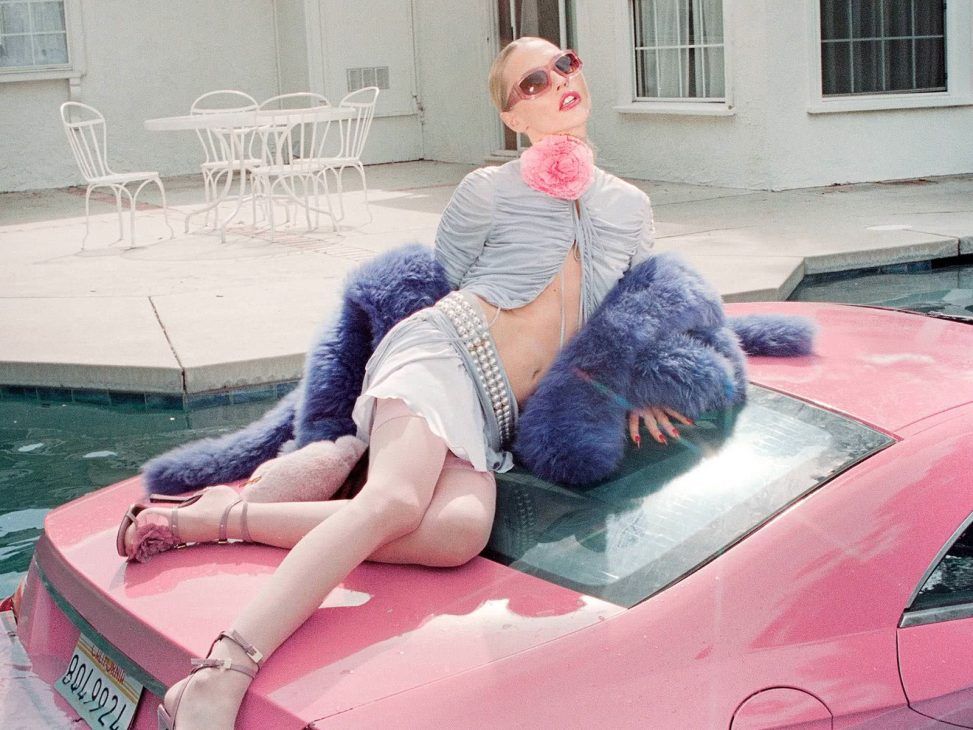 Blumarine FW22 campaign explores the most extreme and dramatic side of the feminine soul. Through the eye of Petra Collins and styling by Lotta Volkova, the image has clear references to Lynch’s ambiguous atmospheres. 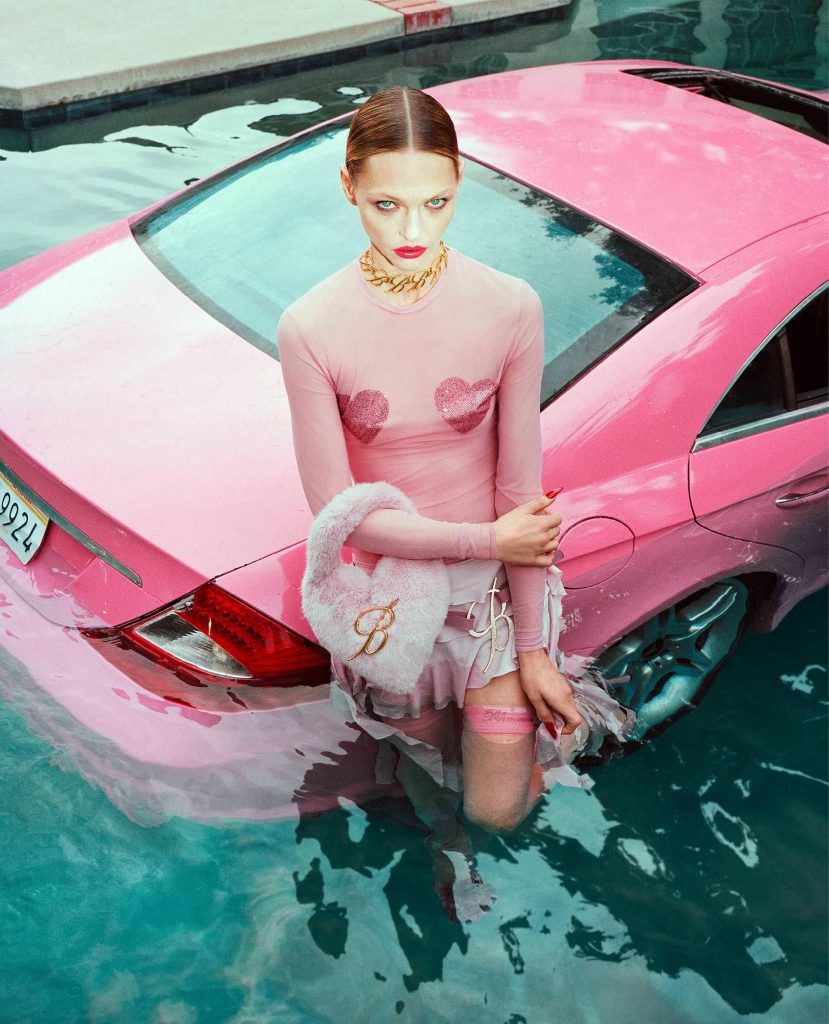 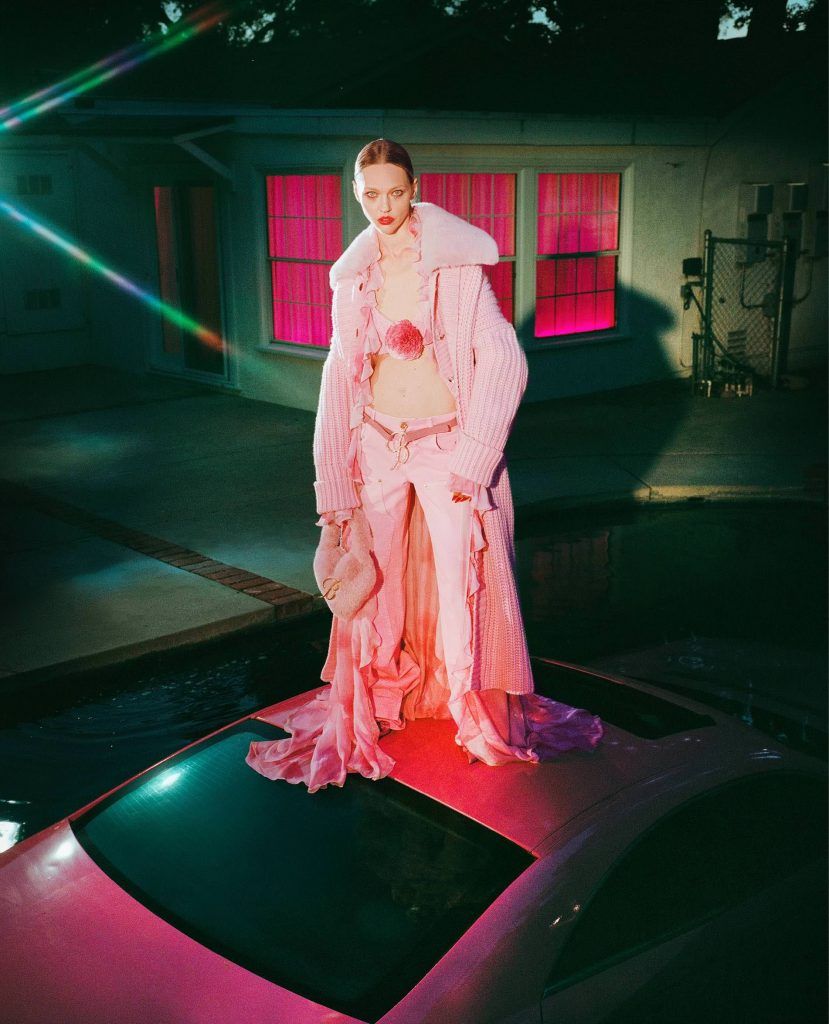 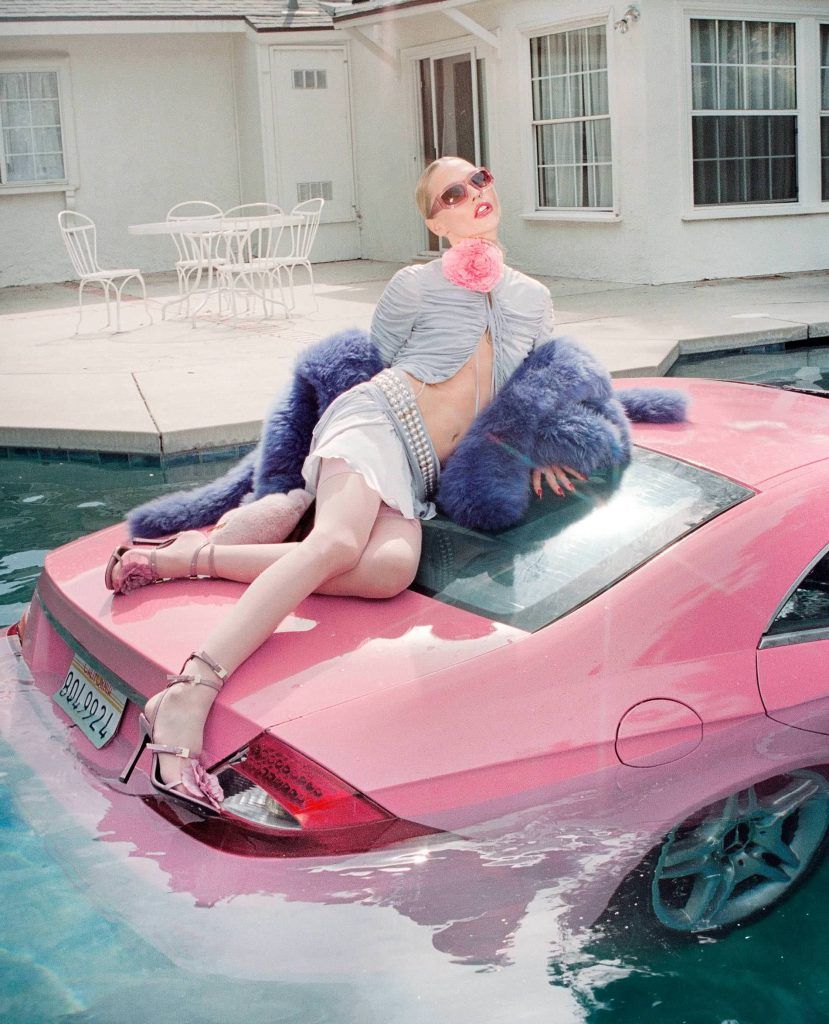 Model Sasha Pivovarova plays the lead role in a Lynchlike story where seduction is the norm, and atmospheres are shrouded in equal parts suspense and fascination.

Sasha appears on top of a pink car, submerged under the water of a swimming pool. How did that car get there? The ellipsis is what moves us to continue the story, which in the end remains unfinished, leaving to our imagination what happened previously. 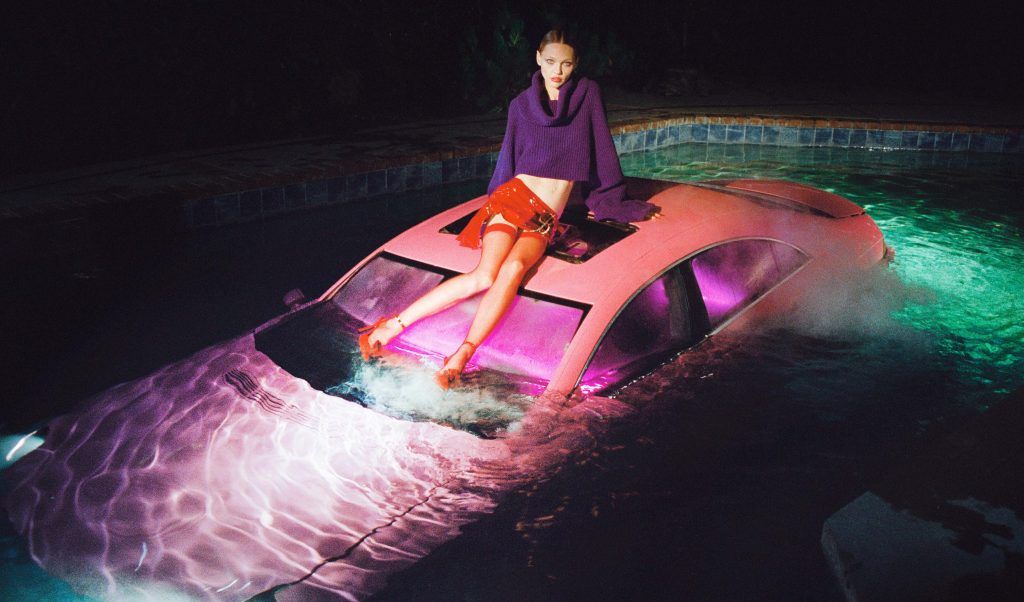 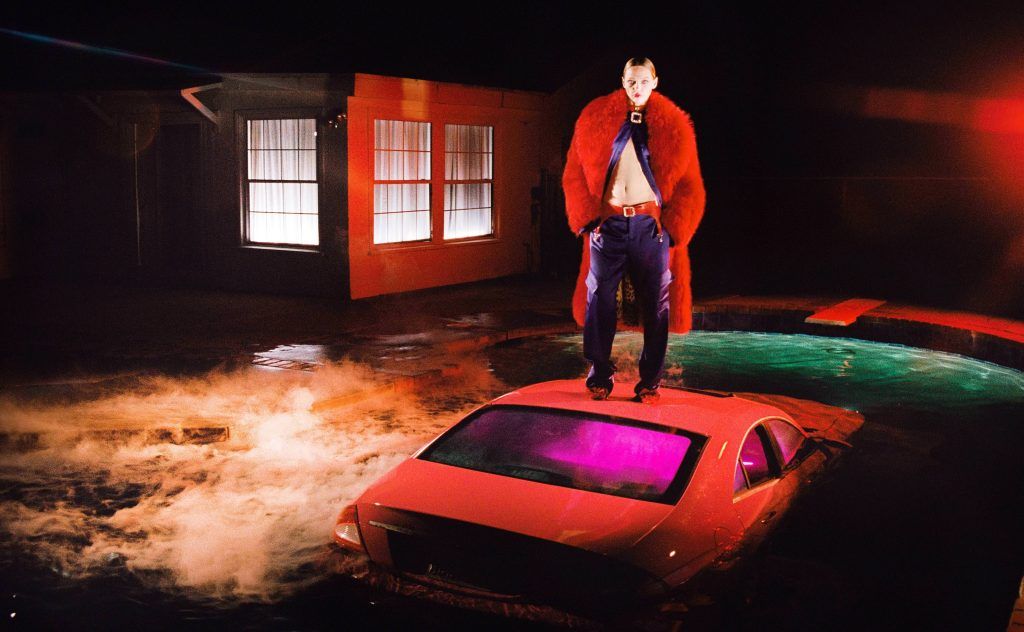 It is a voluptuous, provocative and amplified Blumarine, where lightness and anxiety, innocence and sensuality coexist in the same space, without being squeaky. Most of the garments in Blumarine FW22 campaign are conceived in a pale pink tone, but there are also models in gray, red and purple colors.

Did you know that Blumarine has entered the world of jewelry? We tell you all the details here.

Rosalía headlines Acne Studios FW22 campaign
A Better Mistake invites you to discover the deeper self through its latest drop
This is ‘The Rockstar’, Late Checkout’s latest proposal
Off-White™ FW22: Ibrahim Kamara’s first campaign
HERON PRESTON FW22: big city-inspired essentials
Louis Vuitton launches its FW22 campaign, devoted to Generation “V”
Kendall Jenner and Hunter Schafer together in the latest Prada campaign
Diesel captures the clubber euphoria in its new campaign “Track Denim”
We’re in luck! Britney Spears is pregnant
These will be the colour trends for the FW22 season
Lizzo launches its own clothing brand
You can now buy the cap that has invaded the social media