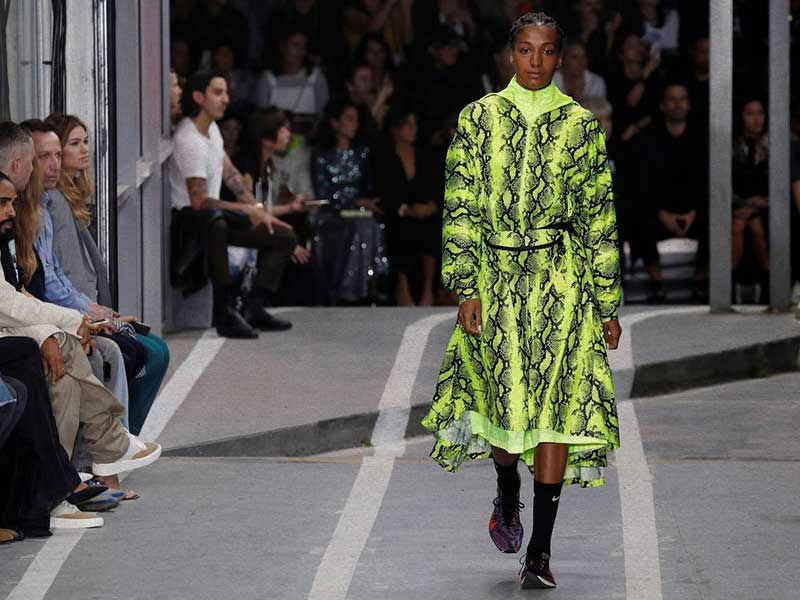 Like every season, all the brands have given creations and unique moments to the history of fashion (for being completely seductive or for the rejection they create). But for next season, SS19, from extravagances and impossible scenarios to social demands have multiplied as never before in the history of catwalks. The list is infinite, but we have summarized some of the most remarkable details of the last 5 weeks.

Coming out of an era of exaggerated minimalism, this season has been the revolution of excesses in volume, colour (with neon as an essential element) and in the diversity of fabrics (with a special emphasis on snake print and shiny pieces).  Not to mention the beige and yellow that have soaked all the catwalks.. 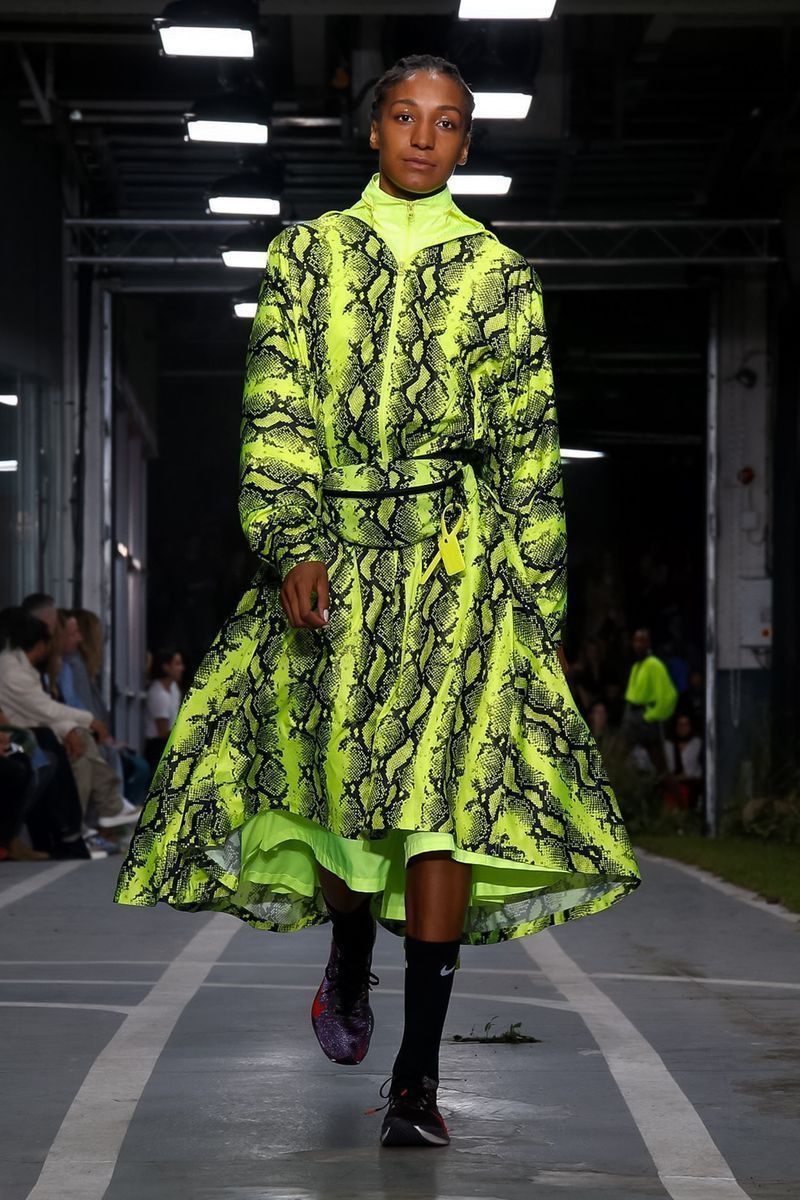 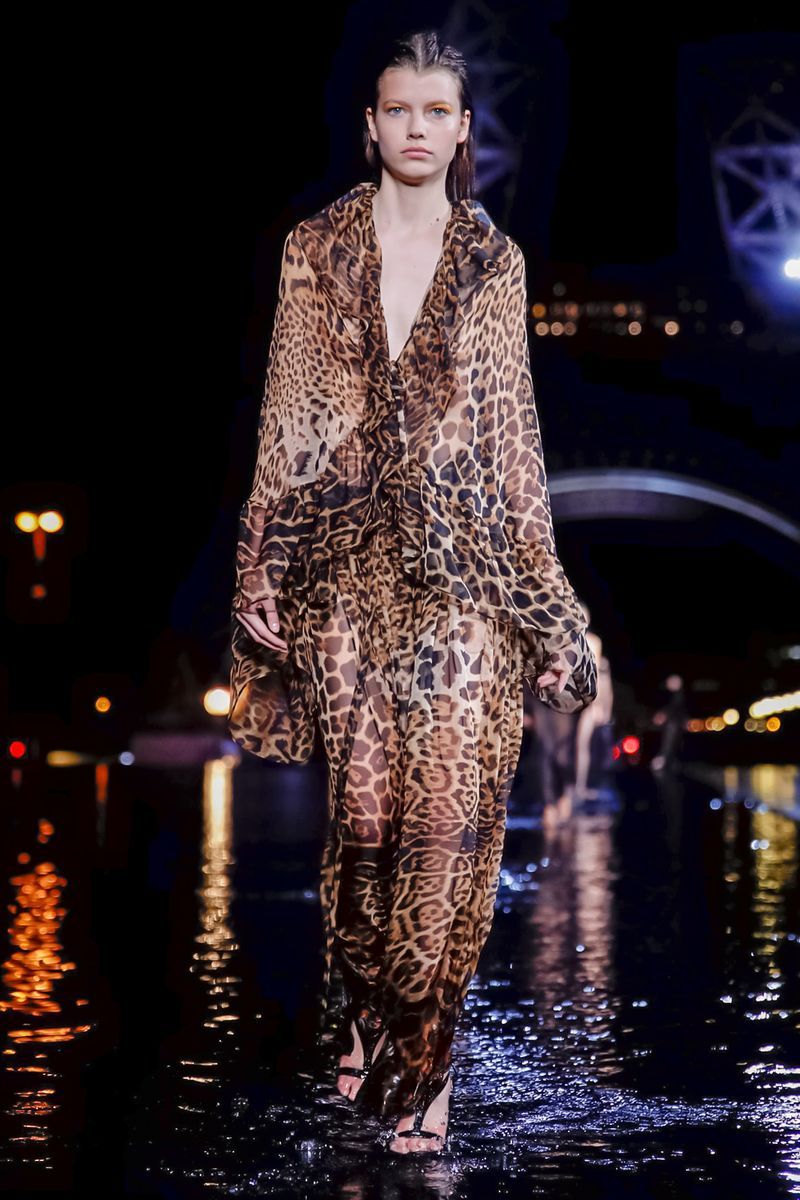 The sport aesthetics and fashionable high technical materials that were already being seen in the streets have been imposed forcefully and repeatedly in the different collections through: cycling shorts, XXL sports glasses, lycra t-shirts or sneakers: Nike Shox x Comme des Garçons. Among those who have best represented the trend are: Afterhomework, Off-White and Marine Serre. 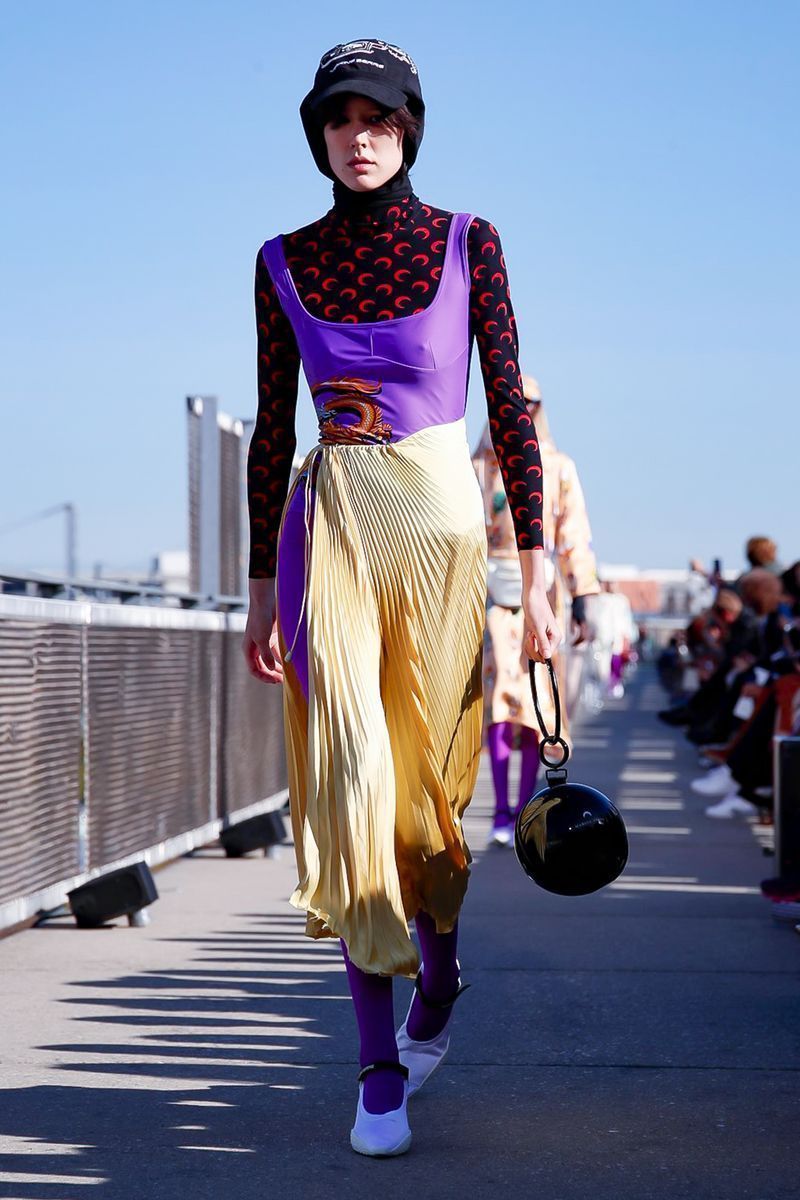 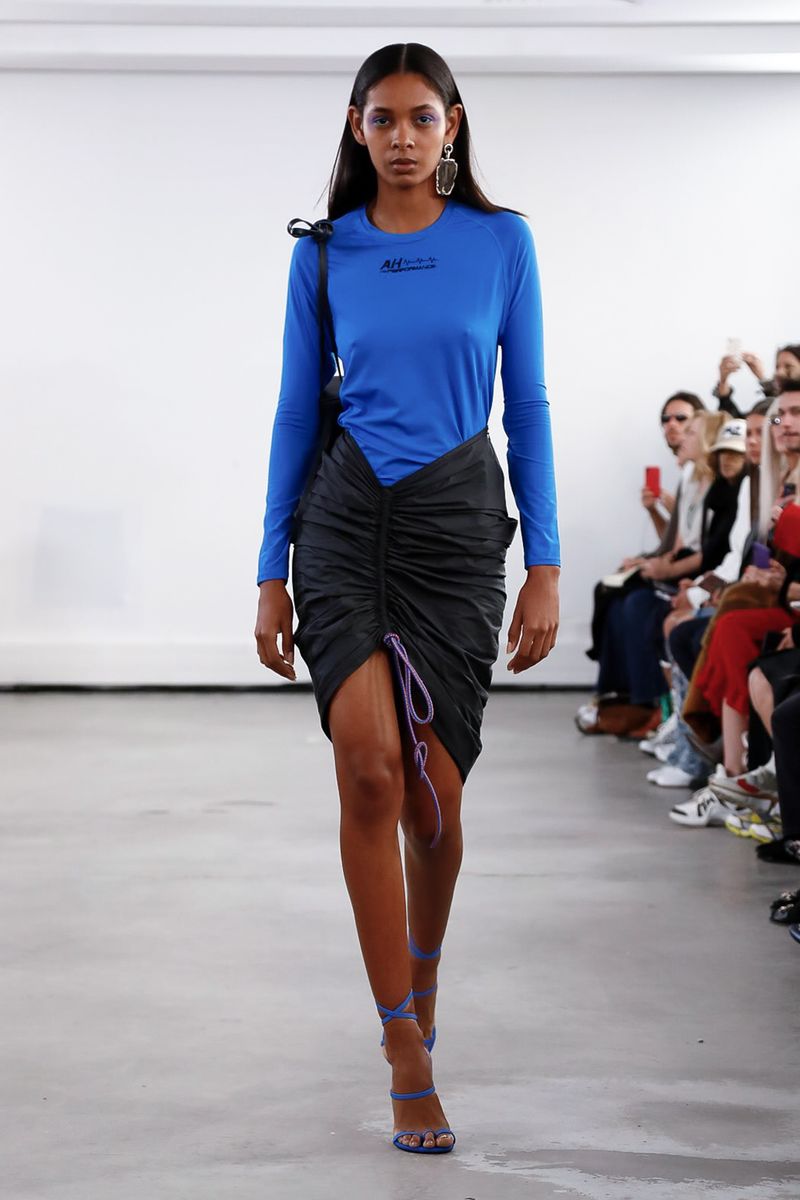 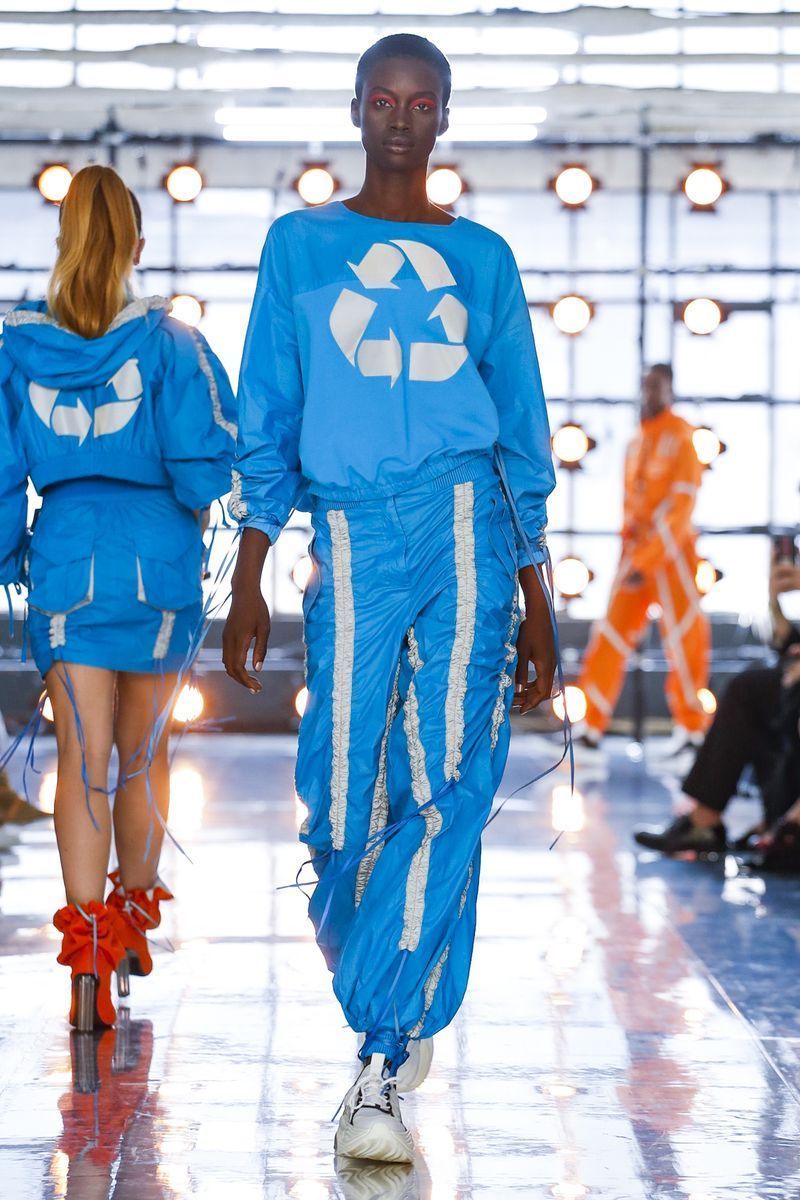 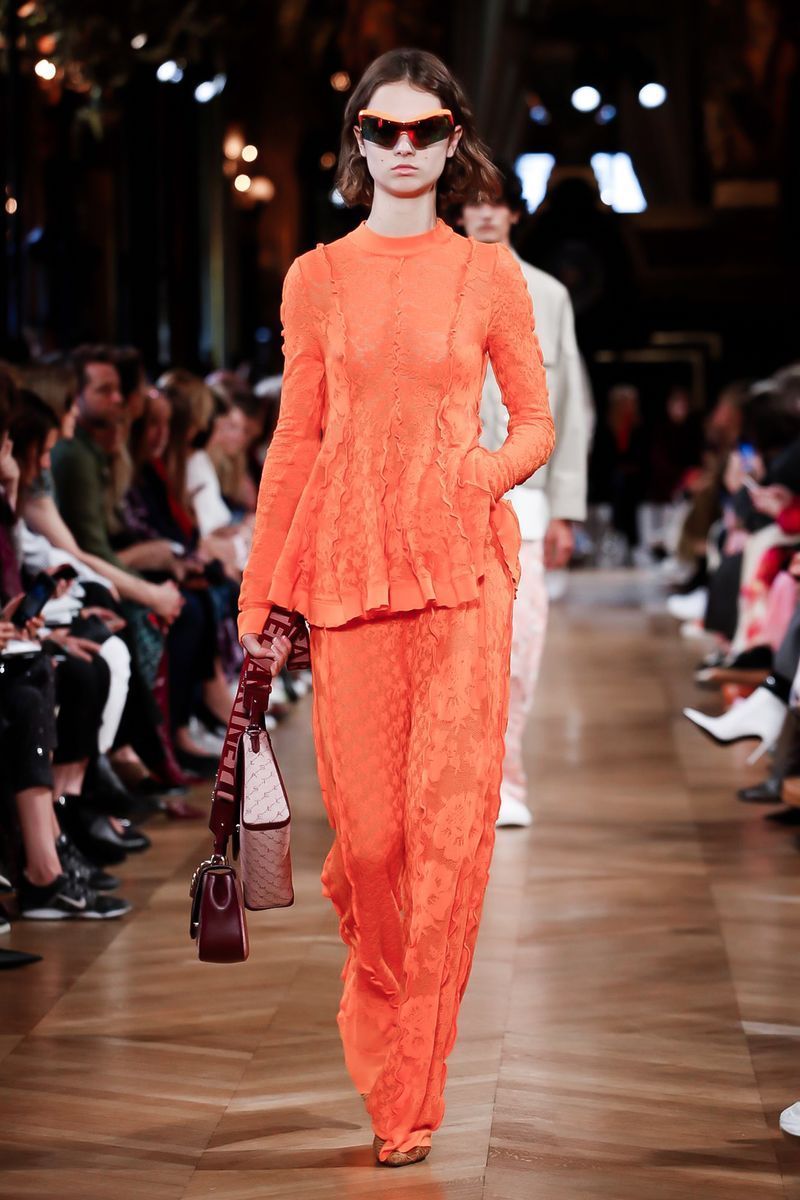 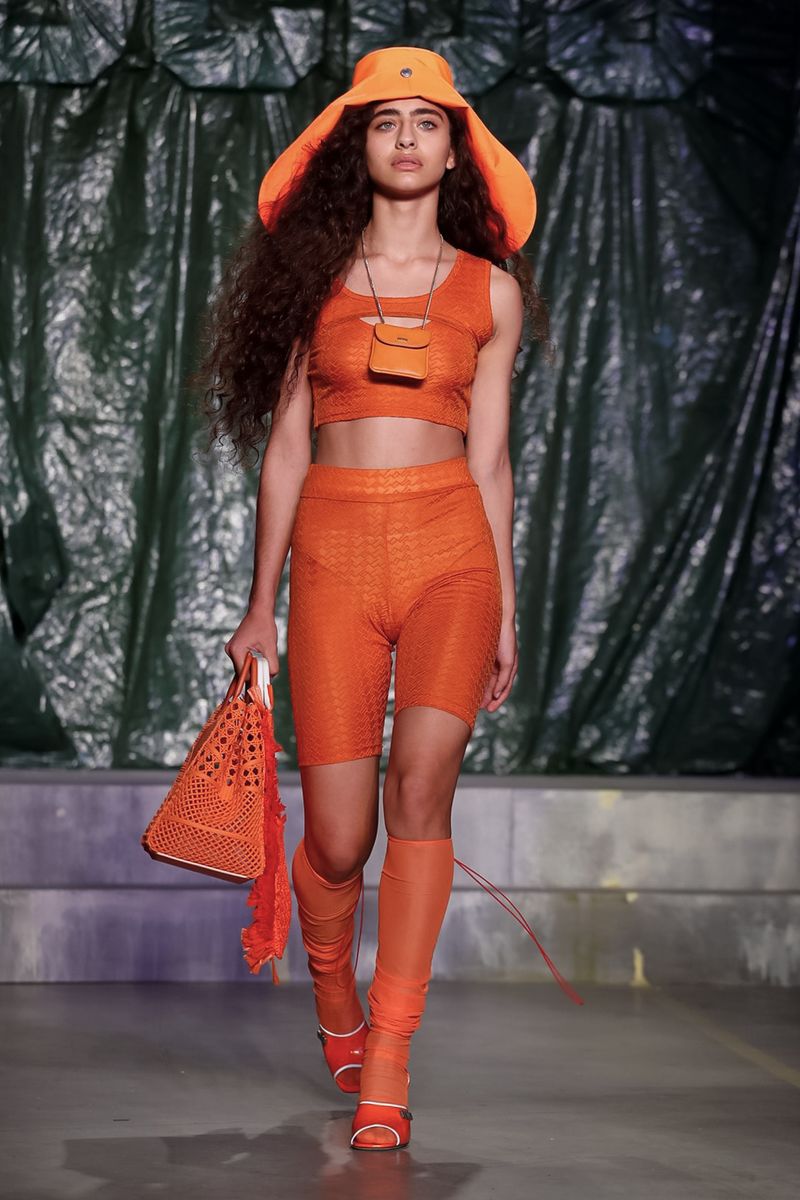 The catwalks have become a fighting ring between shoes vs. sneakers (who have lost the eccentricity that had dominated the last three years). In addition, the accessories have reinvented the meaning of this word, especially the bags and hats have come to the fore in the parades of the SS19, being a basic element in the looks. 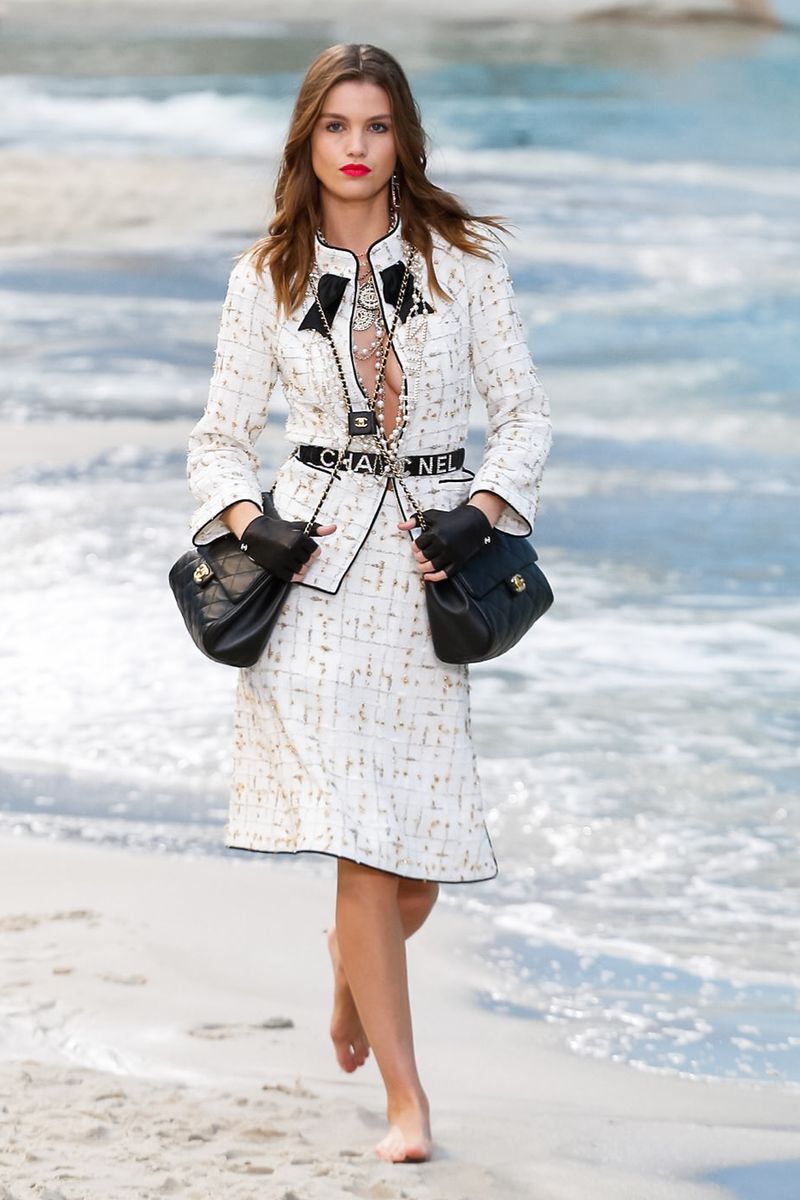 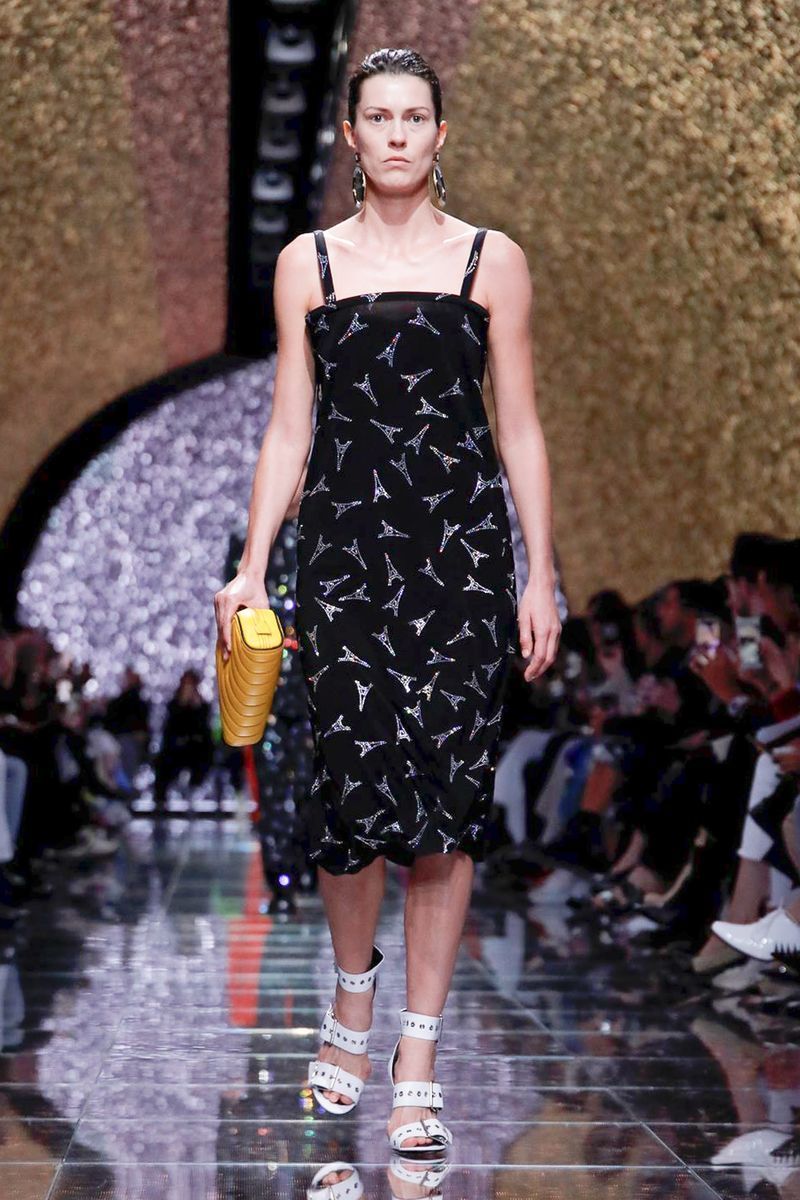 In a more contextual framework, and as we predicted, genderless has been a commitment, and has been reflected in the catwalk through trans models and garments without gender. Finally, everything is for EVERYONE. 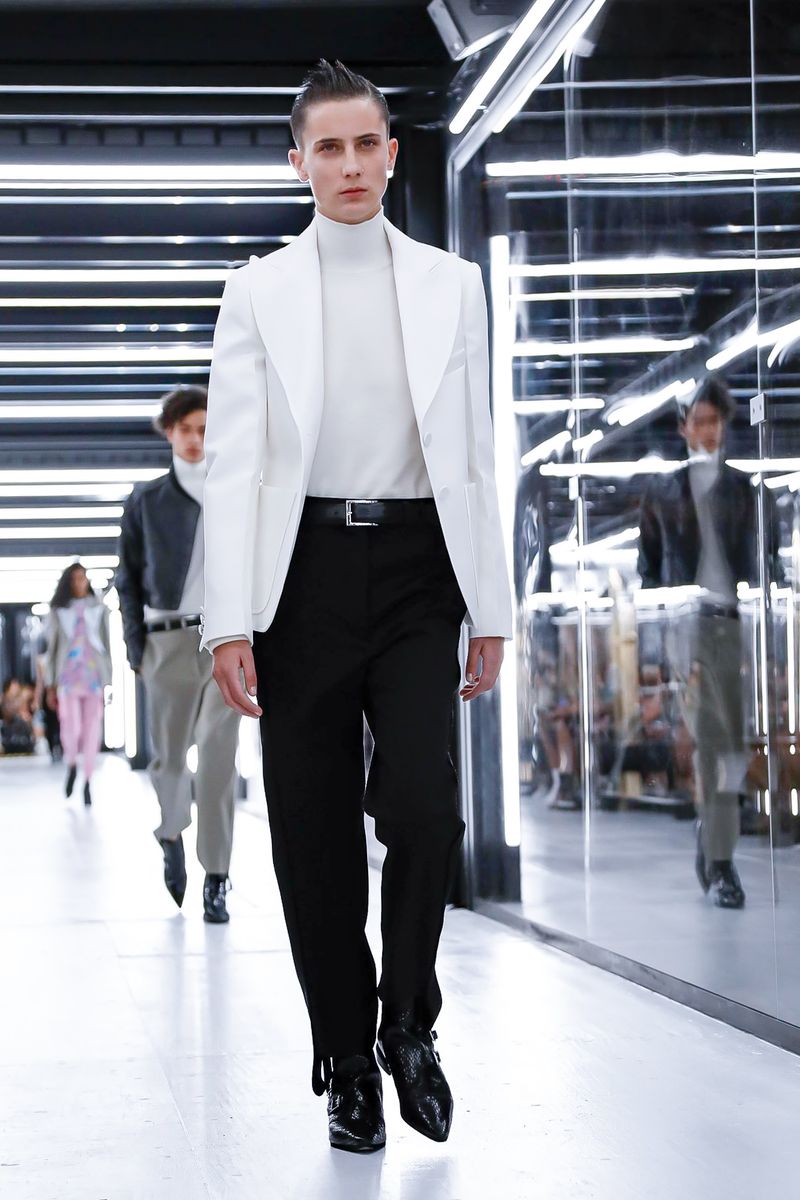 In order to return to their roots, golden ages and more iconic moments, many brands have featured women who were the queens of haute couture in the 1990s. Among them are Stella Tennant for Victoria Beckham, Shalom Harlow for Versace, Monica Bellucci and Eva Herzigova for Dolce & Gabbana. 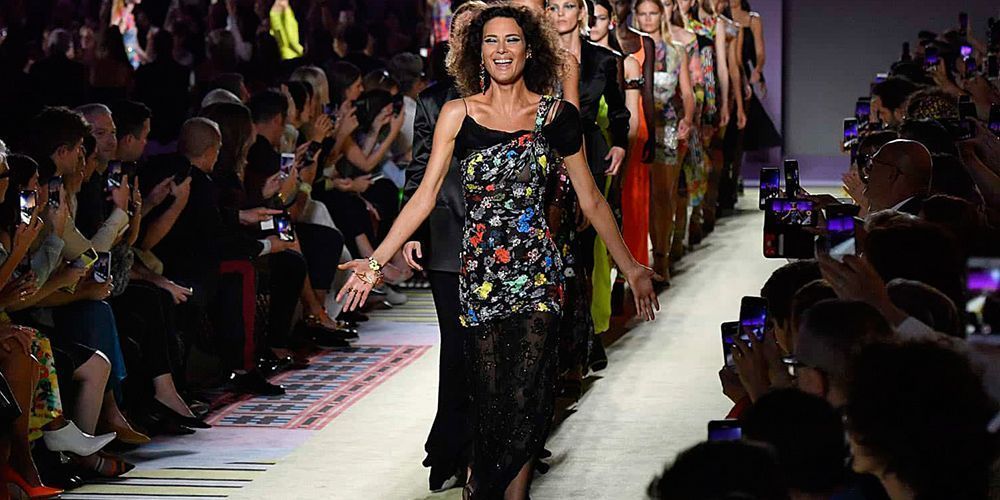 In addition, and to the surprise of the entire industry, Cara Delevingne once again stepped on the catwalks exclusively with Balmain (despite her strong ties with Burberry). 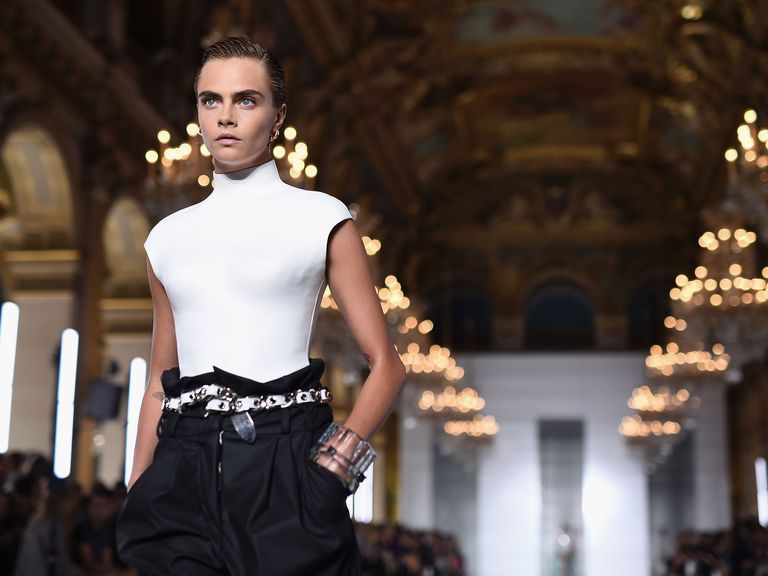 Finally, the political statements have been rather implicit and interpretative on this occasion. But Jeremy Scott showed his face and appeared at the end of his fashion show in a T-shirt claiming people to “Tell your senator no to Kavanaugh“, a petition that has been gaining more meaning throughout the month, following the trial against the judge imposed by Trump, accused of sexual abuse. 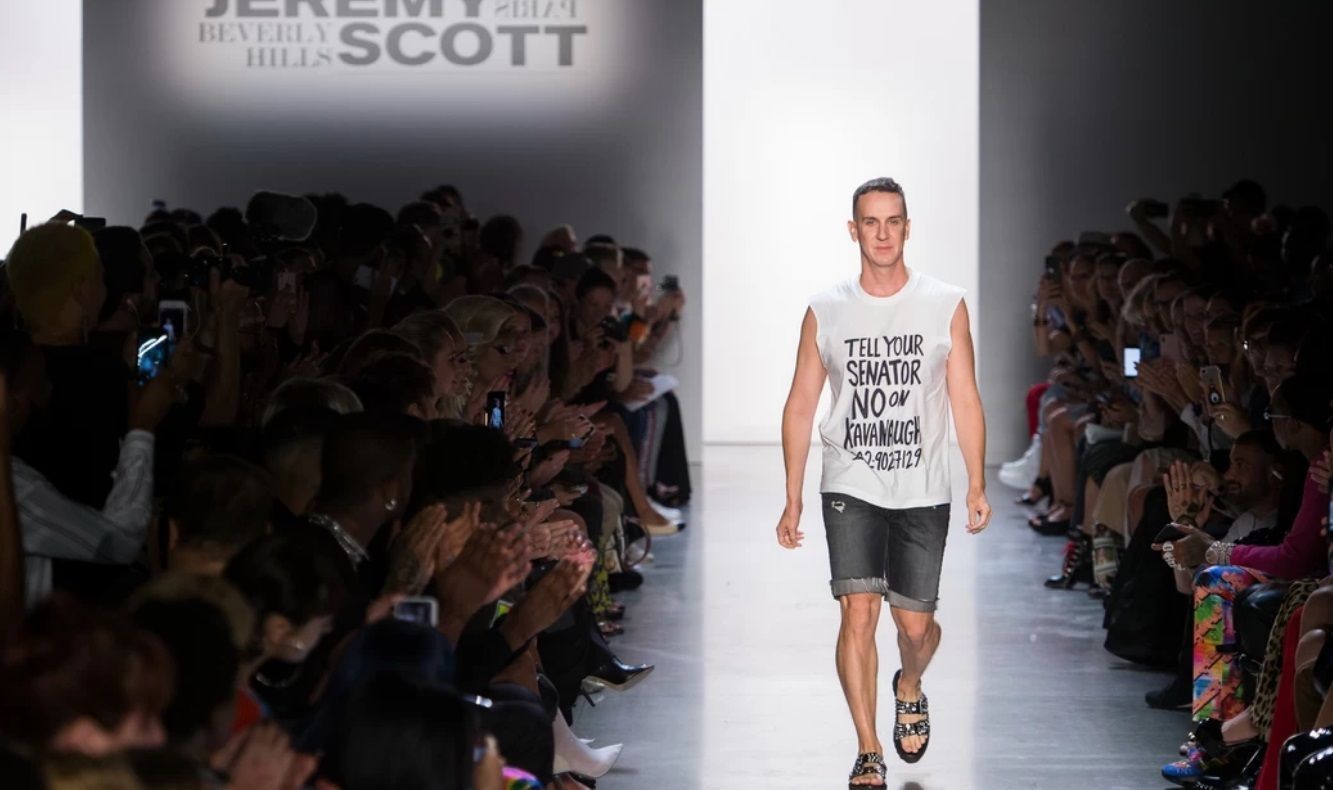 The path for the SS19 is already marked, and another of the most noteworthy movements is the emergence of sustainable haute couture fashion. More and more firms are choosing not to use leather and reduce the use of plastics such as vinyl.