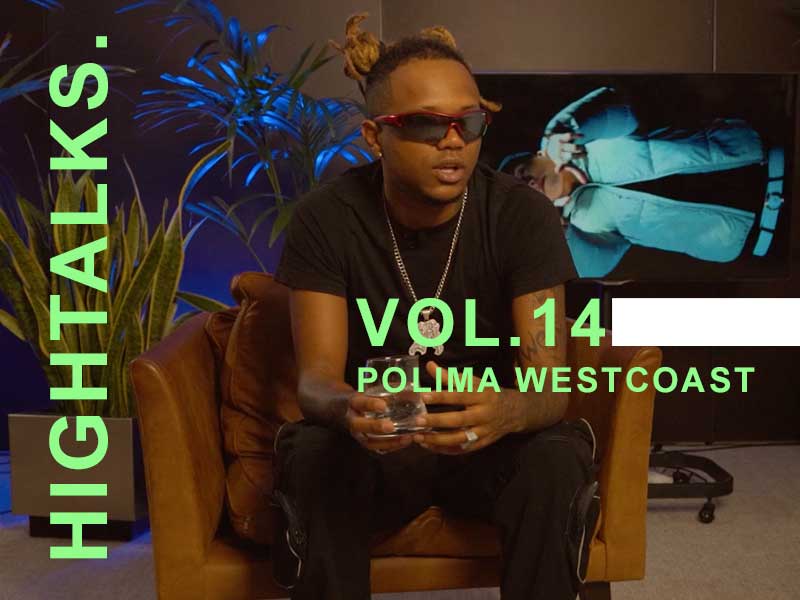 In this HIGHTALKS number 14 we are joined by Polimá WestCoast, one of the most promising artists on the urban scene. At just 24 years old, the Chilean has 15 million monthly listeners on Spotify and has released the hit of the summer “Ultra Solo”, which has been in the Top 50 in Spain for weeks. Such is his talent that C. Tangana, Yung Beef, Rels B and ARON have already collaborated with him.

On the occasion of his visit to Spain, we spoke to the singer about his latest release “Ultra Solo Remix”, how he felt when he wrote it, his African and Latin origins, his mission in music, how the new generations feel, social networks and much more. This summer don’t miss Polimá WestCoast‘s show at Riverland Fest and Covaleda Fest.

Now… Why don’t you take a look at the HIGHTALKS we made for Jhay Cortez?