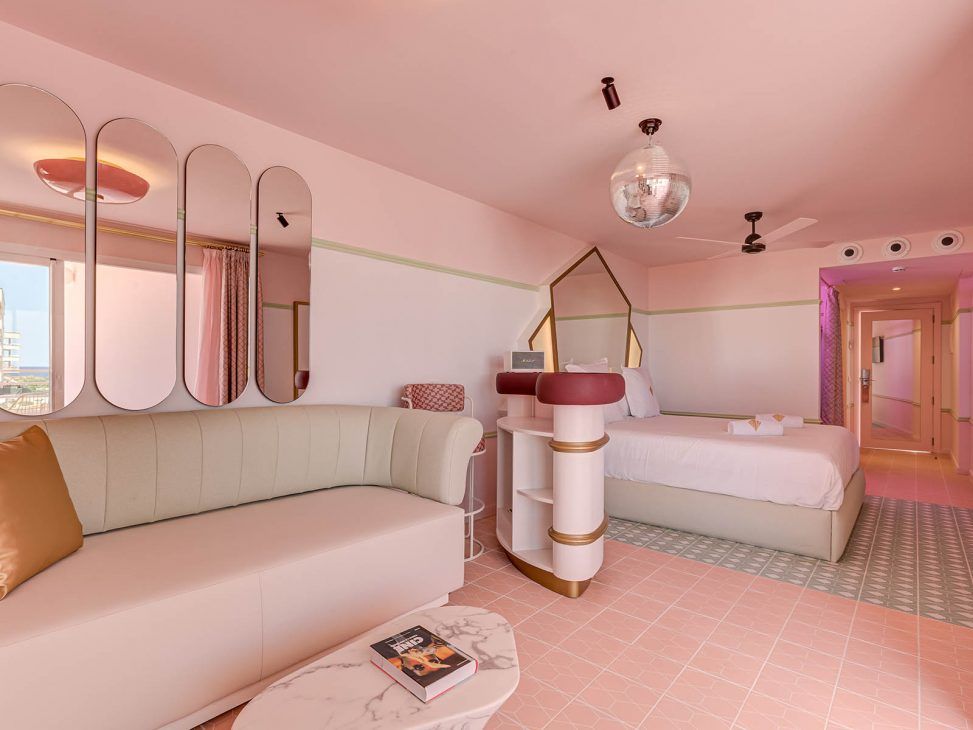 Live your own movie at Grand Paradiso Hotel

Inspired by the most classic Art Deco, Grand Paradiso, the most premium product of the hotel group Concept Hotel Group, which aims to vindicate audiovisual art in all its facets, has already opened its doors. 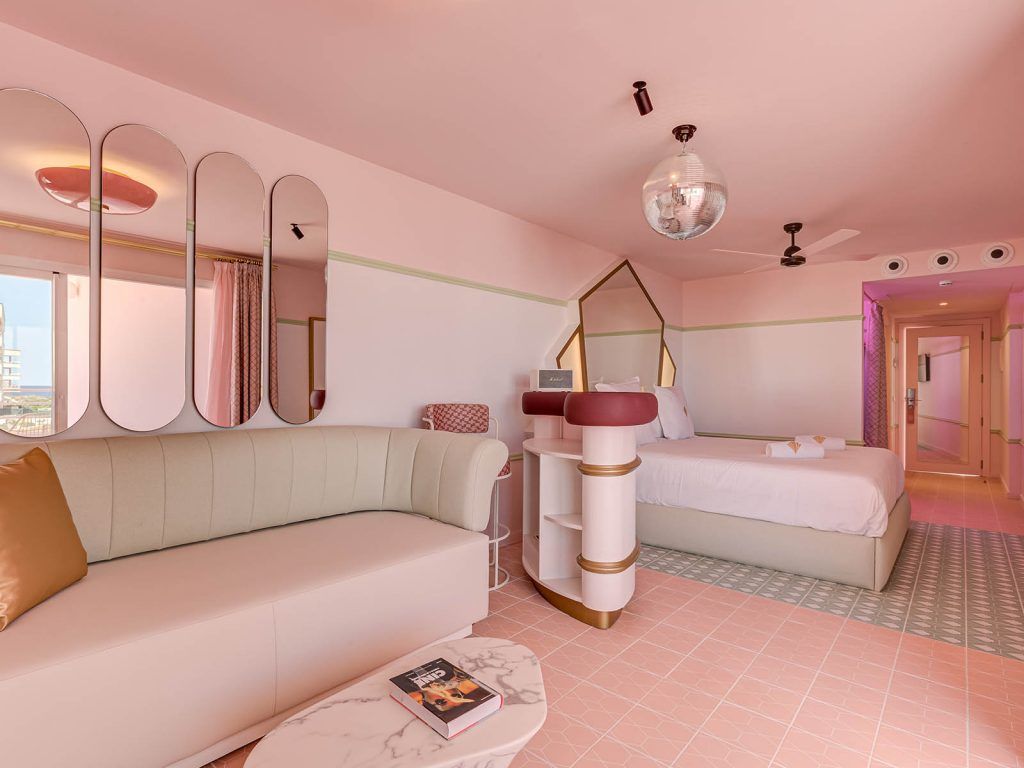 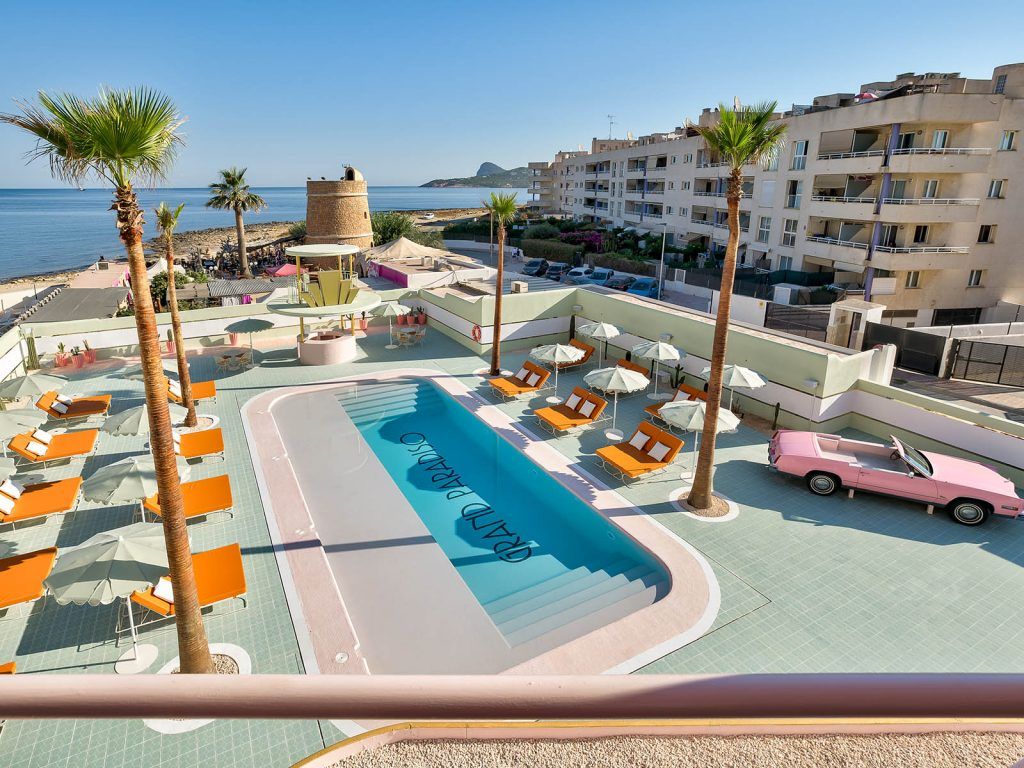 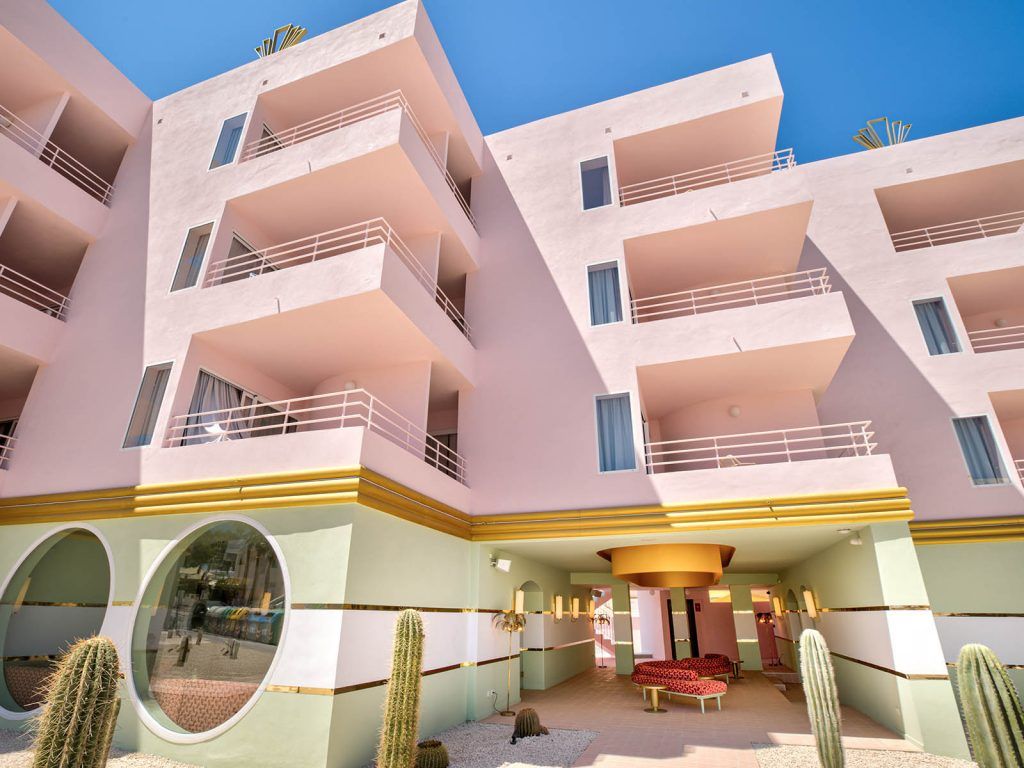 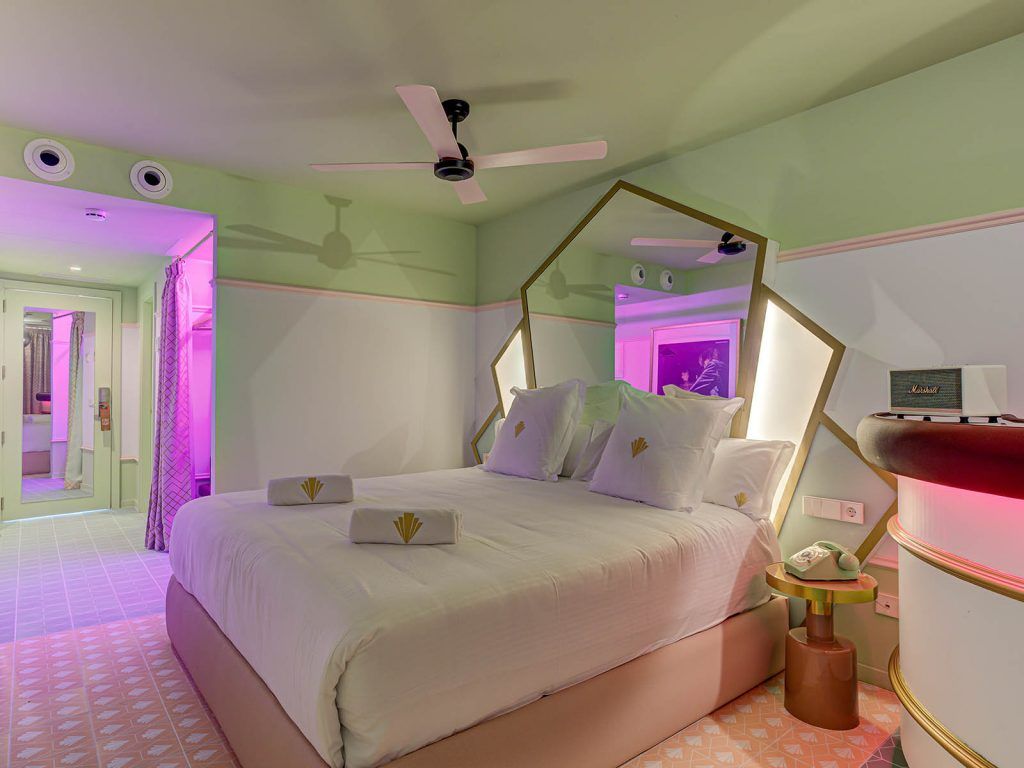 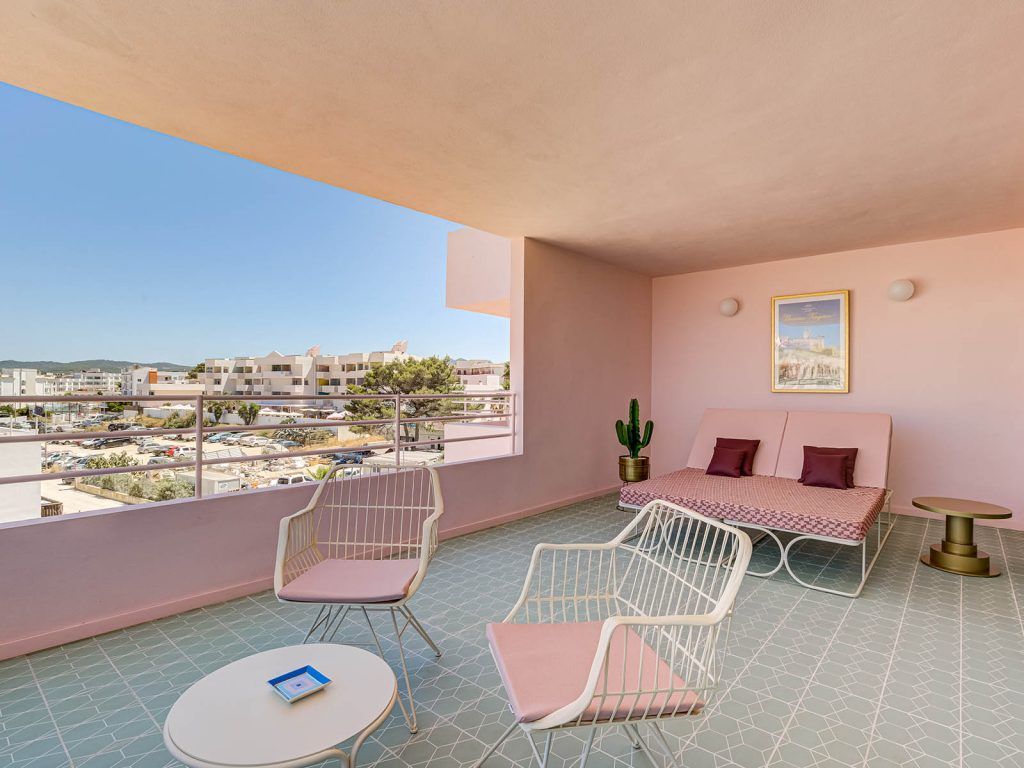 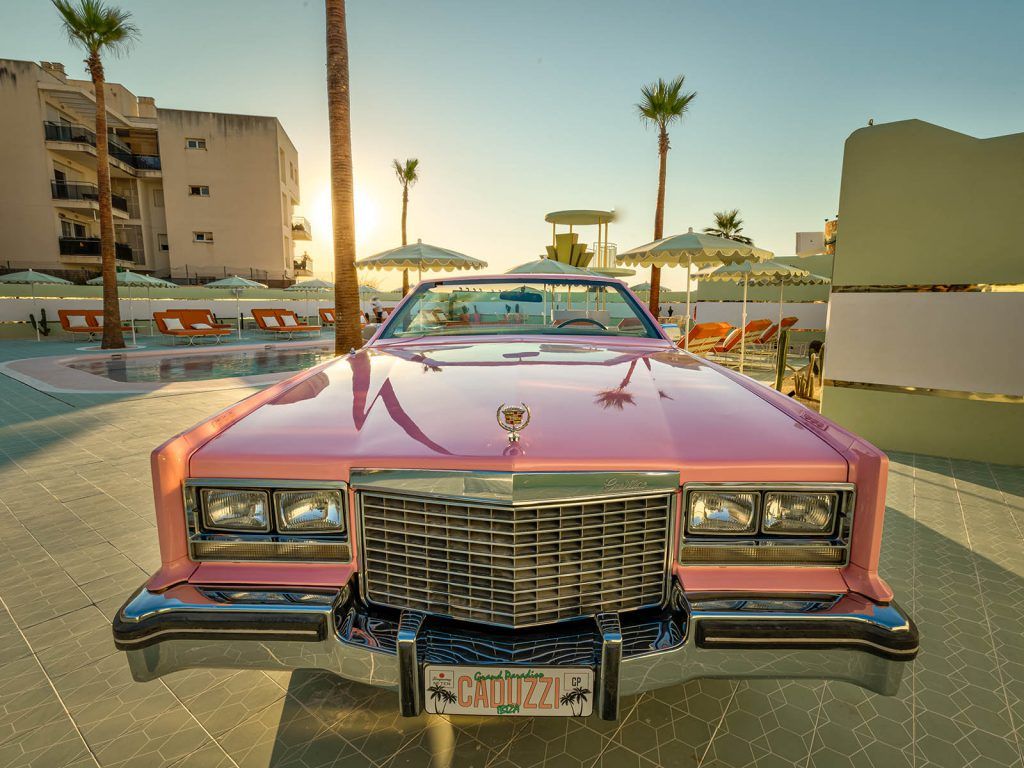 Grand Paradiso is a universe that pays tribute to the seventh art and its most inspiring representatives, after whom the three grand suites are named: Almodóvar, David Lynch and Wes Anderson. Located in the heart of San Antonio Bay (Ibiza), the group’s new hotel is dedicated to audiovisual art.

For this reason, it will have differentiating elements such as a cinema room and an audiovisual art gallery where the works of different artists and collaborators to whom we pay tribute with the rooms will be exhibited. Each room will bear the name of an international artist from the audiovisual world.

But it doesn’t end there, Grand Paradiso is designed for you to live your own cinematographic experience during your stay and for this, we have created the Caduzzi, an authentic pink ’72 Cadillac El Dorado, converted into a Hot Tub. All this in an atmosphere full of contrasts, pastel colours and geometric shapes. 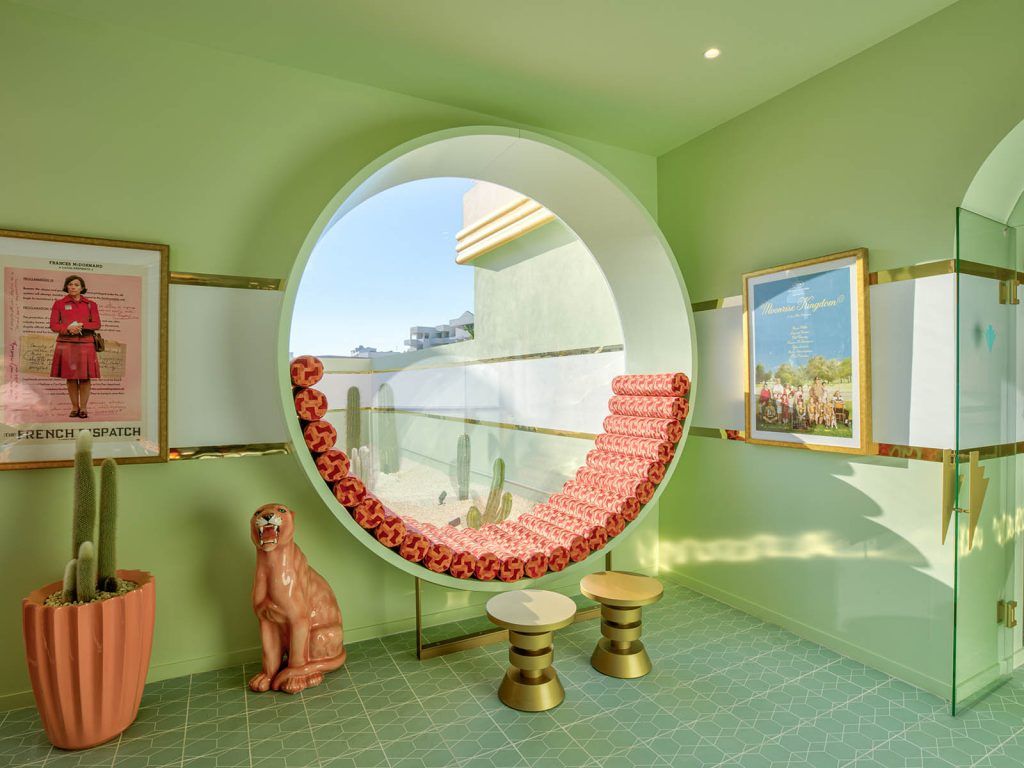 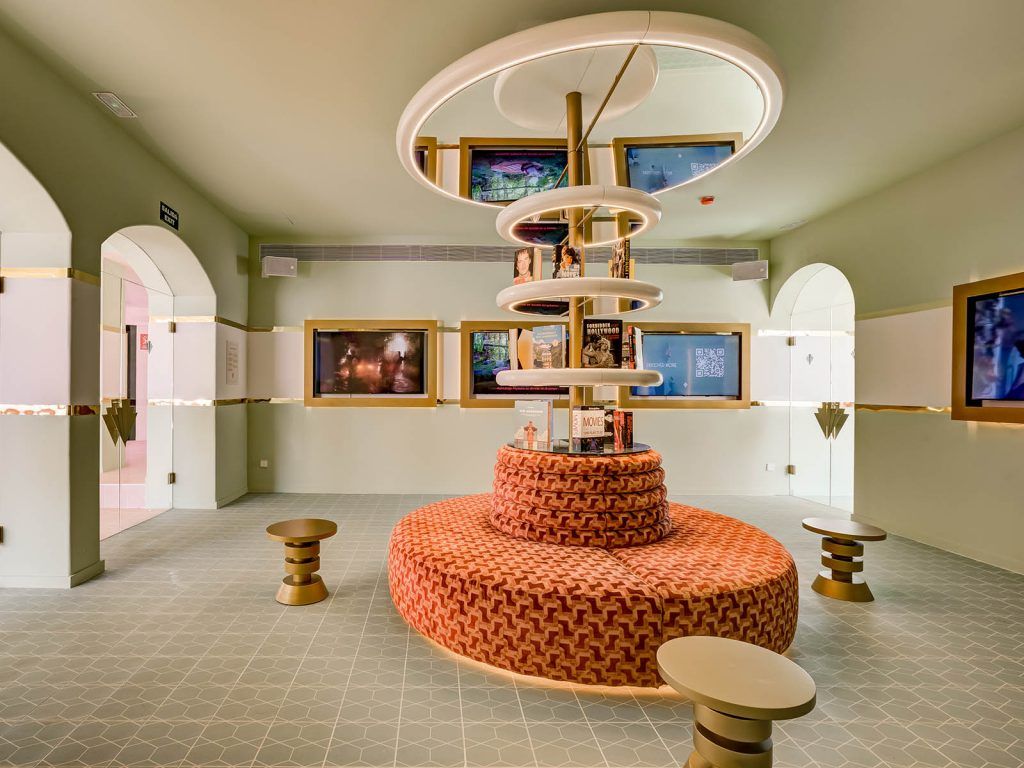 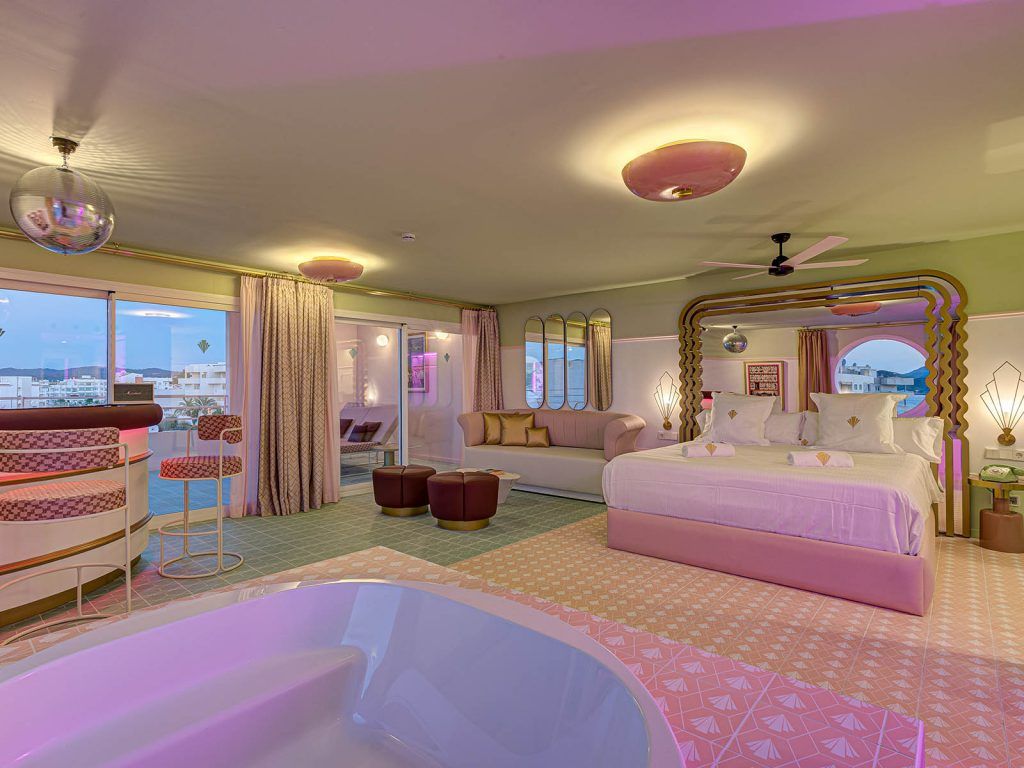 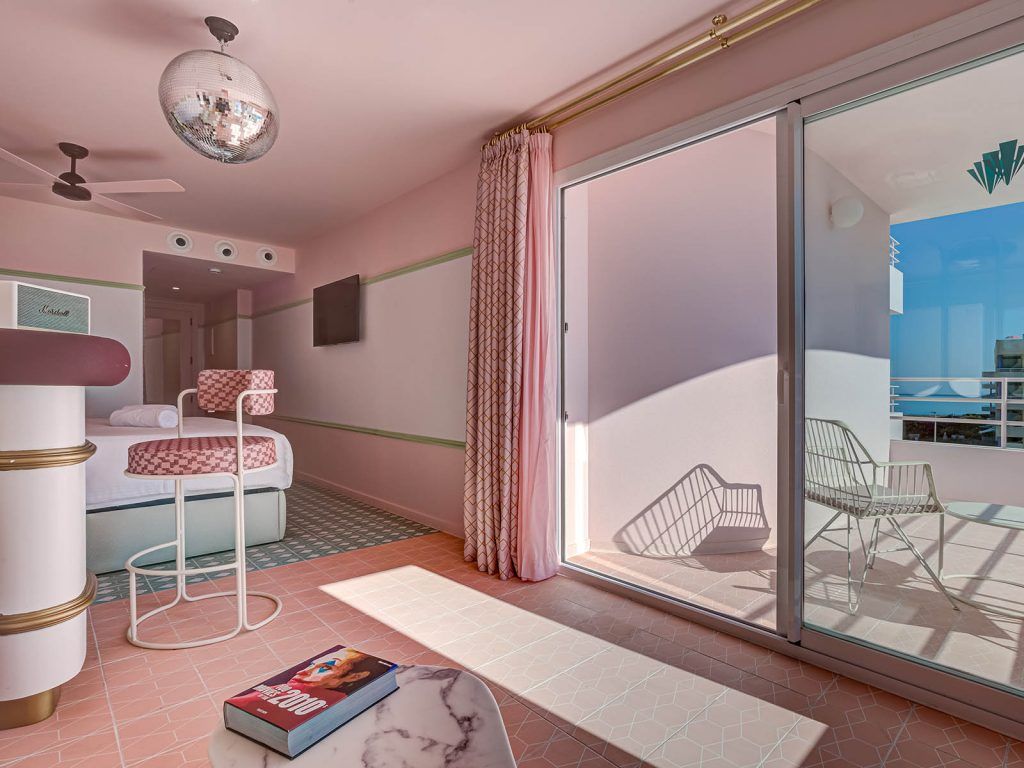 To sleep in a movie hotel you don’t have to go to the Bellagio in Las Vegas (Ocean’s Eleven), or the Beverly Wilshire in Los Angeles (Pretty Woman), or the Park Hyatt in Tokyo (Lost in Translation). Well, this dream of a film turned into a hotel has now opened its doors. Book here.