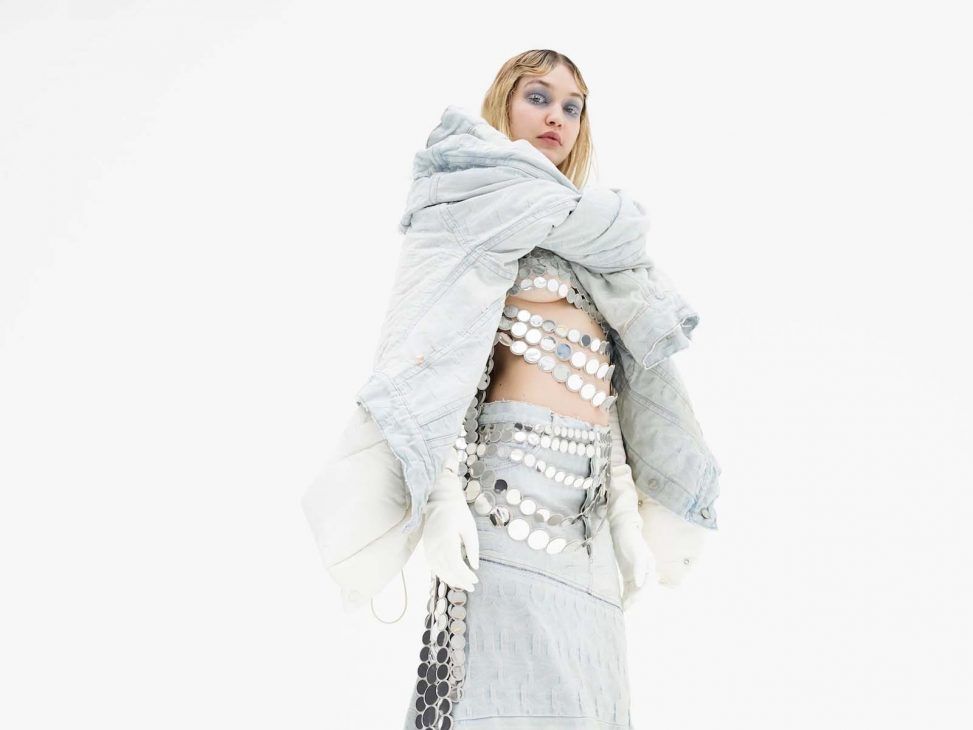 Marc Jacobs presents the most mini but major collection

We have to admit that this edition of New York Fashion Week we have missed Marc Jacobs, his show and all his creativity with which he always turns everything upside down. But this feeling has already been healed, because three days after the end of NYFW and to console us, M.J. has unveiled a mini autumn collection. We say mini, because this proposal that has just seen the light is made up of 10 looks, worn by several of the top models of the moment, such as the Hadid sisters, Gigi and Bella, Selena Forrest, Mica Argañaraz and Anok Yai, all of whom have posed and worn the black and white creations designed by the American in front of the cameras.

As we can see in the images, the mannequins are wearing three-piece outfits, mostly composed of crop tops (with disco touches and slits) and long skirts (sometimes simulating cargo trousers), some in denim, like those of the Hadids, and others in technical fabrics, accompanied by waistcoats and puffer jackets that add a touch of volume to the look. In addition, we can also see how the designer has brought back the logos that were so successful last season, when he returned to the runways after being retired for a while. Have you also got rid of the sadness we felt when we saw a fashion week without Marc Jacobs? Because it did for us.

Embark on a psychedelic journey with Heaven and Online Ceramics
Fashion month 5 most viral moments
This is your outfit of Heaven FW22 according to your horoscope
We talk exclusively w/ GURAM GVASALIA
Is Nensi Dojaka’s proposal the sexiest and most sophisticated of LFW?
JW ANDERSON knows how to play with fashion and keep it from being boring
A Better Mistake invites you to discover the deeper self through its latest drop
The fantastic universes of Harley Weir
BIGOTRE and CARNE BOLLENTE are back with their new it bags
Peter Do SS23, it was only a matter of ‘time’
AREA returns to the catwalks with “collection 04”
Elsa Hosk stars in latest GCDS campaign