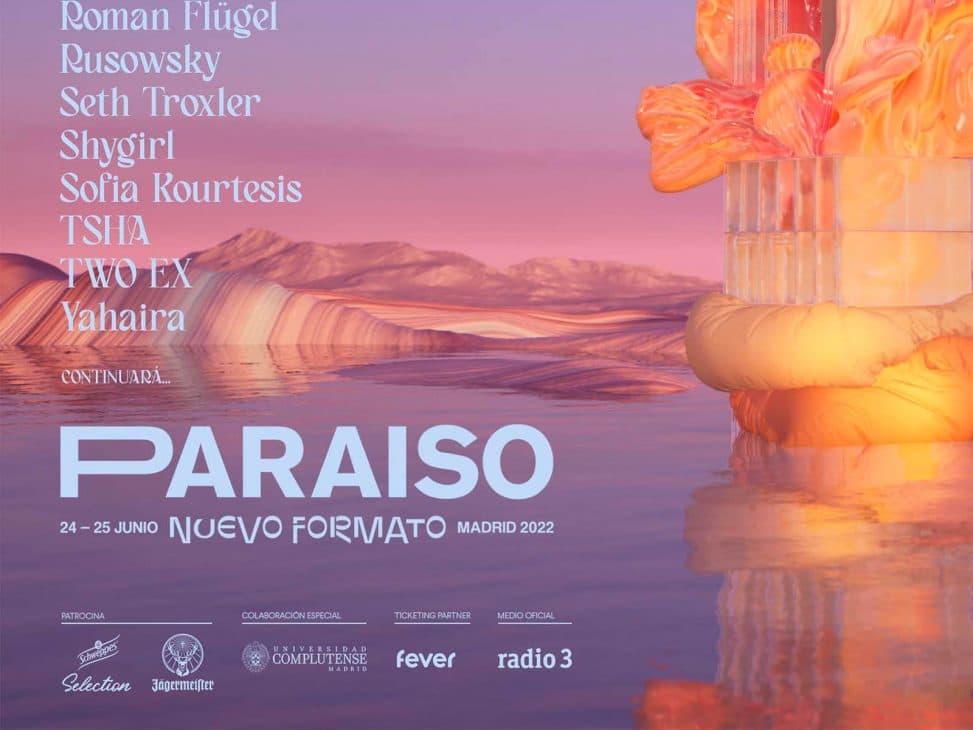 Seth Troxler, Shygirl and more make up the first teaser for Paraíso 2022

After two years of absence, life is back on track: Madrid will once again become the capital of avant-garde electronic music on 24 and 25 June 2022. Paraíso will be held at the UCM Campus, a green, open-air space just a few metres from the city centre. 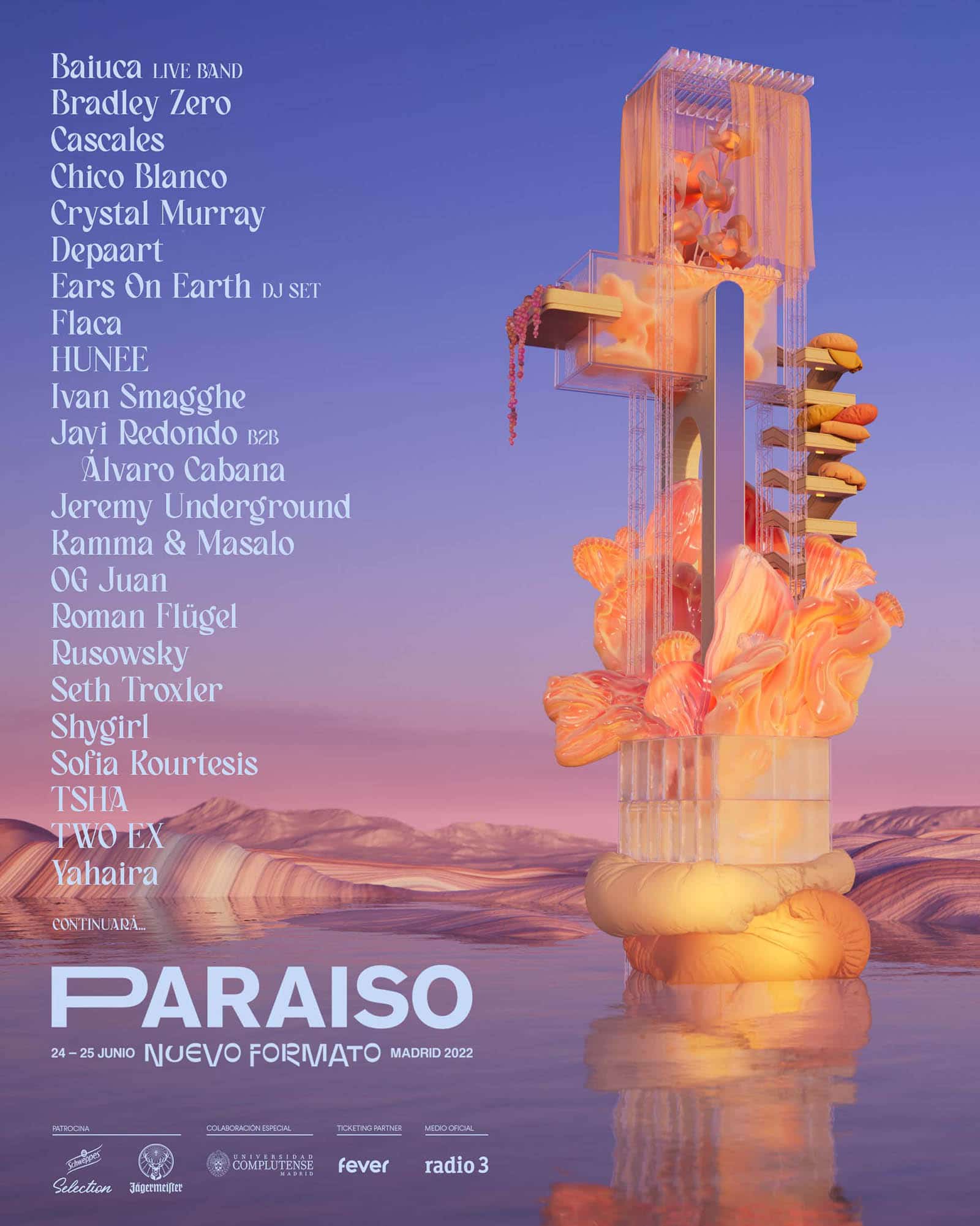 Paraíso is back with a new format that returns to its origins, to the roots that gave life to the festival: the dancefloor and the desire to discover new artists. With it, the festival will continue to be committed to a very careful experience, to maintaining the unique atmosphere that defines the essence of the festival, to artistic quality as the main focus of the line-up and the services offered, as well as to a tolerant and inclusive atmosphere.

This new format, with a capacity limited to 8,500 people each day, retains the Club, Garden and Nest stages. The first two stages bring together a selection of renowned national and international artists, along with an exquisite sample of emerging names. Meanwhile, the third stage, the Nido, will be a catalyst for local talent, bringing together a range of artists who represent the exceptional savoir-faire of club culture in Madrid.

FIRST PREVIEW OF THE LINE-UP

This year’s line-up focuses on dance culture, on the diversity of styles in electronic music, and on the quality of the work of these artists. The desire to discover new sounds, of diverse origins, cultures and artistic languages, is also once again one of the pillars. Among the artists who form part of this first announcement is Seth Troxler, one of the most recognised names on both sides of the Atlantic for his understanding of club culture.

The presence of the British TSHA and Shygirl also stands out. Both are two diamonds who have emerged strongly from the London scene to take their place at the forefront. TSHA, known for her bright and vibrant sets, is currently one of the biggest producers in the UK. Currently one of the UK’s most recognised producers, while Shygirl has received international acclaim for finding a unique terrain between rap and club music. 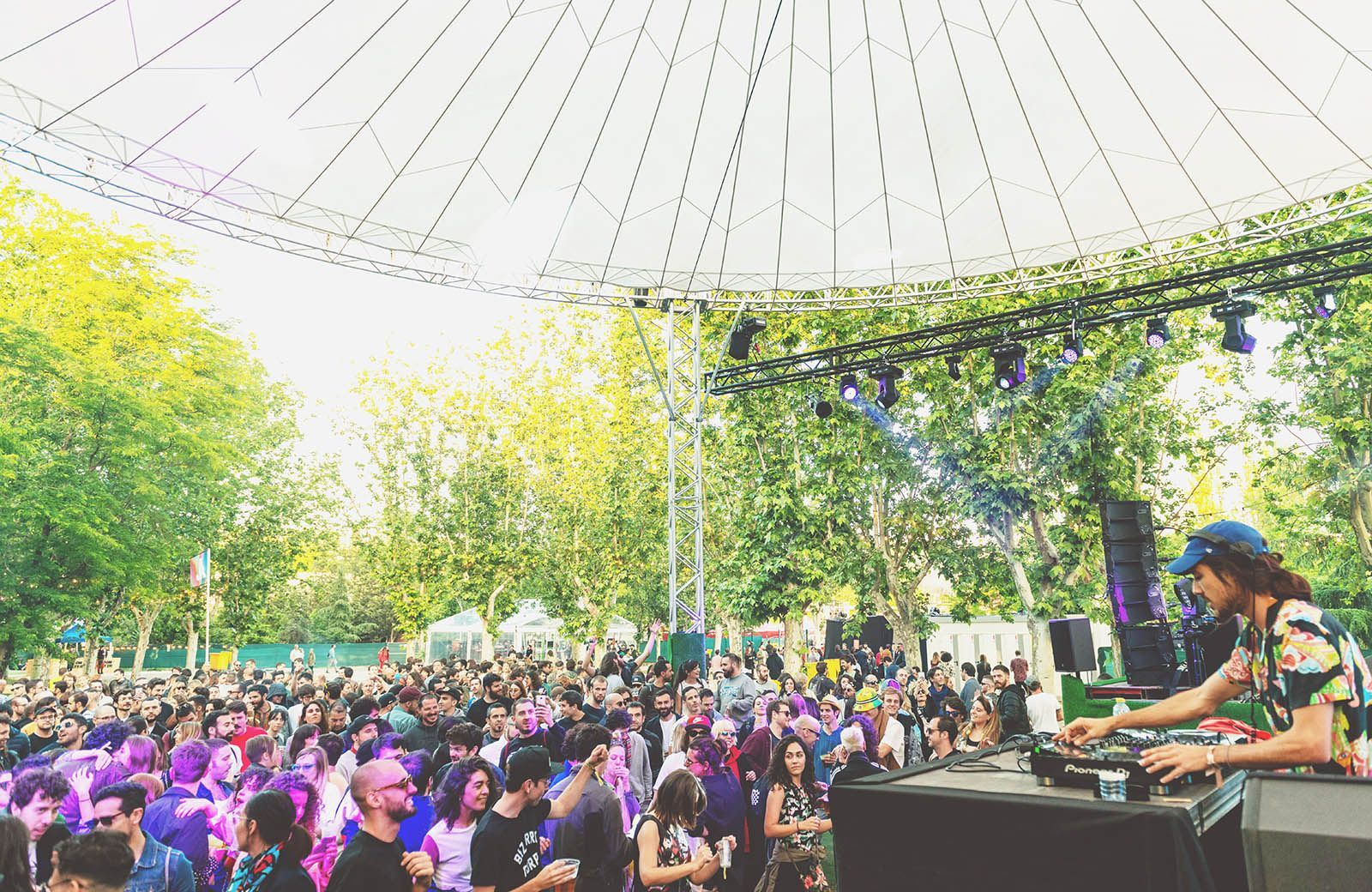 The list continues with powerful names from the European scene, including Hunee, Bradley Zero and Jeremy Underground, known for being skilled selectors with exquisite taste in mixing, producer Roman Flügel, one of the most important figures on the German scene, and Ivan Smagghe, an iconic DJ and also an essential figure for understanding the current French electronic scene.

This first announcement also includes other names of emerging artists with solid proposals such as the French Crystal Murray, destined to be one of the most interesting voices in France, the Peruvian producer and DJ Sofia Kourtesis, whose short but distinguished career has seduced international critics, or the inseparable dream tandem Kamma & Masalo, representatives of the thriving Dutch scene. 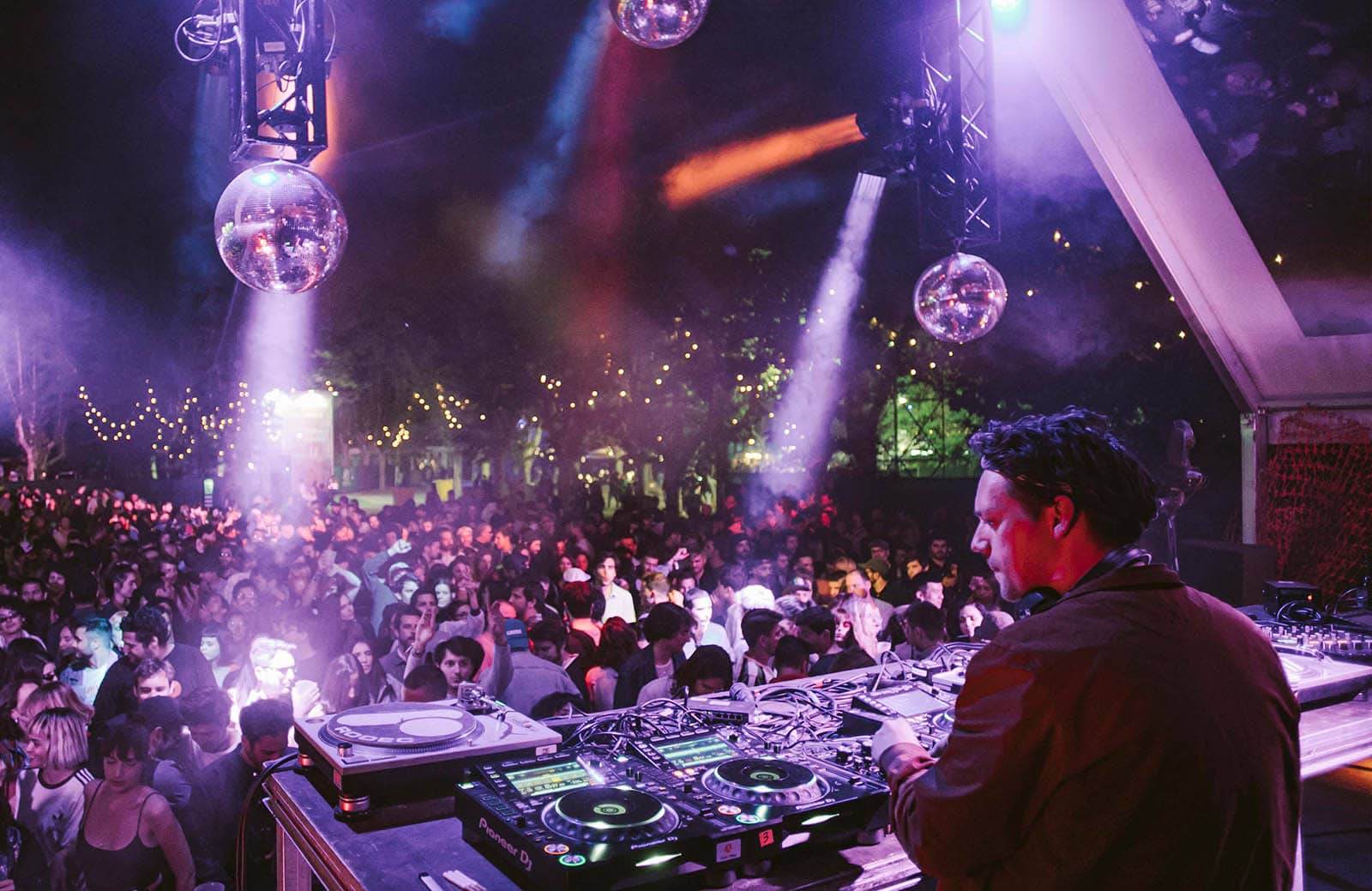 The national scene also takes centre stage with gems such as Rusowsky, who with just over ten singles released and a series of collaborations has quickly captured the interest of critics and the public; Baiuca, the producer who has best managed to recover the essence of his native Galicia to revisit local folklore and connect it with avant-garde electronica; and Chico Blanco, the missing link between house and trap who has demonstrated an exquisite vision of club culture.

Paraíso continues its commitment to Madrid’s local talent, with a selection of artists that make us fall more and more in love with the city’s electronic scene. Among them, it includes an exquisite b2b between Javi Redondo and Álvaro Cabana; the explosive Flaca; the label and collective Ears On Earth; the delicious people responsible for the Tortilla party, Depaart; the maximum dynamo of the queer scene, Cascales; the exceptional OG Juan of Tombolo Live; Two Ex associated with the Rastro Live collective; and Yahaira, head of the young Gilda Club.

THE DNA OF PARAÍSO

The festival organisers are committed to maintaining the essence of Paraíso and, with it, the atmosphere that has characterised its previous editions. A comfortable, cheerful and fun atmosphere, which is a clear component of its DNA and where the experience and every detail that shapes the festival is taken care of, to consolidate Paraíso as a reference for music lovers.

Paraíso is a comfortable and safe place for everyone. Therefore, it is a space free of harassment and with a clear commitment to zero tolerance for any kind of discrimination or harassment. This includes discriminatory behaviour based on gender identity, gender expression, sexual orientation, disability, physical appearance, ethnicity, age or religion.

Another of the pillars to which the organisation is strongly committed is sustainability. For this reason, new initiatives will be launched to continue to make progress in reducing its carbon footprint, as well as the waste generated in each edition. 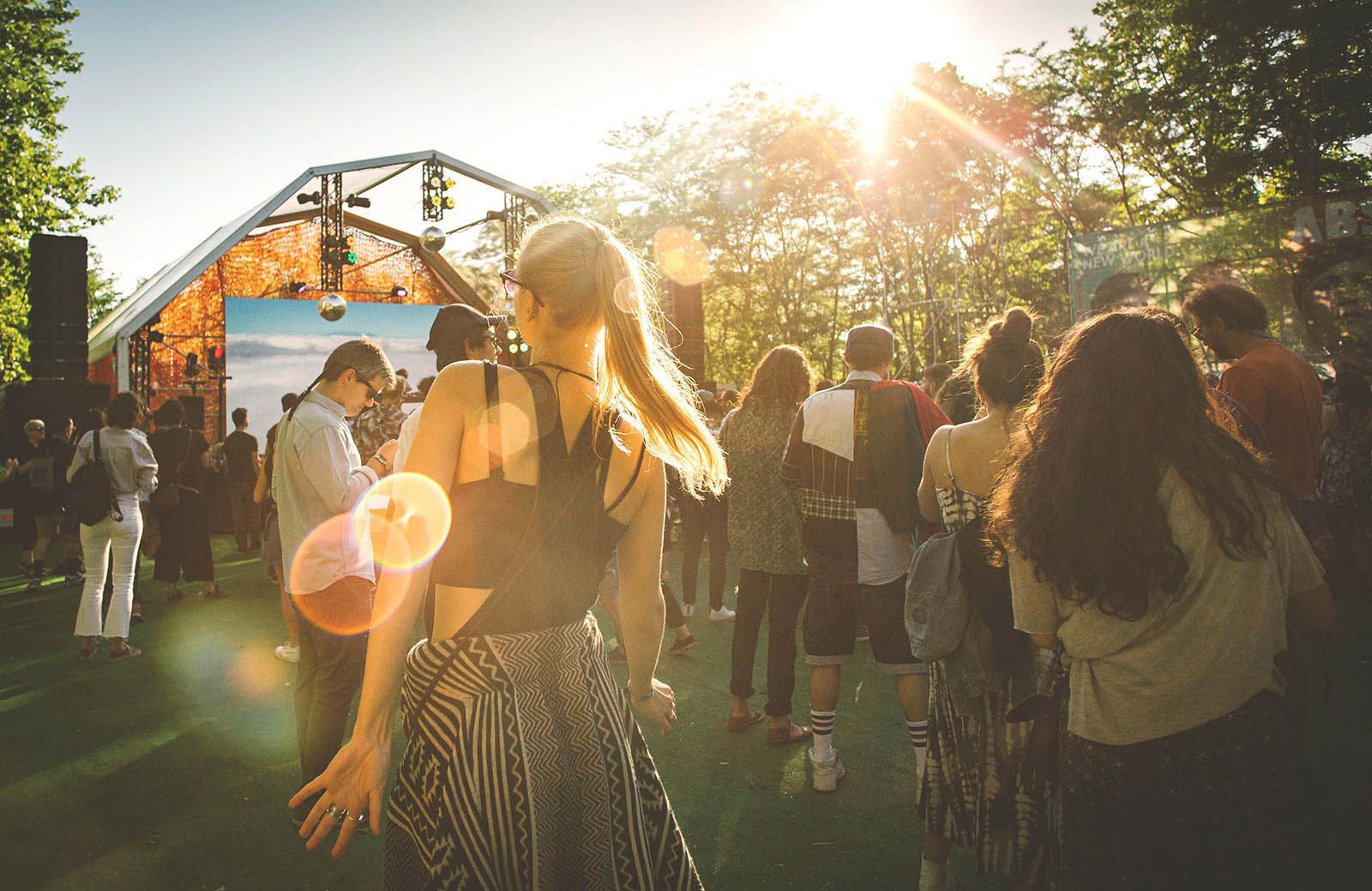 You can get your tickets for Paraíso 2022 here.

Celine introduces its first pet line
Don’t miss the Carhartt WIP Summer 2022 campaign
SoyMeme, the festival that reveals meme culture to you
10 essential fragrances for this summer
MAC Cosmetics launches a collection with Stranger Things
PLEASURES x Weezer: when streetwear connects with rock
HIGHXTAR weekly agenda: what to do in Madrid
If you find it hard to give your partner orgasms, try this
Levi’s Vintage Clothing turns its 501s inside out
Spotify allows NFTs to be displayed and sold to artists
Palace and adidas collaborate on Nature collection
Sticky M.A. celebrates the lunar eclipse with *Luna Roja*