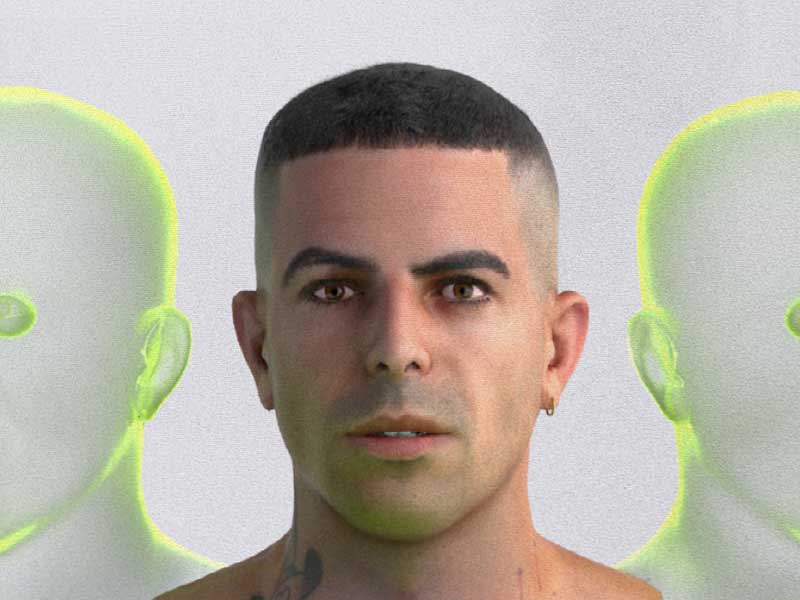 In a universe in which the barriers of the real and the virtual are practically non-existent, Pablo ® has come to break the limits of matter and our perception, activating all the senses towards to a parallel reality.

Pablo Rosacruz -dj and producer of ATICA– introduces in the scene the project ATICA FOREVER with the creation of his robotic alter ego as the first animatronic replicant of EMD that himself will control. The avatar Pablo ® will be the result of a mix of his passions: 3D, technology and music in the same trash-concept.

Thus, after 10 years of success in the industry, Pablo dies physically and is reborn in the digital world, giving way to eternal life to generate an audiovisual experience out of orbit. His ability to be in many different places at the same time, as well as controlling from a dock the whole stage, will go beyond what Gorillaz already did with his virtual character band or Lil Miquela as influence rendered. Pablo’s resurrection as a hyper-realistic avatar will be to experience a live chapter of Black Mirror. 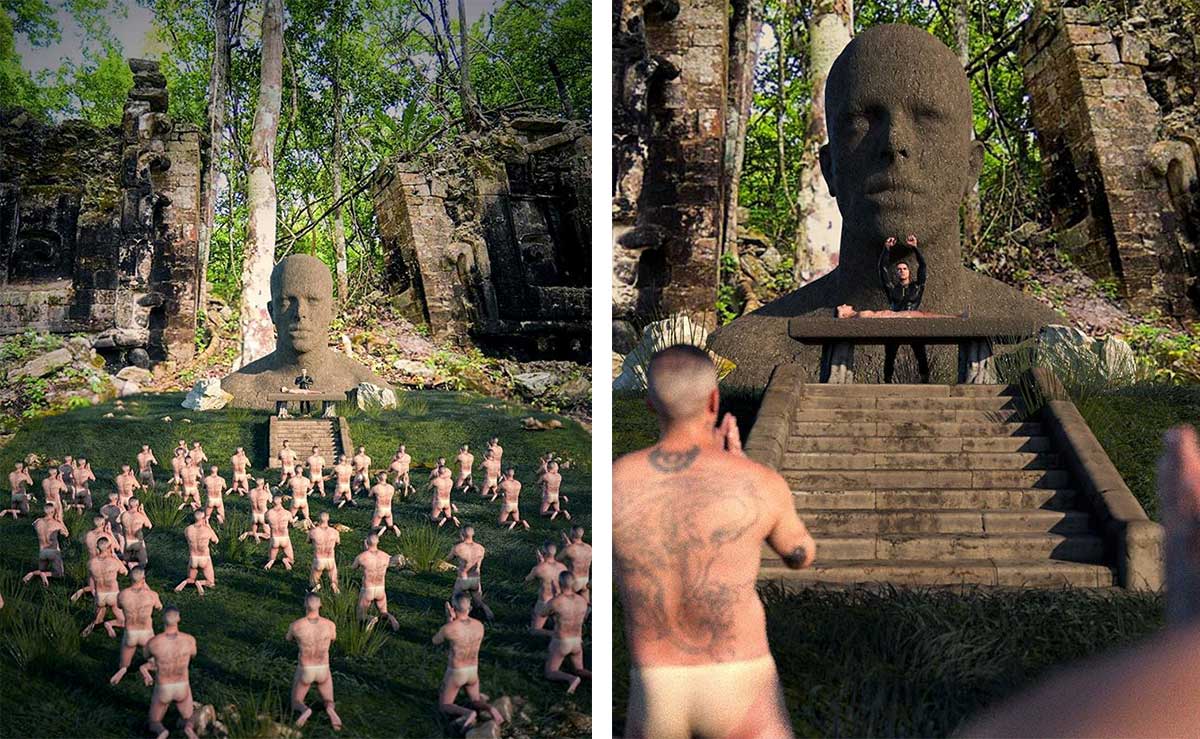 Because, in the new era where human authenticity in EMD is practically null, and the djs are robots that reproduce songs programmed in a loop, the 3D avatar will perform actions in large format, holograms and social media in a new concept of electronic artist that controls in real time the music, video, lights and pyrotechnics from any stage of the world (or even several at the same time) keeping intact their physical and mental limits. He will also use advanced technology to bring us the true ancestral meaning of fashion in terms of functionality, finishes and design in a palette of possibilities that is more than infinite.

We spoke with Pablo Rosacruz, leader of ATICA FOREVER, so that he could finish defining for us all this new technological paradigm made in the future:

Highxtar (H.) – After 10 years of success in the EDM scene, when did Pablo Rosacruz decide to die physically and be reborn in a virtual format?

My physical death is not total, Pablo® and I are a team now. I have died in social networks and in other fields such as big festivals…because I consider that in the current environment my physical presence is irrelevant. People want spectacle, constant content. The cheap selfie and the showoff is not something that my person likes to do.That’s where Pablo® comes in to help me and generate a more complete audiovisual experience.

I also believe that there have been some years of stagnation where physical media, such as mobile phones or pyrotechnics in shows begins to become obsolete. The world is about to live a new digital revolution with technologies like virtual reality and I wanted to be part of that revolution from the beginning. That’s why I decided to create ATICA Forever. Responding to “when” the light bulb was turned on after a conversation in Los Angeles 3 years ago with a great artist and good friend Golgo, in which talking about all these advances, animatronics, vr, which were always things that I was very passionate about, I realized that it was time to take the step.

H. – What inspired you or how was the creative process of the hyper-realistic avatar?

P – As I was saying, it started with a conversation about AKIRA and robotics. Later on I realized that the concept of the robot was somewhat old-fashioned. The possibilities of a digital ultra-realistic world are growing by leaps and bounds. I’m an amateur of 3D even before the musical production, I started to make my ‘pinitos’ when computers took 3 days to make a single frame, in all these years I have been inspired by hundreds of things, from pixar movies to military robotics, pioneers like the team of Oculus rift to small conversations with friends and artists.

H. – The serie / documentary that you started with the creation of Pablo® will follow in any way from the activation of the avatar?

P – The documentary that I initially intended to generate in the form of constant episodes while generating the project … I realized that it was not realistic in terms of execution. At the end of the day, I’m still managing everything. And just producing good music takes up a lot of my time. So I’m compiling a lot of content throughout the process with the idea of later, when I get to my current vanishing point I can issue a small document telling how the whole process has been. That fugue point is to take Pablo® to a big stage in a holographic way and to generate the first inversive experience in VR of the EDM.

H. – Virtual bands such as Gorillaz already represented a before and after in the lives. What advantages does this new concept of electronic artist allow?

P – To start, the possibility of playing in several places at once. But in the case of an avatar that has its skeleton and realistic animation capabilities. The advantages are endless. An easy to understand example is that I can capture professional choreographies and apply them to my avatar. On a stage I can be a Pablo or a hundred, a mini Pablo® or a Pablo® 10 m high. It can seem human and realistic or an entity of different materials.

The capacities are infinity.

H. – How will the new audiovisual experience be in terms of music, video, lights, pyrotechnics, holograms…?

P – Musically after devoting a lot of time to the creation of the avatar, I’m producing now more than ever … in the coming months more ATICA music will see the light than in the 3 years I’ve been with the project. In terms of show, facing the live at large festivals the big difference will make the ability to interact through an app with the show and live holograms controlled in real time.

H. – Don’t you think that in a future of animatronic replicants in art, human authenticity and the development of creativity would be lost?

P – One of the most important djs and producers in the world right now is a guy with a marshmallow on his head. The big edm festivals are semi-military audiovisual operations where the “what the person does” factor on stage is totally the least of it.

I think this trend is unstoppable, we have lost many factors of human authenticity in recent years because of social networks and mobile phones. And really a mobile phone is a small crystal screen with very big limitations in terms of communication capacity. Our brains and our bodies work at a much faster rate than we can express through a phone and yet we already see cases where people prefer not to talk to the girl they like on the street and wait to get home to throw a DM.

If these changes have been so drastic in society with such a limited device imagine when we can have parallel lives in virtual reality with ultrarealistic avatars. Where you live, or how you are in person will never matter anymore.

It has its pros and cons. I personally from the first manifesto expressed my discord with some of these new paths in humanity, but at the same time I understand that it is inevitable and I believe that being a victim is not my role in this story. I want to take the bull by the horns and have control of my character.

H. – When will we be able to see Pablo® playing on a stage and control in real time the whole scenography?

P – This is certainly my main goal right now, but it’s not up to me alone. Agencies, money, production teams are things I’m working on now without a break to make it happen as soon as possible. I would like to think that before the end of 2019.

H. – Will the music maintain the sounds of ATICA or will it go to a totally different phase?

P – Now more than ever I have a mentality regarding my musical production in which I do not set limits. I’m preparing a pure electronic downtempo EP, more ATICA style releases for the dancefloor and also a pop project in which I sing some songs.

“The world is about to live a new digital revolution with technologies like virtual reality and I wanted to be part of that revolution from the beginning.” 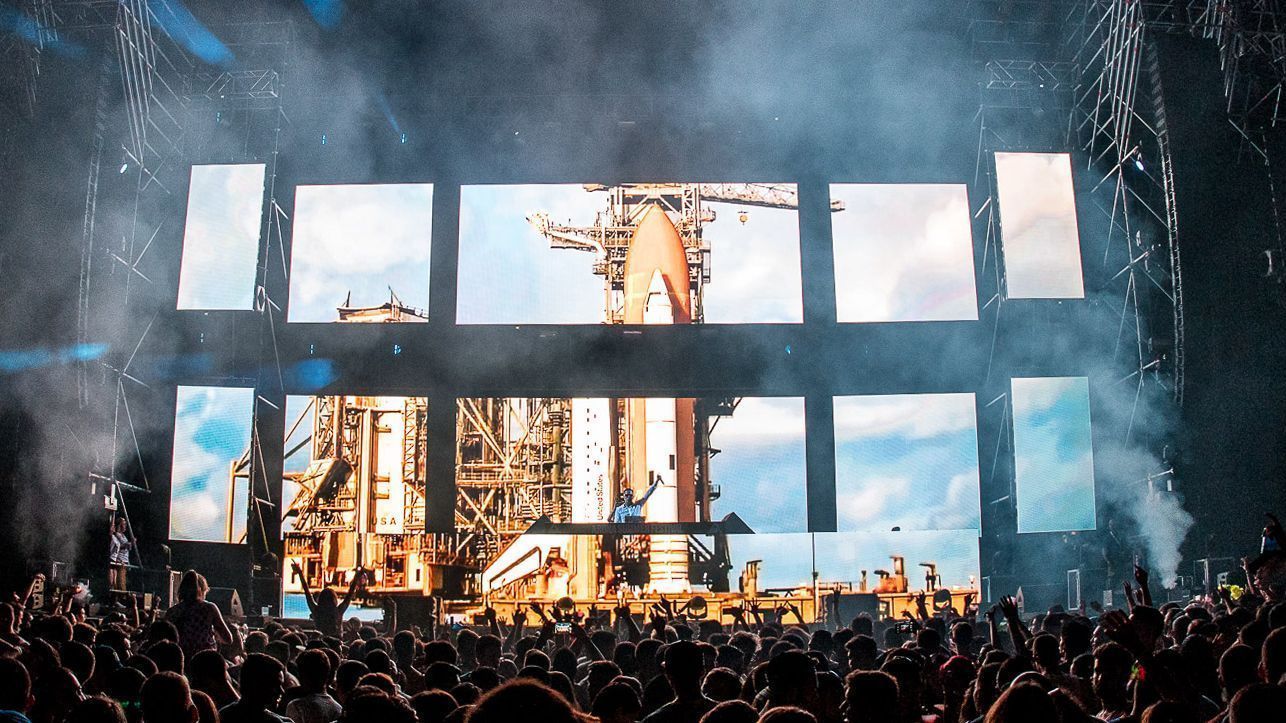 H. – We see how in one of your IG posts you talk about how 80% of the fashion we see is an illusion or has become an irrelevant status symbol, how will technology be used to create that true ancestral meaning in fashion? What will Pablo® bring to the industry?

P – I think fashion no longer has anything to do with what you’re wearing, but with who’s wearing it. You can make a T-shirt that is a garbage fabric with an illustration made in 4 minutes. If Kardashian wears it you are a fashion god. We live in an era where marketing and positioning play a more important role than the product itself. I’m not a fan of this but as I said…adapt or die. So I work more on HOW to get it to people than on WHAT.

H. – Where do you want to go with this futuristic and immortal being? Do you think that the alter ego of Pablo® could play in macrofestivals like ATICA?

P – The mission is to generate an audiovisual experience according to the advances that we are living, I think that throwing cakes or fireworks is a little thing back already. If technology offers me thousands of new possibilities to surprise the public, why not use them?

And of course I believe that Pablo® in great festivals like I did humanly. That’s the key to the project. To bring that new experience to the great masses.