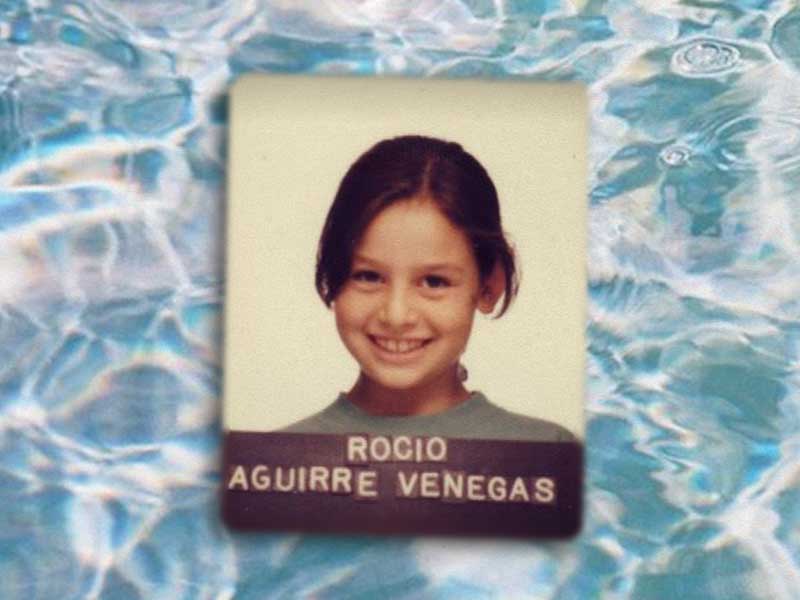 We talk w/ Rocio Aguirre, the eye behind “Vuelve a Casa” from C. Tangana

Rocío Aguirre projects through her analog lens those dreamy scenes that accompany her journey through America with Pucho, Flaca, Alex Turrión, Santos Bacana, Kigo and Carla Paucar before the world got interrupted, and the State of Alarm arrived in Mexico. 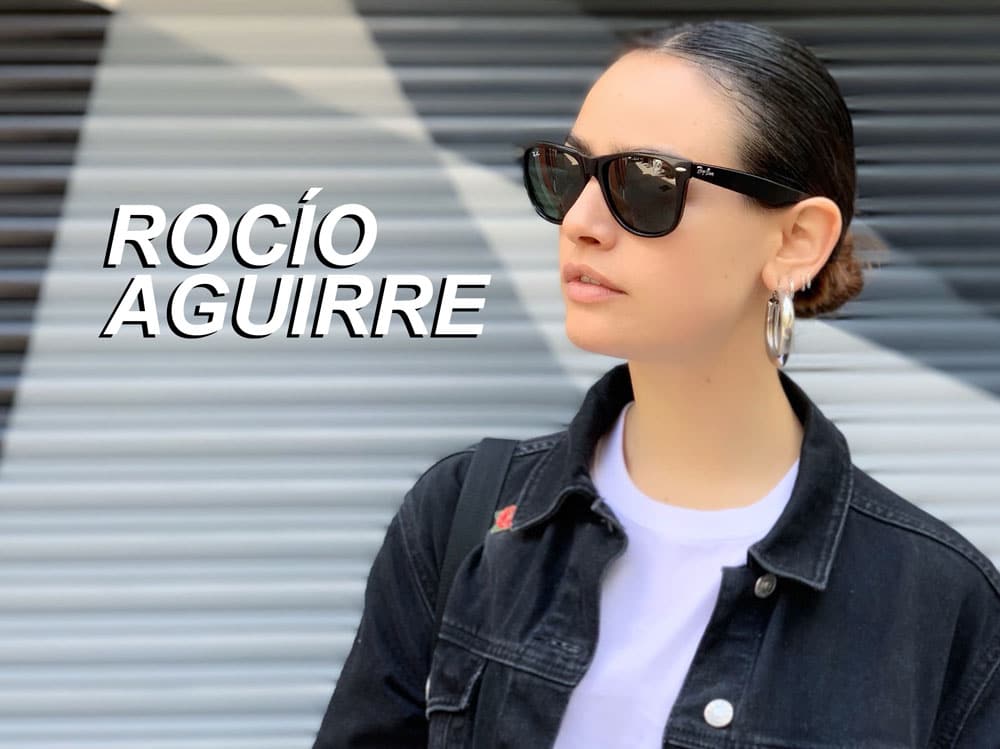 In that visual imagery we find fashion editorials, IGTV videos and pictures involving the documentary ‘Volver a Casa’: a catharsis of pleasures and social hysteria in the same film starring C. Tangana, who portrays over four episodes his lived sequences and reflections bathed in a sentimental mood, both before and after the arrival of the Covid-19. 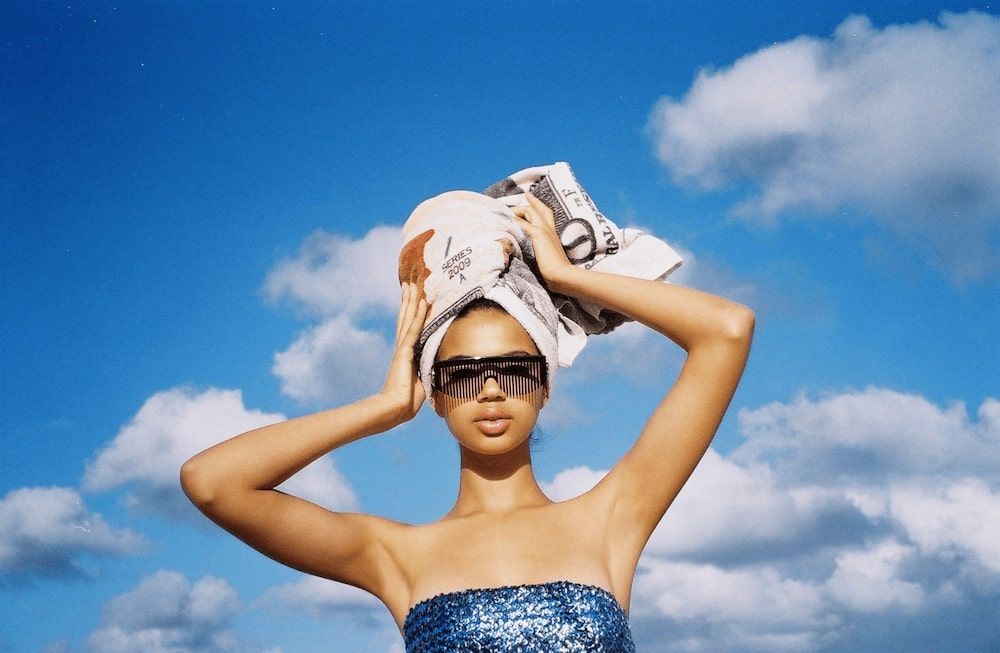 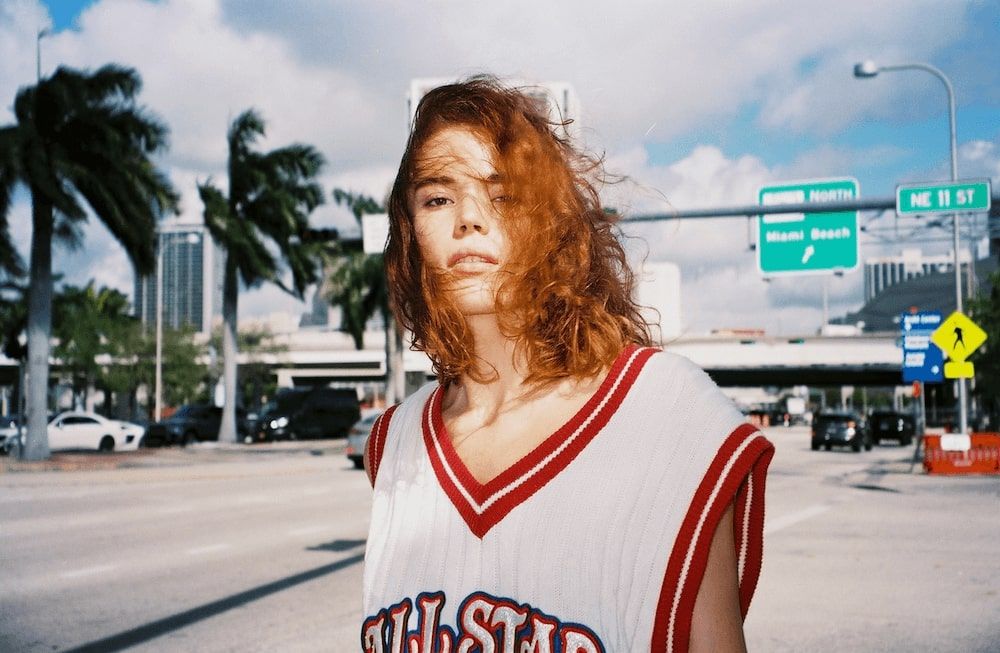 We talked to the chilean photographer R. Aguirre (@rocioaguirrev) about her work, projects, the documentary series she has produced and her experience in America until the apocalypse landed on CDMX. Among his manifesto, you will find the complete season of ‘Volver a Casa’, the editorials she carried out in the USA and the unpublished images of that journey in which energy, light and color dialogued in an eternal conversation.

H.– Since your beginnings with a camera in 2012, where do you think your photography has evolved to date?

Rocío Aguirre (RA) – I started in 2012 in fashion and advertising photography with a CanonAE1-program, which is the basic one, that camera wasn’t even mine, I had borrowed it from a friend while I was studying and I was the only one in school who used that because I didn’t have money to buy a digital one like my classmates. So, I had to do the double work, because in addition to developing and scanning, I had to leave everything in neutral to make it look digital, which I almost never did and I had bad grades because of that.

Then I realized, when I could have a digital camera and I was already working on this, that I missed having those colors, the texture that the analog gave and above all the little retouching that I used because I studied a lot what I was going to do before photographing it so as not to lose one of the 36 photos that I had on film, and I decided that this would be my stamp.

What you can notice the evolution of my photography is in the formats, which although they are still analog, I am constantly studying new ways of photographing or “developing”, such as wet collodion, cyanotype, salt paper, etc. 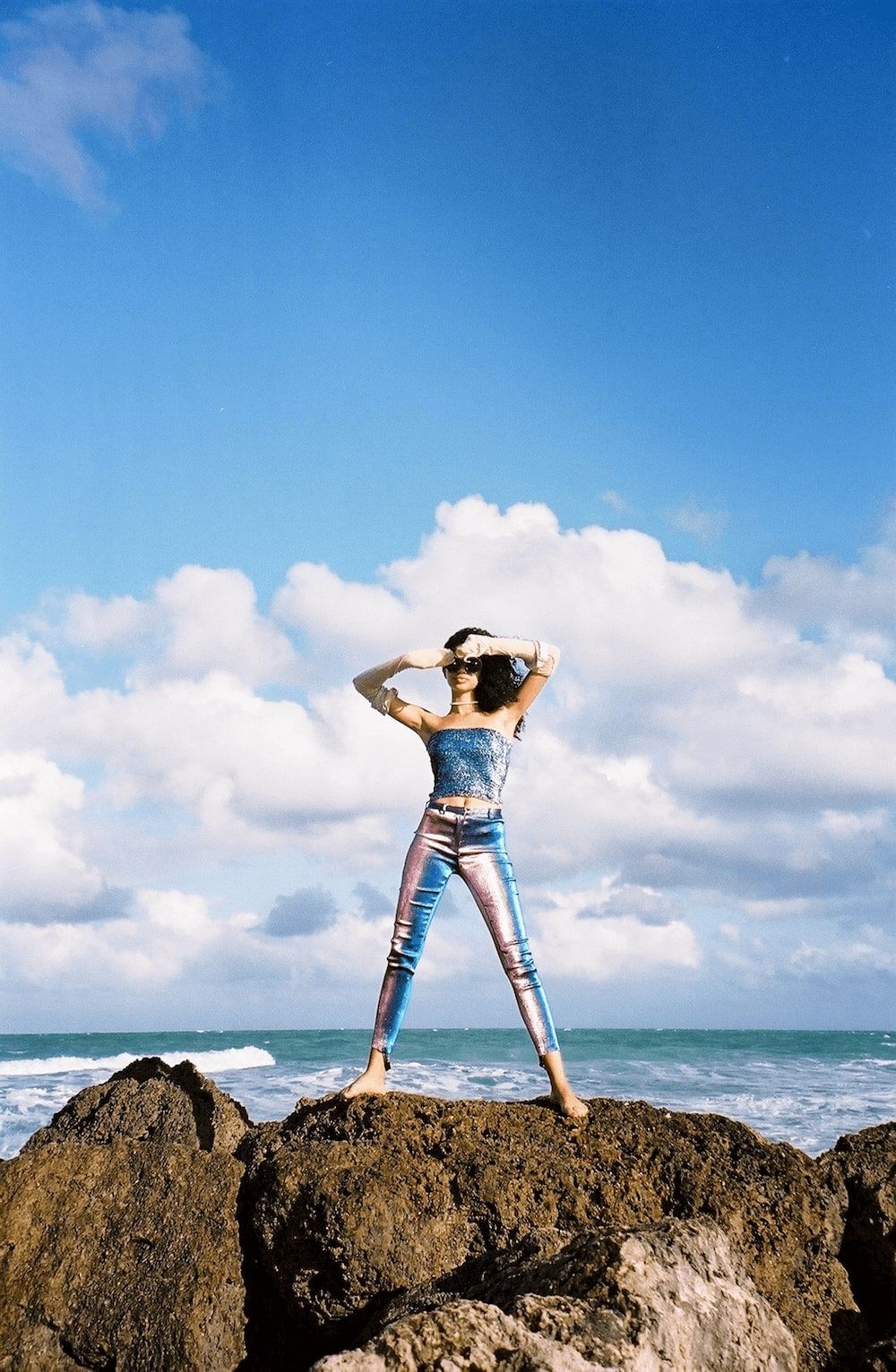 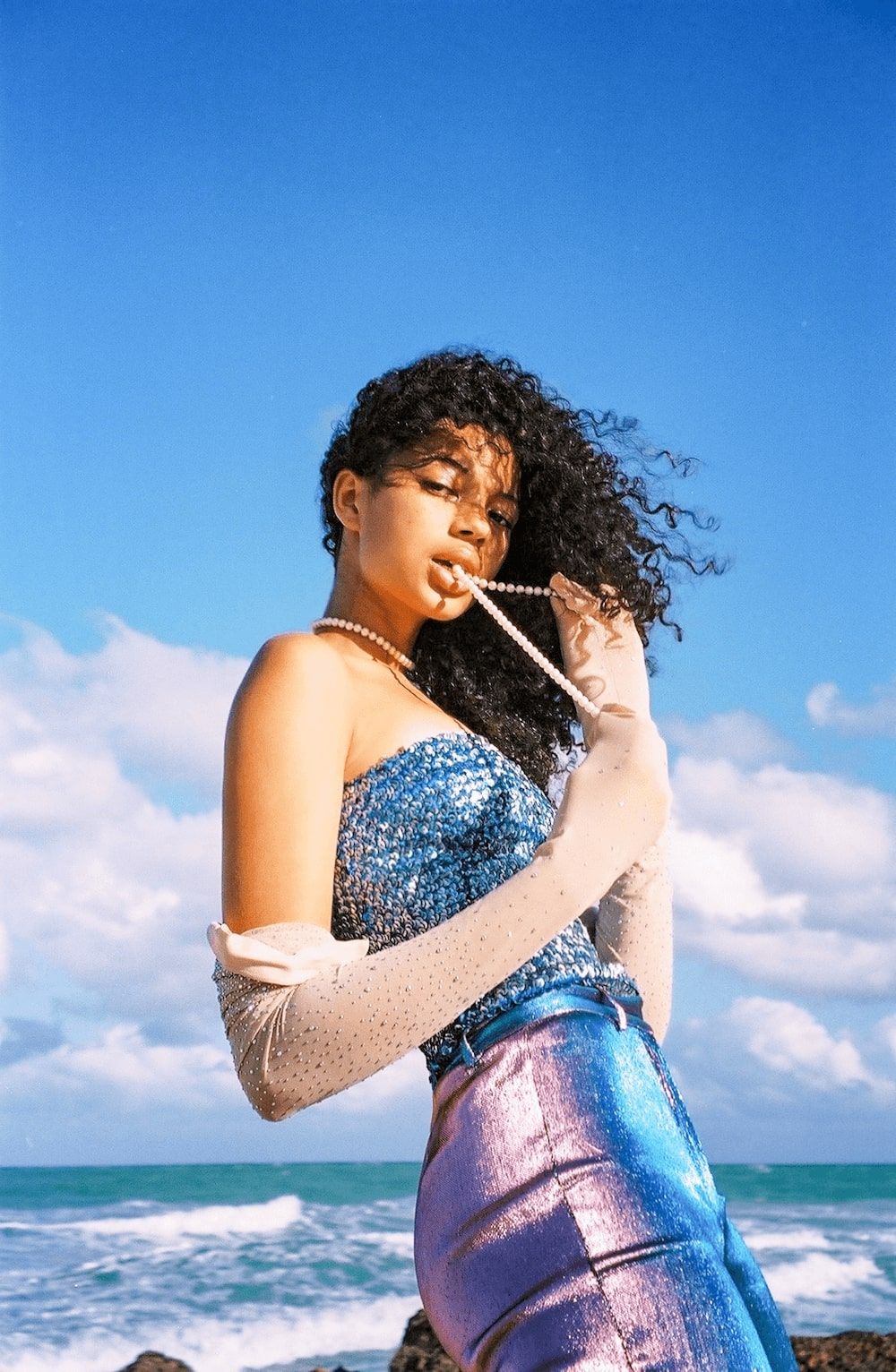 H.– I find it interesting how 90% of your portfolio is made up of portraits. Is there a reason why you have that creative fixation?

RA – In general, I don’t consider myself a very sociable person, I have a hard time getting in with people because I’m very observant and I like to see how they are doing before I interact with them. I feel that the portrait, most of the time, minimizes the ego of the people and makes them vulnerable. Most of the times, I make these portraits in 120mm so by looking down and not in front as with most cameras, I have a conversation in which it seems that I am focused on something else and so I manage to shoot with a little more naturalness, not so posed.

The best experience of this, was when I discovered the wet collodion, a technique from the 1800’s where the person must remain still for at least 20 seconds for the photograph to be fixed, something that nobody is used to in this era, being all that time still and me hidden under a canvas with one of the first cameras manufactured in the world, made the portrait achieve calm and transmit for a long time the same feeling. That could be noticed in the final result.

H.– What brought you all together on that journey? How did you live that experience of freedom to the point of isolation in Mexico?

RA – In general, we all had different motives but we agreed on many parts where more people joined the team and then disintegrated, like in Cuba where Alex Turrión joined for a project they have with Santos Bacana. Or in Mexico, where Flaca had his tour scheduled. 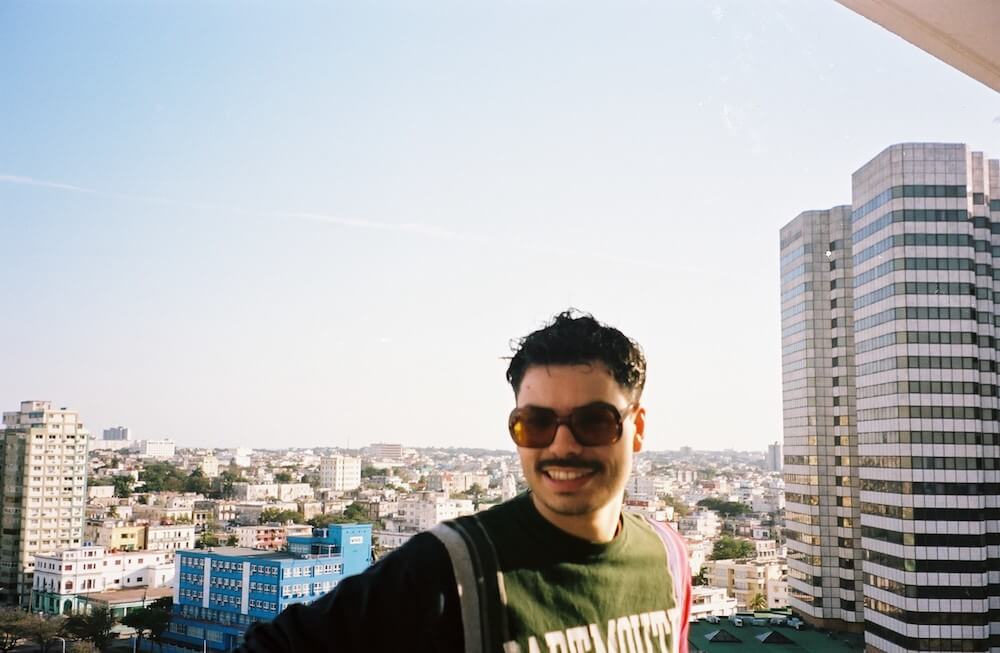 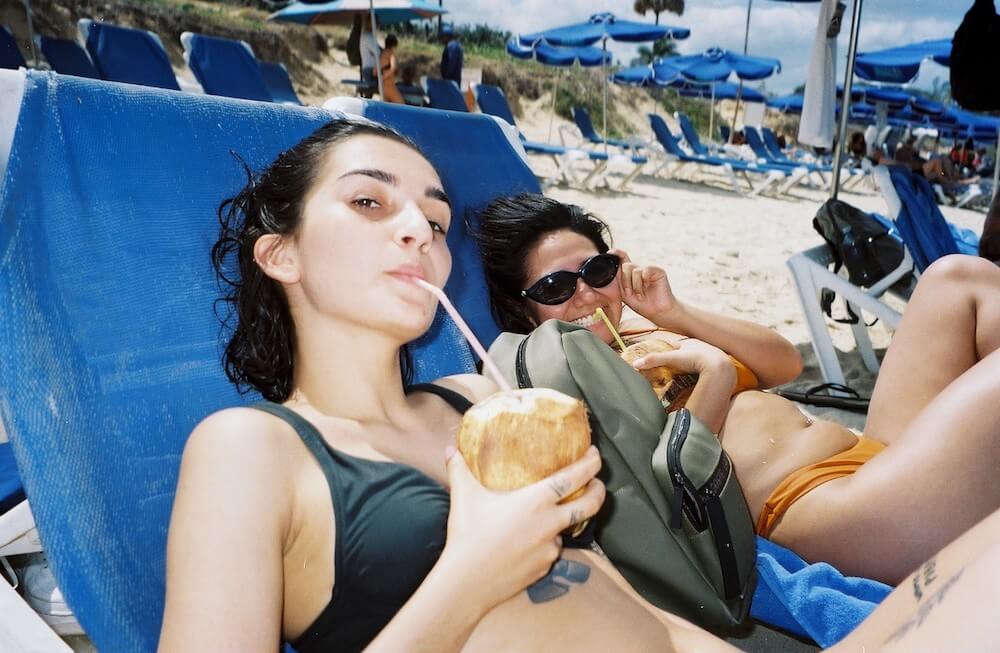 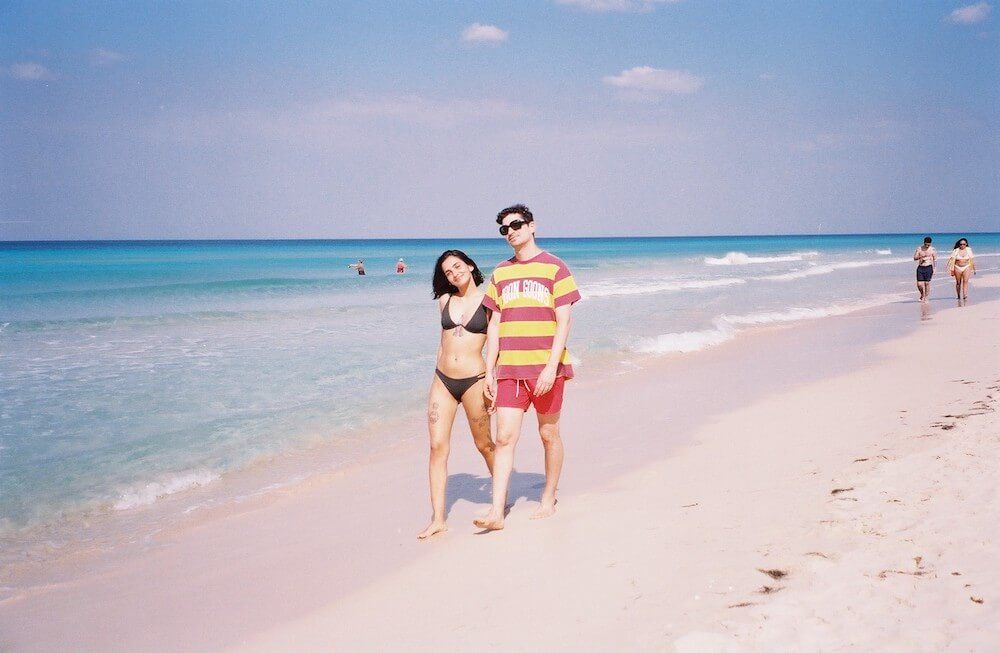 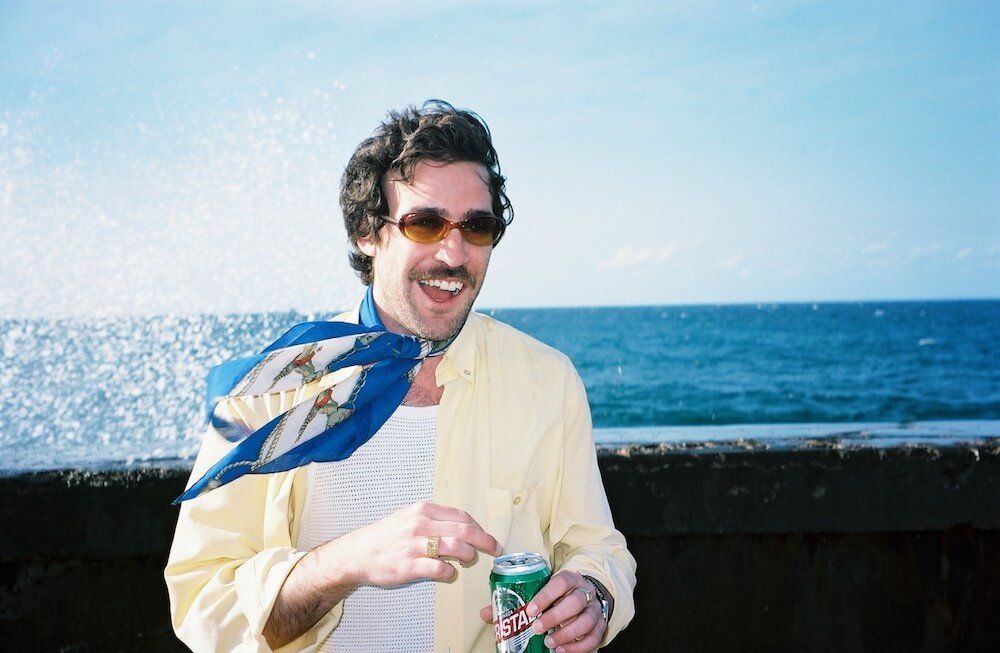 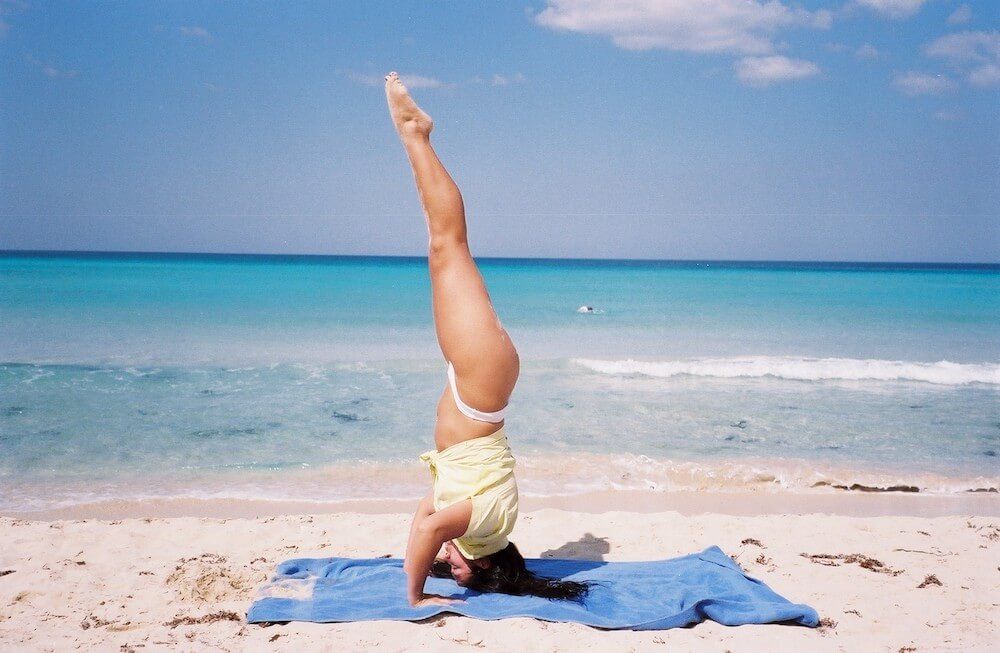 Until we arrived at CDMX everything was fine, in Miami and Cuba we did everything we had to do, but the news about the crown made our plans fall through, the trips we had, concert dates and filming were cancelled one by one. First a festival in the Dominican Republic fell, then some sessions in Canada. Later, a video on CDMX… and when we wanted to realize the whole agenda had been postponed or cancelled.

We left CDMX and went to a town in Oaxaca. In our head, after one or two weeks of quarantine, we would resume work or return to a Spain with less cases of Covid and more normality, but the situation was getting worse every day. We began to receive news that the airports were going to close, that in Spain it was already being the same as in Italy and it seemed that the options were to spend months at CDMX or to return immediately. If you watch the videos, you know what we chose. 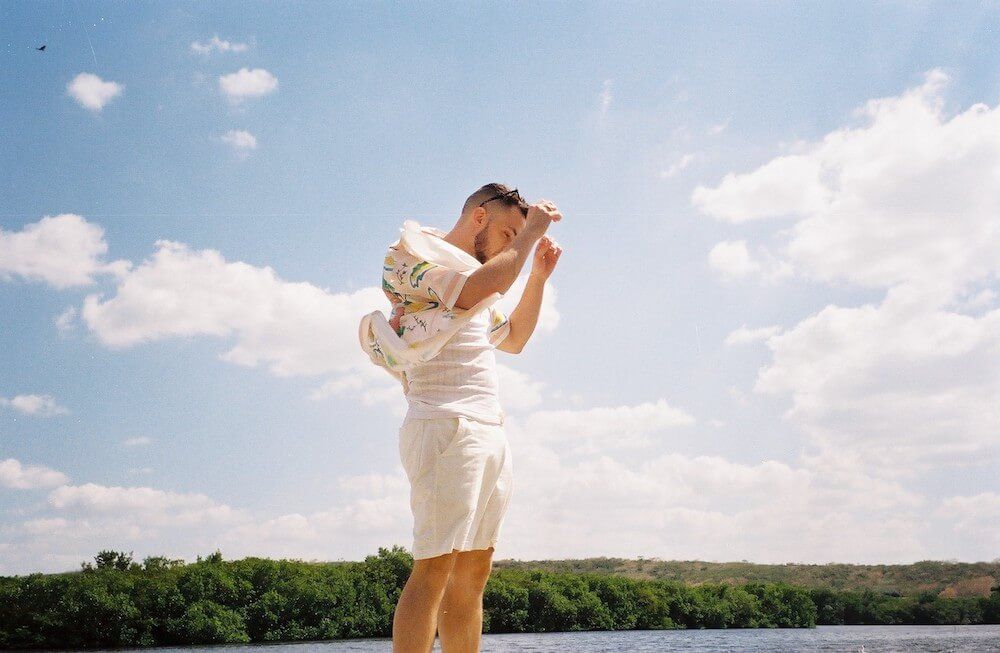 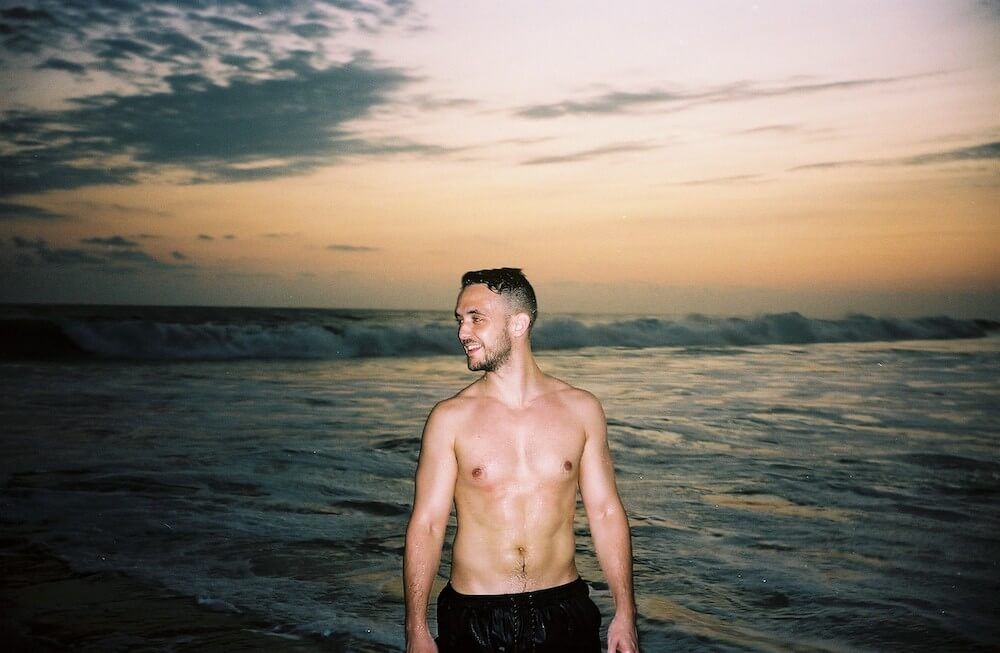 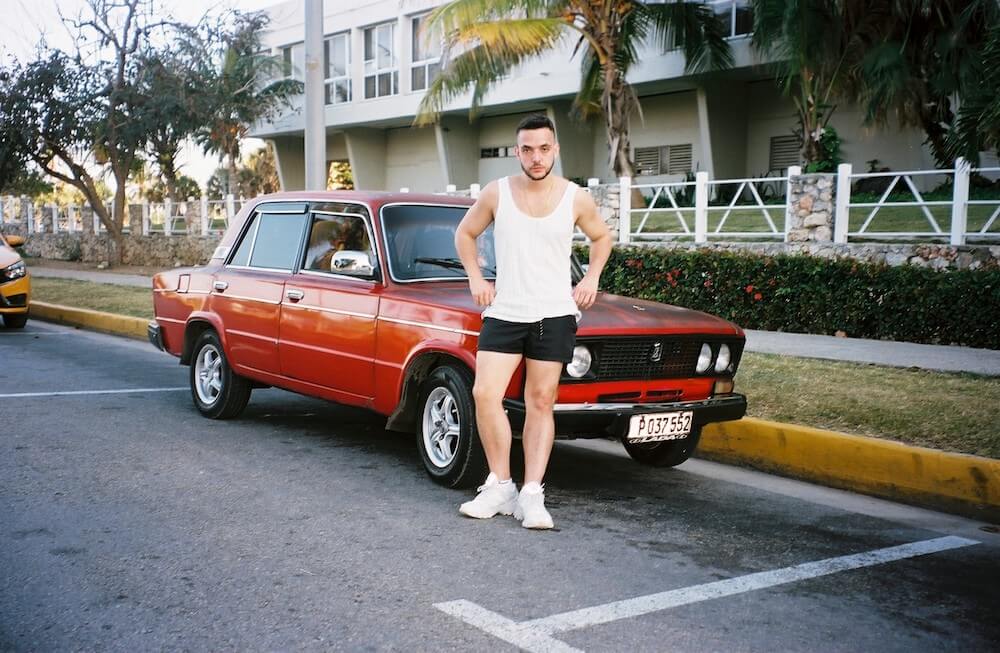 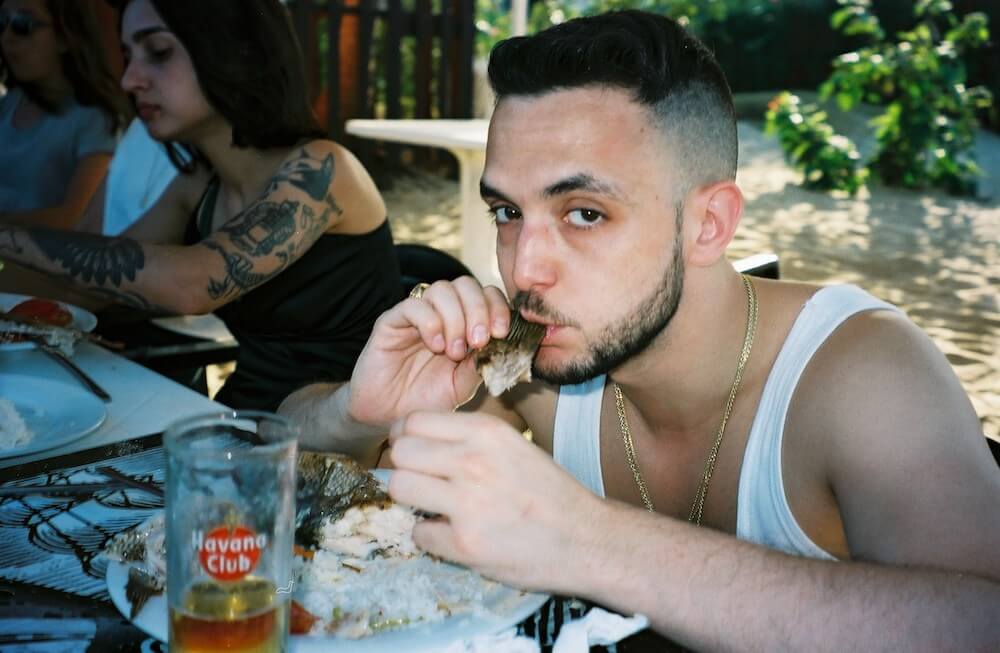 H.– Tell us about those snapshots that accompany the journey. What’s behind those moments and scenarios? Why did you decide to document them?

RA – Most of my analog photography, when it’s not an editorial or advertising, is very spontaneous, sometimes I walk around, see the composition of colors or shadows and stop or return to take the picture, with the people around me is the same. Sometimes I just want to remember that I was there, or how the sun or the clouds were that day and I integrate it into my composition with humans. 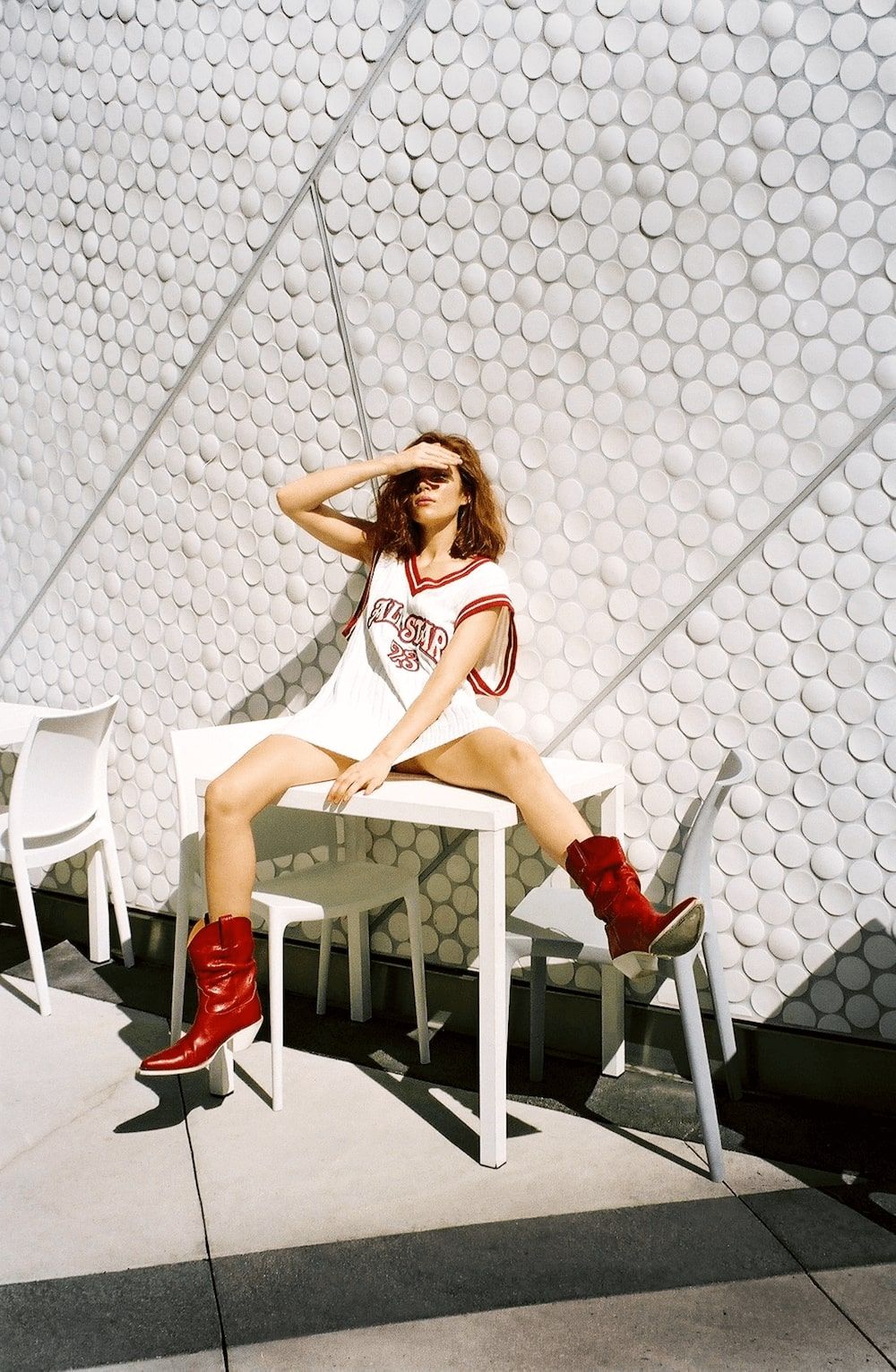 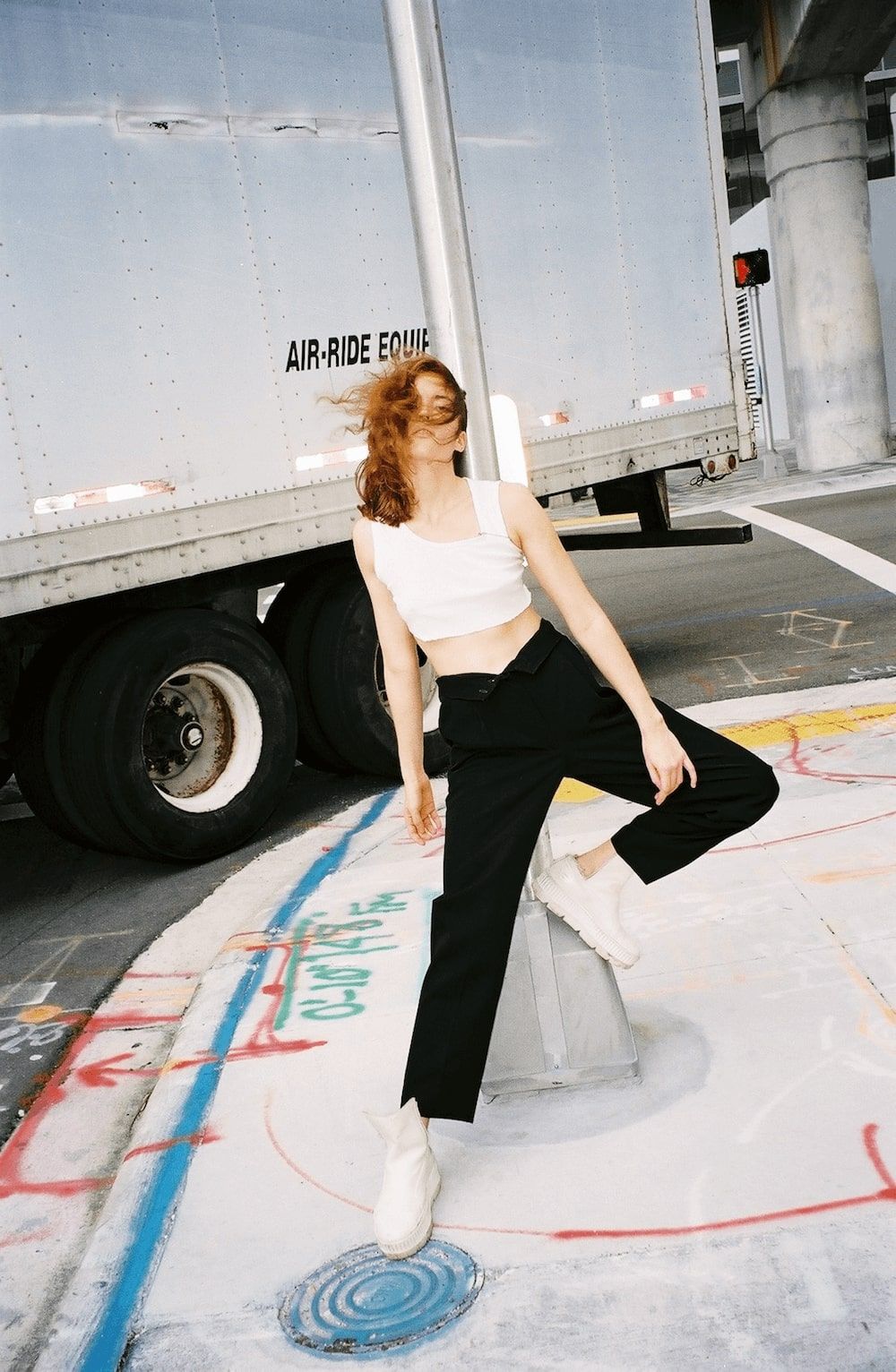 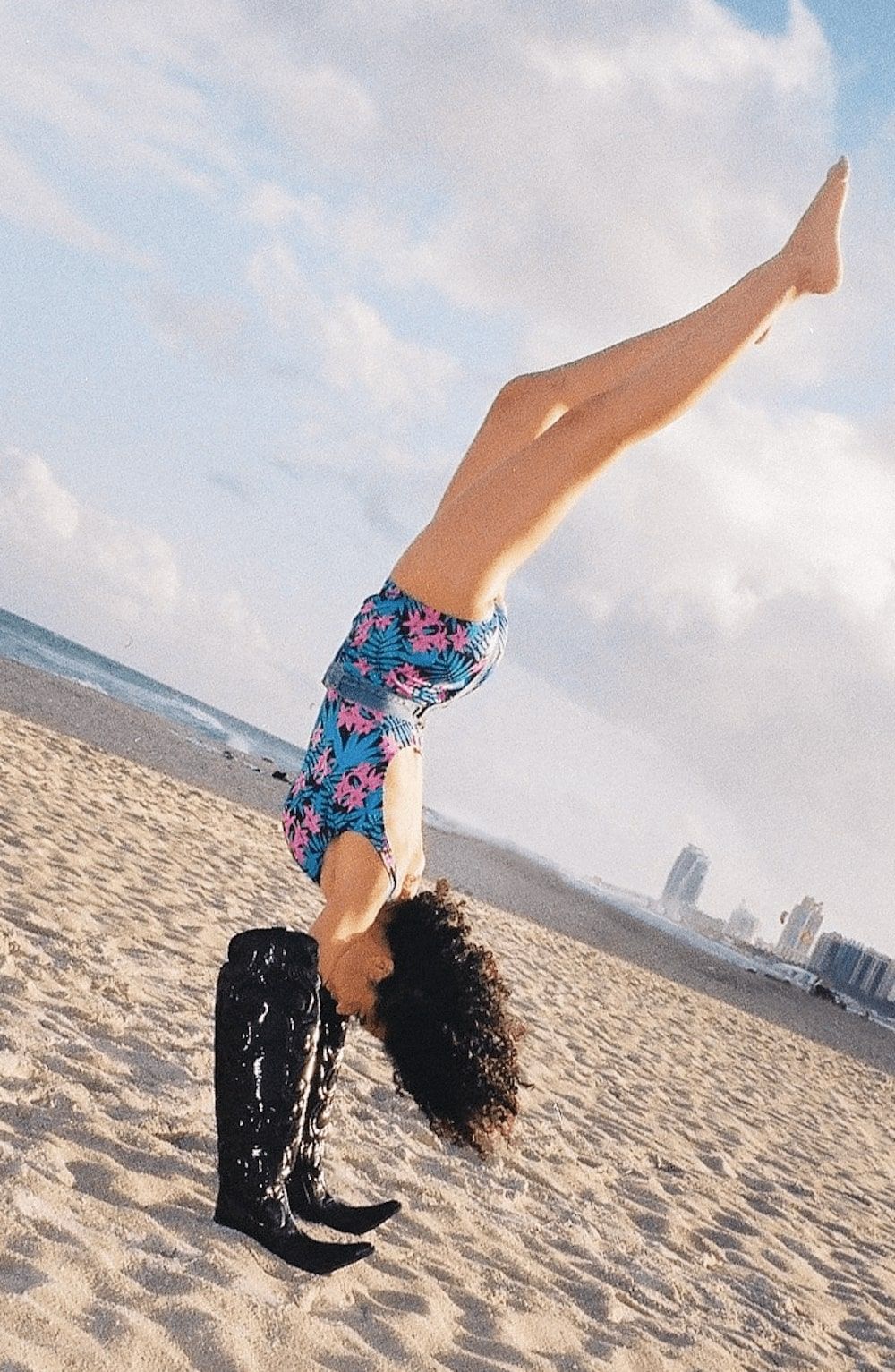 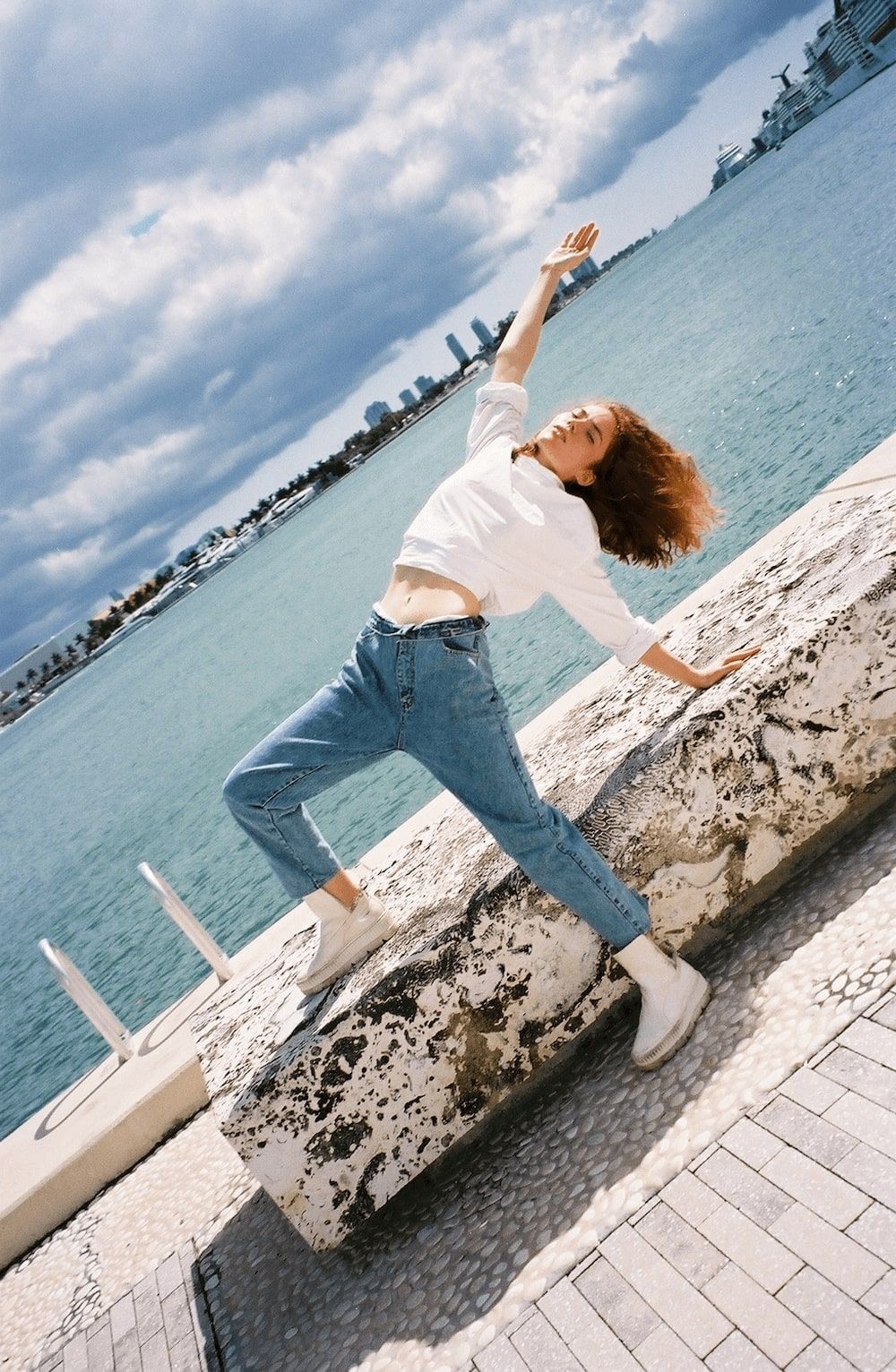 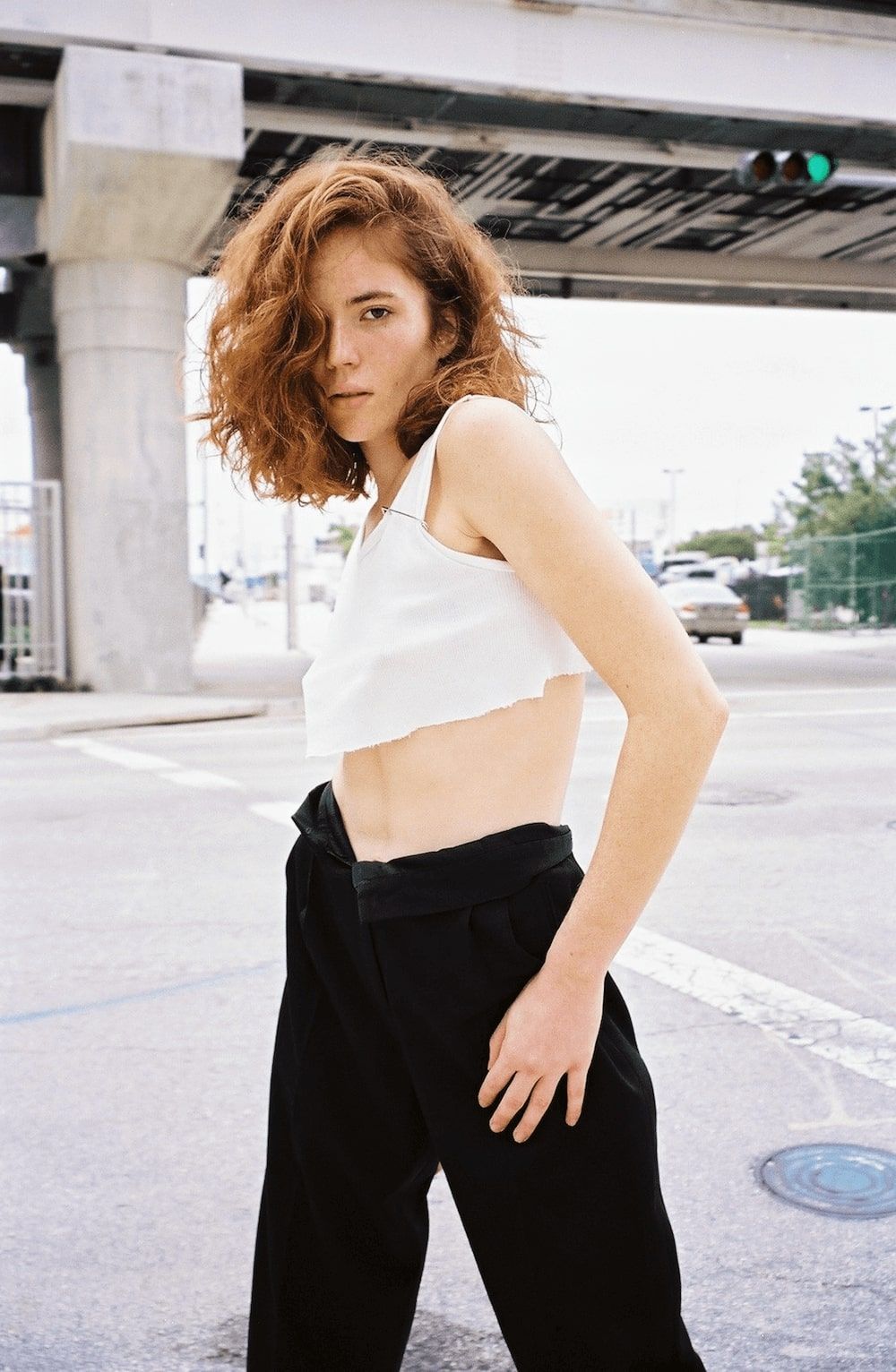 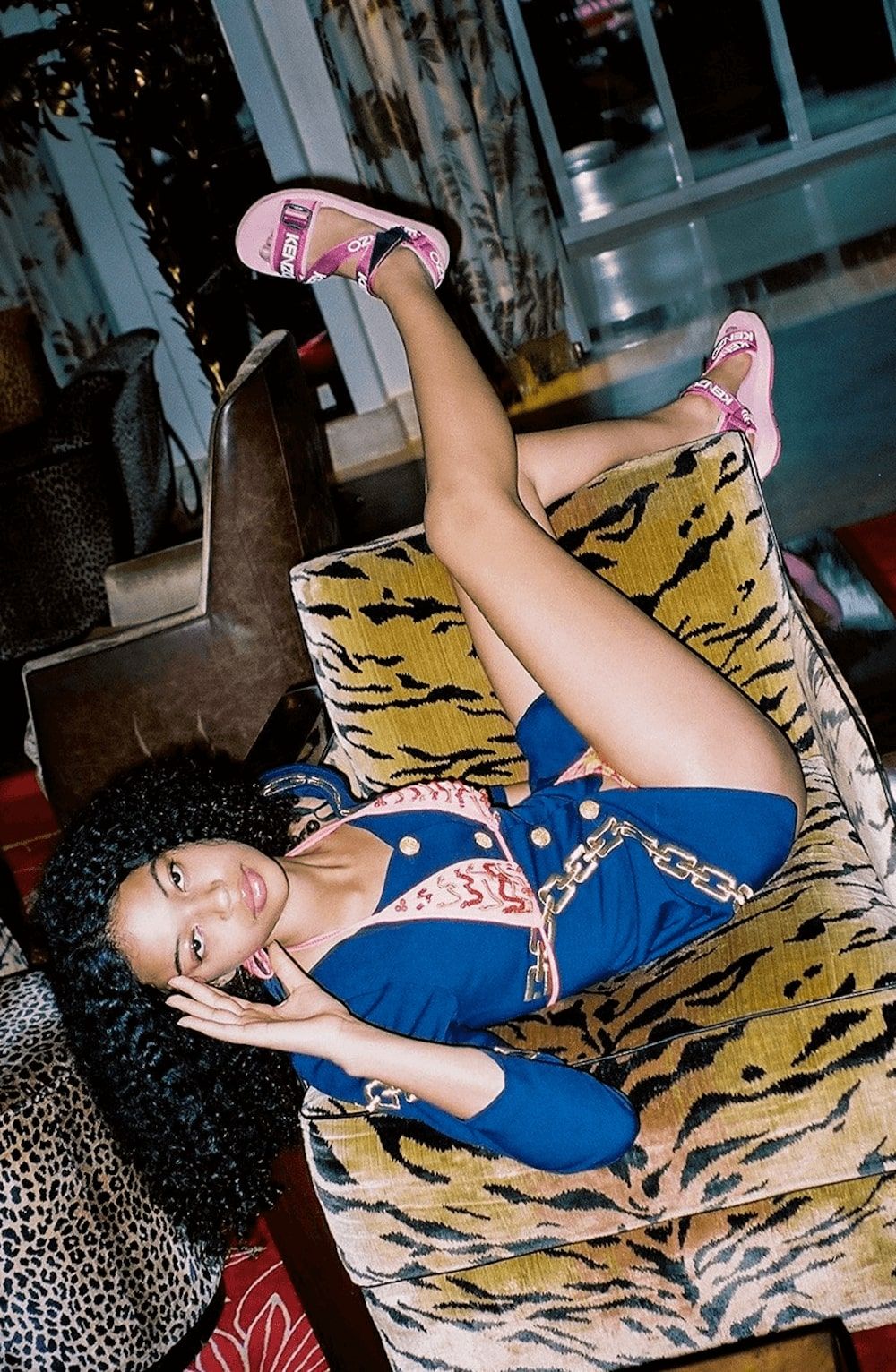 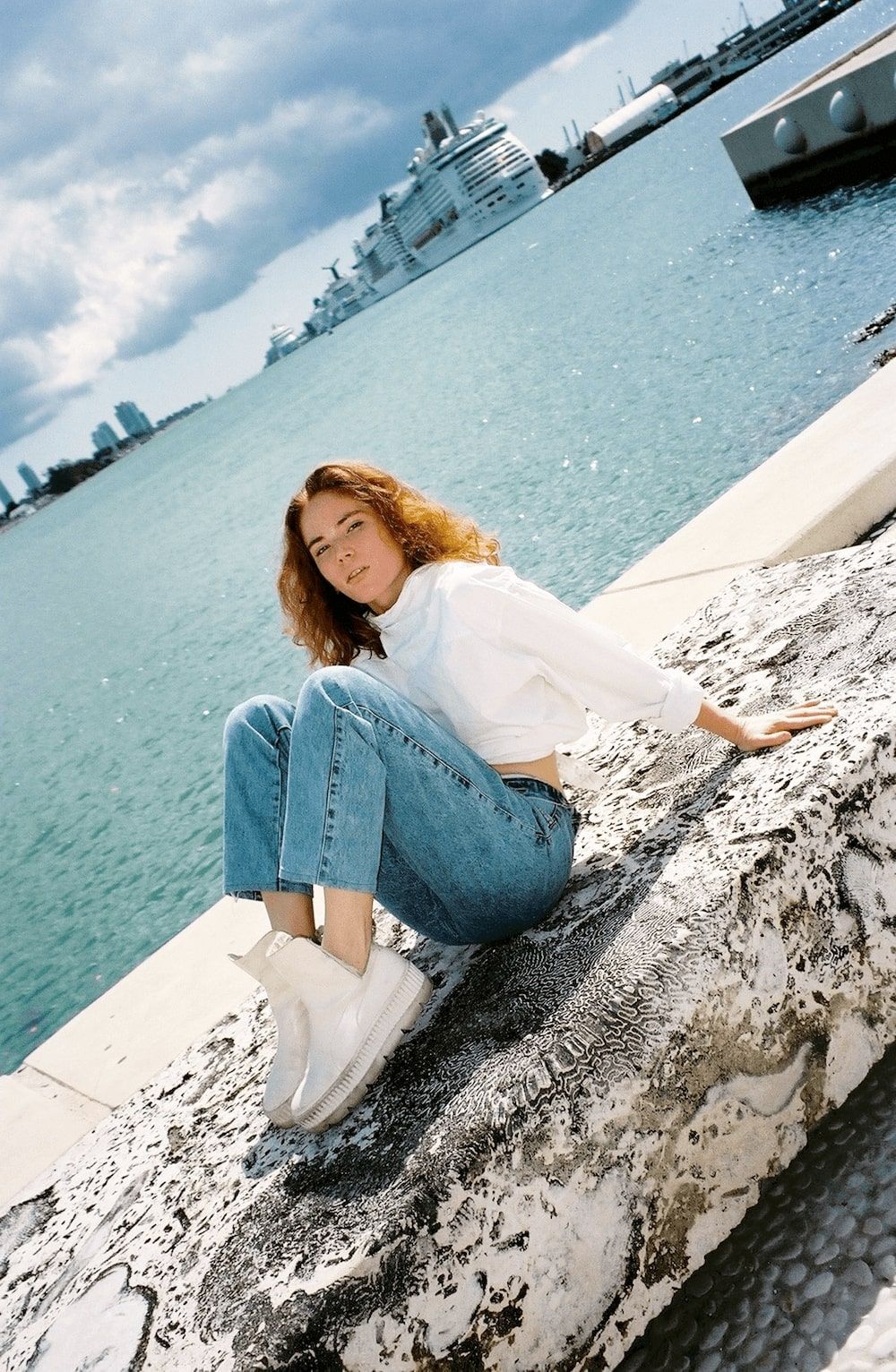 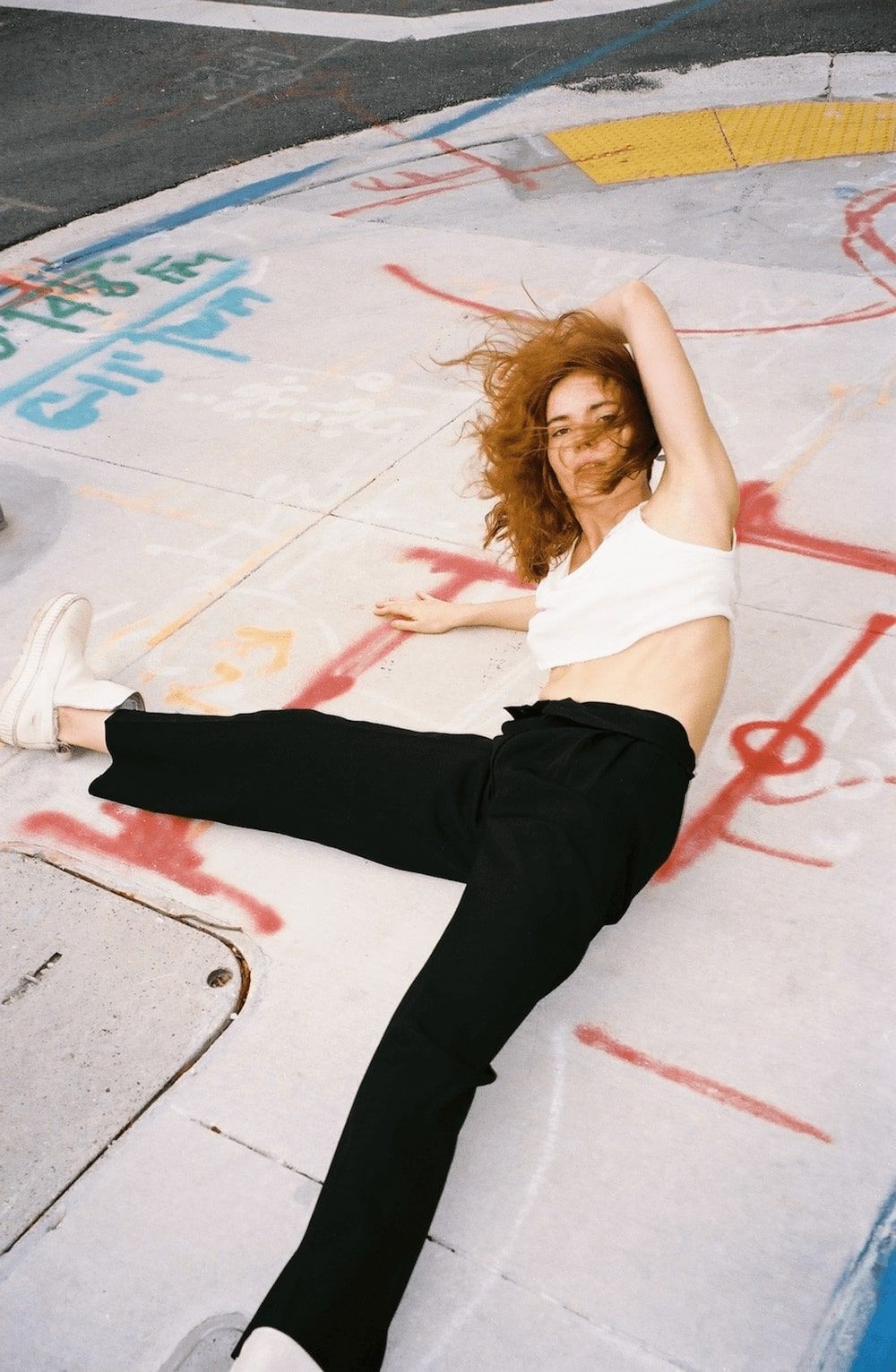 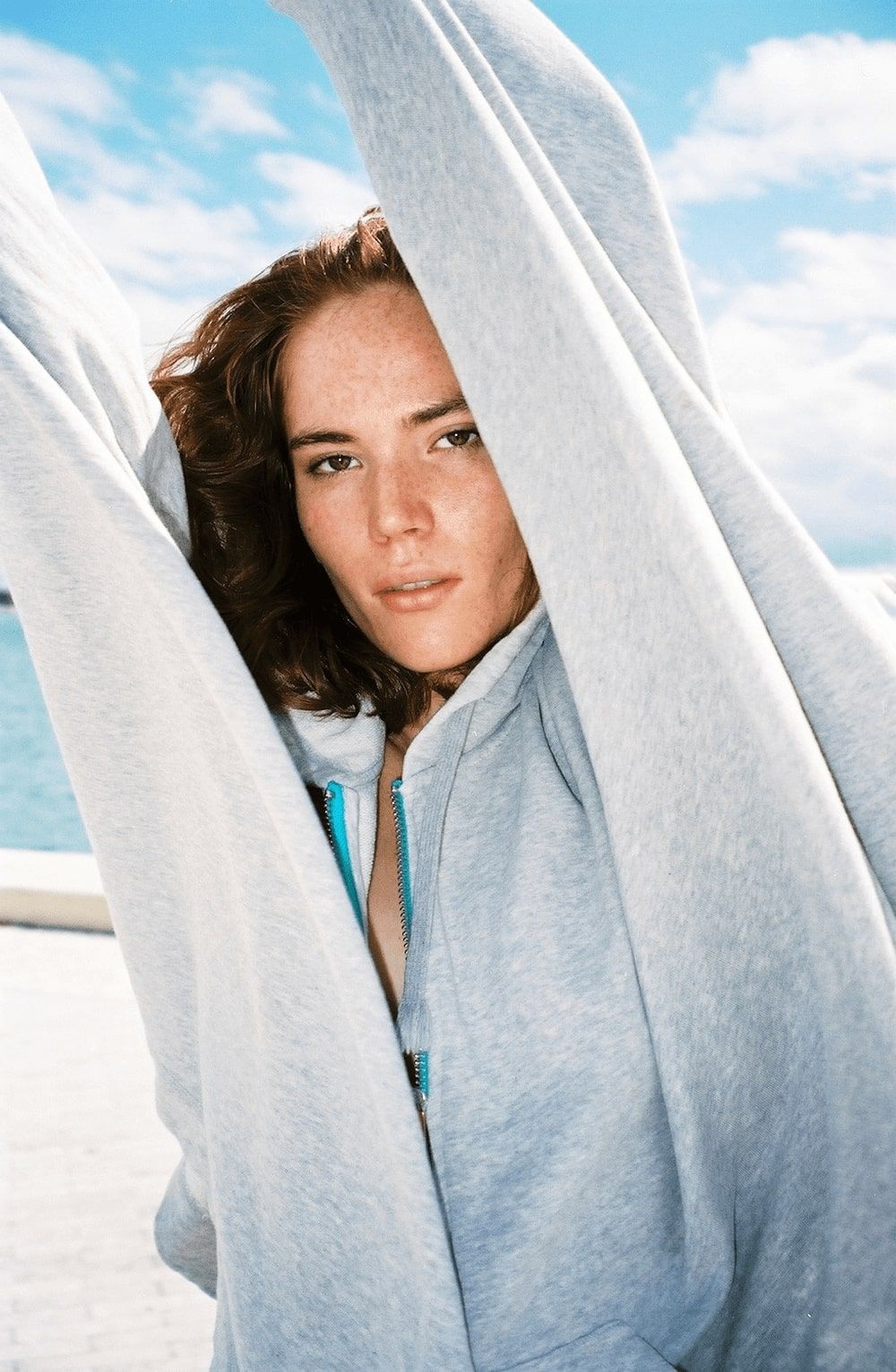 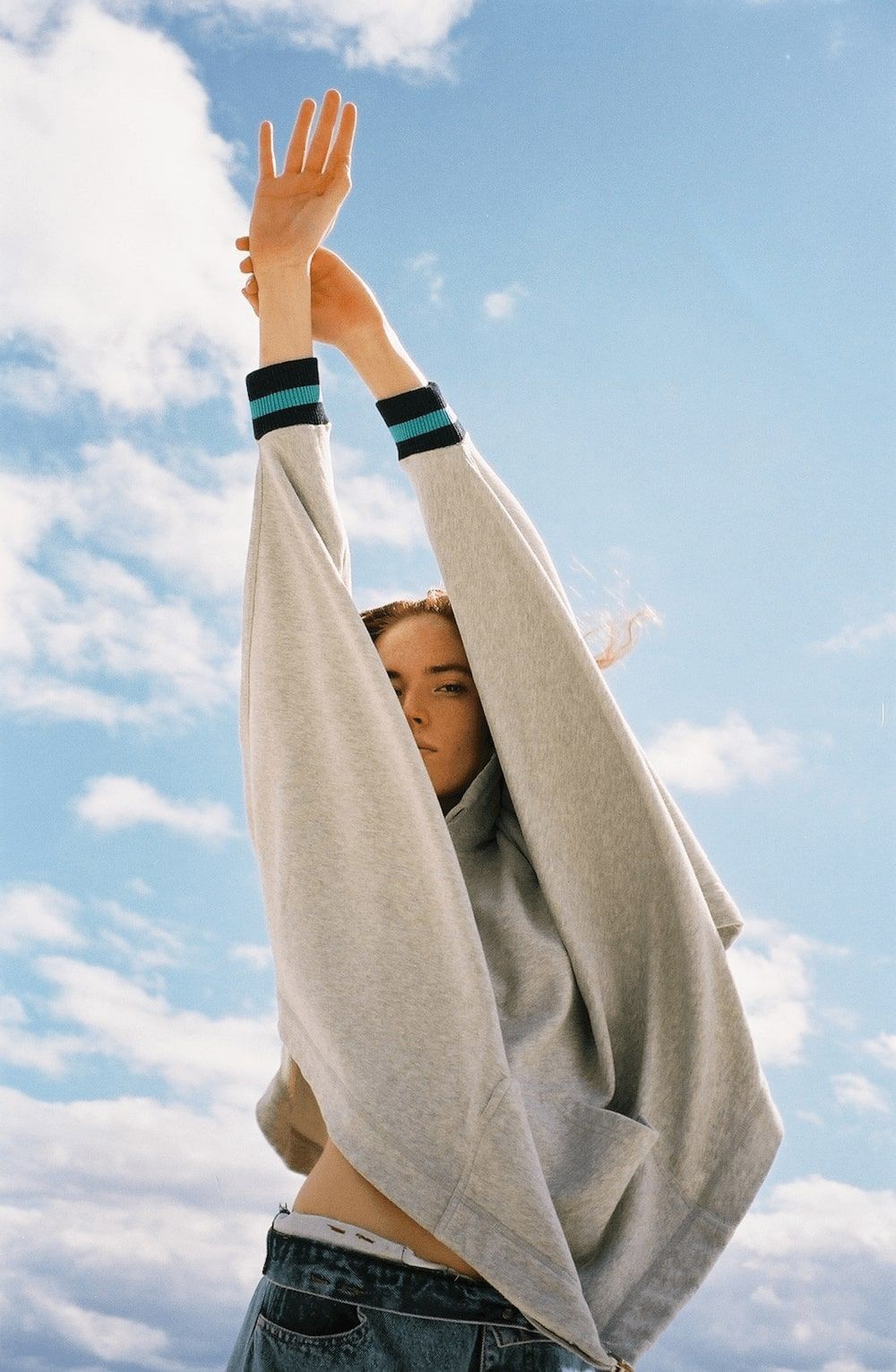 H.– What projects did you carry out on that US tour? What then stimulates your creativity when it comes to shooting?

RA – We were in Miami for a week, the idea was to document for Instagram since we wanted this tour to have a little more exposure on Pucho’s social networks. Also, whenever I travel I take advantage of doing fashion editorials with a partner modeling agency, in this case with TheSyndical, fortunately that time, not being linked to any specific brand, I could do everything in analog and Polaroid which is what represents me most.

H.– Alluding to the documentary ‘Vuelve a Casa’, were the archival images meant to be memories for you or were they already meant to be an Instagram TV video?

RA – Initially, before the Covid-19 came on our trip, we wanted to apply a version of the videos I make for brands and advertising that consists of uploading stories in real time but with HD quality and photo optics. So it was like a documentary but in real time for IG stories. When the virus started chasing us on the trip and becoming more real, we decided to stop uploading videos until everything calmed down, but it never did.

We were on our way to Cuba, where Santos Bacana was going to prepare something they have in hand… I kept recording non-stop but we didn’t know what would happen with all the material we were accumulating until we reached the end of our journey. 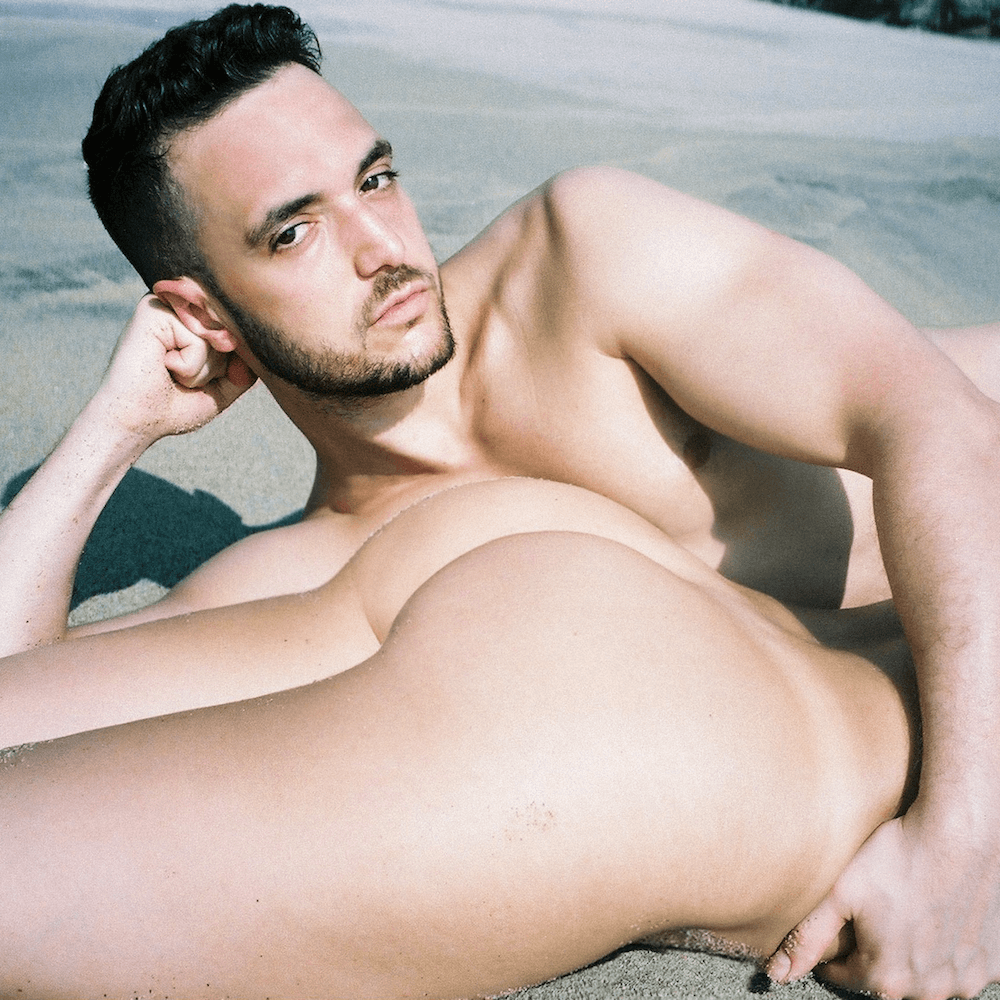 H.– The documentary series connects ‘fiction with reality’ in the same concept. It shows the C. Tangana we are used to seeing, and the Anton who lives this social hysteria and makes a criticism of the situation. What is the common thread that links all this? What is the message behind the work?

RA – We have tried to explain how the process we were going through while all this was happening. Starting from Pucho’s lifestyle but trying to bring out some things that he normally doesn’t show to his fans, a part that is a little more intimate than all of us around him if we are used to seeing it.

H.– Flaca’s audiovisual piece revolves around a DJ set, the music and the ‘perreo’. But, on the contrary, in Pucho’s, we see how there is a marked absence of music and an abundance of reality. Audios of whatsapp, ‘stolen’ conversations… C. Tangana expresses himself with music, but this more personal part does not…

RA – They are different concepts, one is a DJ set of Flaca, taking us with humor to be locked, even a way to give us encouragement to endure it. And in Pucho’s there is on one hand, the narration of what was happening to us and that part of C. Tangana that is more introspective or more human. 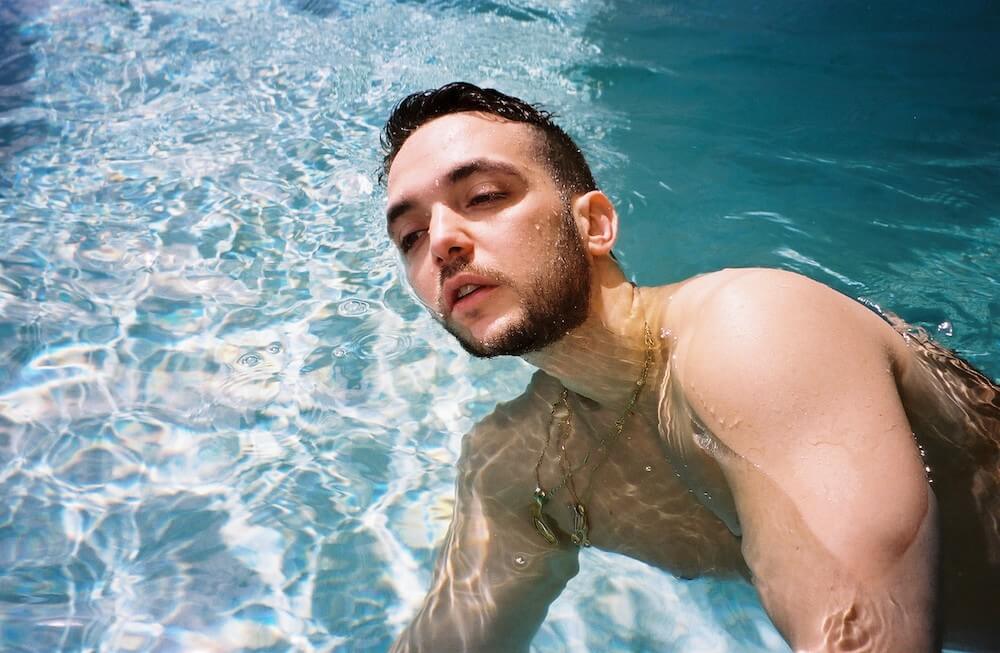 H.– The last episode of Pucho for IGTV has left a great unknown ending, which calls into question the reflection: ‘Confinement is a privilege, it means you can stay at home’. What does that last sequence tell us? Do you get the ‘Come home’ that closes the story, or does it end with an open ending?

RA – I think it has to do with showing that the bureaucracies of each country make it difficult for foreigners to process, since they do not belong to the same country, he cannot go with me to Chile or I to Spain. This is one more case of all the things that are not happening during this crazy episode of Black Mirror. There are all kinds of stories and adventures happening, we wanted to tell ours.