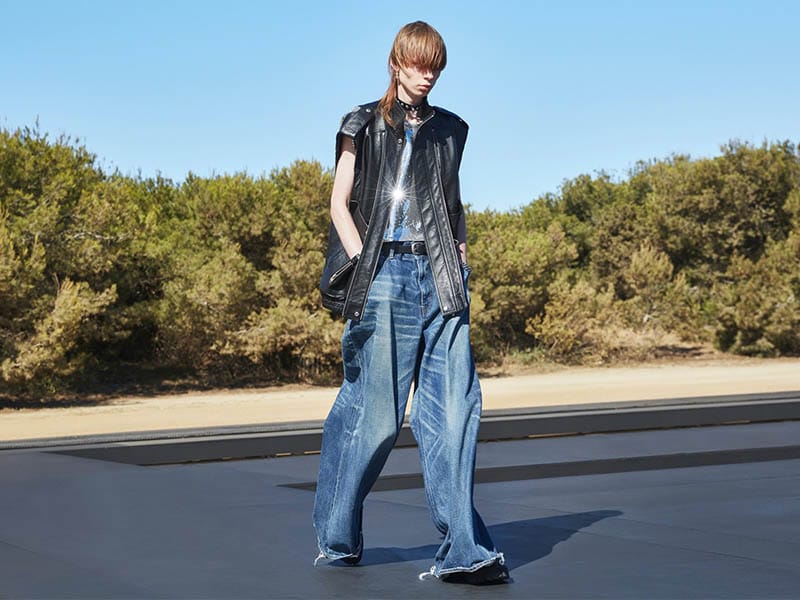 Hedi Slimane, the designer responsible for the skinny jeans of 2010, has done a 180-degree turn. On the outskirts of Saint Tropez, Slimane traded in his signature skinny denim for an unstructured, baggy one when he debuted his latest Cosmic Cruiser collection for Celine SS22. 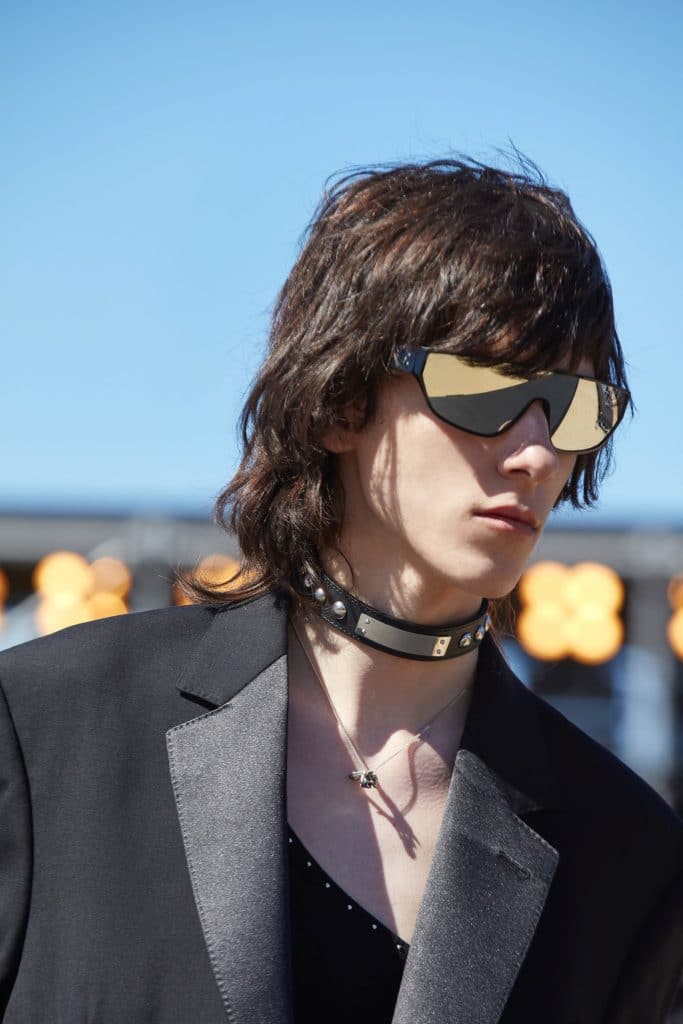 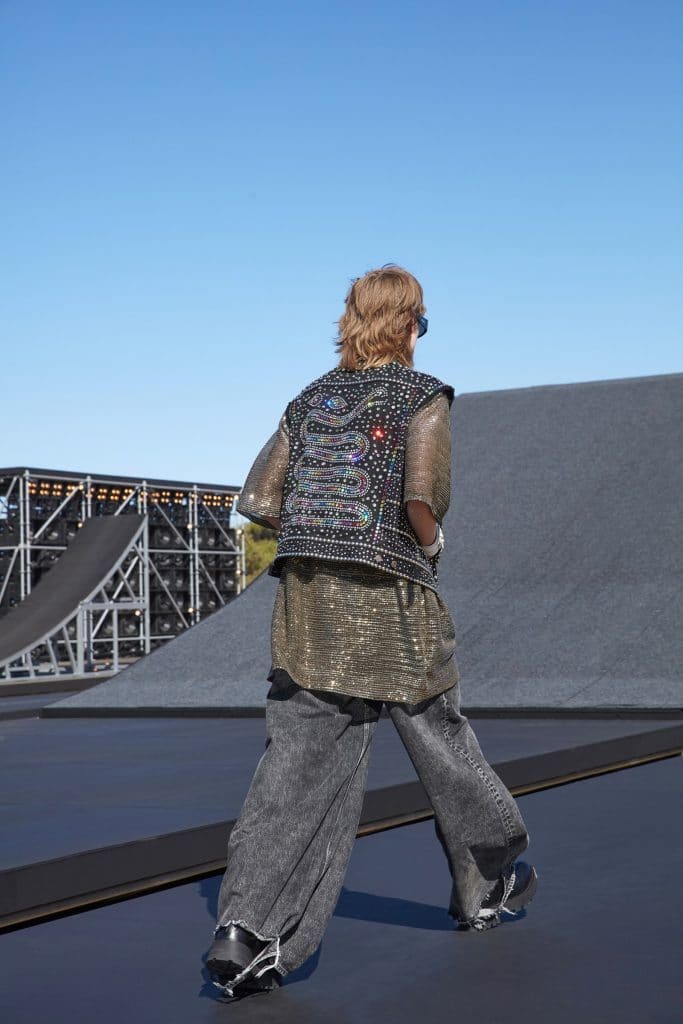 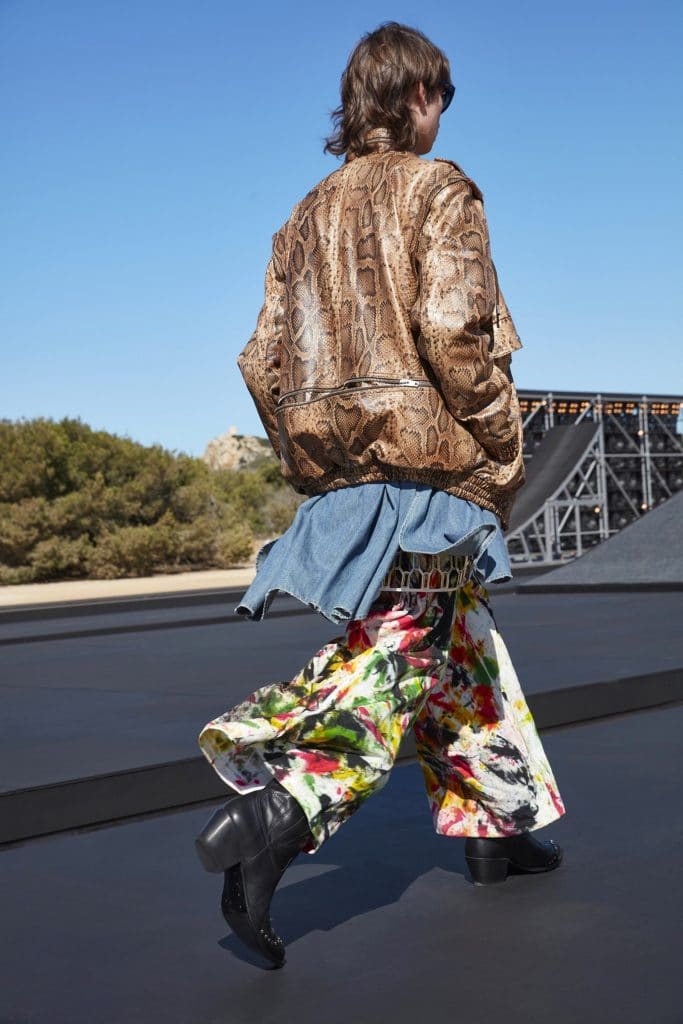 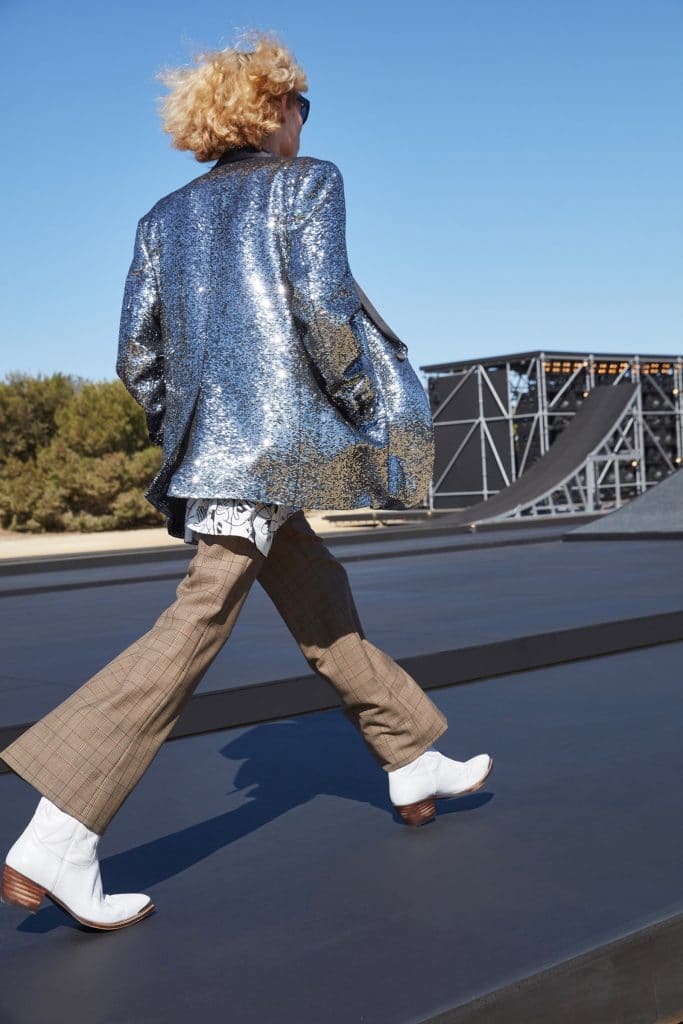 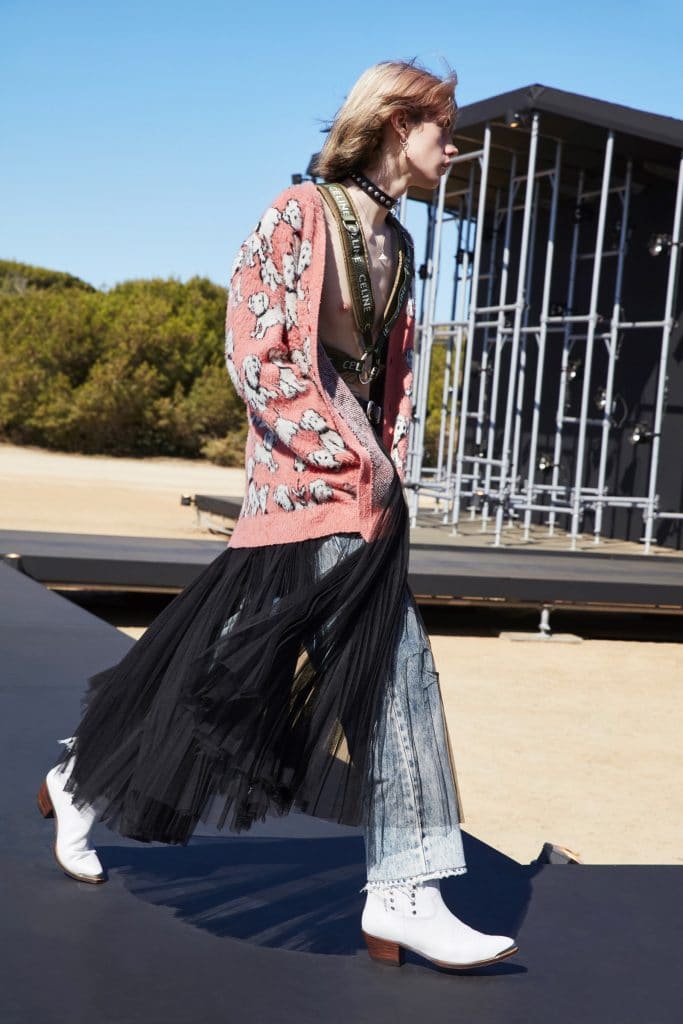 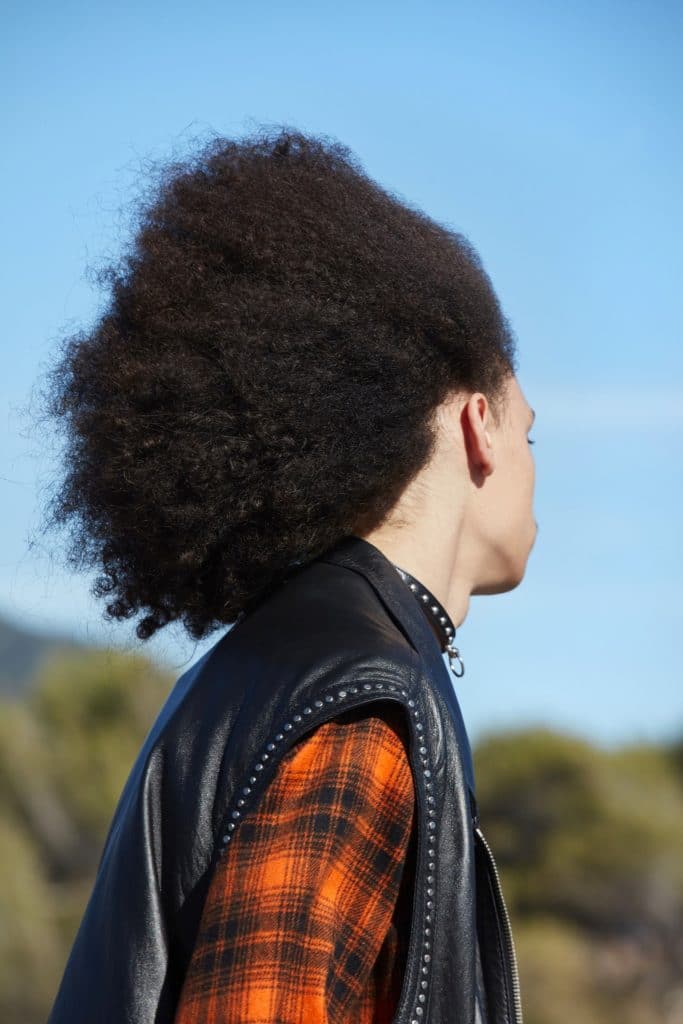 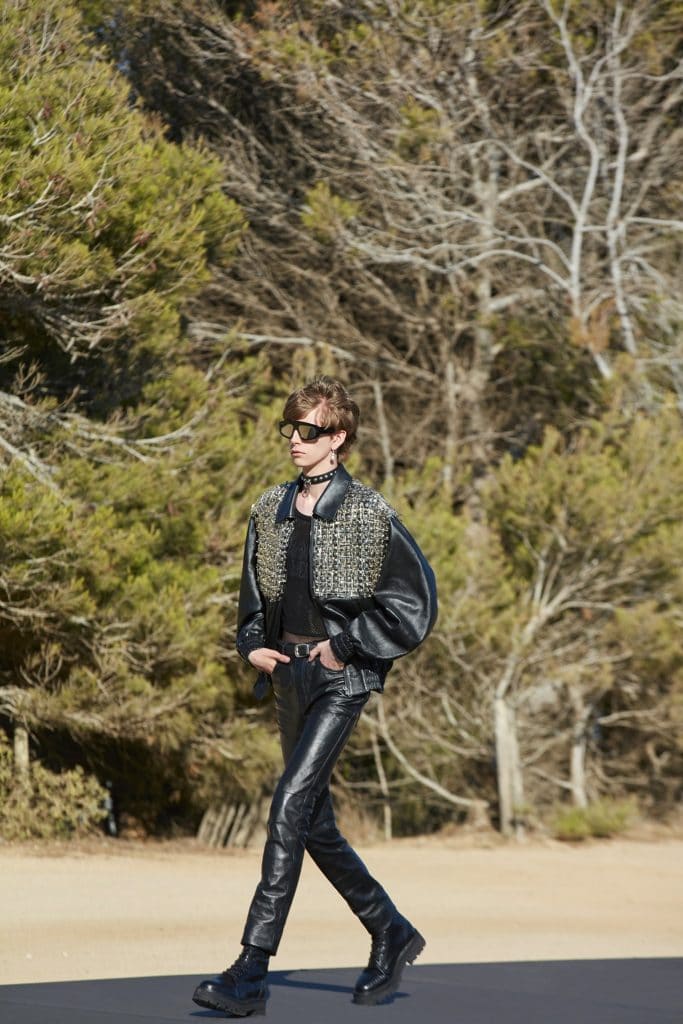 During his directorship at Dior Homme, Yves Saint Laurent and later at Celine, Slimane was in charge of fitting jeans down to the smallest detail. While in recent years he has been experimenting with baggier designs, this season he surprises with XXL bell-bottom jeans, biker jackets and loose-fitting knitwear. As accessories, the designer opts for dog collars and reflective glasses.

From leather waistcoats to furry cardigans and bright zebra print blazers, the collection is full of unique pieces. What didn’t go unnoticed were the 2000s-era baggy jeans that are so on-trend right now. Just look at the designs of Marc Jacobs, Jonathan Anderson, Virgil Abloh and Riccardo Tisci who also flirted with rave culture for SS22.

The Cosmic Cruiser collection tries to capture the attention of the new generations. The show is an ode to neo-rave to celebrate the euphoria created by the departure from confinement. Filmed on a race track, we enjoy a performance of FMX, i.e. freestyle motocross. An act that could be a metaphor for the transience and speed at which the world is going and from which we cannot (or cannot) escape.

Josué Thomas announces the closure of GALLERY DEPT
The new COMME des GARÇONS PLAY x Converse Chuck 70s
On RiRi’s latest album: “It will be completely different”
Your iPhone will be able to detect if you have depression or anxiety
We present the programme of 080 Barcelona Fashion
Hacker arrested for unlocking 1.9 million phones
Dr. Martens launches XXL sole silhouettes for FW21
Camper arrives with a unique concept: the restaurant “Café Camaleon”
JW Anderson SS22 is presented in the form of a calendar
Khloé Kardashian hosts Candy Crush All Stars tournament
Here’s how the full moon affects your zodiac sign
IKEA announces collaboration with Swedish House Mafia