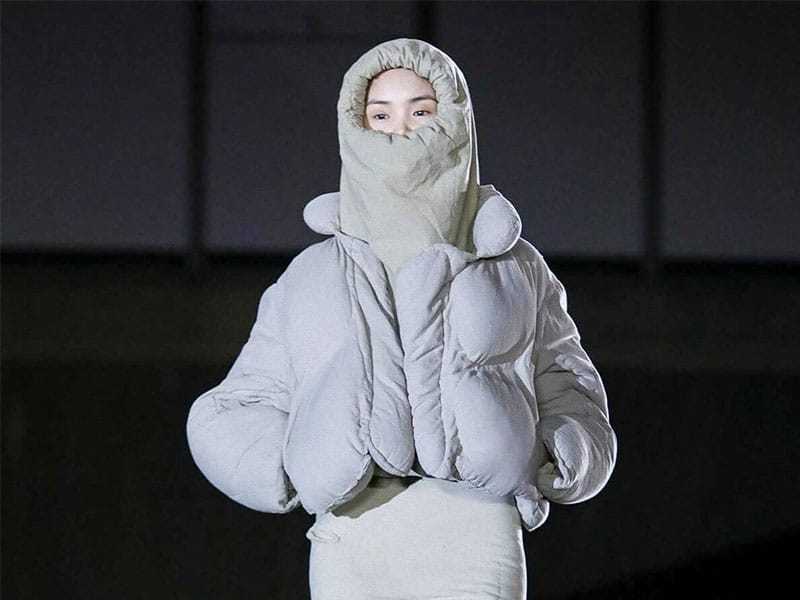 It’s been too long since Ye held a fashion show and, certainly, we missed it. After a long time already celebrating his Sunday Service anywhere, Paris wasn’t an exception and served as a prelude to the Yeezy Season 8 presentation. Epic as usual. 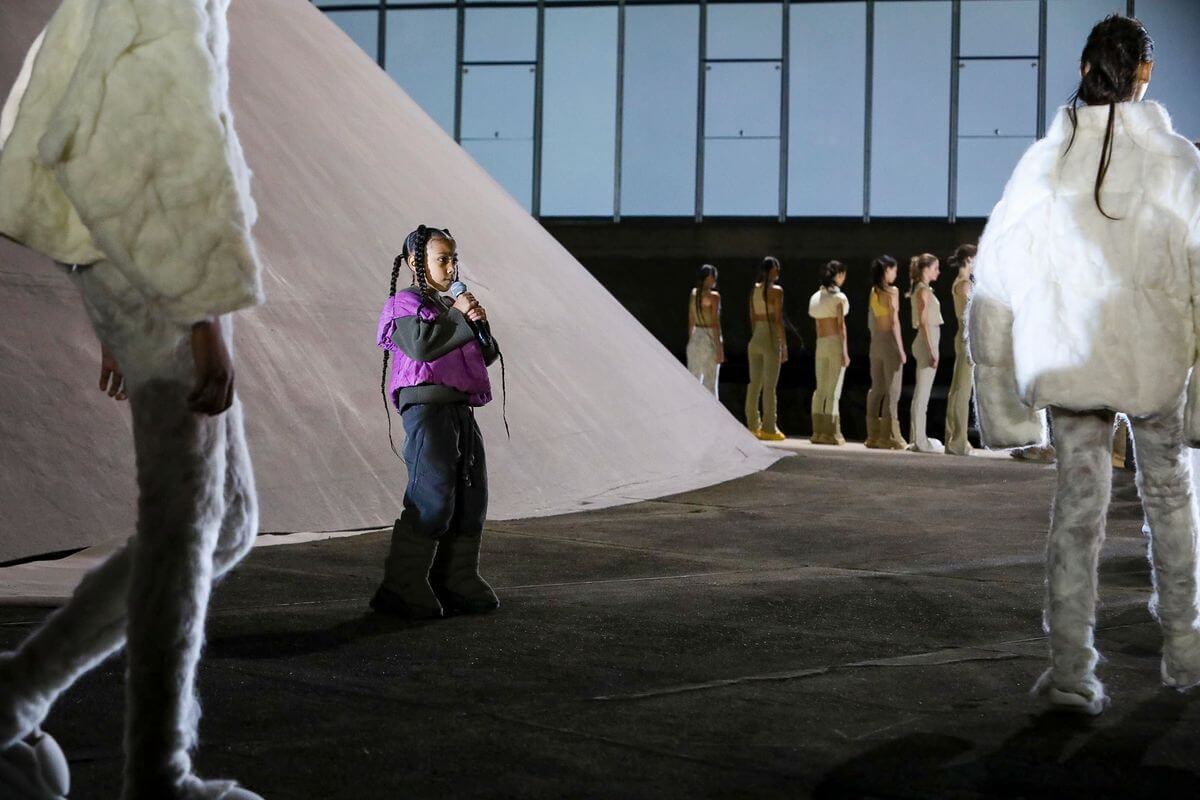 After spotting Kanye attending to PFW this month, everyone was speculating with the reasons of his presence being merely for fun or maybe something else. Since his breakdown West disappeared of the public eye and avoided this kind of events where he used to be a regular.

After texting to a few lucky ones like Simon Jacquemus, Haider Ackerman, APC’s Jean Titou or Balenciaga’s CEO Cédric Charbit among others to attend to a Sunday Service, where everyone danced, sang and got emotional, another message was sent to some selected international editors, buyers and friends of KimYe’s family stating: “The West Family would like to invite you to an intimate presentation of YEEZY Season 8. Here is a little piece from our home in Cody, Wyoming.” His new roots for the world. 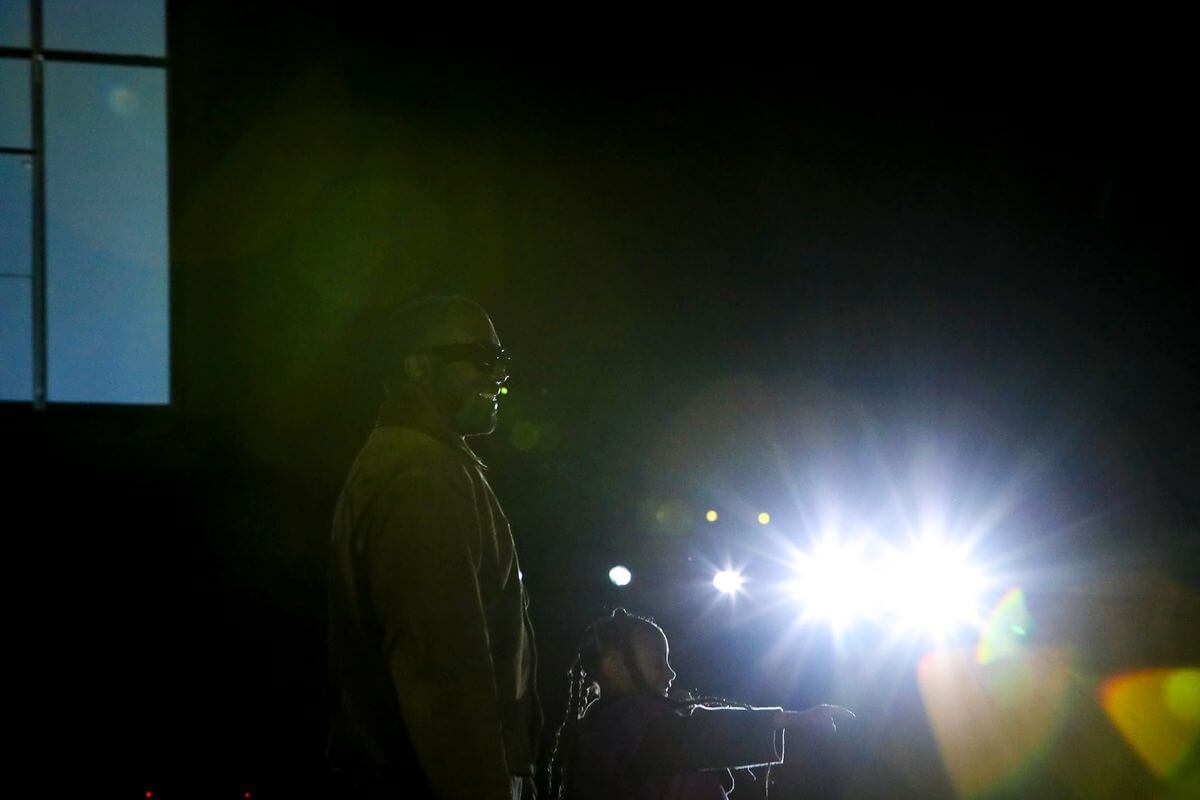 The collection brings a complex aesthetic somewhere between the looks of the Pleistocene and a post-apocalyptic scenario. As we’ve seen before, Kanye goes all in neutral hues and dispenses the use of graphics in all the pieces but one, a guardian angel printed on a sand tank top. In the futuristic Espace Niemeyer, home to the French Communist Party, 18 models walked Yeezy Season 8’s designs, enriching the venue designed by renowned architect Oscar Niemeyer. A continuos claxon sound invaded the place, provoking some discomfort between the attendants.

Some offerings shown in Kanye’s latest presentation were made from the wool of the rapper’s sheep in his Cody ranch. “90% of this collection is muslin in its original fabric. We’ve been looking at how we can create a suede effect or how we can dye it. This is all experimental. Each one of the pieces here is in its infant stage. They’re all new inventions and new approaches to apparel. Now I’m looking at them and thinking, where I can take them with their colors and forms.” the Chicago designer said. 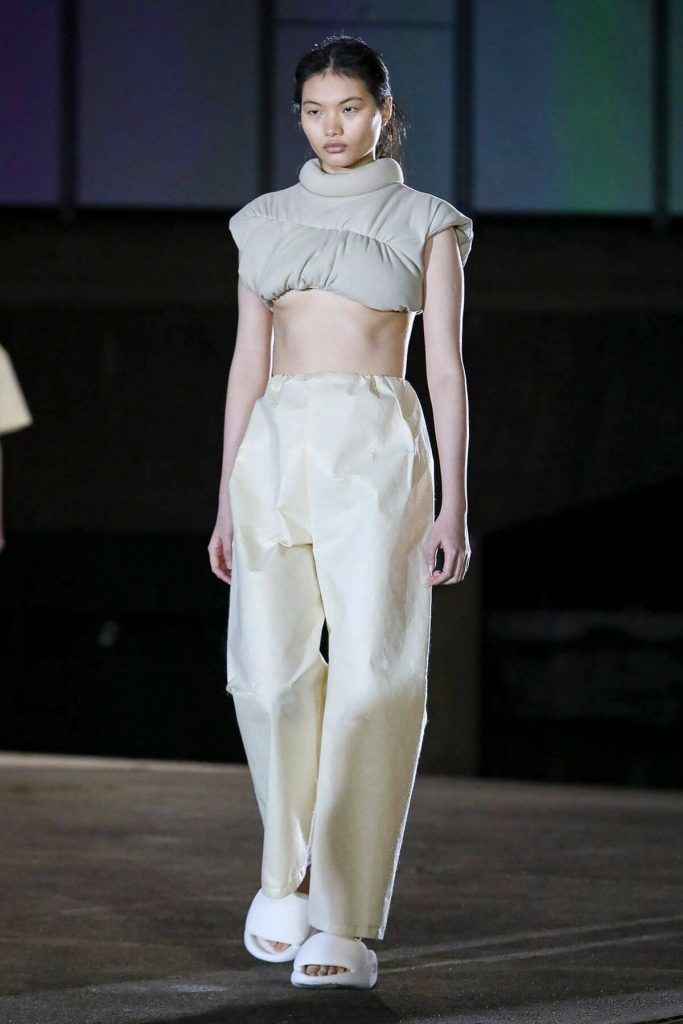 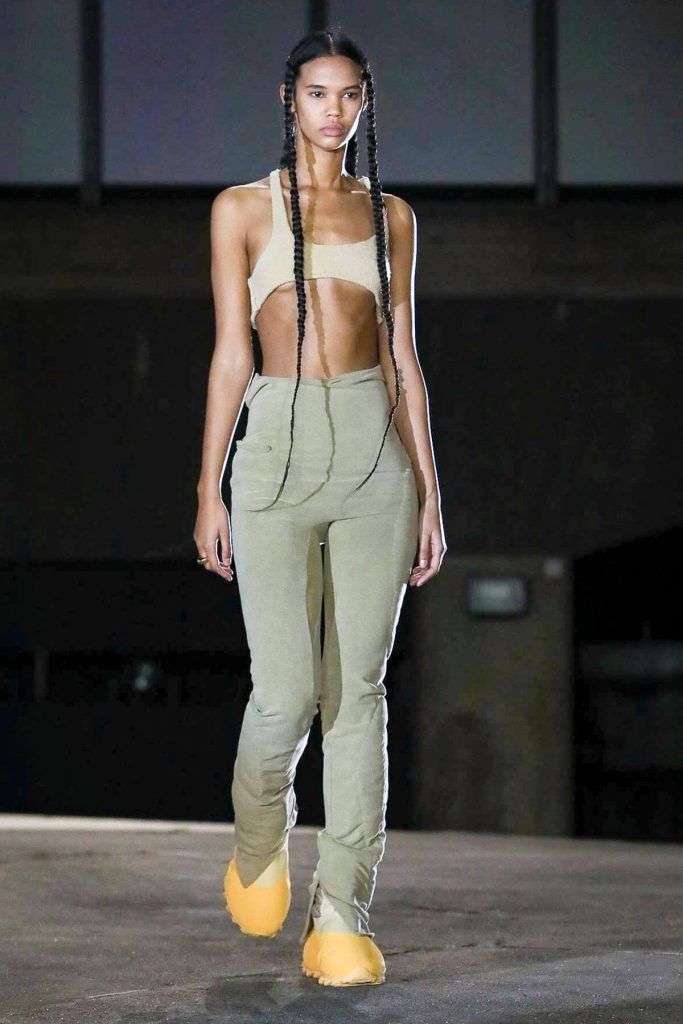 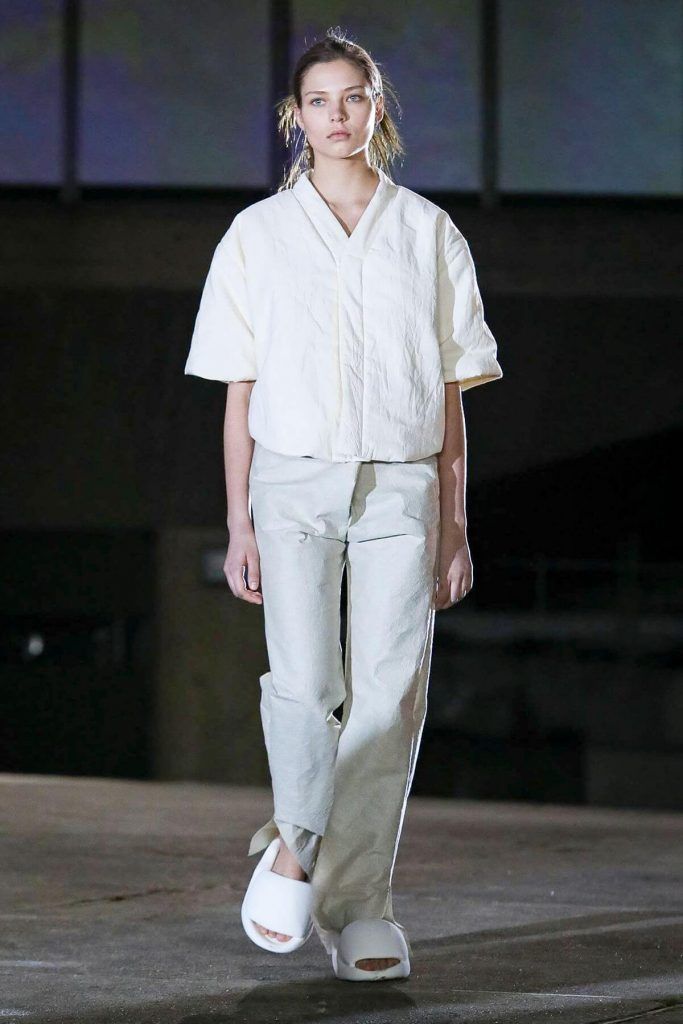 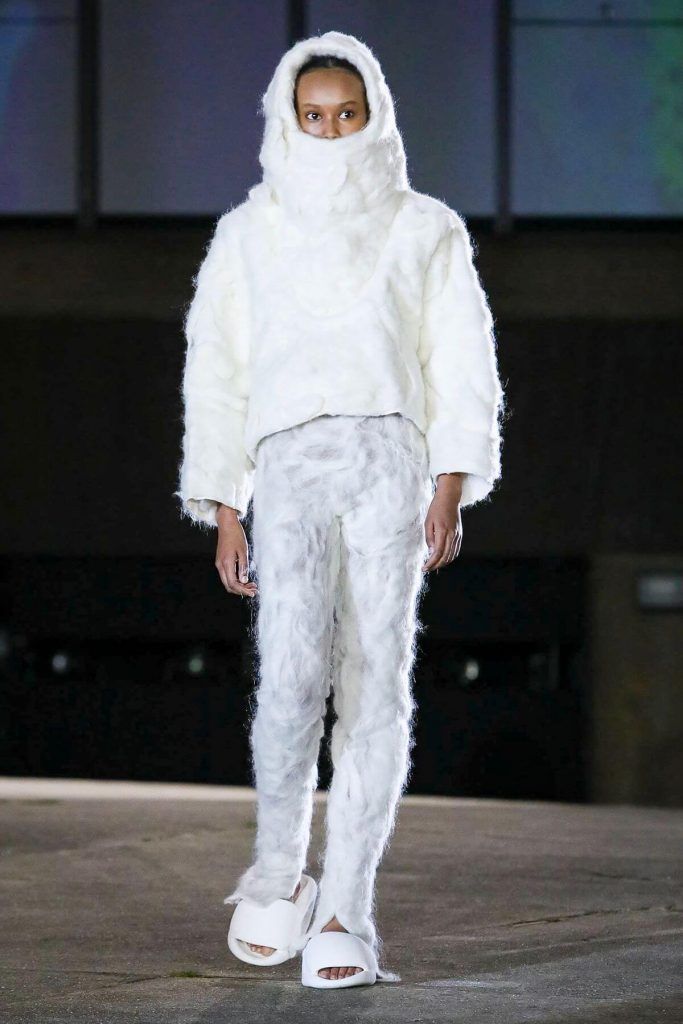 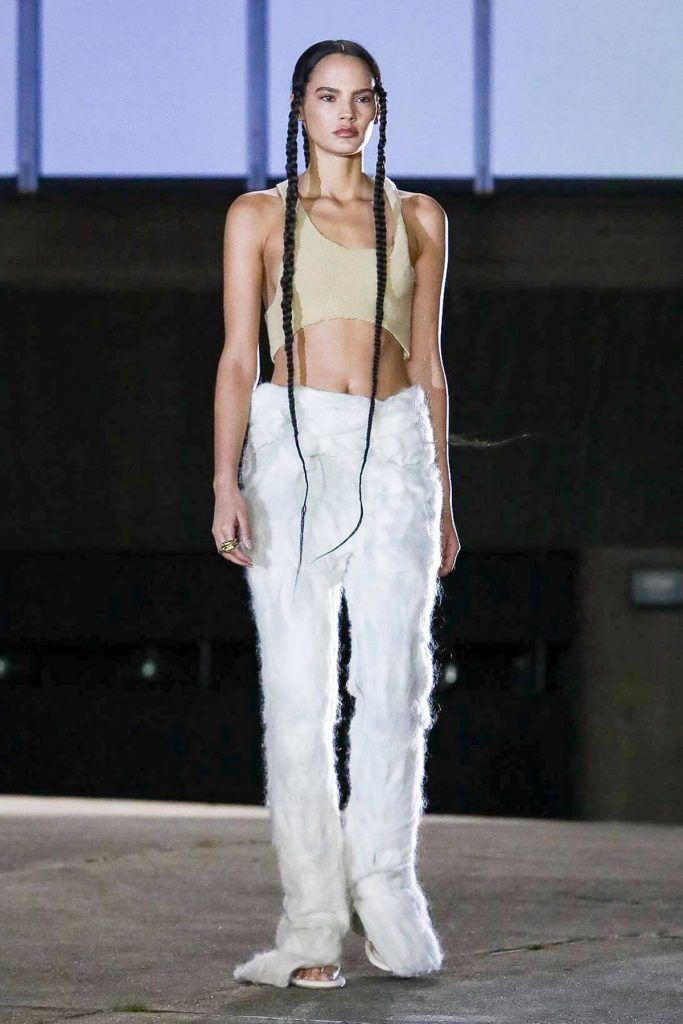 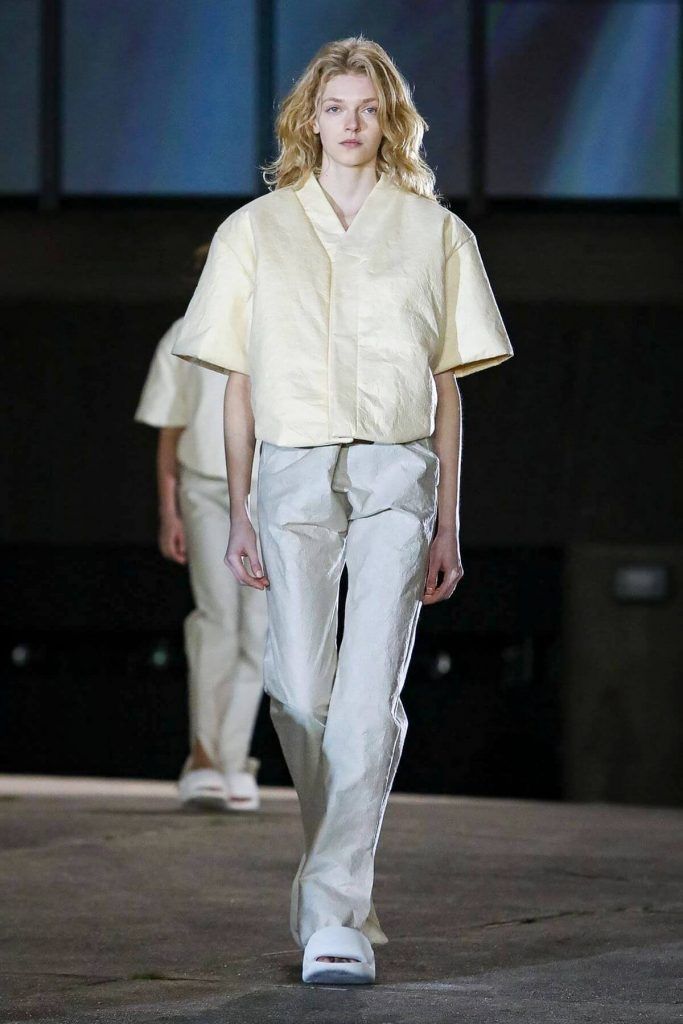 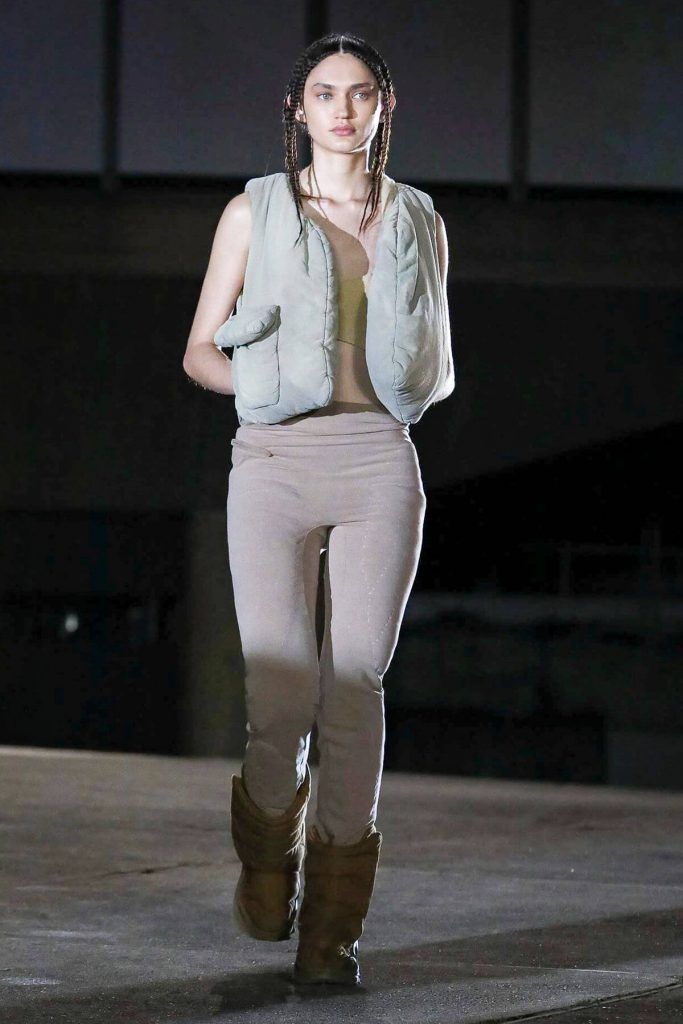 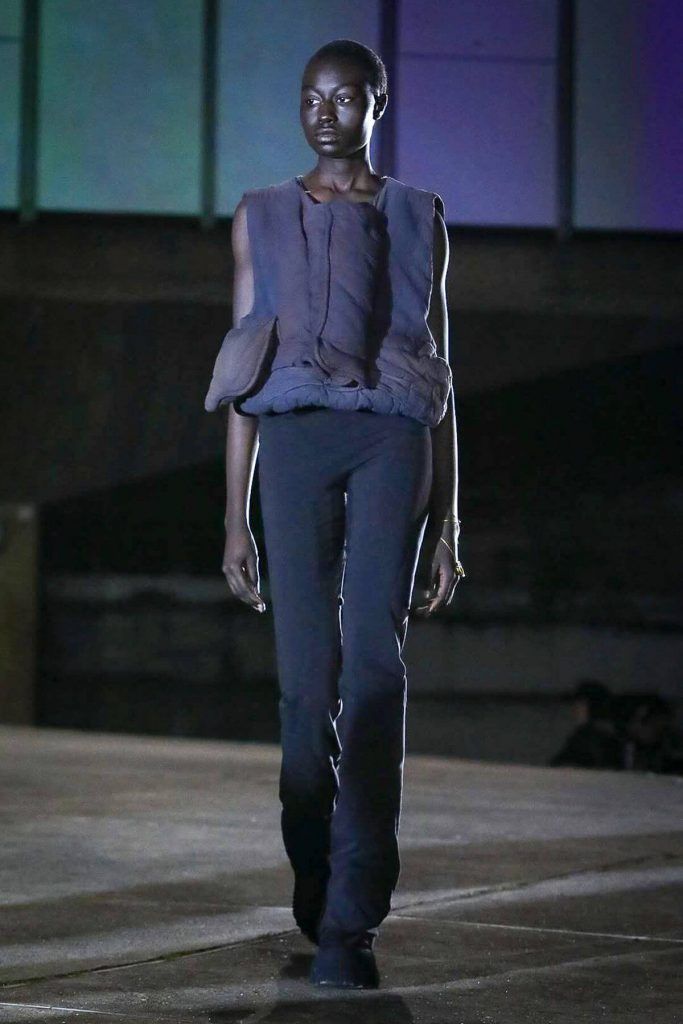 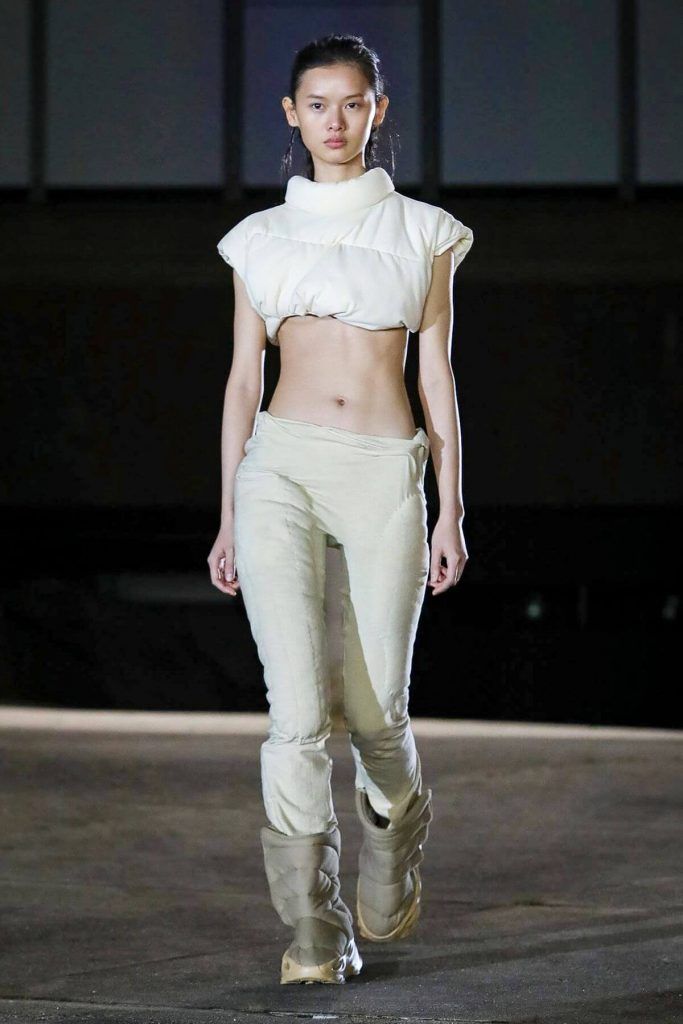 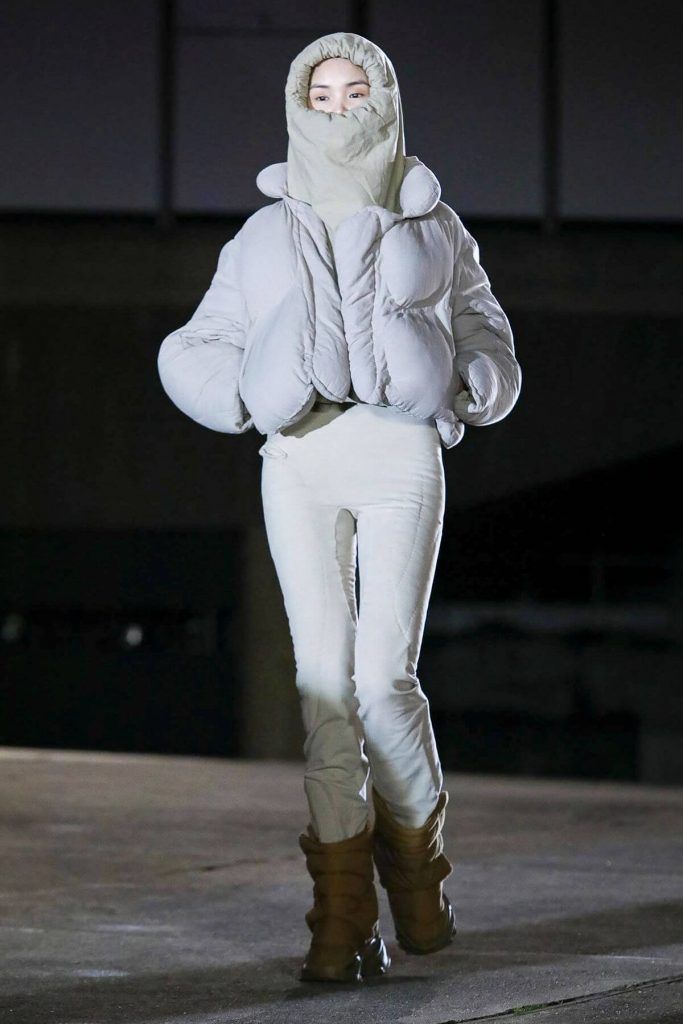 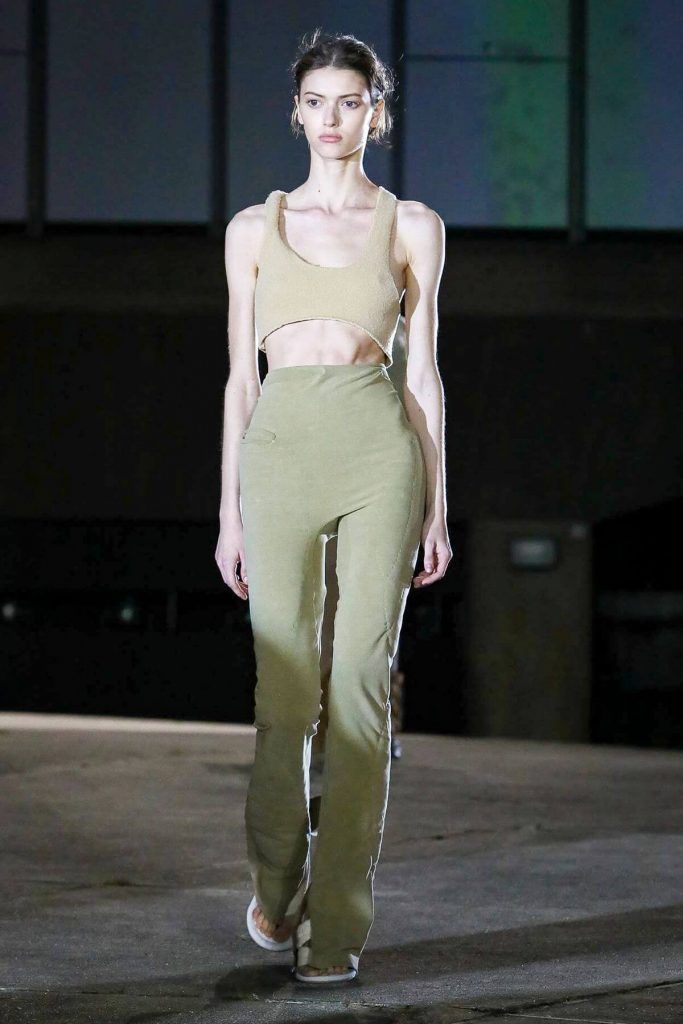 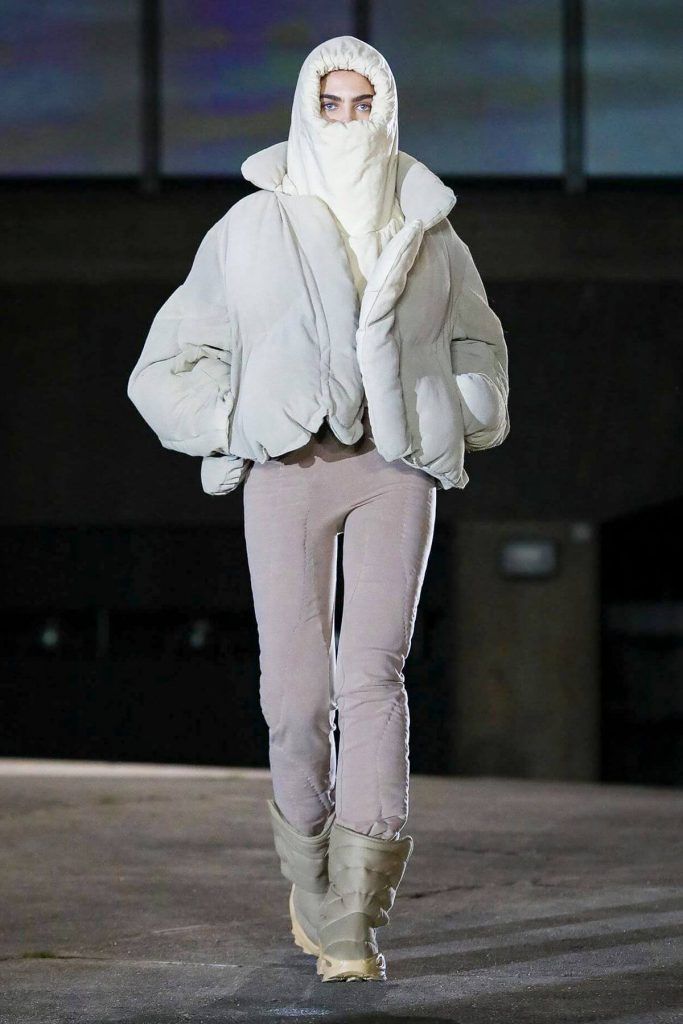 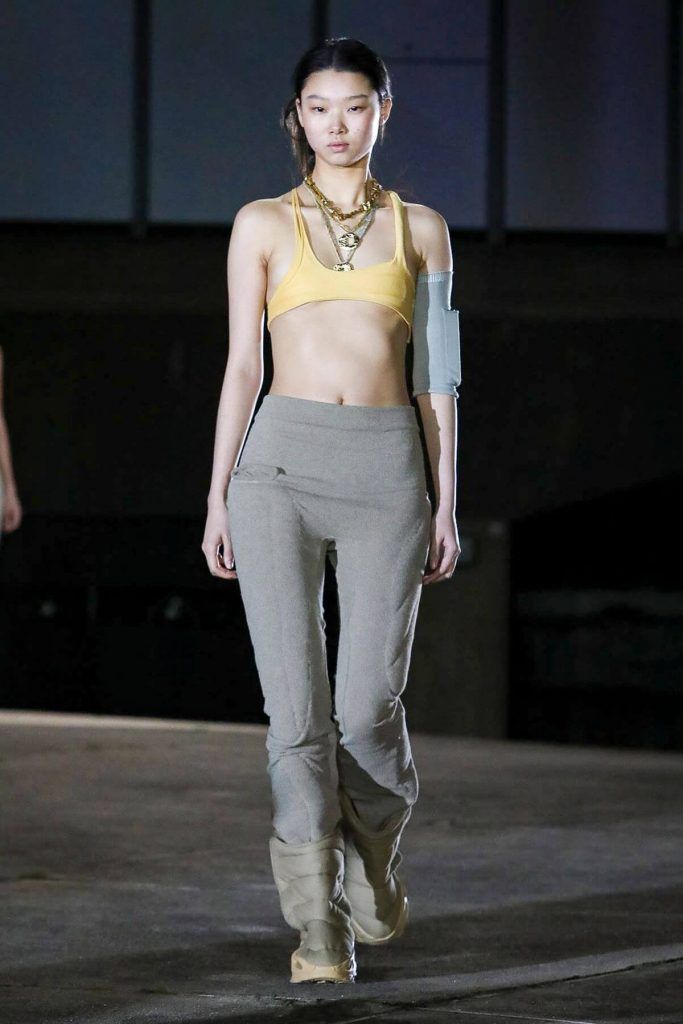 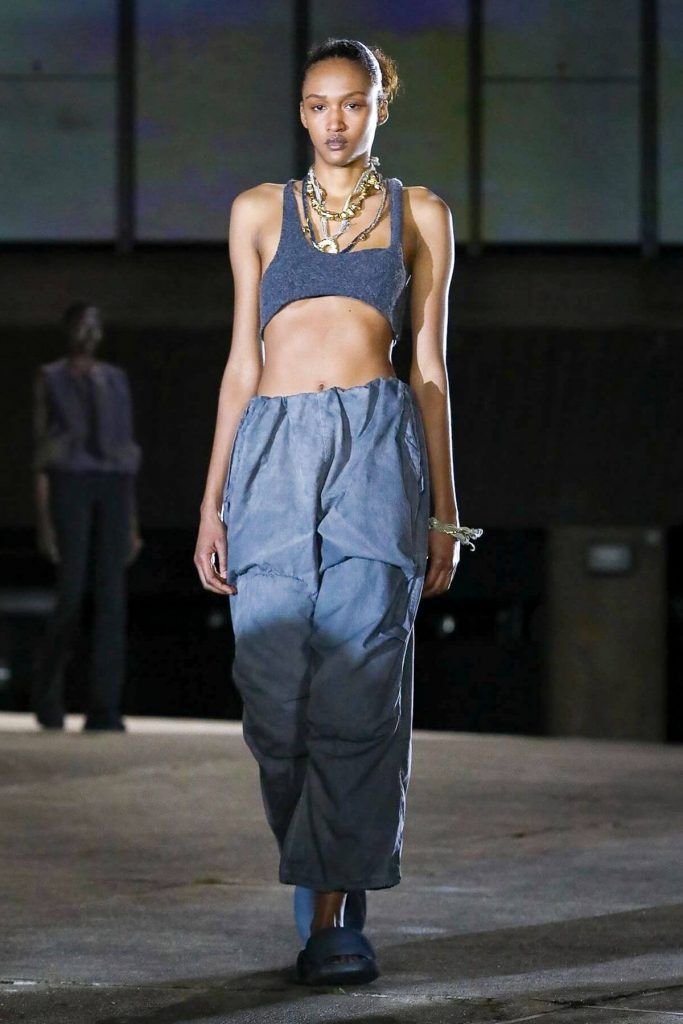 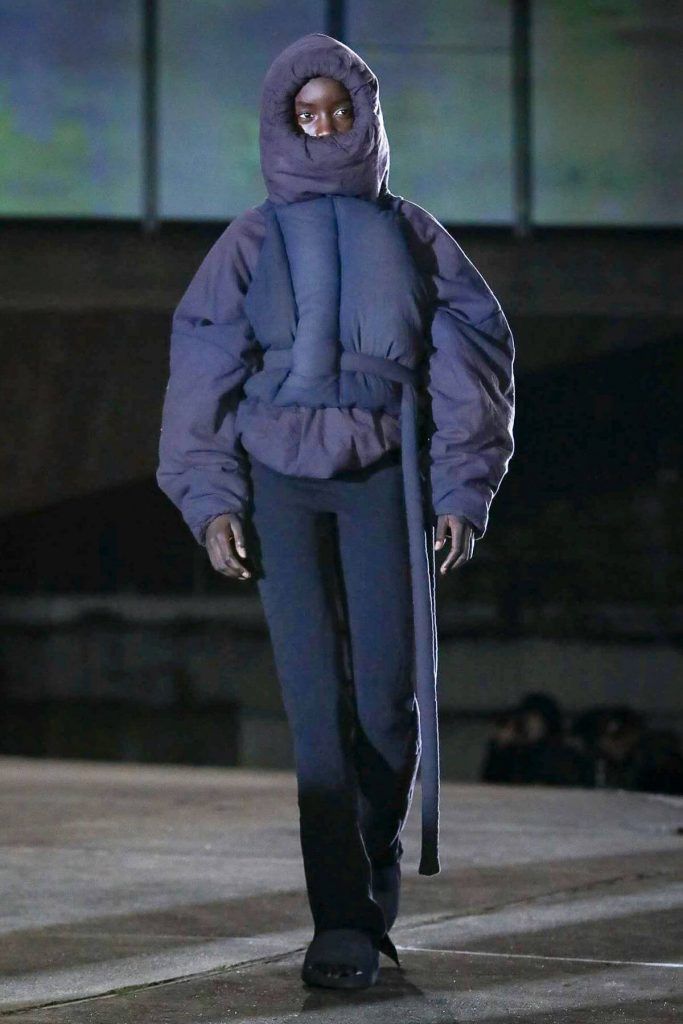 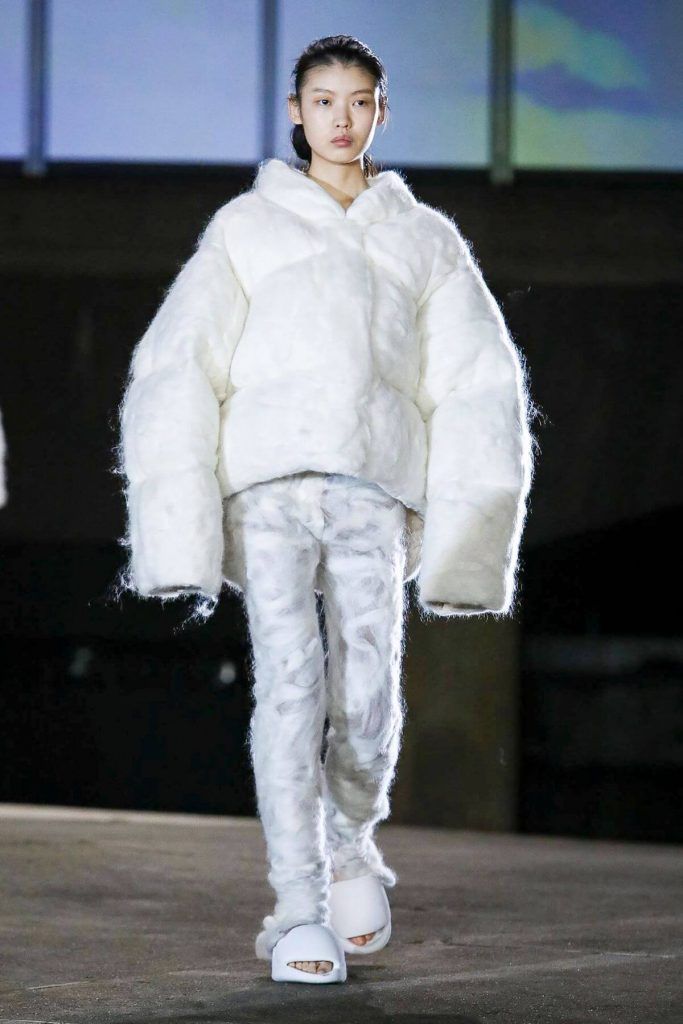 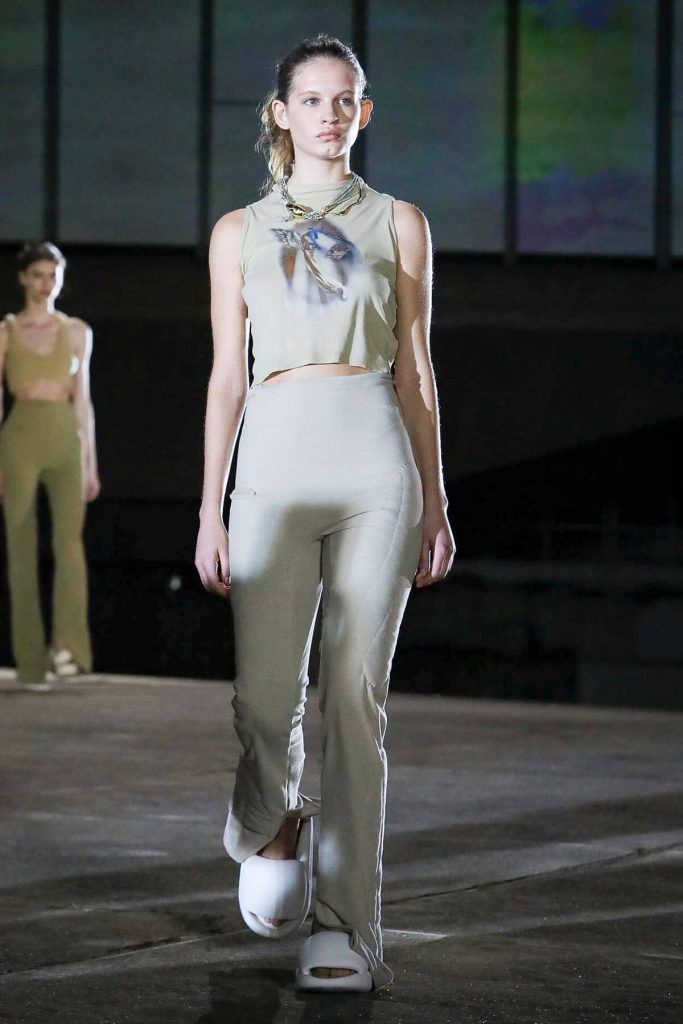 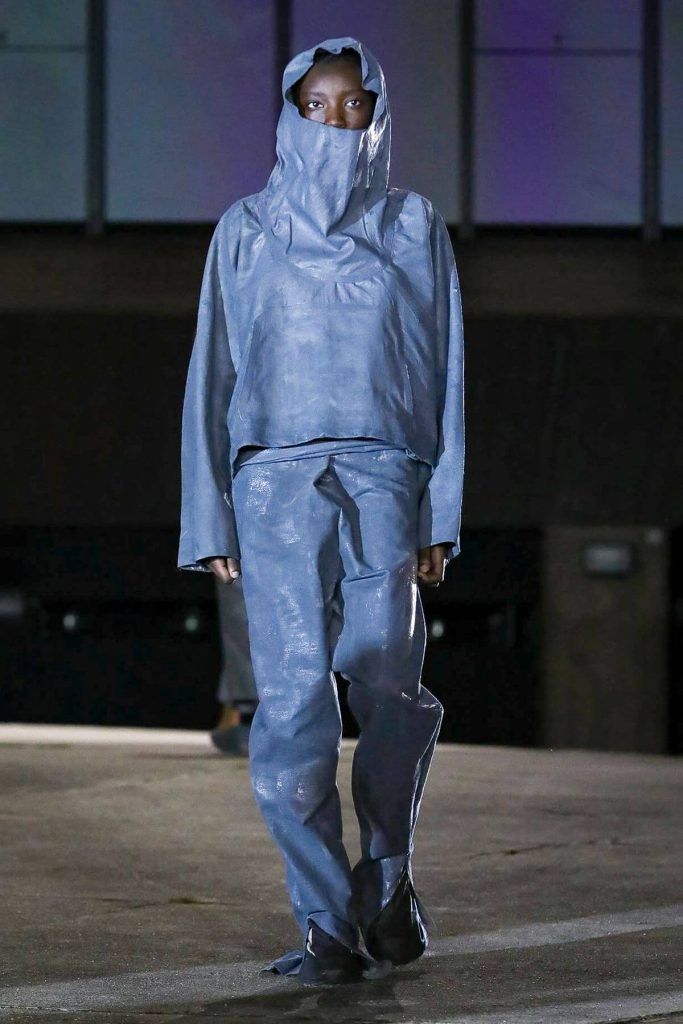 It’s pretty obvious that the new Kanye is all about being grateful to God and to Mother Earth. He’s deeply concerned about sustainability and the future world he wants his kids to live in. And precisely his oldest one closed the show. When the last model walked the runway, North “Nori” West jumped on the stage and started singing her rendition of five-year-old singer ZaZa’s hit “What I Do”. She’s so her dad…