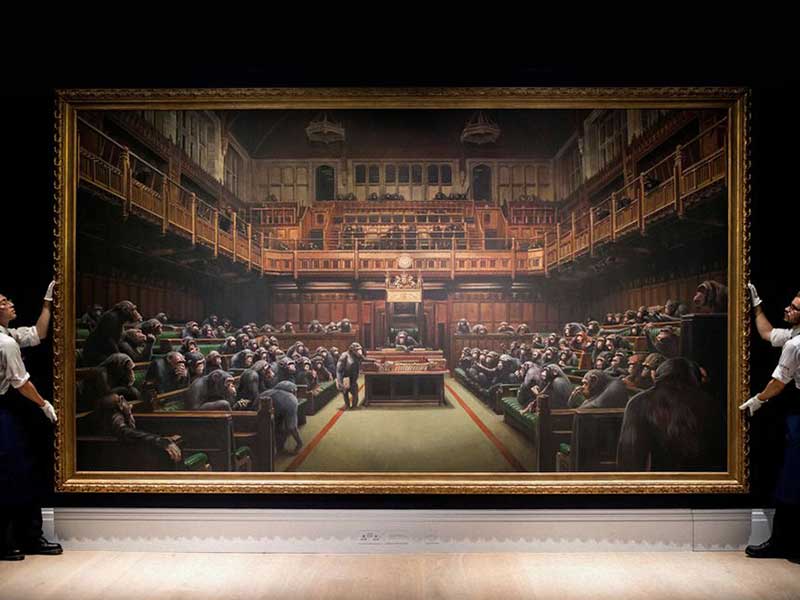 An oil painting by the artist Banksy showing the British House of Commons full of chimpanzees was sold in London for 9.8 million pounds (11 million euros). 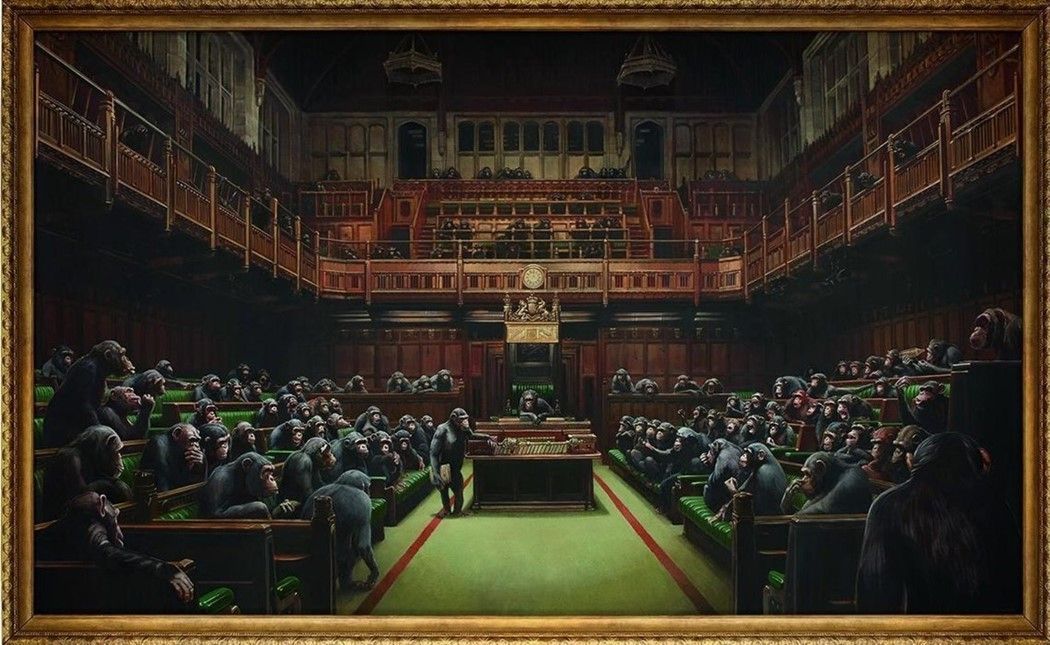 According to Sotheby’s catalogue, Banksy’s work with chimpanzees in Parliament “offers a premonitory glimpse of the increasingly tumultuous politics in the contemporary UK.”

The 4 metre wide work entitled Devolved Parliament was painted by the artist from Bristol in 2009. The painting was expected to sell for between $1.85 million and $2.47 million, but the painting nearly quintupled the estimated value at Sotheby’s auction house in London. 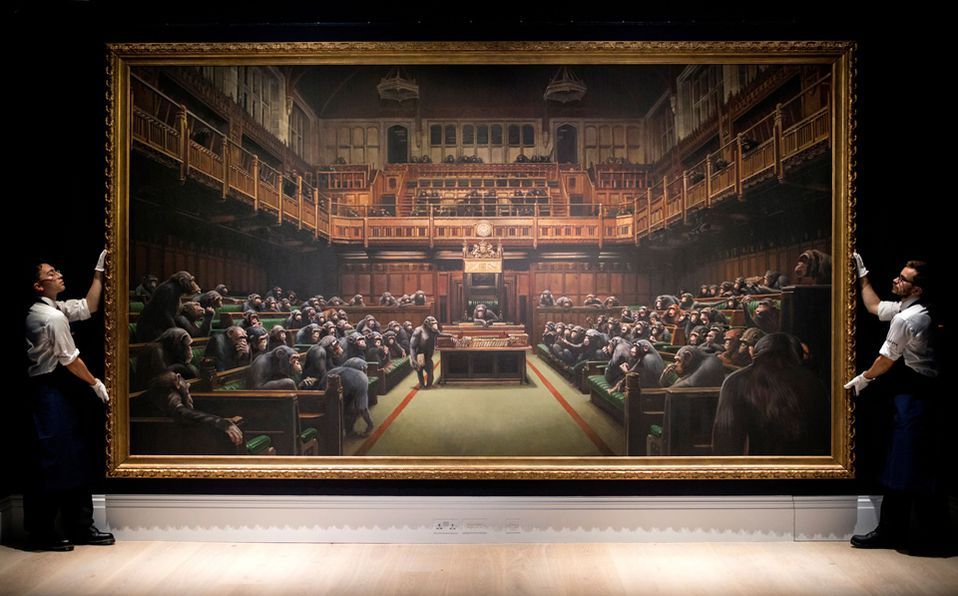 The auction lasted 13 minutes, and was a pulse among 10 different bidders, Sotheby’s noted.

In his social networks the artist published a photo of the work with the following caption:

I did this ten years ago.
The Bristol Museum has put it back on display to mark Brexit’s day.
“Laugh now, but one day no one will be in charge.”

“BANKSY. The Street is a Canvas” settles in Madrid
Banksy’s latest: an eldery woman who sneezes her teeth
Glam and Medicom Toy presents figures inspired by Bansky
Paris Hilton launches new single tomorrow: I Blame you
Banksy risks losing the rights to his work because he is anonymous
Is Former Art Attack’s host the real Banksy?
Bansky raises funds for a children’s hospital
Banksy’s work removed from a London train
Banksy reappears to support #BlackLivesMatter
Banksy illustrates a common feeling in his new work