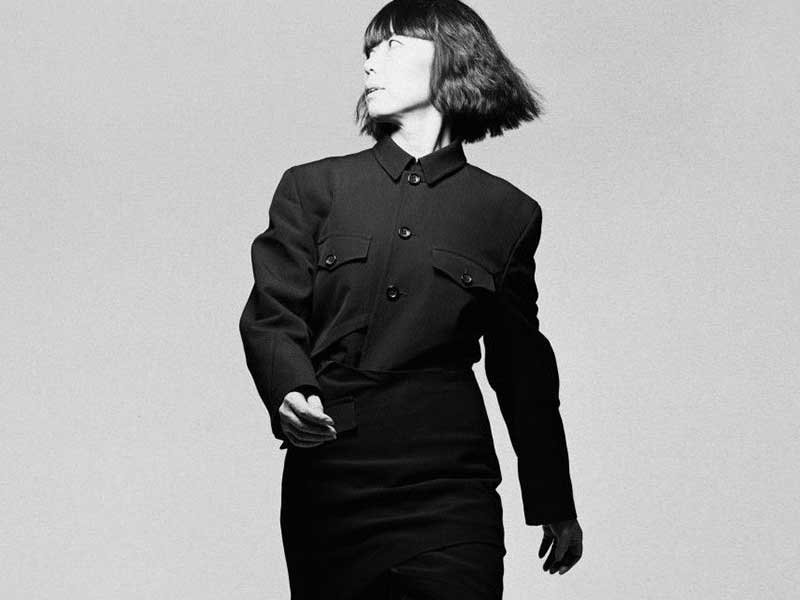 In the 1970s, Rei Kawakubo began writing a kind of anti-fashion bible that we have professed to this day. That book will probably guide the fashion system for many more years, just because its transgressive ethos already seems to be part of eternity. We navigate through the factors that made the Japanese designer a legend in fashion. 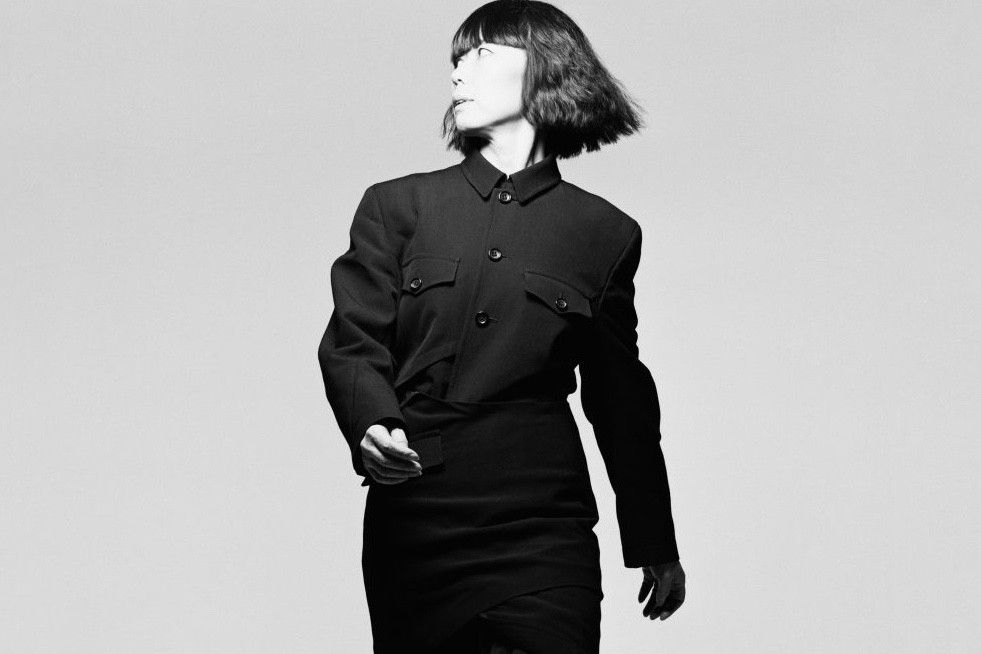 Going against the system and the status-quo of fashion led Rei Kawakubo to be the great ‘misunderstood’ by an industry without oxygen, limited to four walls. Critics never understood the creative who would later become the founder of the renowned brand Comme Des Garçons, as well as one of the world’s most exciting multi-brand retailers, known as Dover Street Market.

But beyond the design, the important thing was the ideas woven behind the garments. If Coco Chanel freed women from the corset, Kawakubo took a blindfold off society, showing a reality in which conventional beauty standards were diluted from the garments. Thus, it marked the beginning of the anti-fashion era.

It is amazing how this source of inspiration for all designers and fashion enthusiasts did not really study fashion design, but graduated in art and literature from Cairo University in 1964. Kawakubo was totally self-taught. 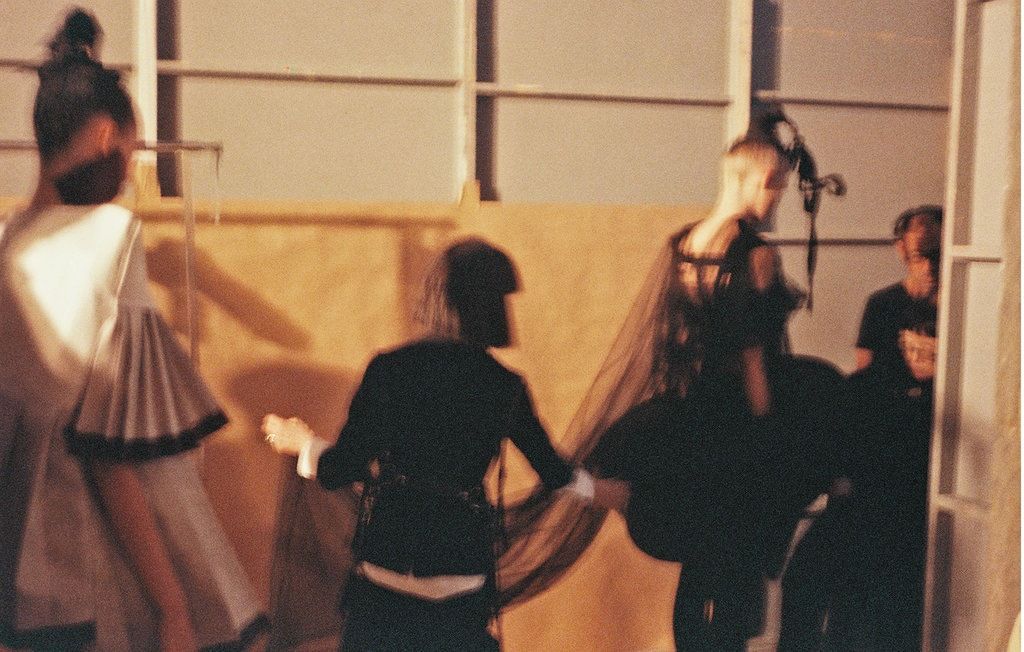 Without a previous and consistent training in the sector, Rei Kawakubo started her journey in fashion as a stylist, seeing how in that creative frame she could not find the clothes she was looking for. So, she started to design her own pieces in a handmade way; some of them would have the name Comme des Garçons inscribed on the label in 1969.

In 1975 Kawakubo decided to open its first boutique in Japan, first through a womenswear proposal, and then to extend it to the menswear field. At that time, everyone was already talking about their creations. Rei Kawakubo was already beginning to alter fashion and its foundations.

THE BLACK CROWS THAT SHOOK UP THE SYSTEM

In the 80s, Rei already had several stores in Japan, where he exhibited pieces bathed in tones ranging from white to gray and black. She started with a very dark color palette, like funeral clothes. So society began calling the designer a ‘crow’, pigeonholed into a kind of ‘crow gang’, which included icons Issey Miyake and Yohji Yamamoto. They would revolutionize fashion and beauty forever through dark, oversized, asymmetrical clothing.

The ‘crow’ movement was the reason why black people massively dyed the catwalk and streetstyle around the world. Fans known as ‘the crows’ or karasu-zoku (tribe of the crows) wore that avant-garde fashion of haute couture, rejecting the clichés and glamorous look of the 80s to dye their looks black. They refused to be part of the standards, to wear those androgynous and asymmetric silhouettes signed by designers like Miyake, Kawakubo or Yamamoto, with whom Rei had a love affair at the end of the 70s. 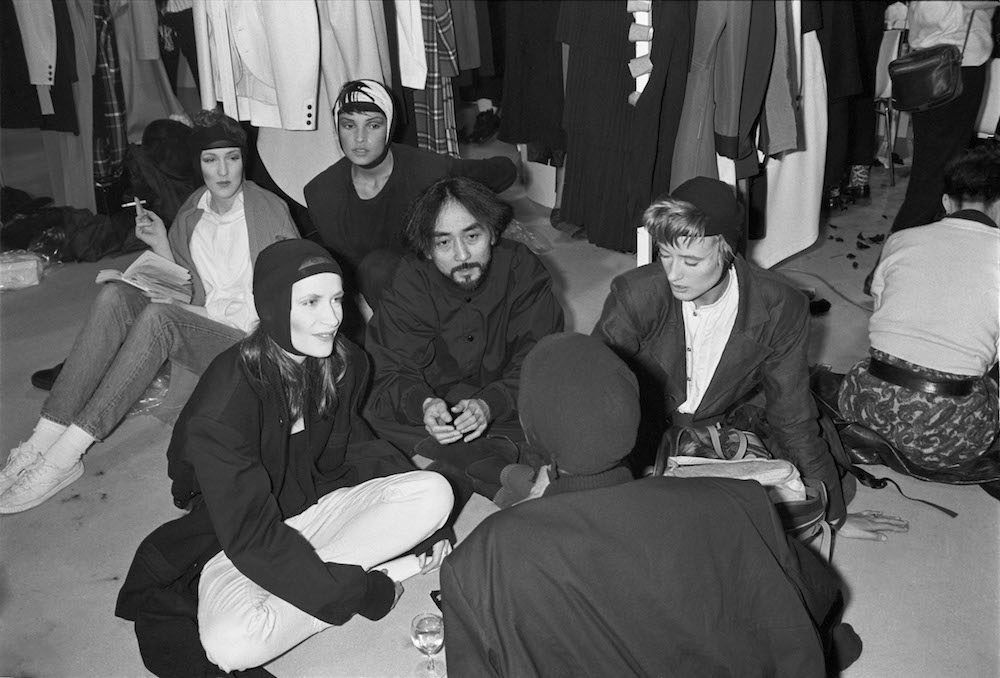 Beyond the crow, Rei Kawakubo was beginning to be a focus of inspiration for her draped silhouettes and unfinished pieces. Deconstruction, which is a very recurrent technique today, was beginning to become part of fashion thanks to the Japanese designer, who was strongly criticized at the time for her debut presentation for Paris Fashion Week (1982). That capsule called ‘Destroy’ presented perforated looks and draped silhouettes that no longer delineated the woman’s body, but let it flow freely.

CDG’s advertising campaigns became a key element in communicating that anti-system aura in which the dividing line between fashion and art disappears. Comme des Garçons 1988 was a great example of this; of reflecting that anti-hedonist world that has a lot to say to the system.

Kawakubo’s political humour is also present in many of its collaborations, such as the one with Louis Vuitton, reinterpreting a traditional Kawakubo bag through enormous holes: one of the most representative codes of the Japanese company.

But let’s focus on his shows. In each one of them, we see how she transfers this anti-establishment attitude, as she did in Fall-Winter 1992: a proposal that included unfinished pieces that showed the body of a woman who was attacking a conservative society.

Another of Kawakubo’s iconic parades was CDG spring-summer 1997. Entitled ‘Body meets dress, dress meets body’, it became one of the brand’s most representative collections because it introduced one of the codes that would define its heritage. Those strange silhouettes and lumps made the critics name the capsule ‘Lumps and Bumps‘. Thus, these characteristic lumps can be seen in other pieces such as the iteration of Air Force 1 signed by Kawakubo.

Similarly, it is worth remembering the SS2004 campaign, a show in which the models went barefoot, half naked, and where the skirts and sculptural hats became the only textile elements of the composition. Like Margiela, Rei Kawakubo has always remained anonymous in the show, letting the clothes speak for themselves. There are no big storytellings to accompany the proposals. The Japanese designer usually leaves a status on each show, so that we can freely interpret the collection.

In spring-summer 2004, industry insiders were once again eating their heads off for deciphering Rei Kawakubo’s anti-fashion. They were also mesmerized by the concept of the sculpture shop that Kawakubo established that same year. The doors of the Dover Street Market universe were opening for the first time on the streets of London. 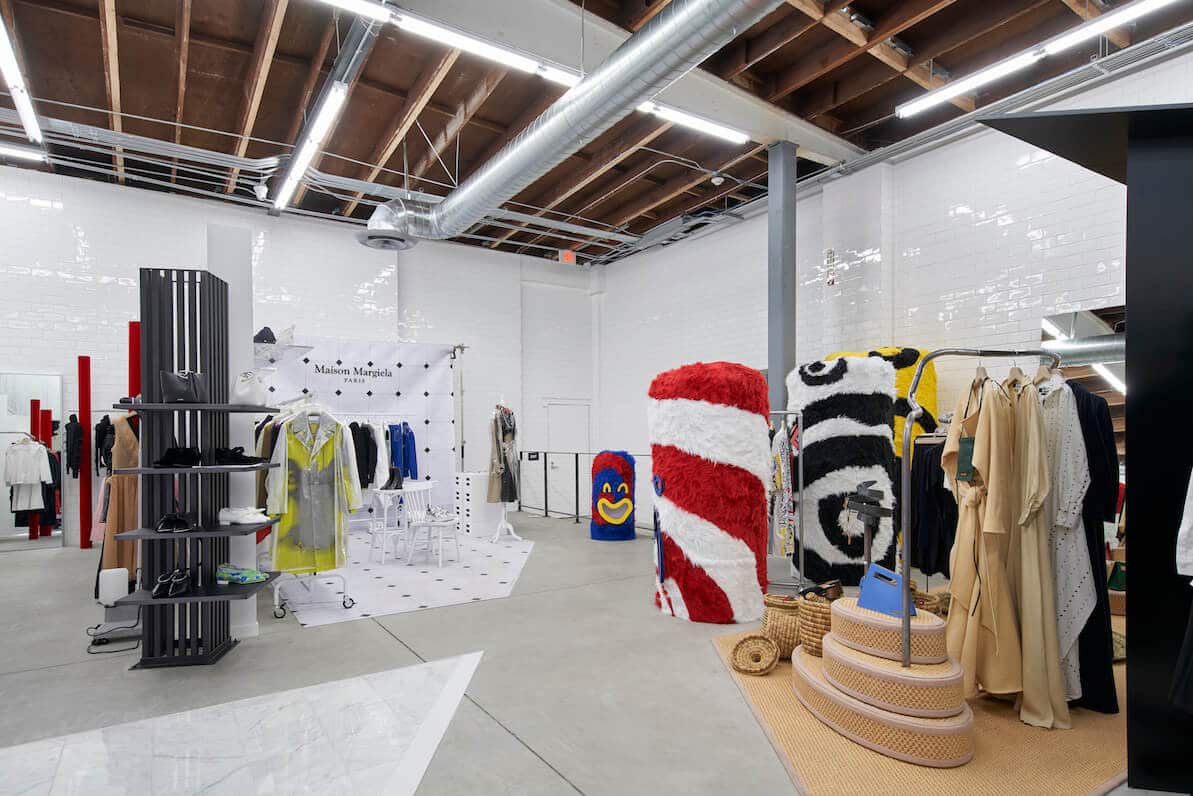 If we move to the spring-summer 2012 collection, entitled ‘White Drama’, we can say that it spoke of the course of life: from birth or marriage, to death or transcendence. The monochromatic pieces (in white) were once again pigeonholed outside the comfort zone. Kawakubo once again worked its magic through a journey of conceptual wedding dresses with an infinite number of embroideries, flowers and appliqués.

In the last pre-Covid episode, Comme des Garçons spring-summer 2020, R.K. once again demonstrated his position in the framework of ‘renegades of fashion’ through a remake of the costumes of the Elizabethan Renaissance. This became a complete collection full of reupholstered brocades and over-exaggerated forms from the 17th century. This imagery manifested very Kawakubo punk codes such as the giant holes in the knees of bermuda shorts, as well as sleeveless jackets that redefined a disheveled look for the gentry.

The Comme des Garçons universe includes a wide range of sub-brands from ‘SHIRT’, Homme, Tricot, Ganryu, Wallet or Parfums, to the iconic line of Junya Watanabe: the first designer to work freely within the Kawakubo empire.

Watanabe ended up launching his own sub-brand menswear in the CDG universe, elevating high-fashion under a mostly workwear perspective. Kawakubo became an essential figure in Watanabe’s career. A mentor to the designer who followed his own ‘editorial’ line in fashion: let the clothes say everything he had to say.

Another of the most renowned brands in the Kawakubo imagination is ‘PLAY Comme des Garçons’, launched in 2002 under the direction of her husband Adrian Joffe, CEO of CDG and Dover Street Market. He is in charge of guiding the most commercial and affordable sub-label of Comme des Garçons. In it, the logo of Filip Pagowski’s heart runs through an infinite number of basic T-shirts, perfumes and minimal polo shirts, as well as the Converse line that has forever elevated the hype of the American house.

In 2009, Comme des Garçons considered it necessary to do something in response to the general negativity generated by the global crisis of 2008, through injecting more affordable pieces in the world of luxury fashion. Thus ‘Black Comme des Garçons’ became a key CDG* sub-signature both for the fashion industry and for the launch of exquisite collaborations with Nike. 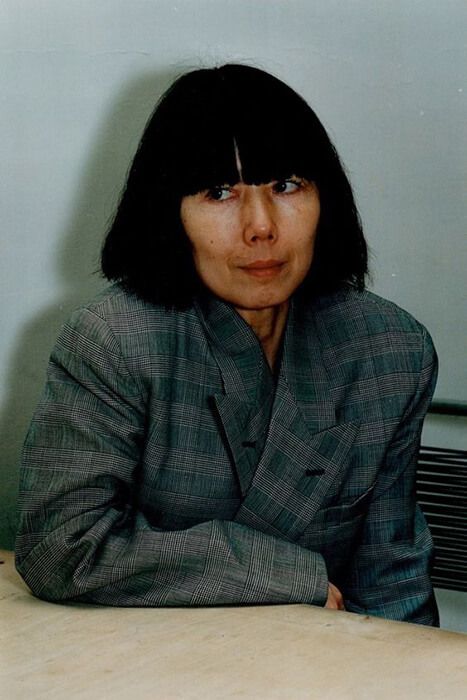 For all those episodes, and many more, Rei Kawakubo has positioned herself as one of the best designers in history, influencing all movements and currents in fashion. Her ultra avant-garde heritage sprinkled with political and socio-cultural nuances not only anticipated the fashion of the time, but also projected the ideas of the future of the industry. Rei Kawakubo undoubtedly changed fashion forever.