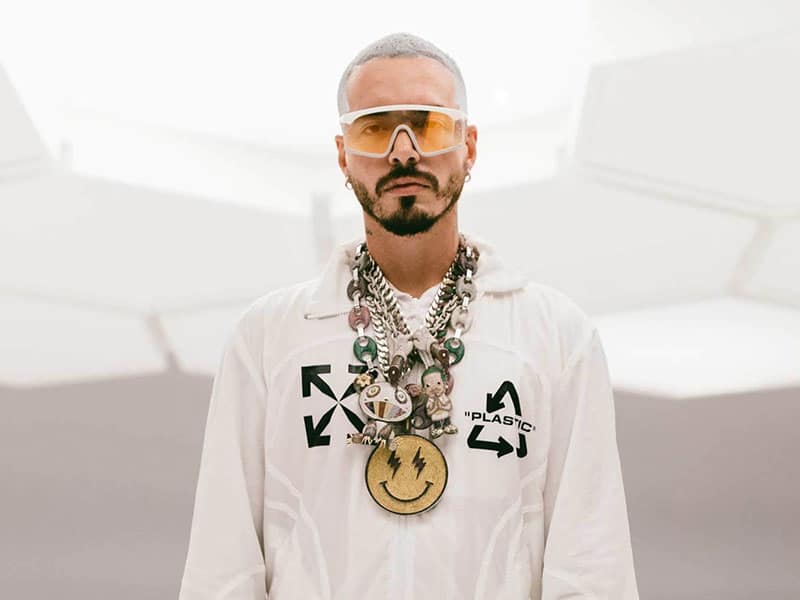 J Balvin and the emergence of a new icon

From his native Medellín, the most relevant Latin artist of recent years has raised his particular musical watchtower from where he controls the current scene. His influence goes way beyond his verses and he’s already a multidisciplinary reference. Welcome to the universe of El Jose.

Born into a Jamaican community in Panama, reggaeton was conceived in the Central American country as a result of mixing the rhythms popularized by Bob Marley with Caribbean chords.

In Puerto Rico the genre was not born, but it exploded “to the World”. The first stars of the movement came out of PR. Shortly thereafter, this rhythm expanded unstoppably through Latin America.

The continent began to perish to the rhythm of new Colombian, Panamanian, and Dominican artists… Daddy Yankee (@daddyyankee) served as a bridge between generations. One of the founders of the genre, he managed to extend his notoriety to the second wave of artists coming from all over Latin America.

DY and Nicky Jam were precursors of the scene with Los Cangris. Nicky’s addictions made him move to Medellín to get clean. The fame he acquired with Daddy Yankee offered him the opportunity to start over in the coffee country. Since then, the PR-Colombia connection has become critical to the genre.

In those days, a young José Álvaro Osorio Balvin was starting in the music world, rapping mainly. Since then, his growth and exposure has led him to become the leader to follow for generations to come.

If Daddy Yankee was the glue that brought the first two generations of this movement together, the Medellin kid has been responsible for pushing it to unimaginable heights.

In 2009 he signed with EMI Colombia and in 2010 he released his first album “Real”. In these ten years of career, J Balvin (@jbalvin) has managed to make his plays on Spotify or Youtube count in the millions. His collaborators are the most select in the industry. Without a doubt, he has become a true cultural reference for the community.

The worldwide impact of Latin music today is unprecedented. The figure of J Balvin has transcended the merely musical. Today, the Colombian stands as an icon in the world of fashion. His presence in the front rows of PFW is the norm. Firms like Louis Vuitton, Dior, Casablanca or Valentino dress the artist from Antioquia every year in his “fashion tour” through Europe.

Such is his influence on the industry that he is the first Latin artist to have his own Jordan I. He has also been collaborating with Guess for several years.

As if that wasn’t enough, for the release of his latest album “Colores”, Balvin has joined Takashi Murakami to design a series of promotional pieces. In them, they merge the identities of both of them in sweatshirts, T-shirts and even in the visuals of their videos.

All this series of benefits that have been obtained in other industries are the result of a great commercial strategy and key collaborations. From Pharrell to Beyoncé to Black Eyed Peas or Sean Paul. The size of his figure gives him the status of an inspiration for new creators who have been stepping up to the plate. That is why he has joined forces with names like Rosalía, Jhay Cortez or Anuel, artists whose name already fills stadiums.

Cover of Vogue or Harper’s Bazaar, there is no doubt that it is the “Age of J. Balvin”. He will go down in history as the artist who made global a genre that was marginalized and punished by the stigma of the machismo of its lyrics. The Balvin Generation has managed to turn reggaeton into the most listened to musical style in the world. His songs and those of his contemporaries have invaded the main playlists in the world. RIP Rock.

Together with the Puerto Rican Bad Bunny they have formed an unbeatable tandem. Their album “Oasis” made us happy last summer. They killed it in the VMAs and the AMAs. They conquered Coachella 2019 and this year’s SuperBowl…

Speaking of Coachella, J Balvin was not only invited by Queen B in 2018 to perform “My People”. In 2019, he performed solo at the Main Stage. He was the first Latin artist in history to achieve such a milestone.

On that crucial day in his career, Balvin stayed true to Balvin. Not only did he put on an epic show, but he set aside 8 minutes to remember some of his references. Hits like “Gasolina”, “Rakata” and “Oye mi canto” were played on a day marked in red for the Latino Gang. Yesterday’s and today’s.

The merits that have elevated the singer from Antioquia to the top of today’s pop culture are innumerable. One does not become friends with Kim Jones out of the blue. Nobody’s a number one by chance. You don’t just collaborate with Beyonce.

The readings and reflections around the figure of José Álvaro Osorio Balvin can be thousands. The conclusion is only one: the world is at his feet.