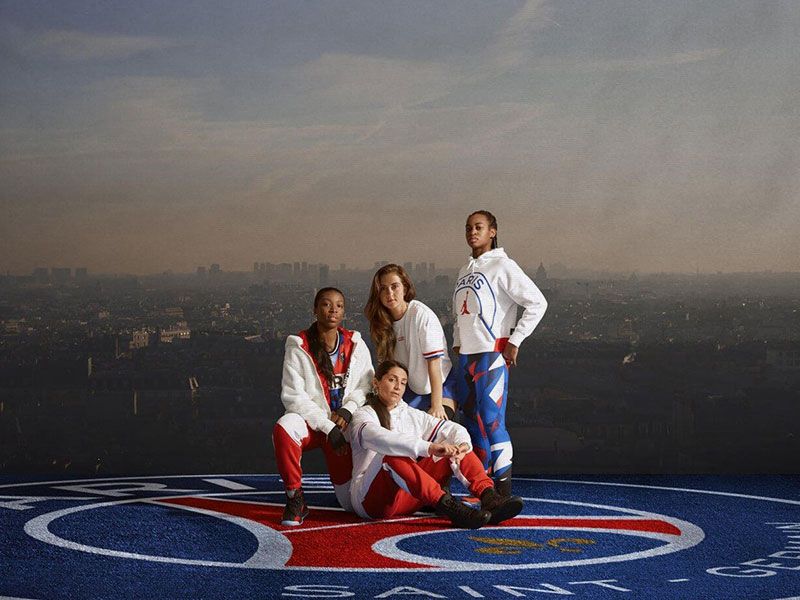 In a world – football’s – where almost everyday a new wall is knocked down, lately the focus has been pointing to almost anything around it and its influence in today’s society than to the sport per se. The arrival of Jordan x PSG’s first collection for women is another example on how football is the most global sport of all and that the determination to embrace the ladies participation too is not just a bunch of pretty words. 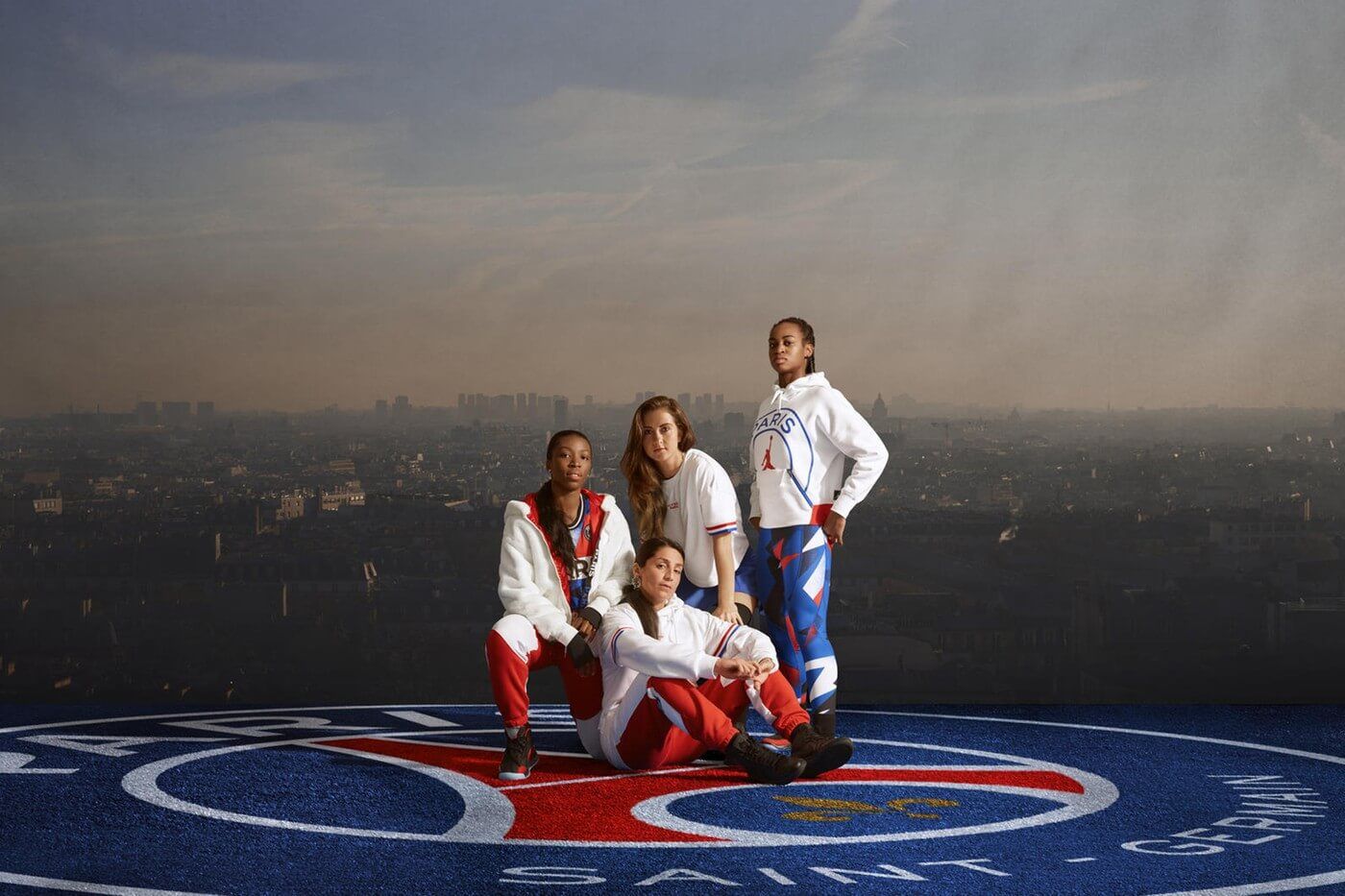 Back in the day when Paris Saint Germain and Jordan announced their joint collection – resulting from PSG’s Nike endorsement – the shock was damn huge. A brand born from basketball dressing for the first time a club from the “rival” sport and, beyond that, the exploitation of its influence in culture and streetwear, so traditionally attached to the parquet Gods.

The outstanding success of these alliance of Neymar and Mbappé’s team resulted in an extension of the commercial relationship. Initially designed for the Champions League games played by the French squad, now they are debuting their first collection ever designed for women. Truth to be told, the female PSG team is one of the best ones in Europe, but they didn’t received this kind of attention from their kit supplier beyond the pitch. 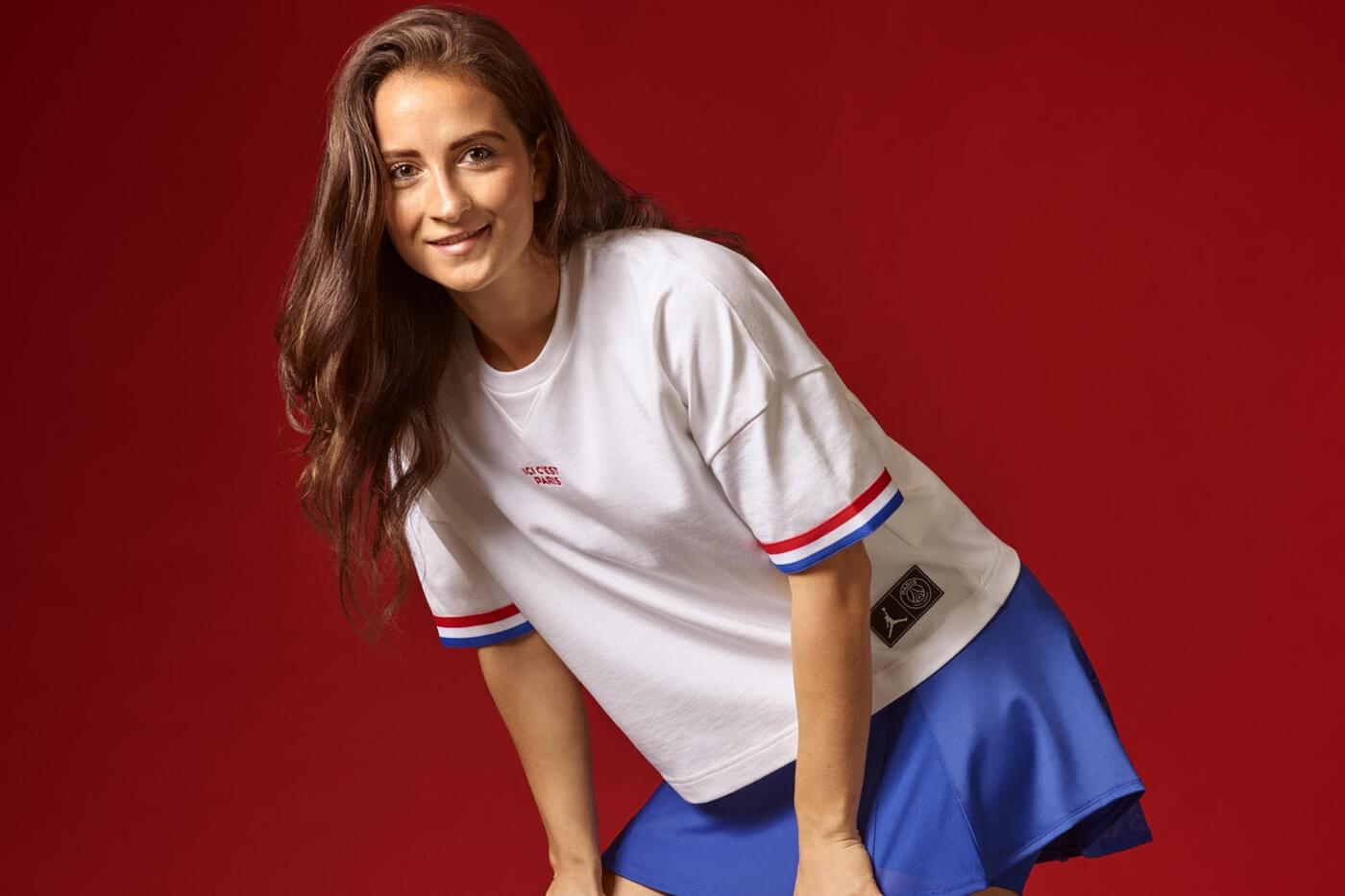 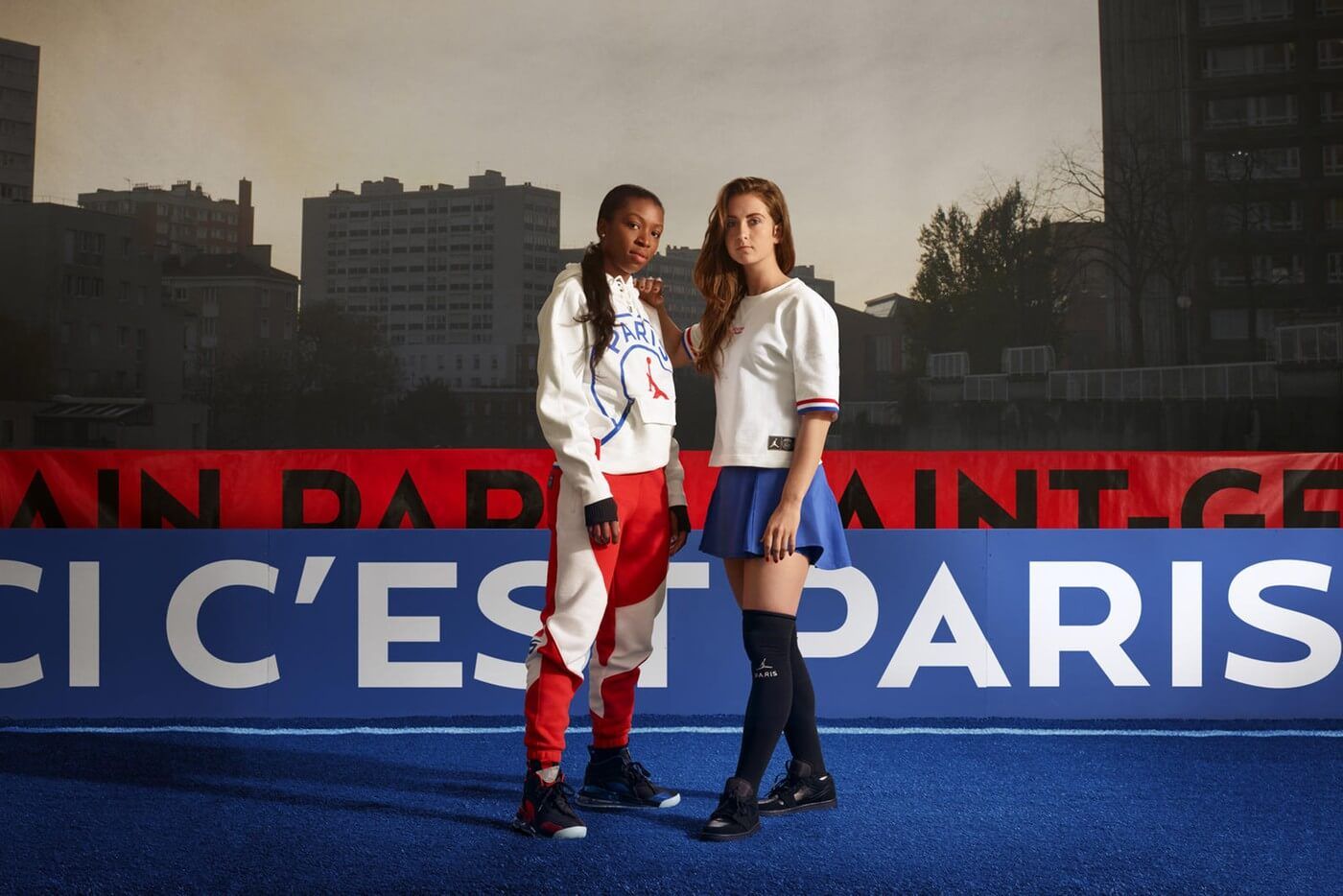 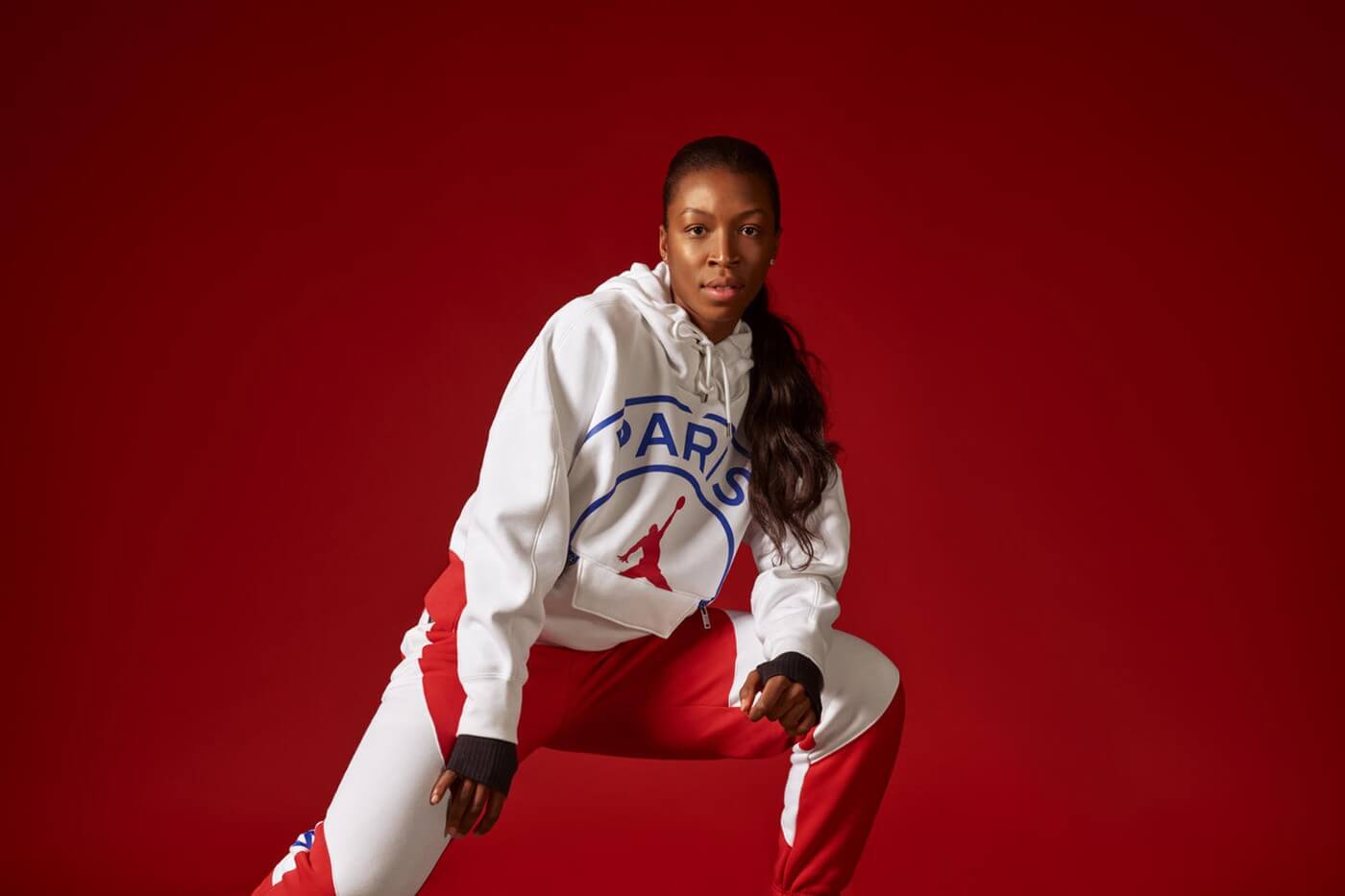 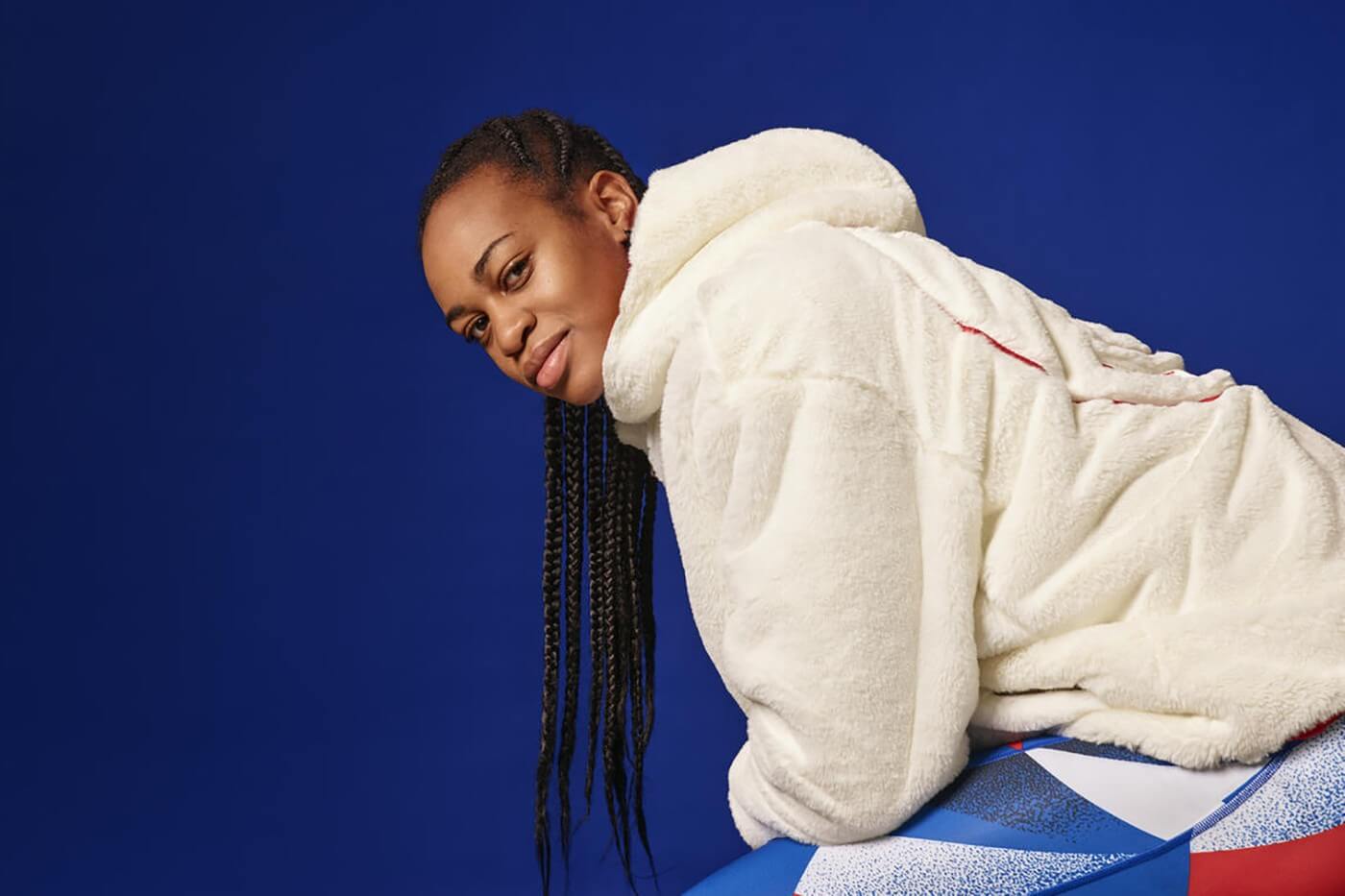 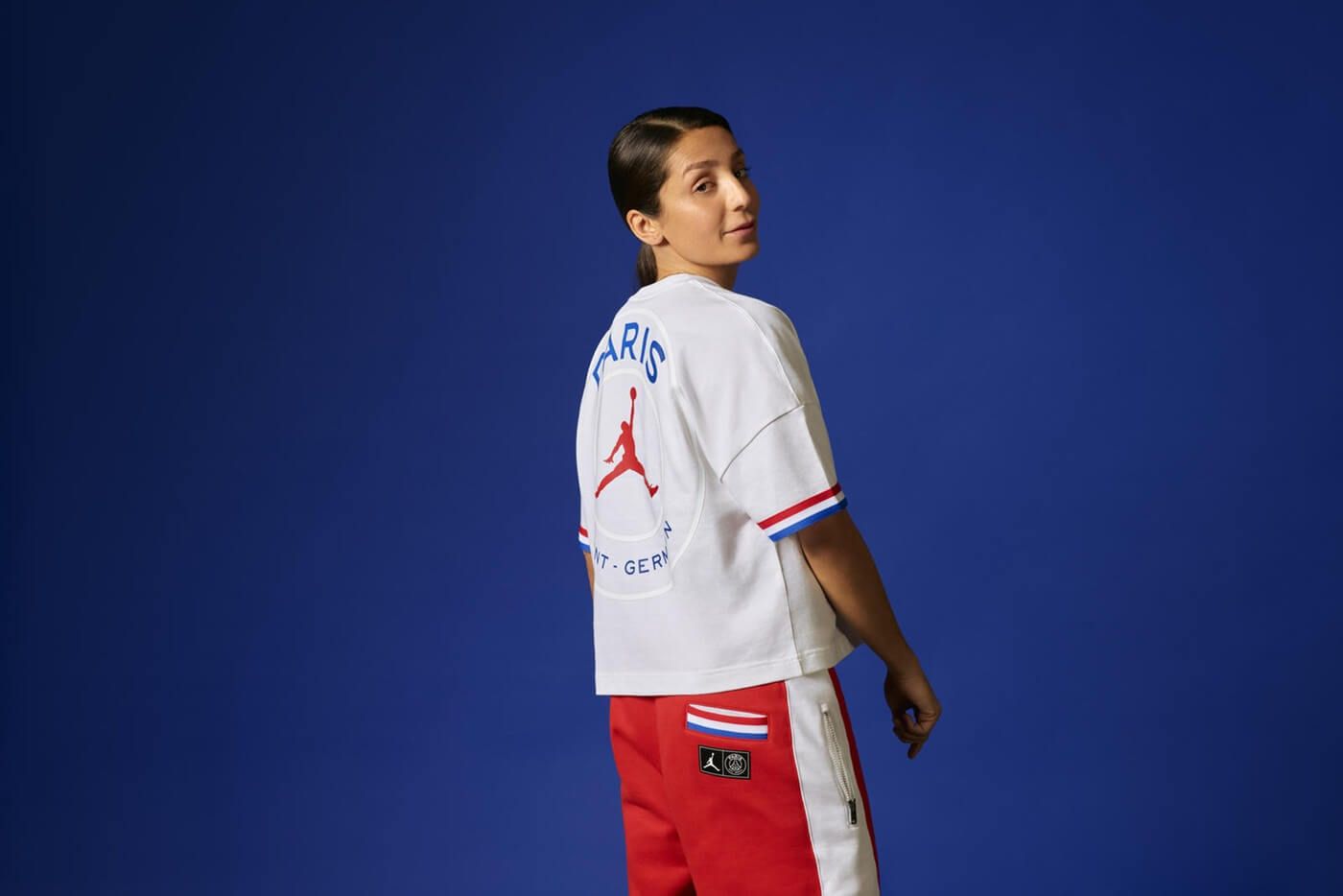 Jordan and PSG (@psg) offer a selection that fuses with mastery the aesthetics of tenis or basketball with an obvious and strong presence of the colors from Les Parisiens.

With the Jumpman logo as indispensable protagonist, we found PSG’s slogan “Ici c’est Paris” (“This is Paris”) in some of the six designs included in this female collection, which offers a hoodie, a miniskirt, baseball style tee and sweatpants among others. Available online and at Galleries Lafayette. 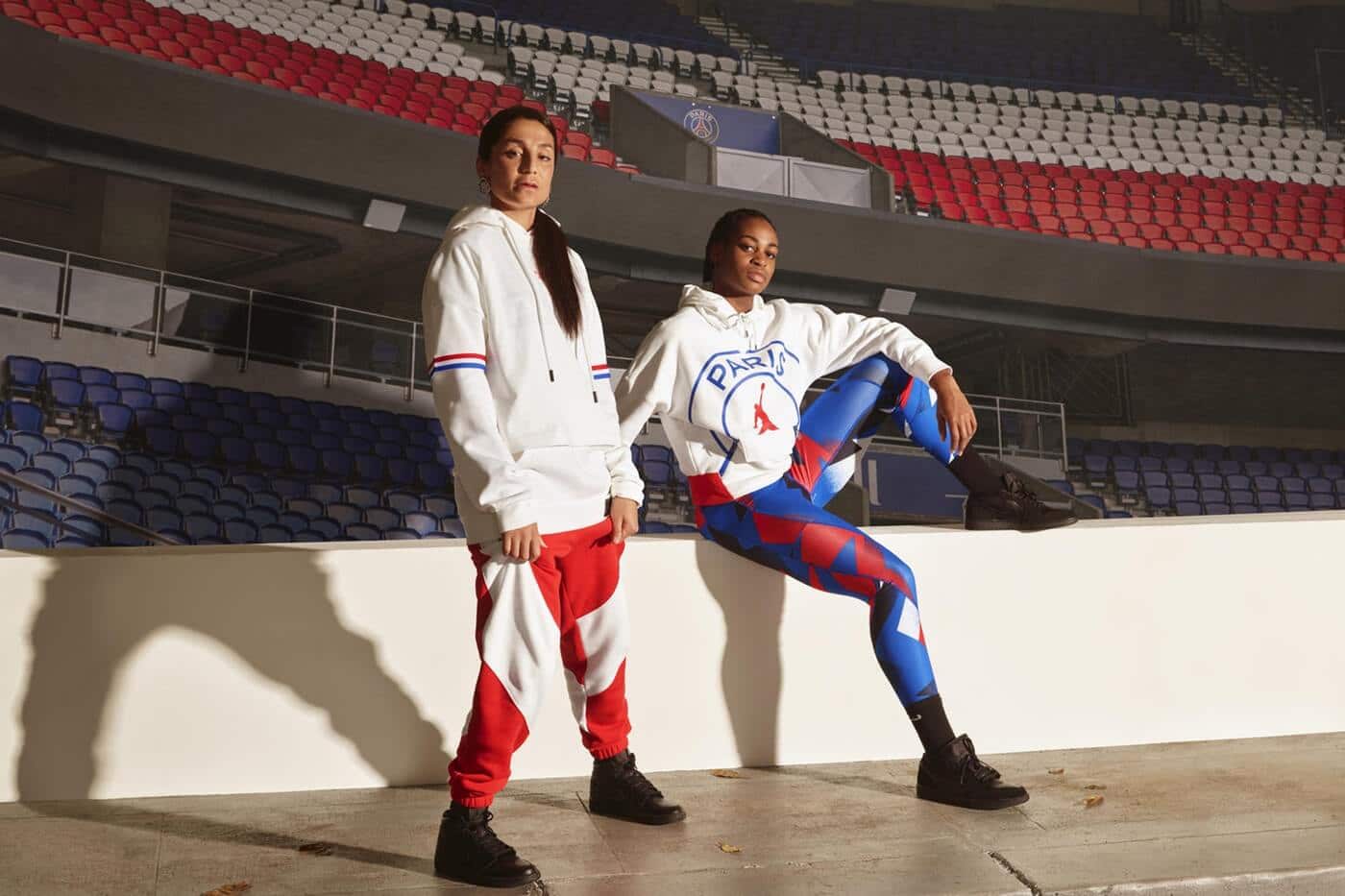