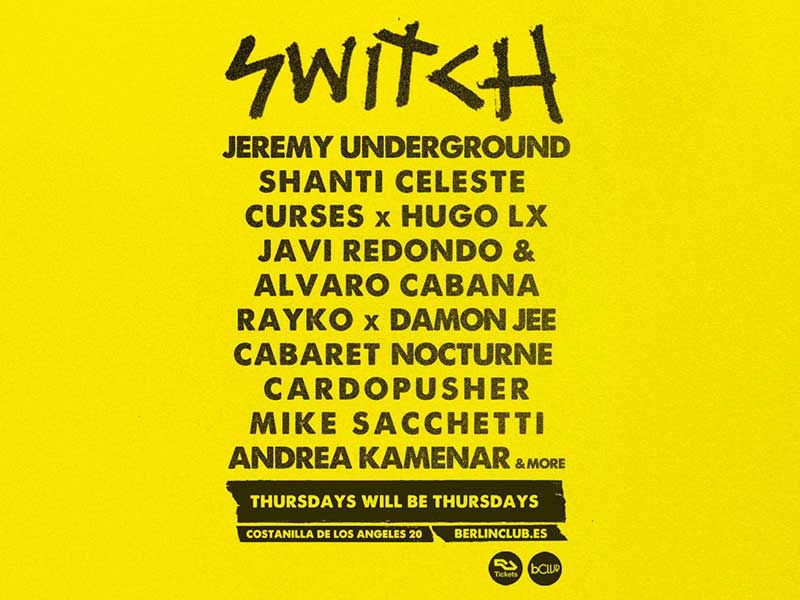 Berlin Club starts the year with an advance of confirmed line-up full of international artists to explode Thursdays in Switch.

This year the Switch session has a roster filled with background in the best booths of the disco and electronic underground European scene. Javi Redondo, Shanti Celeste, Jeremy Underground, Damon Jeeand Cursesare some of the confirmed DJs for the first months of the year, having performed in festivals and clubs such as Berghain, DGTL, Sónar, Wilderenateor Ushuaia Ibiza. The local proposal is in charge of resident DJs from Materia and Phoenix Bar&co collectives, represented by Mike Sacchetti and Andrea Kamenar, among others. 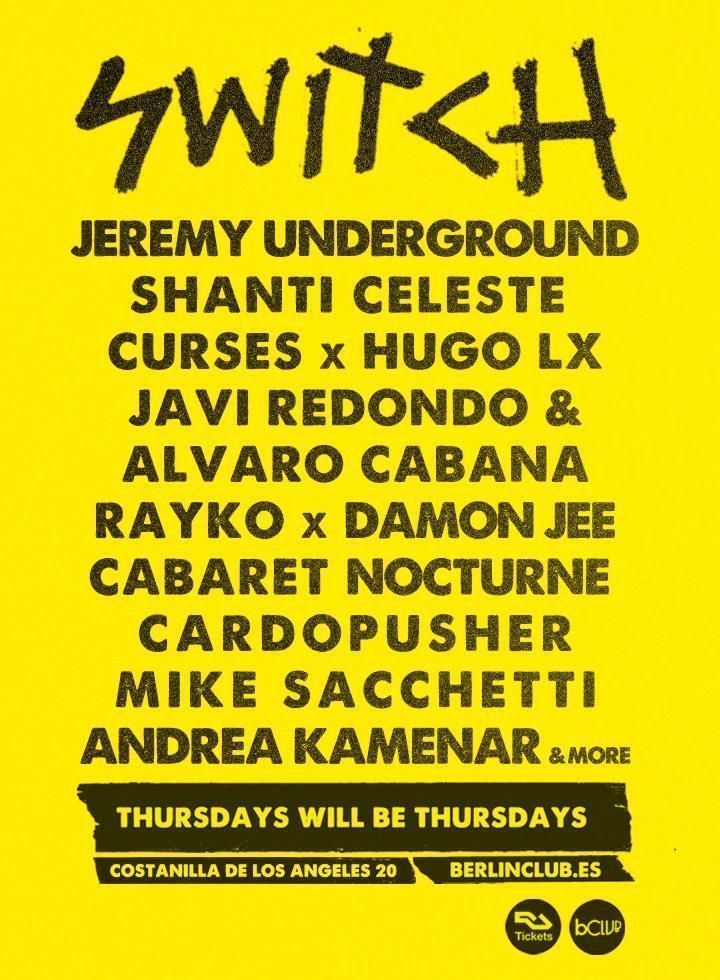 Switch stands out for offering a musical proposal that differs from the rest of electronic music clubs in the capital. The party takes you in a trip through the different sides of disco music, exploring other genres such as italo, new wave, postpunk, slow tech or house.

Berlín Club is known for its commitment to renowned international artists and for offering jazz and flamenco live shows in the early evening. Its advance of the Line-up for these Thursdays of 2019 promises to boost the panorama of the electronic music and to contribute variety to the night of Madrid.

Visit Andy Warhol’s show at the Tate Modern from home
Alexander Wang sells his archive pieces for 72 hours
1017 ALYX 9SM launches new sandals with Vibram sole
Do influencers have any social responsibility during the pandemic?
BEAMS x Crocs crossing the line again
Dr. Martens’ 1460s celebrate today their 60th anniversary in full force
Is the fashion industry ready for multiculturalism?
Poggy The Man and Hajime Sorayama launch a hyper-limited capsule
Virgil Abloh directs the first Pop Smoke video after his death
Why all Spain should watch the series ‘Veneno’
Wishlist: The Balenciaga “BB” dog tag necklace in gold and silver
Joe Exotic aka ‘Tiger King’ is totally a fashion icon