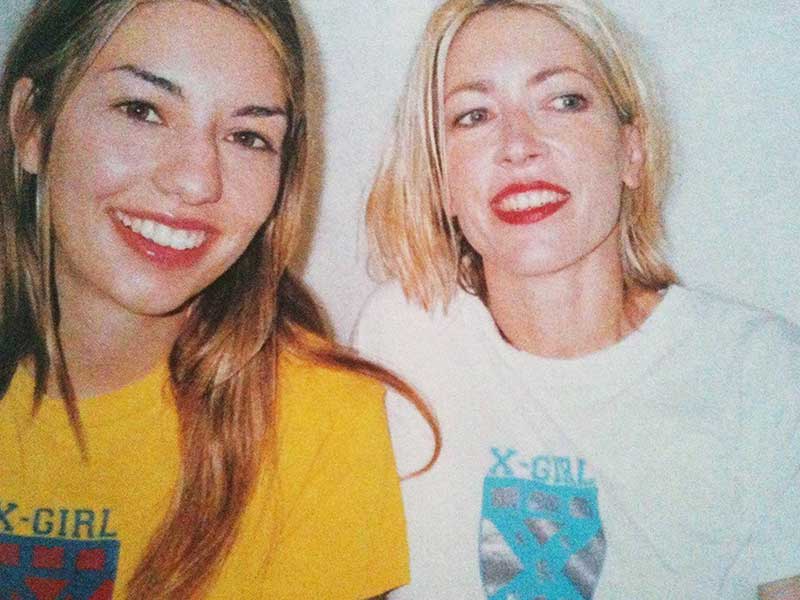 X-Girl, the streetwear of Chloë Sevigny and Sofia Coppola in the 90s, is back

X-Girl pioneered the skater girl style in the 1990s, becoming a cult brand that now returns to our time more than 20 years later. 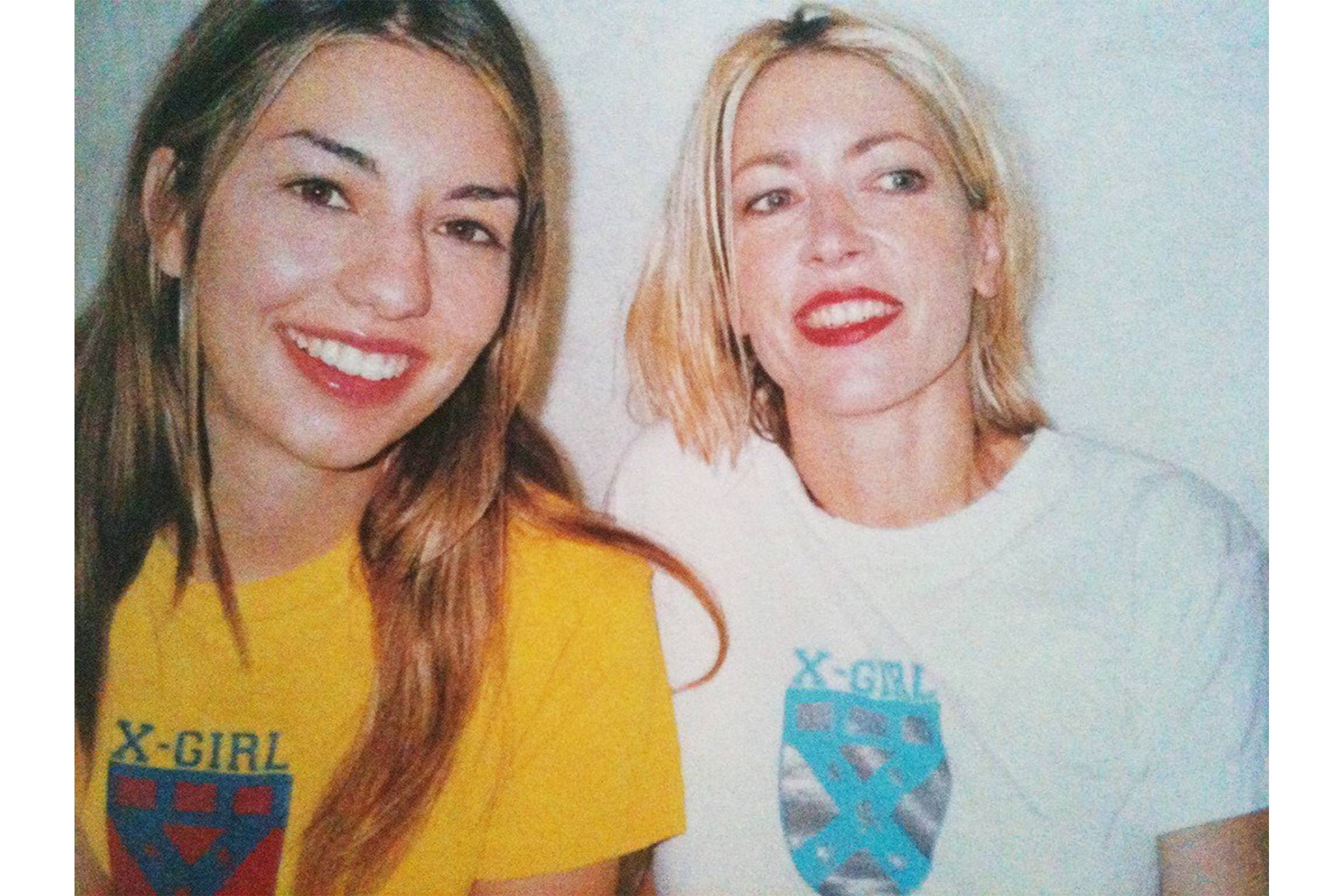 X-Girl, created in 1993 by Kim Gordon, Sonic Youth bassist, and stylist Daisy von Furth, had a brief but intense trajectory in the world of fashion. It marked the feminine style of a subculture of girls who combined tomboy aesthetics with the French style of the protagonists of Godard‘s films, with childish touches and silhouettes that did not cut off circulation.

They were the anti-mainstream, a mixture of aesthetics typical of alternative movements in force at the time. Elements indie, punk or skate, features that betrayed the first hands that had worn those clothes shown with pride, cuts that allowed you to slide on the skate by the parking of the mall. X-Girl was like robbing a wardrobe that is not yours, customizing it and appropriating it. 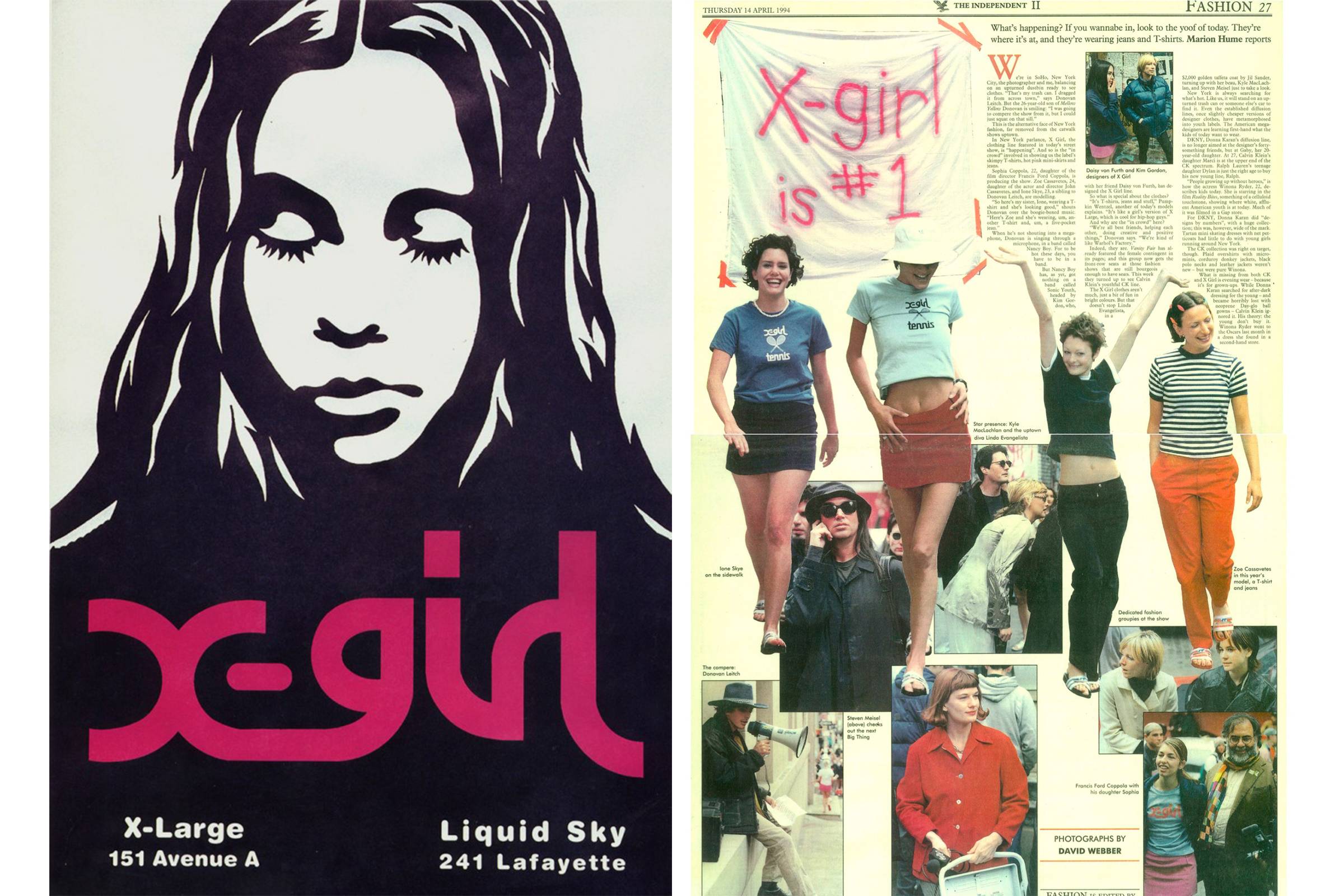 The brand emerged as a complement to the X-Large brand, which was focused exclusively on boys. Its creation meant much more than expanding the audience to reach girls as well: it was a decisive step in the movement to break the male domination of the skate scene. The skater girls could now wear women’ clothes whenever they wanted, bend their knees and raise their arms with garments specially designed for them, for their movements and for their liberation. Without having to suffer the lycra and without having to steal her brother’s pants.

X-Girl’s first fashion parade wasn’t even a regular fashion show. Produced by Sofia Coppola and Spike Jonze, it was a set of indie bands and models stomping down the street where Marc Jacobs‘ show took place in Soho. There were The Beastie Boys, there was Linda Evangelista, and of course there was Chloë Sevigny, the most representative figure of X-Girl. Taking advantage of all the traffic of Marc Jacobs’ program, they appropriated the audience with guerrilla style, lace sneakers, “A” silhouette dresses and t-shirts with funny graphics. The name of the brand waved in the wind painted on a white sheet, proclaimed by megaphones at full volume, mocking the permissions they did not have to mount the show.

Fashion’s own elitism had been annihilated, everything was a party on X-Girl. A 90s vibes microcosm that mixed supermodel garments with elements of urban subcultures marginalized by classism. A brand for multidisciplinary women, who are not afraid of feminine or masculine labels, with independence, desire to play and that je ne sais quois. 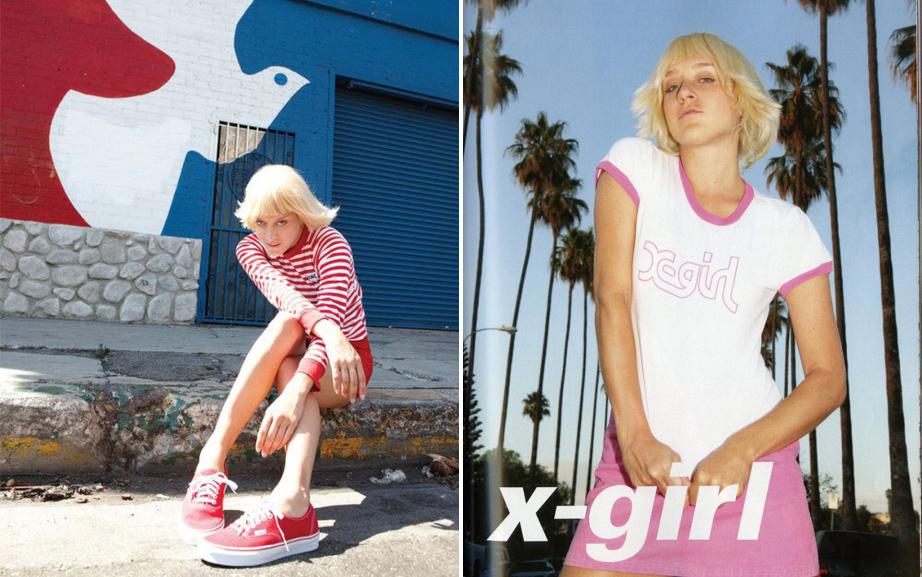 But four years later, in 1998, a Japanese company bought the brand and moved it to that country. Since then and until now, X-Girl has been available only in Japan, which is why today’s target generations of the brand have probably not heard of its legacy, even though they have captured its aesthetic heritage without realizing it. Fortunately, X-Girl is back, and it hasn’t lost its identity essence or principles. 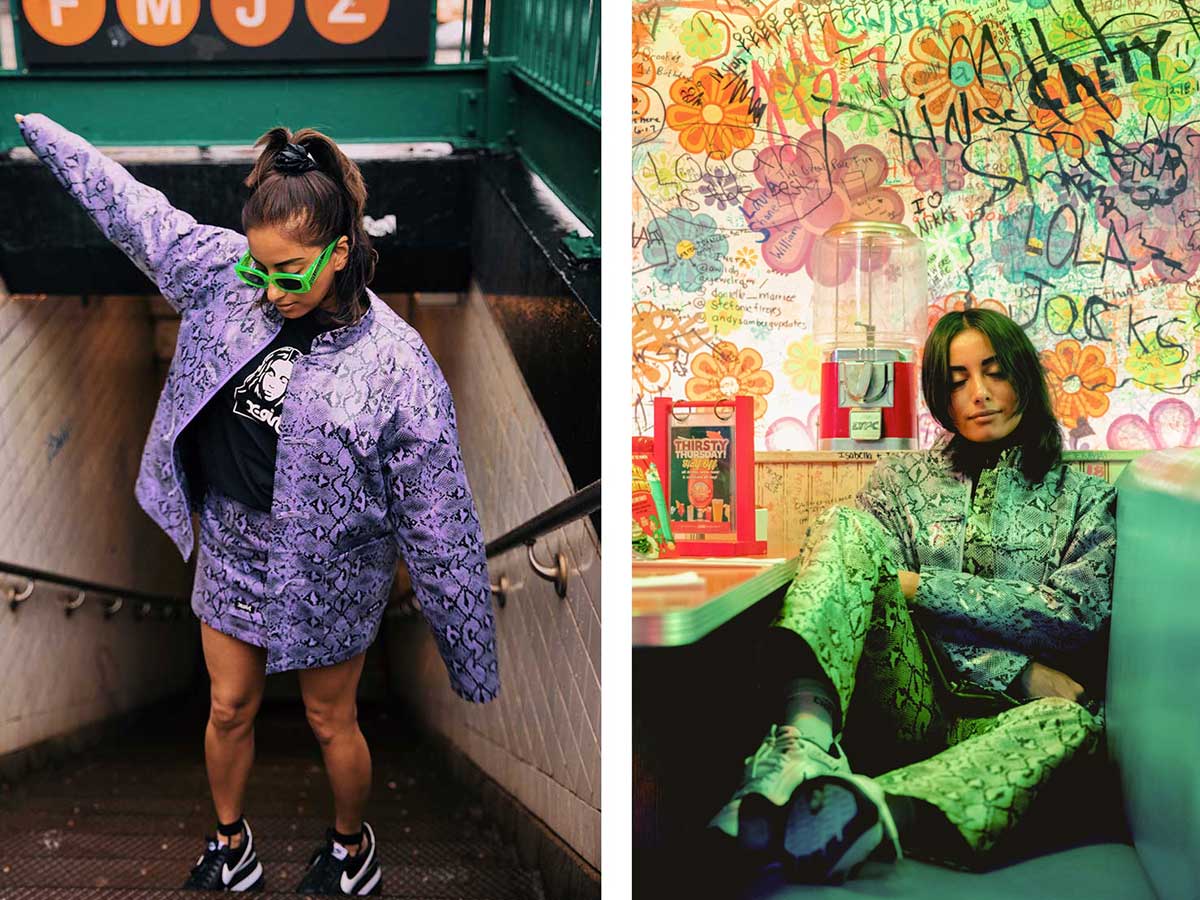 The brand maintains its utilitarian patterns, proposing a risky athletics with functional garments to move during the day outdoors or dance in garages full of graffiti at night. X-Girl has debuted with a line designed in collaboration with Shaniqwa Jarvis, the photographer behind campaigns by brands like Stussy and Nike Sportwear, and now has just launched her latest campaign with DJ Amrit as a model wandering around New York. More than a trend, X-Girl is a lifestyle and a statement of intent. 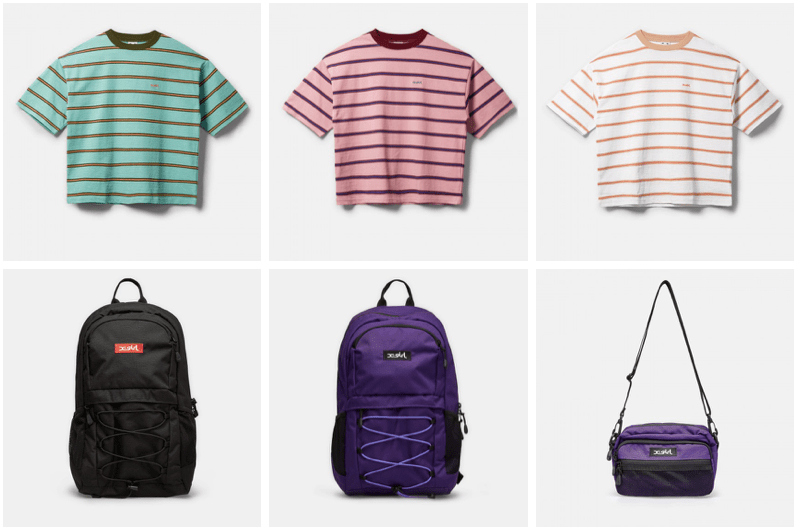 The X-Girl SS19 collection is now on sale on its official website and Dover Street Market.