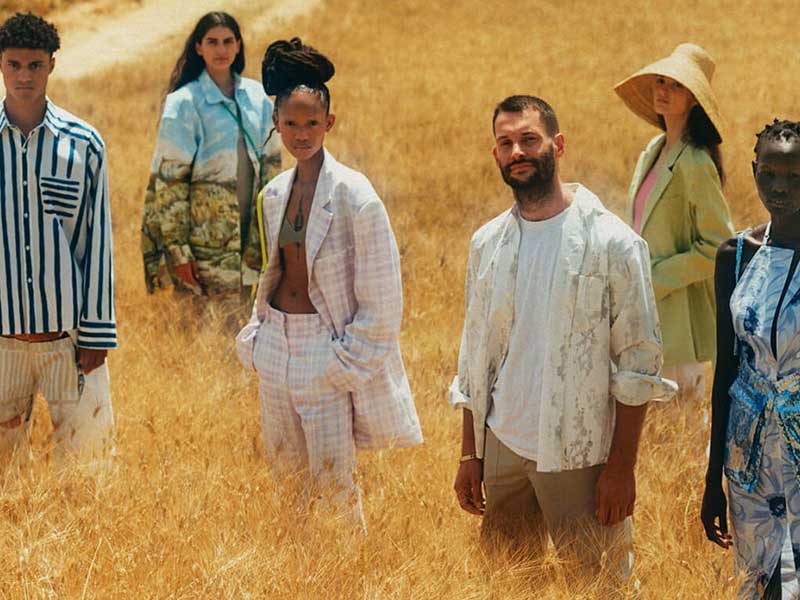 That Jacquemus is a mood, is something that is already written in contemporary fashion books. His perfect balance between pret-à-porter and creativity, as well as the balance between the avant-garde and the past have positioned the French designer as a clear reference in the industry. We focus on the eternal love story between Jacquemus, art and cinema; on how his obsessions have defined the brand’s heritage from beginning to end.

Jacquemus‘ work is a reflection of his autobiographical evolution. From making skirts for his mother at the age of 8, to the creation of a universe in itself that alters garments to give them a new meaning. His desire to tell stories through fashion, and to include his artistic prism in the scene, led him to create his own signature at the age of 19, and thus redefine contemporary women’s clothing.

The collections of Simon Porte Jacquemus are marked by storytellings that take us to the beach, as we breathe on the Mediterranean coast, to the energy provided by the sun and the textures of the paint. In them, film characters and pictorial prints become reality. Let’s see the transformation of the screen or the painting into real life.

Simon Jacquemus (@jacquemus) has showcased its collections of films ranging from the works of Isabelle Adajani, Varda and Éric Rohmer to the Talking Heads concert film “Stop Making Sense”. That ode to cinema through fashion is reflected in the designer’s archive behind the bag that has shaken the last decade. 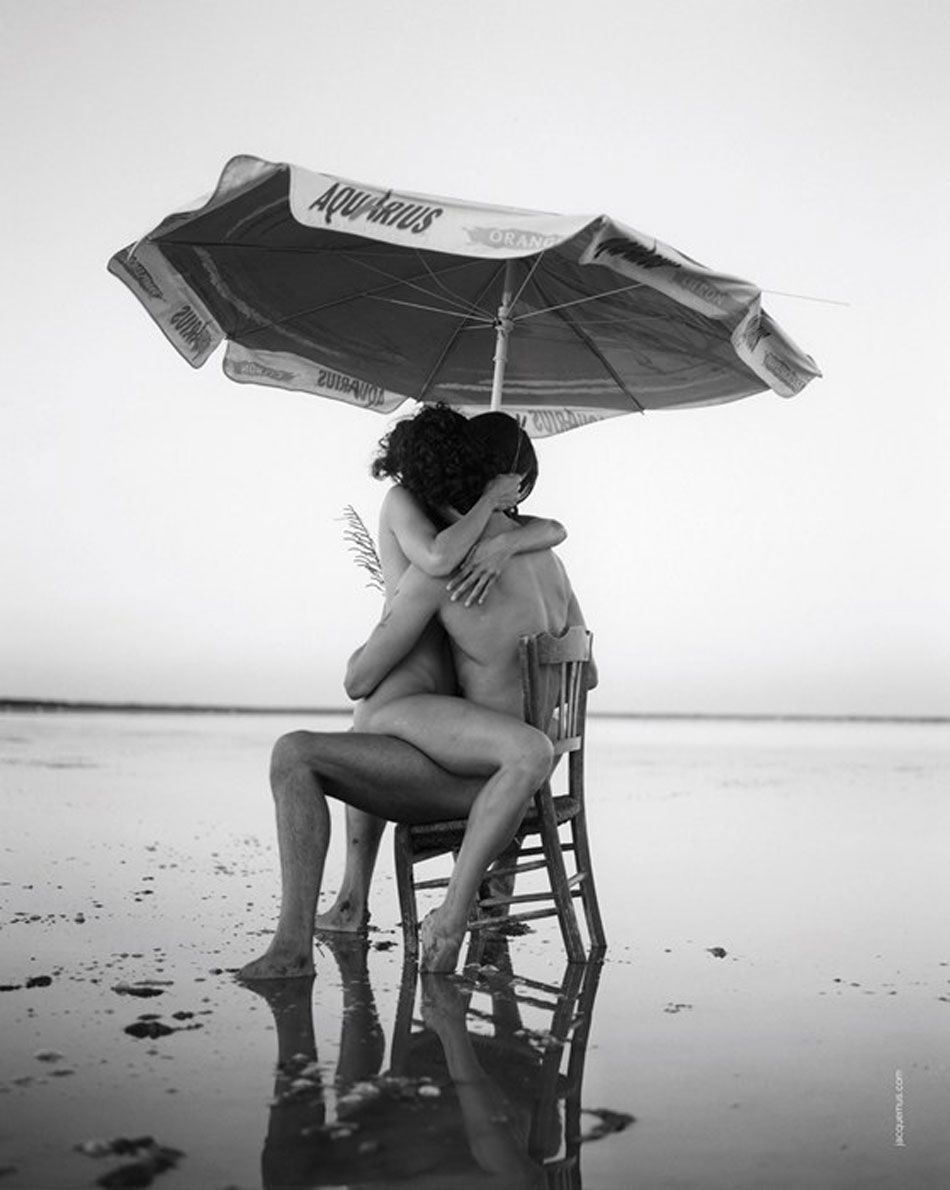 Simon’s eponymous label has been made of gold by directing stories or films from his collections, with a whole cinematic structure behind it: a title, a script, a setting and a cast of characters that reveal the pieces of the capsule.

Let’s take a chronological journey through some of the collections that have woven these filmic universes, bathed in Provenzal humour and the nostalgic mood that characterises the Parisian house. 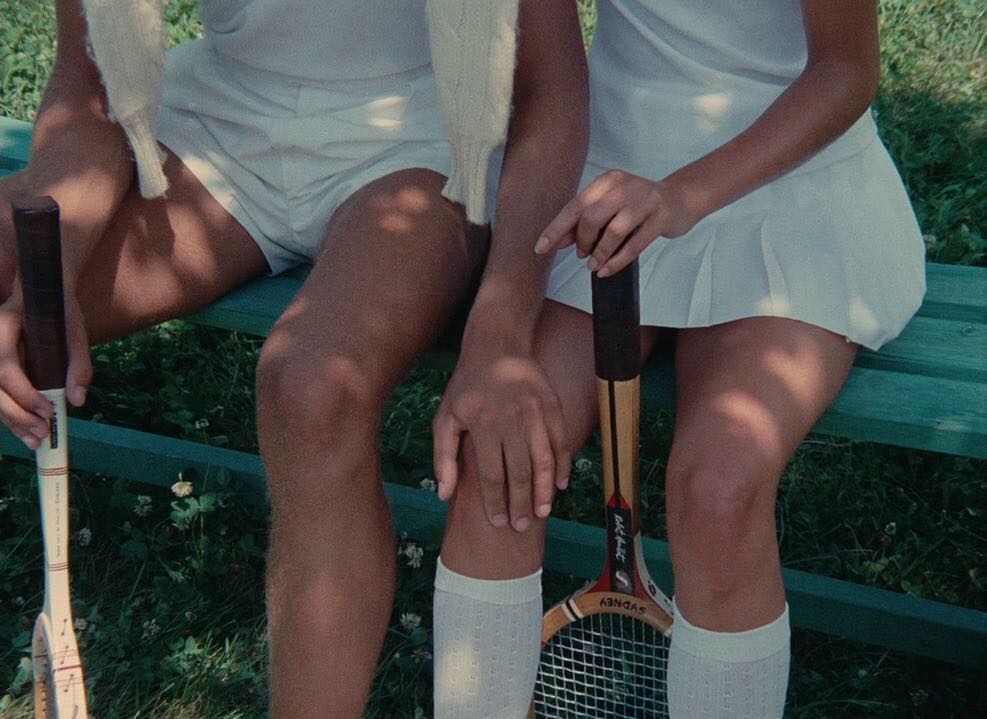 Jacquemus took us on a trip to ‘La Grande Motte’, a small town on the French Riviera, to present his spring-summer 2014 collection. That fashion film became a parallel to Éric Rohmer‘s moral tale from 1970, ‘La Genou de Claire’: a film in which a young man goes on holiday to a coastal town to experience a line of romances on tourist beaches. 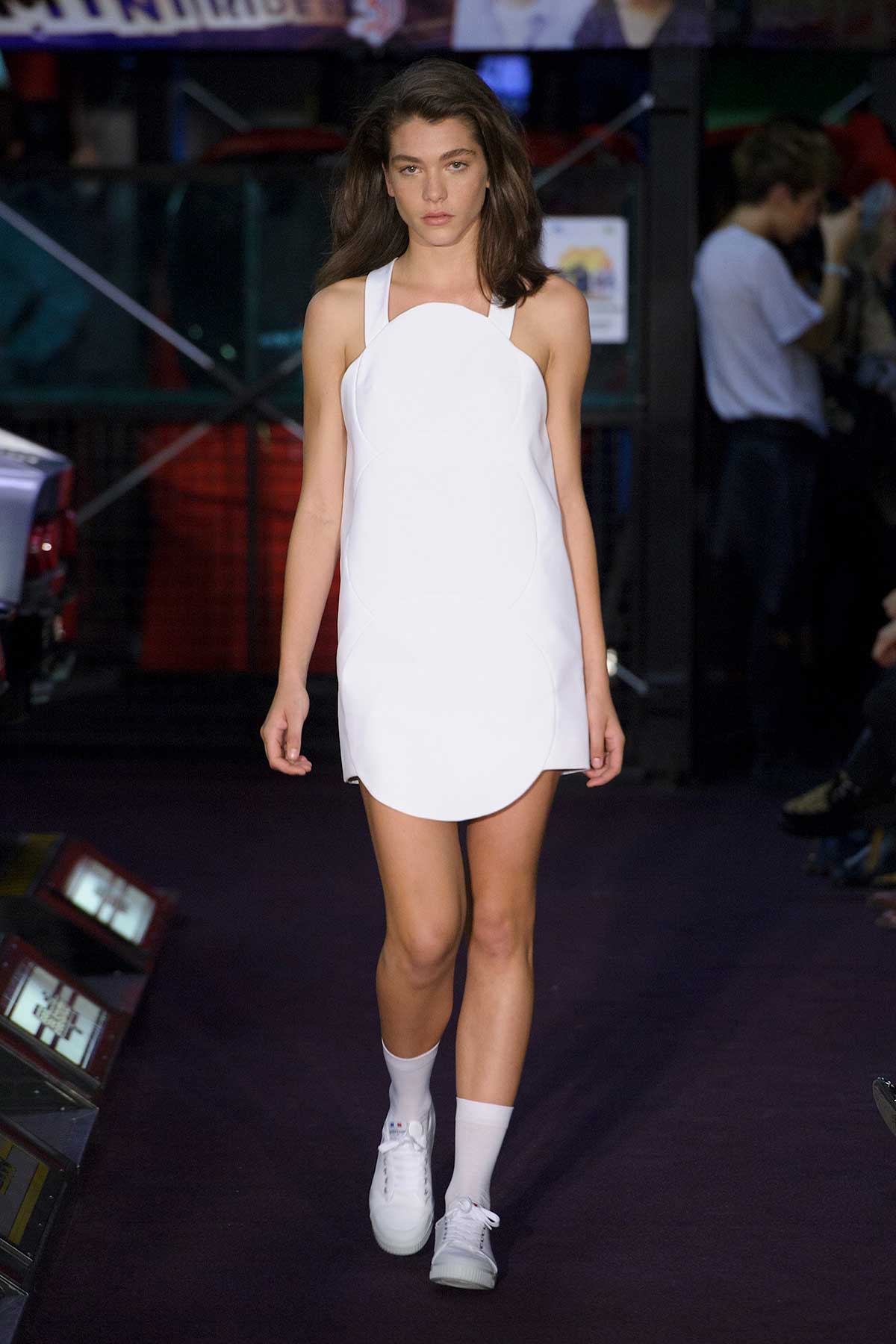 Based on one of the film’s most iconic sequences, Claire sitting on the court with her tennis set, the French designer generated his interpretation of the look through an all-white fit consisting of a sculptural version of the tennis dress, endless socks and retro sneakers. 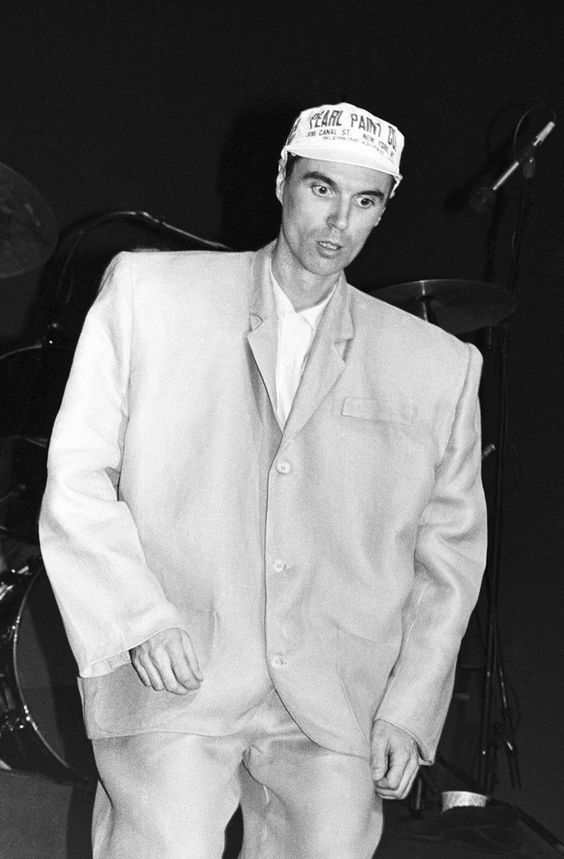 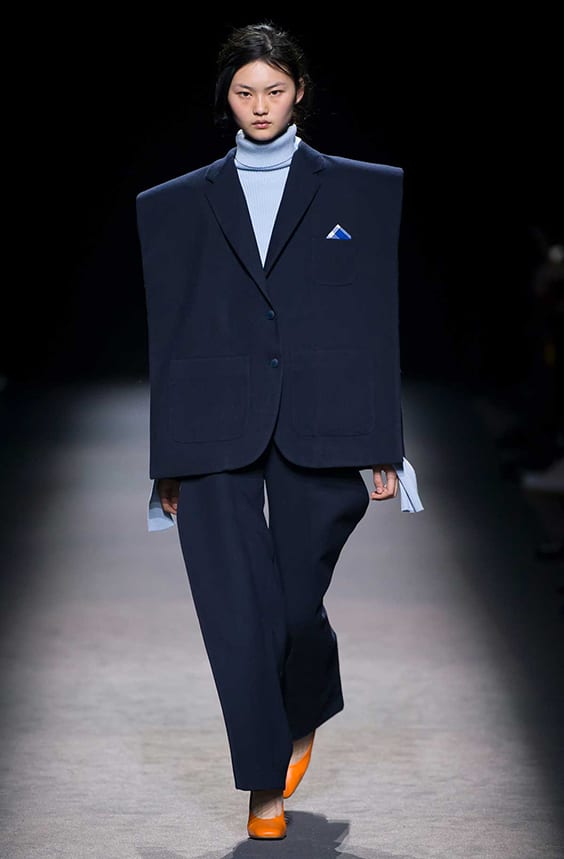 In this episode, Jacquemus was inspired by the Talking Heads’ concert film, ‘Stop Making Sense’, to take his own interpretation of the costume up onto the catwalk, amidst experimental cocktail dresses and reconstructed garments. But among that world in *reconstruction*, the must-have was Simon’s version of David Byrne’s ridiculous xxxxl suit. This time, inhabited by the woman Jacquemus in a navy blue tone.

ss18 “la bomba” & the BOOMBSHELL GIRLS OF THE CINEMA

S.J. directed his own film ‘La Bomba’ focusing the creative focus on the girl bombs of the cinema for his spring-summer 2018 show. The energy and power of these women was transferred to the catwalk, between Brigitte Bardot‘s references and codes such as swooping necklines, turbans, cut-off sarongs or unbuttoned shirts that reminded us of a Bardot’s ‘Juliette’ in a 2.0 version. 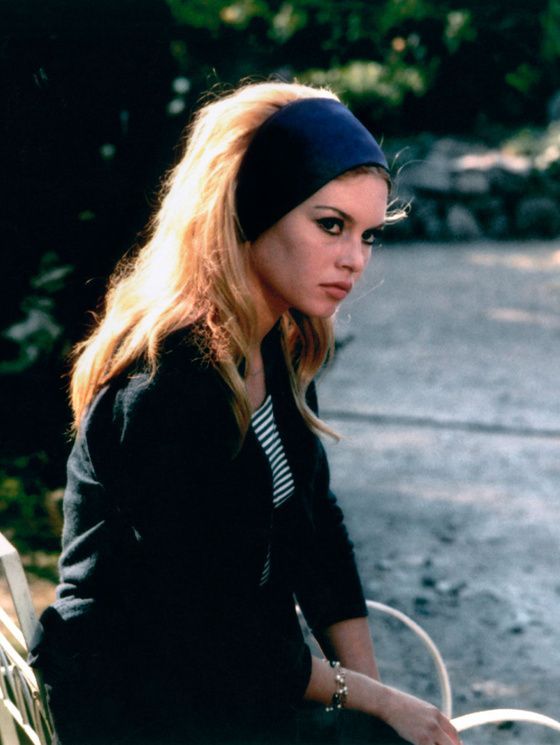 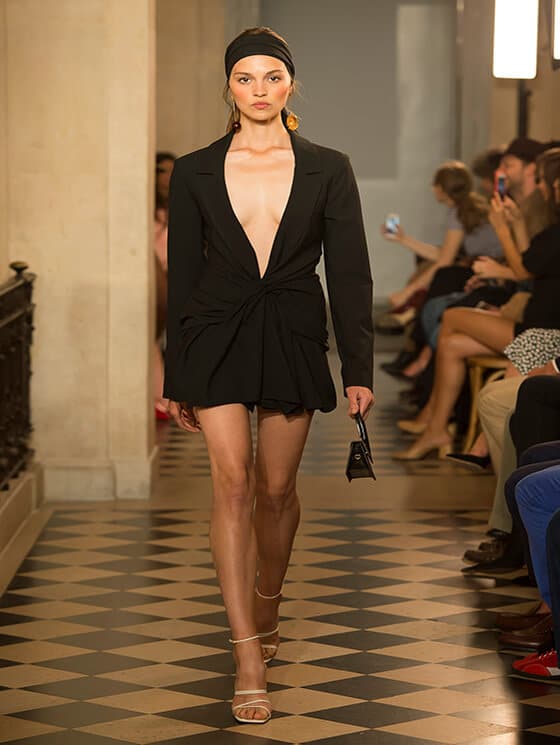 The cast also included a kind of Monica Vitti in ‘La Notte’, as the goddess of eroticism, with a cocktail dress delimited by the silhouette of the body, and a Penelope Cruz with the mini dresses she wore in ‘Jamón, Jamón’. 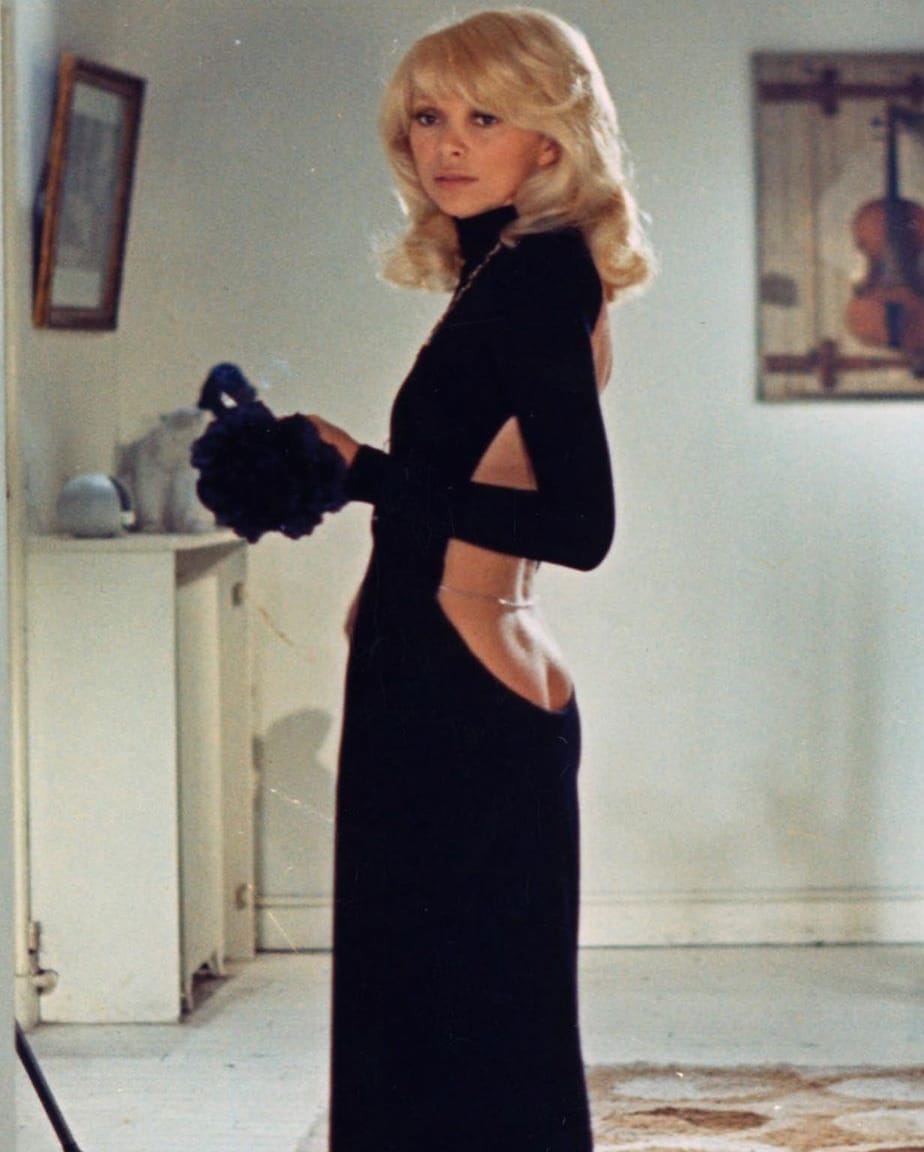 According to the creative director, ‘Le Souk’ was inspired by his trips to Marrakech. Hence a proposal full of caftans in shades of sand. But in AW18, if there was something that stood out was the turtleneck dress that embraced the woman’s body, and uncovered it with maxi-openings that took as a reference the elegance and sensuality of the iconic backless dress of Mireille Darc, from the French spy comedy ‘The Tall Blond Guy’. 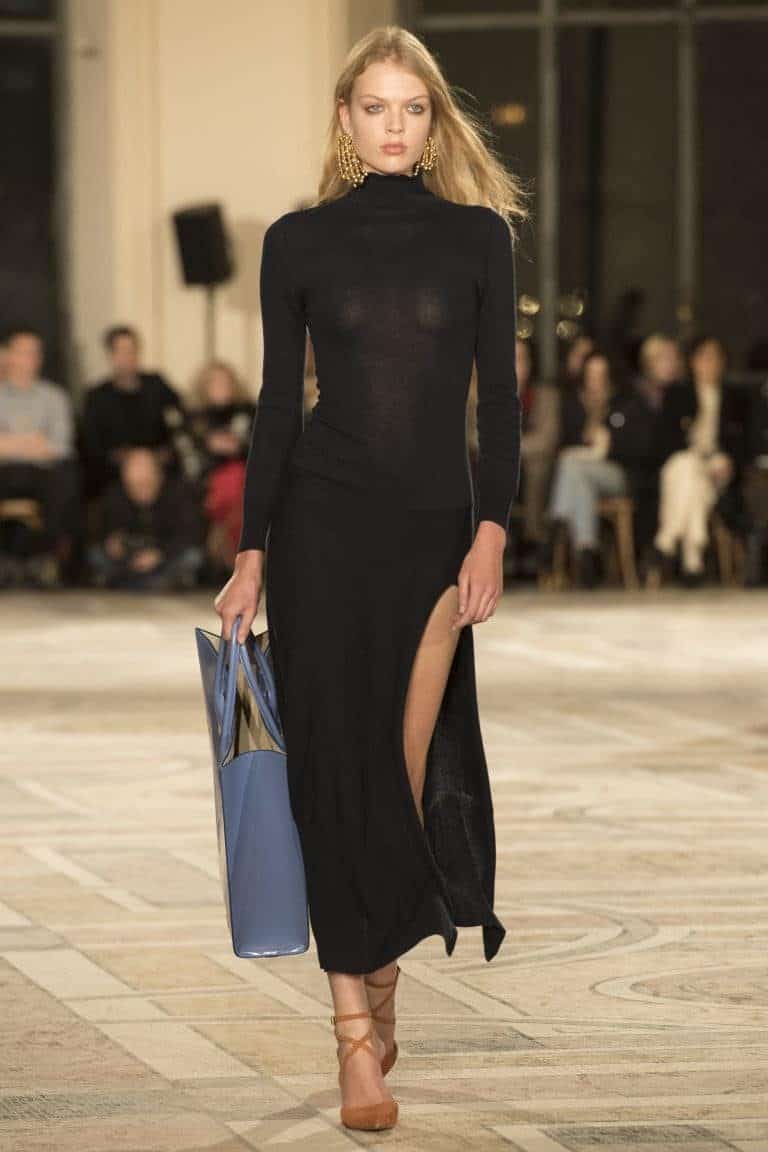 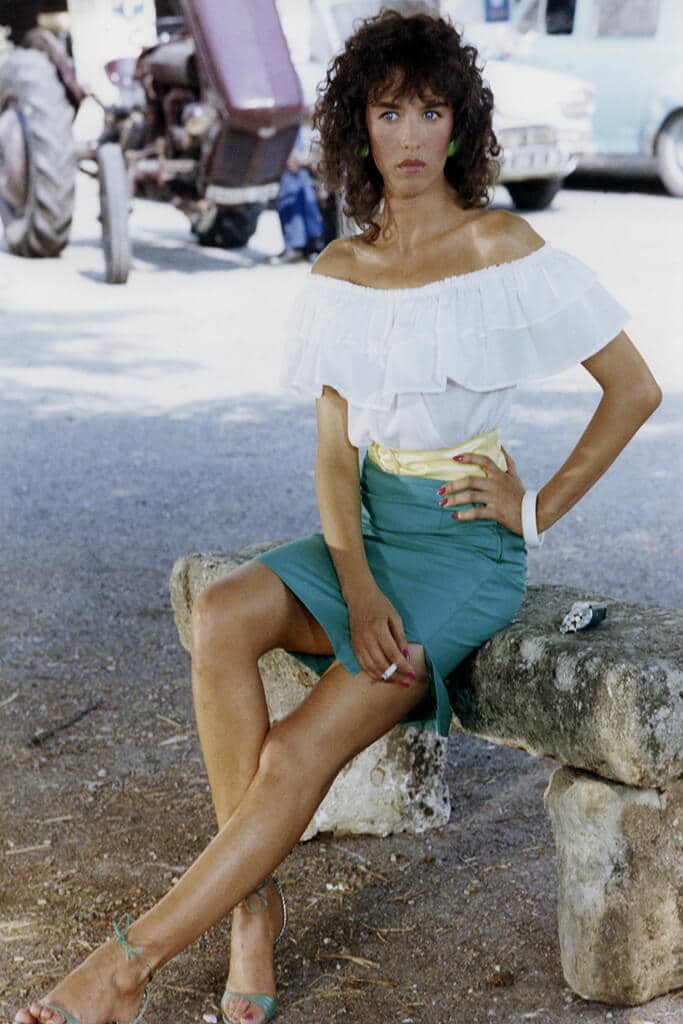 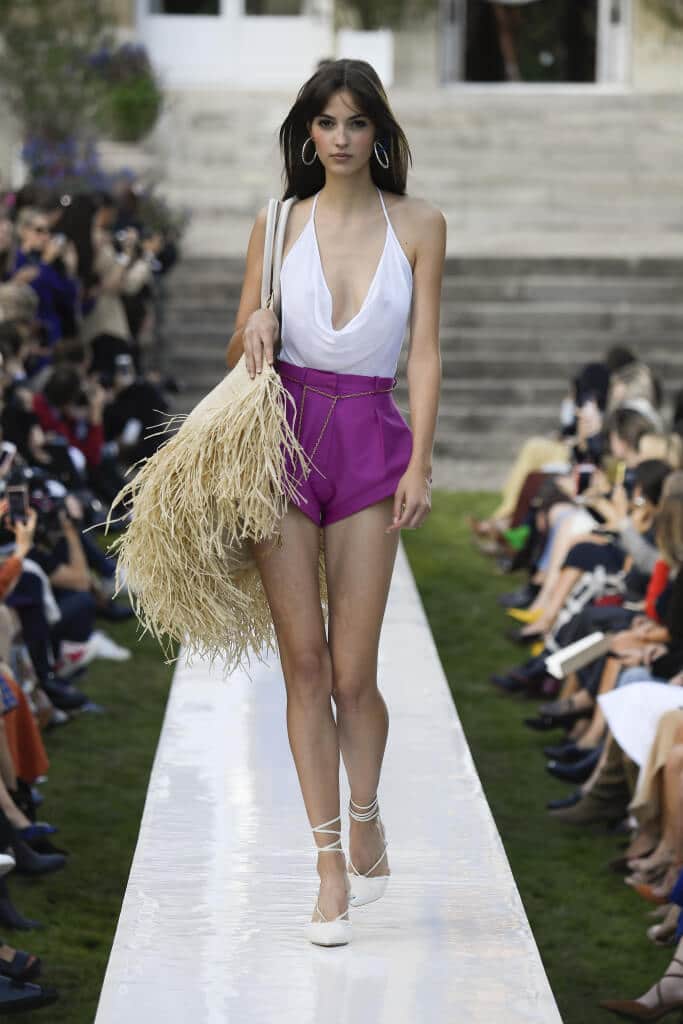 Jacquemus’ autumn-winter 20 collection was entirely dedicated to his greatest inspiration: his mother. The title ‘Lannée 1997’ referred to the year in which Simon designed, from linen curtains, his first garment: a skirt for his mother. This was the key fabric that was used throughout the collection. The fabric went through a line of tops and dresses inspired by the French film ‘Manon des Sources’ directed by Claude Berri, set in Provence: where Jacquemus made this debut skirt. 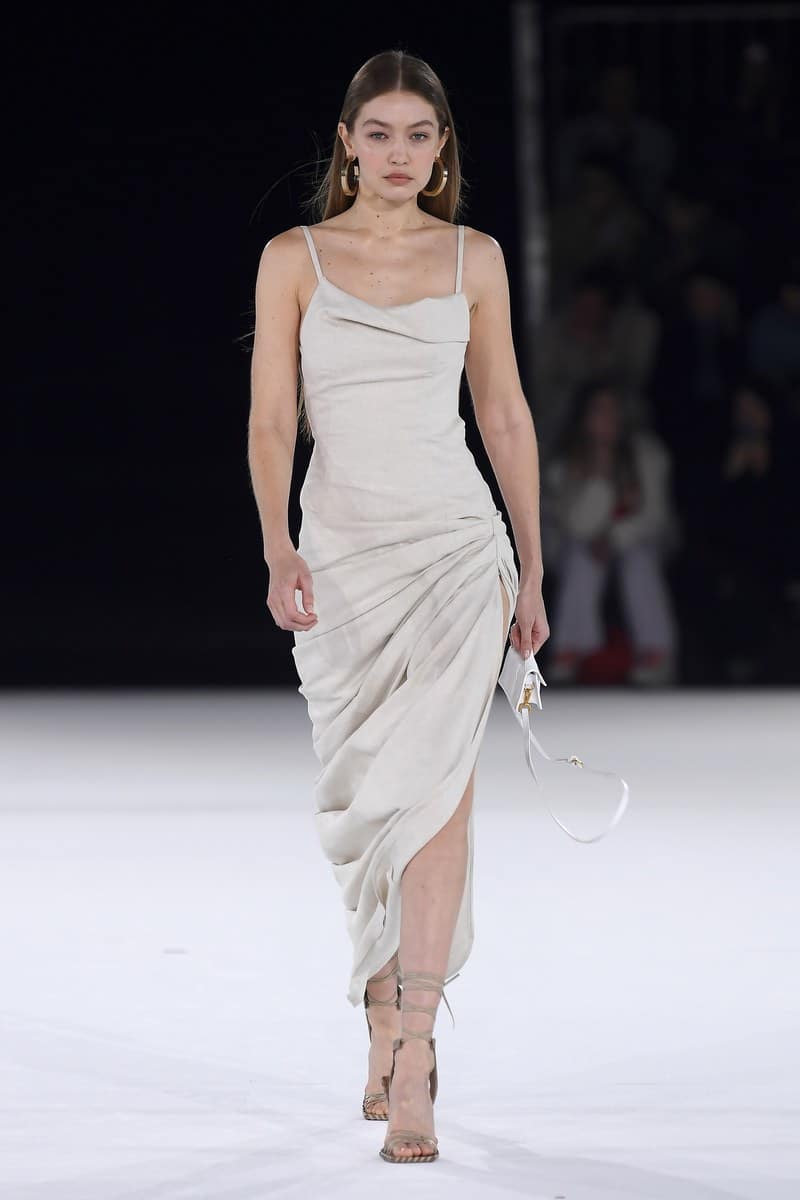 That show left us with iconic garments like the dresses worn by Gigi and Bella Hadid, which were inspired by Emmanuelle Béart‘s look in the same sand color as the collection.

“One of my first memories is Picasso, a drawing I saw in primary school, of a woman with two noses. It was for me one of my first artistic shocks.”

Keeping the fantasy real. All those who follow the IG account and Jacquemus’ career will know his love for art: the greatest stimulation for him. From Cézanne‘s colors to Hockney‘s strokes, painting becomes an essential piece in Jacquemus’ creative puzzle, characterized by generating infinite prints inspired by works of art and the strokes of the painters who sign the work.

Thus, he works from concepts and pieces for which he feels obsessed. La collectionneuse’ FW19 reflected precisely how art and design could be interpreted in fashion. 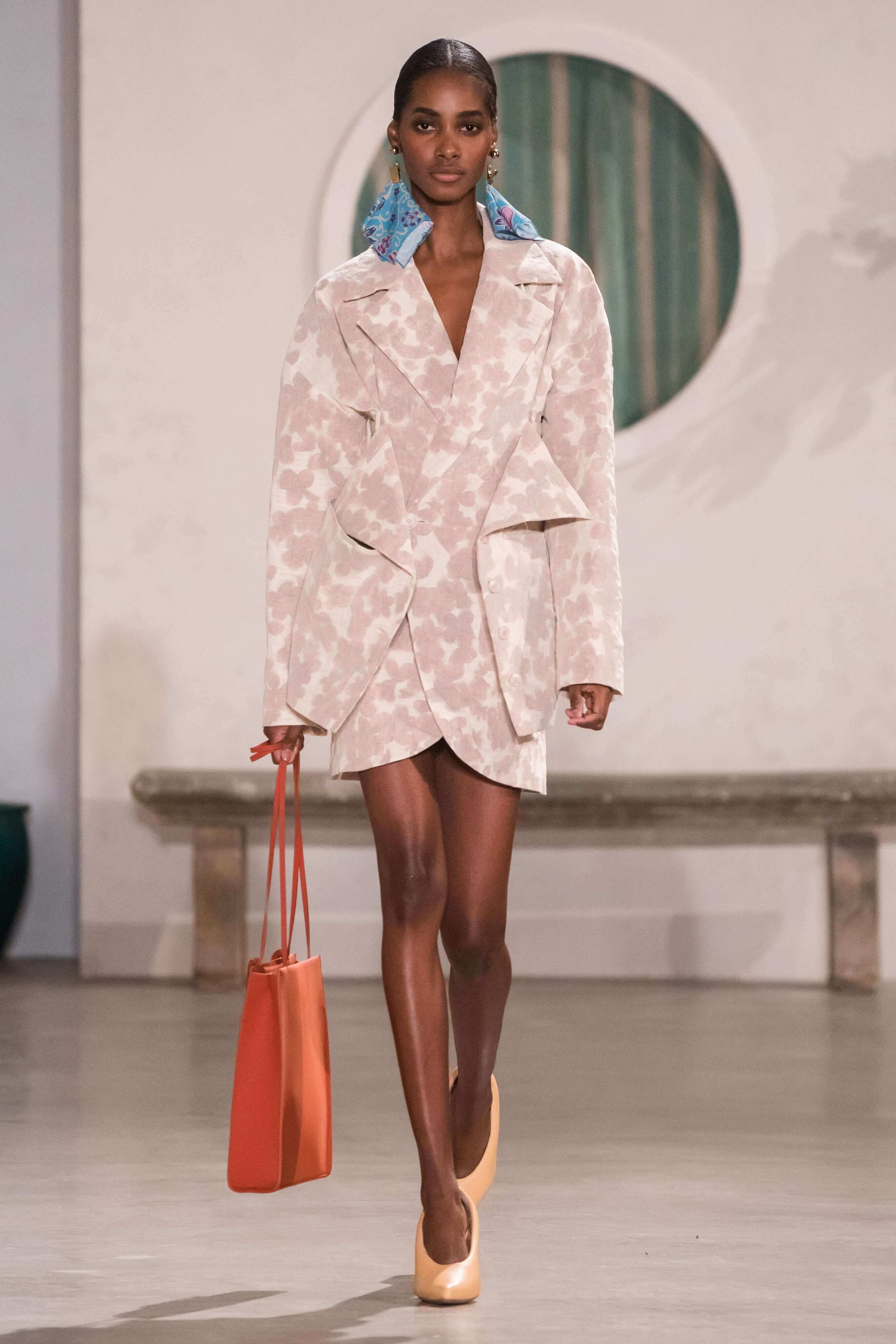 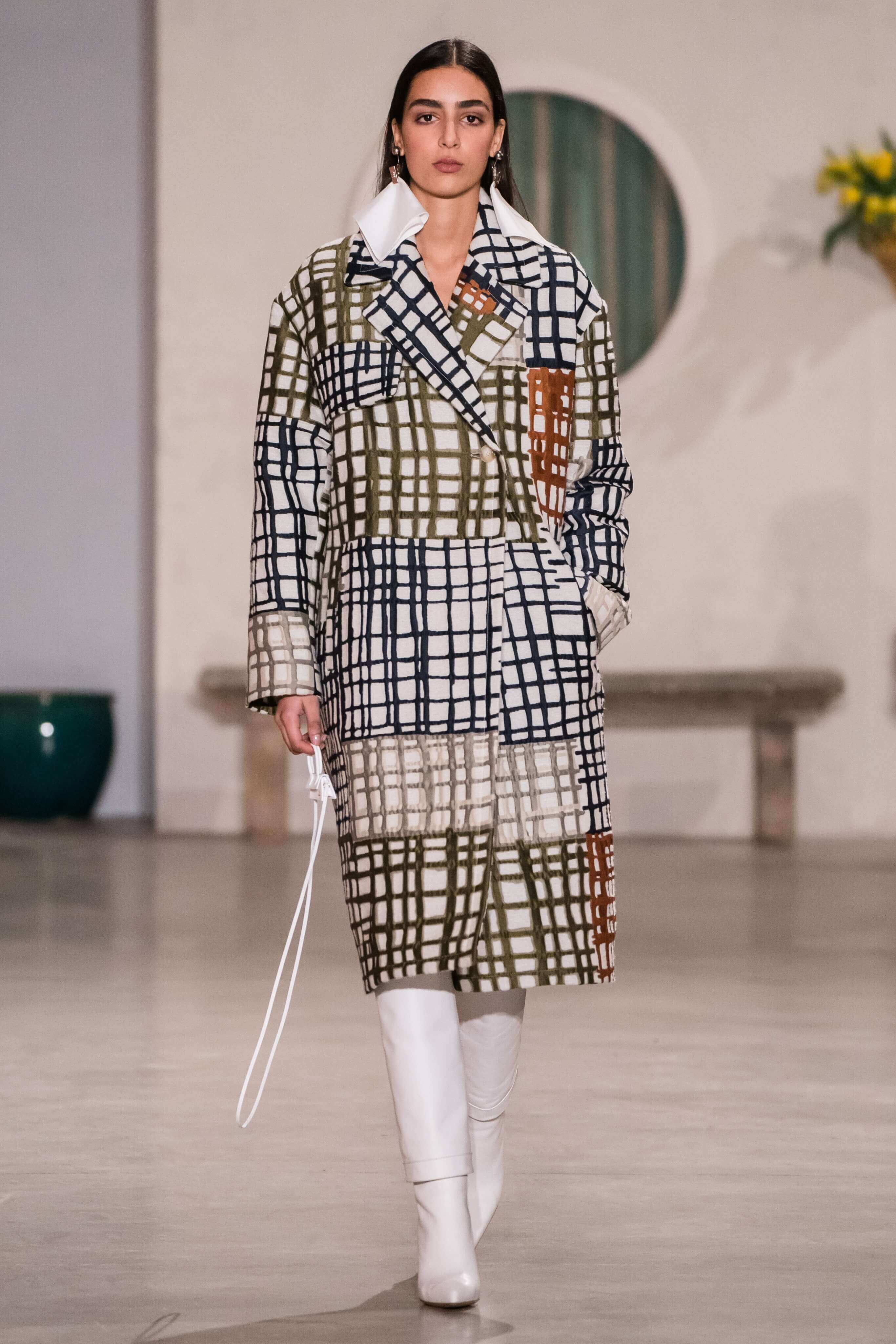 A large cast of artists were commissioned to paint this collection based on a series of references such as the engravings of the ceramist Jean Lurçat, through black flowers on a yellow background. Similarly, they generated prints inspired by Hockney or Matisse using two methodologies: techniques with the ipad and experimentation.

An example of this link between Jacquemus and art can be seen -also- through Jacquemus’ campaign SS19, expressed through Chloe Wise‘s painting. The connection with the artist came about when it was realized that Wise’s paintings were inspired by the French Riviera, as was the designer’s collection. So Simon decided to collaborate with her to visually bring to life his 2019 spring-summer campaign: an artistic story that reflects the Jacquemus universe from beginning to end. The summer of our dreams became a hyper-realistic painting. 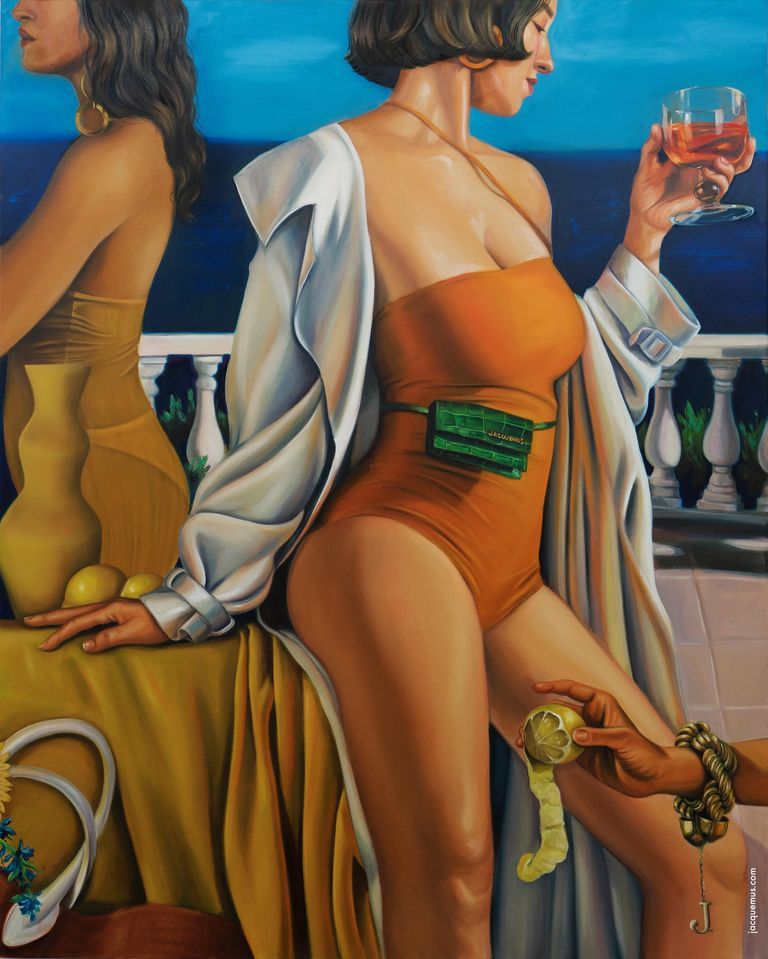 But without a doubt, one of the most impressive shows of the high-fashion brand was ‘Le Coup de Soleil’, the spring-summer 2020 collection with which it celebrated 10 years of making fashion history. The French designer chose a dreamlike background: the lavender fields of Valensole. Both the installation and the collection were once again inspired by the work of David Hockney or Jeanne-Claude Monet.

In it, 35 different prints were dressed in different floral interpretations of Monet, Lurçat’s engravings and Hockney’s strokes. That whole universe of prints was perfectly balanced with a line of colour, tie-dye, volumes and superpositions. 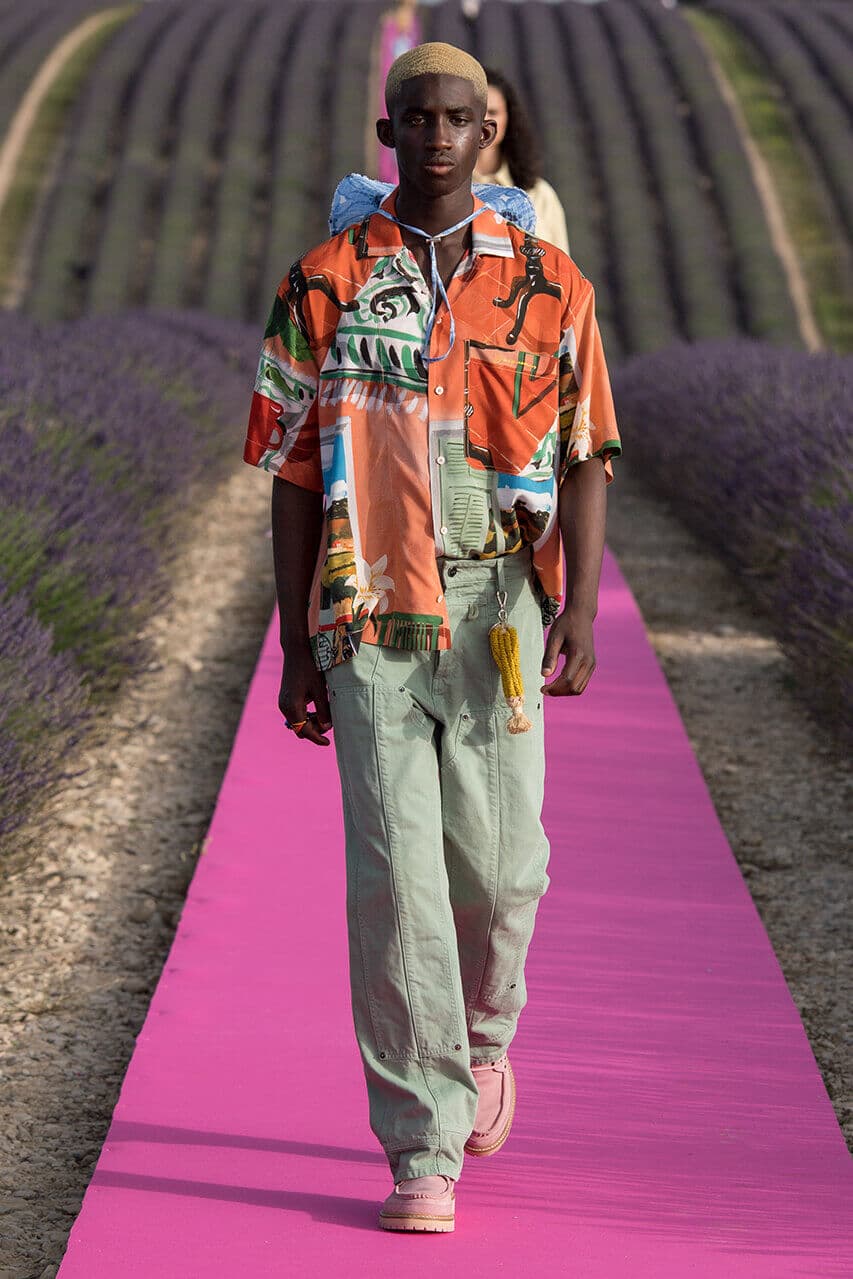 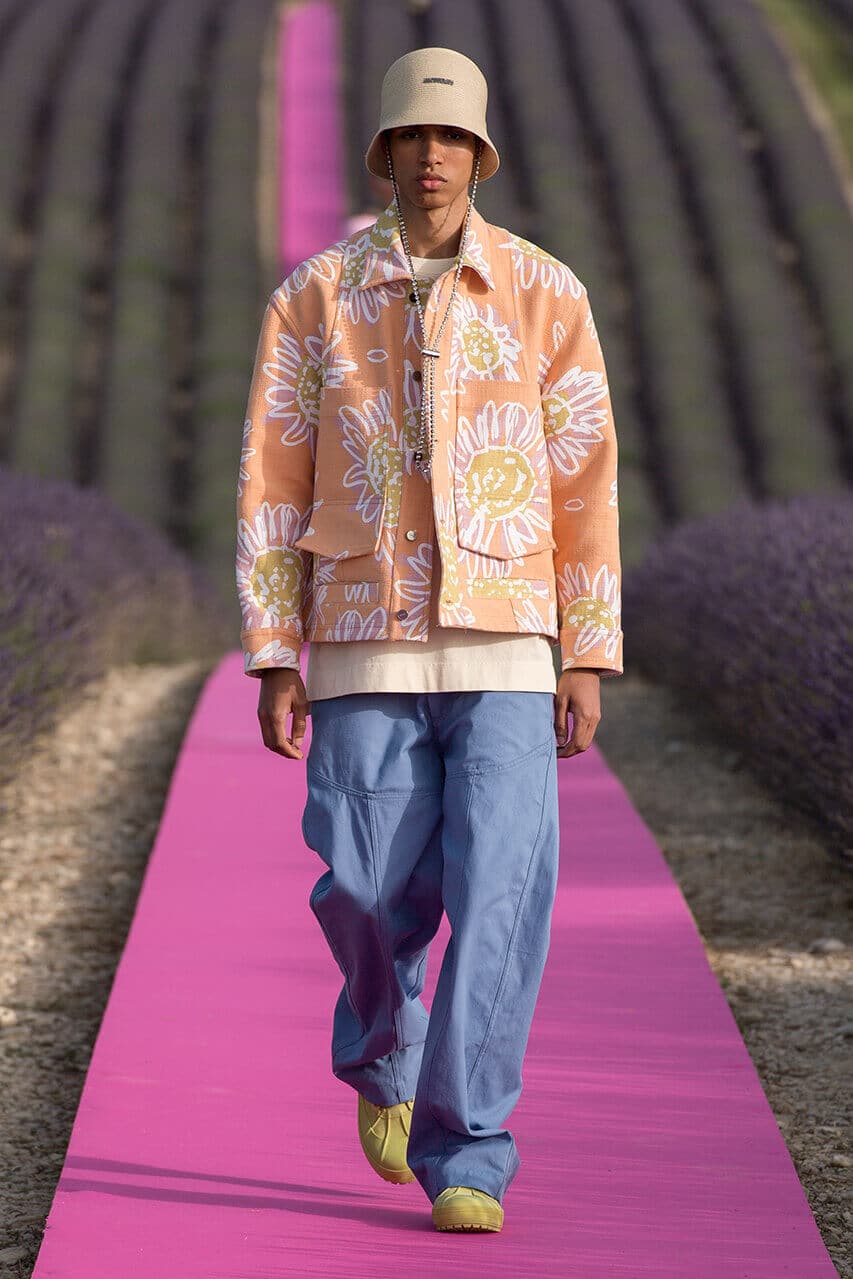 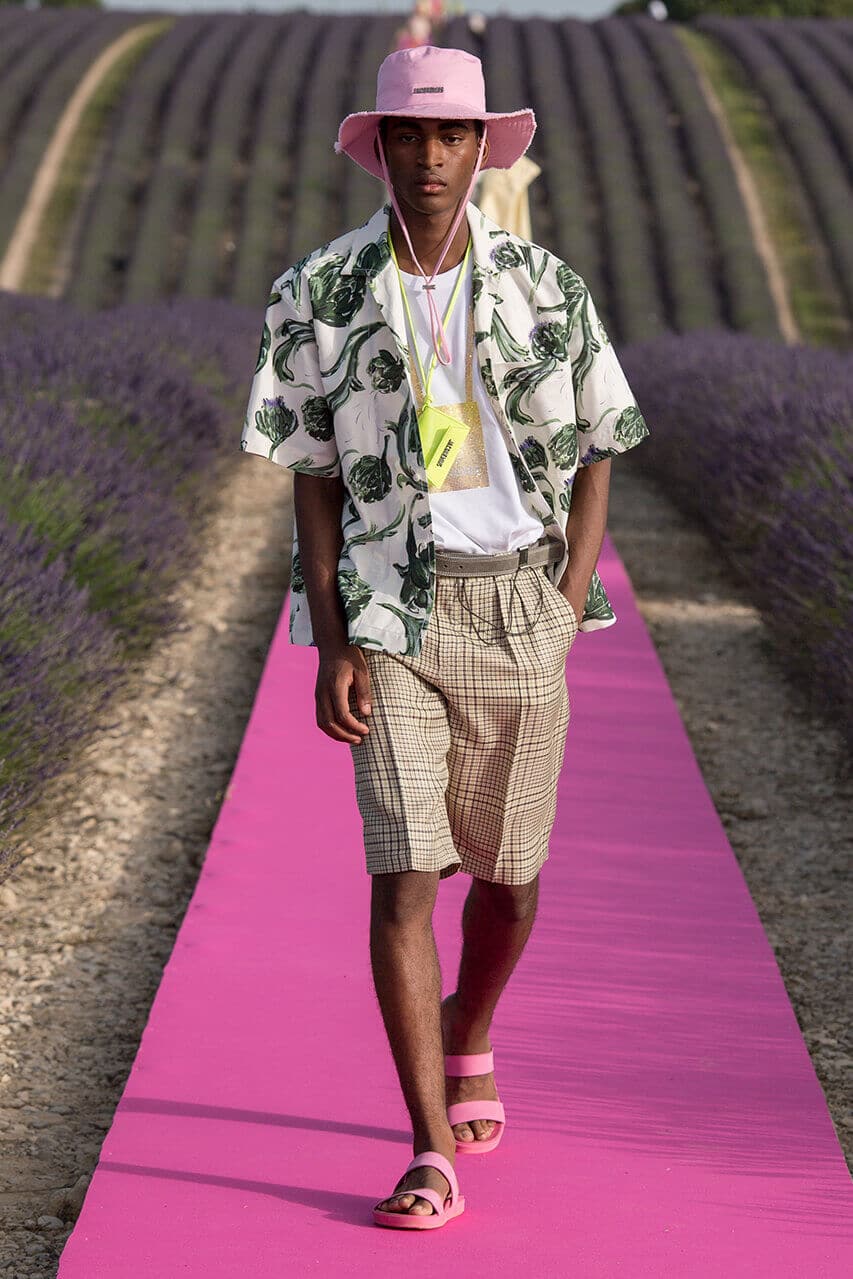 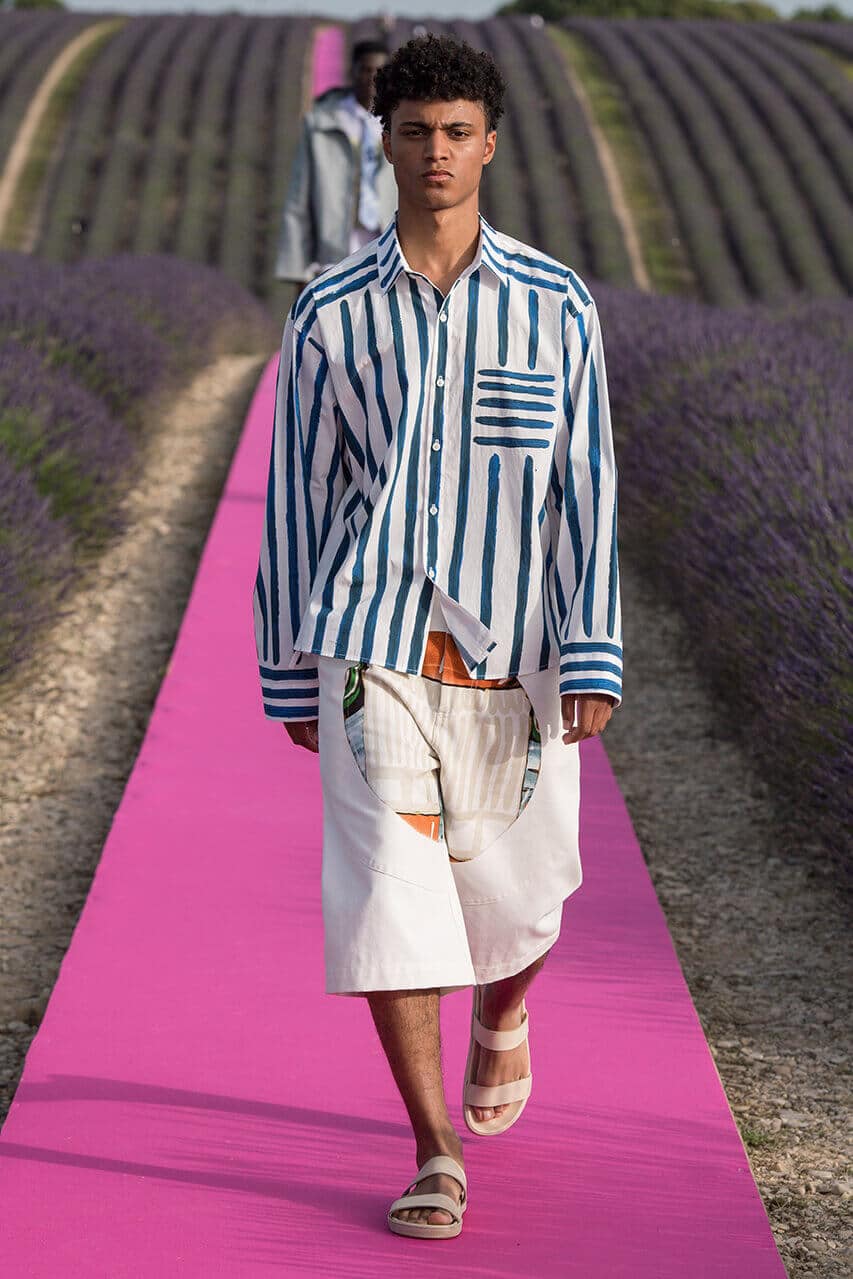 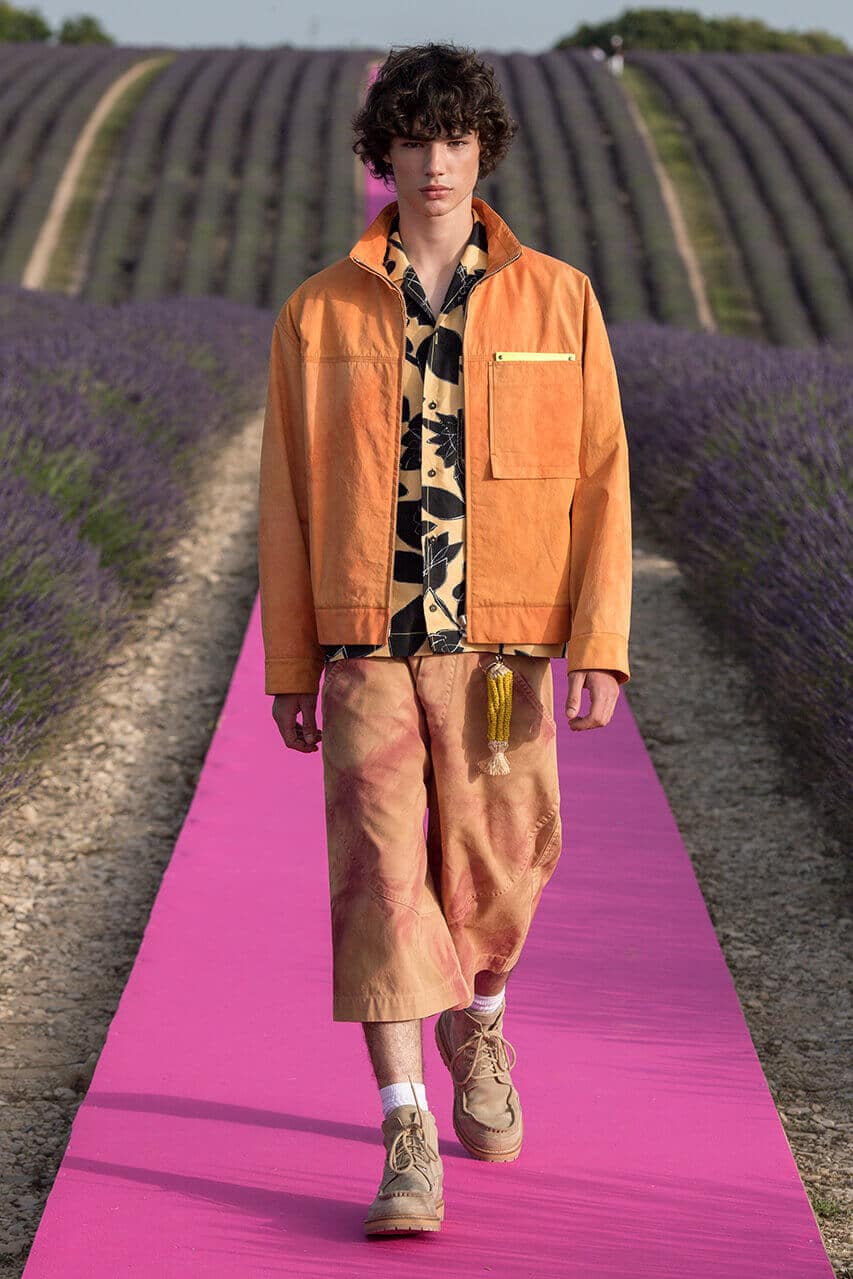 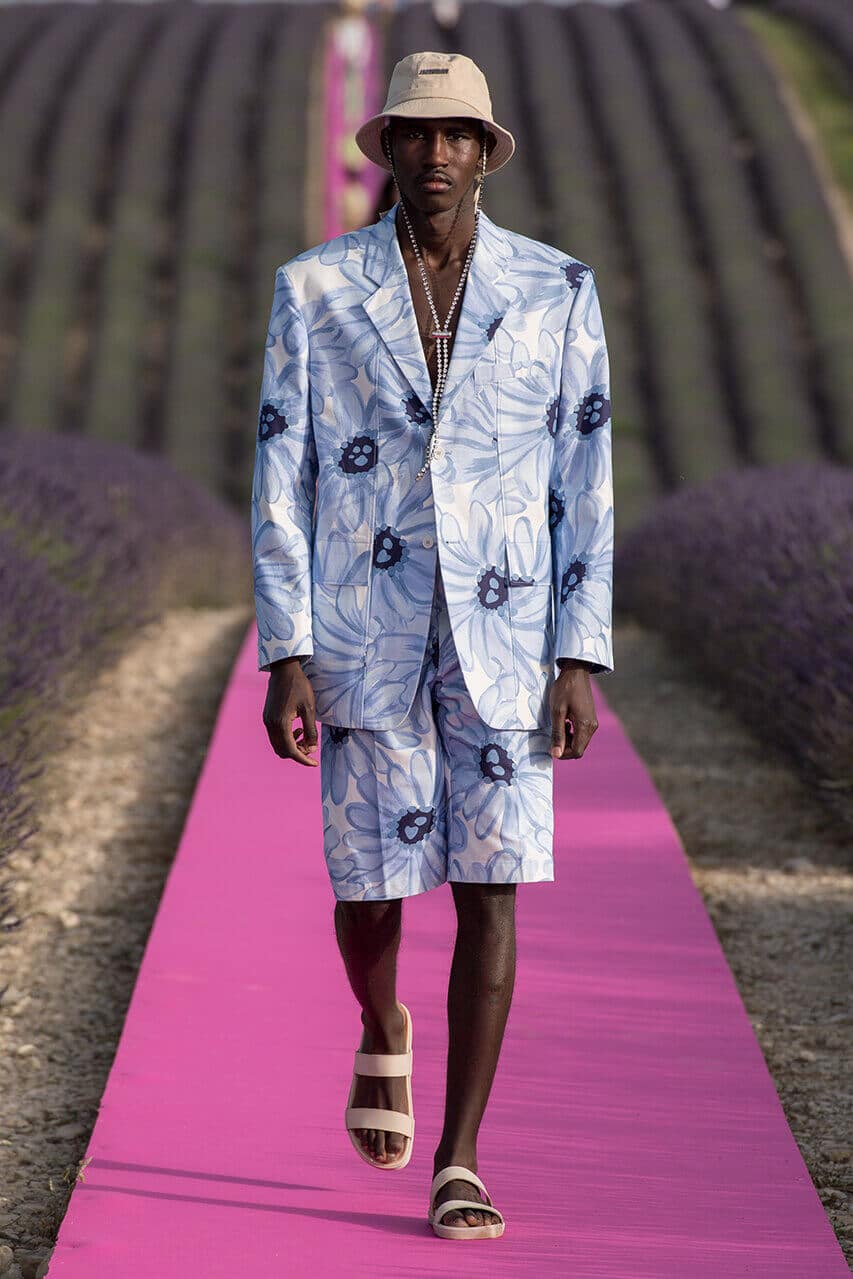 Thus we see how Jacquemus becomes an infinite summer dream in which to watch the films directed by the designer; those in which he reflects his artistic obsessions and expresses the freedom of genre through fashion. Jacquemus FOREVER.