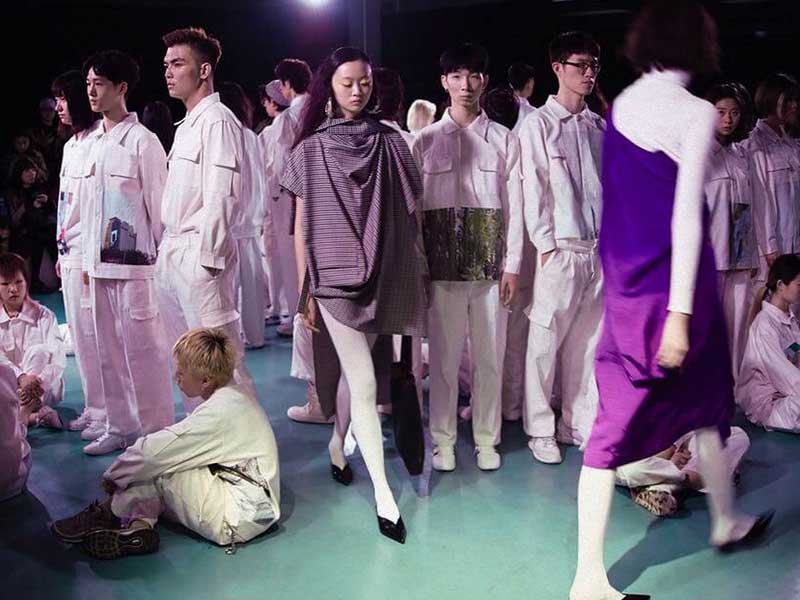 Is Shanghai the new Paris?

This giant was asleep, but not anymore. Fashion is already a major thing in Chinese and Shanghainese culture due to the trade liberalization and the evolution of a very conservative country restricted by communist beliefs. Western influence is growing fast in the most populated nation in the world so, what’s coming next? 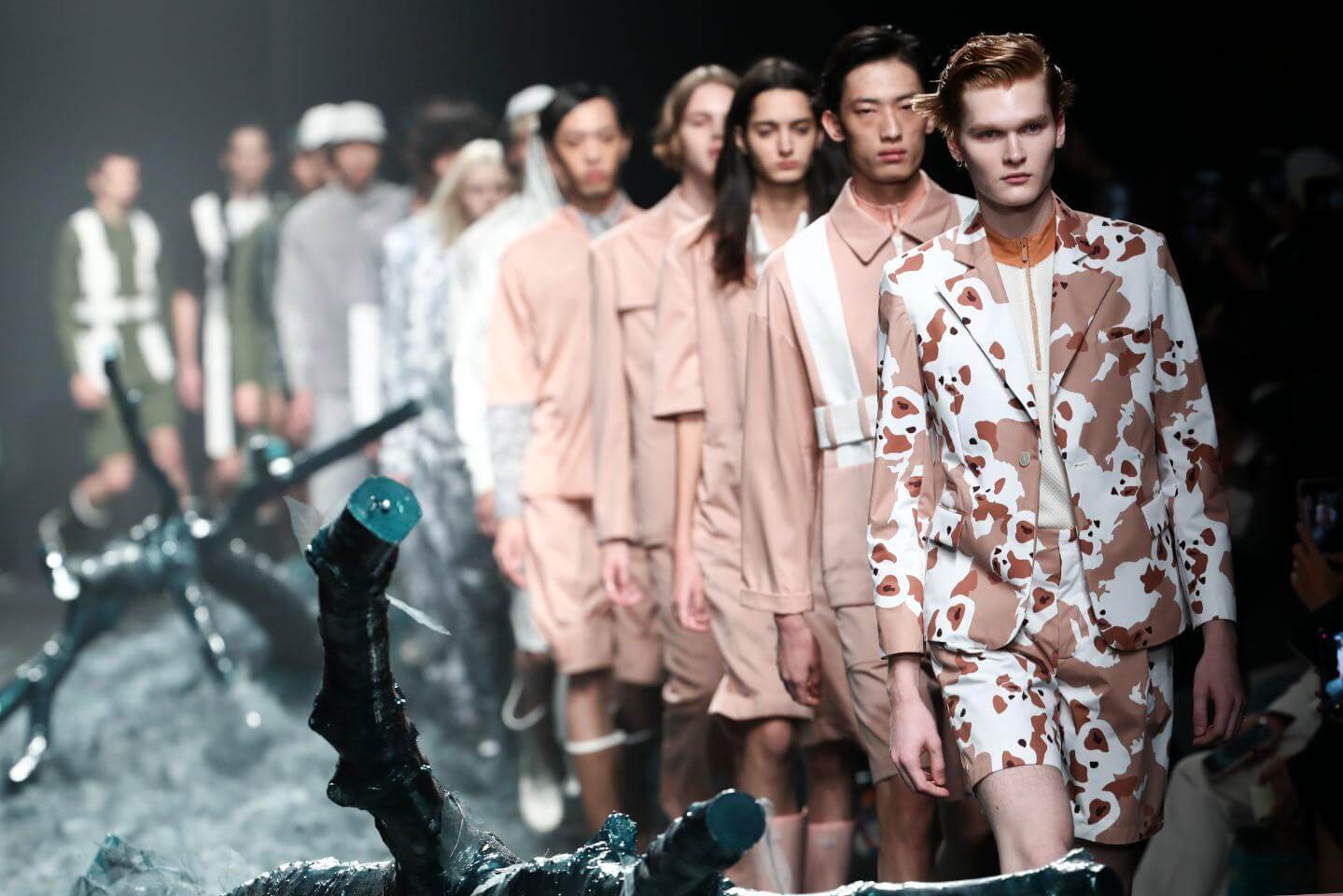 For many decades, one of the largest countries in the world and the one with almost 1/6 of the planet’s population lived in the darkness, in a society where it was forbidden even to disagree politically with the system, where communism developed his foundations like in no other place and where leaving the country wasn’t possible at all. This situation undermined any creative expression for a long time. Luckily times has changed and Shanghai, and China in general, has seen an enormous evolution, becoming the number one target for anyone in the world trying to sell anything internationally.

The fashion industry is no strange to this new panorama and is focusing in the Asian giant and its growing interest in European designers in the last decade. This new wide-open vision of the world has also benefited Chinese younger generations of studying abroad, gaining professional experience in major Western companies and bringing all that back to their birthplace. This mindset of preserving the country’s growth and acquiring the most talented minds in every field has resulted in the number of billionaires in China is bigger every year. The more rich people a country has, the more attractive to the rest of the world it would be. Ask Chanel, Prada or Louis Vuitton… 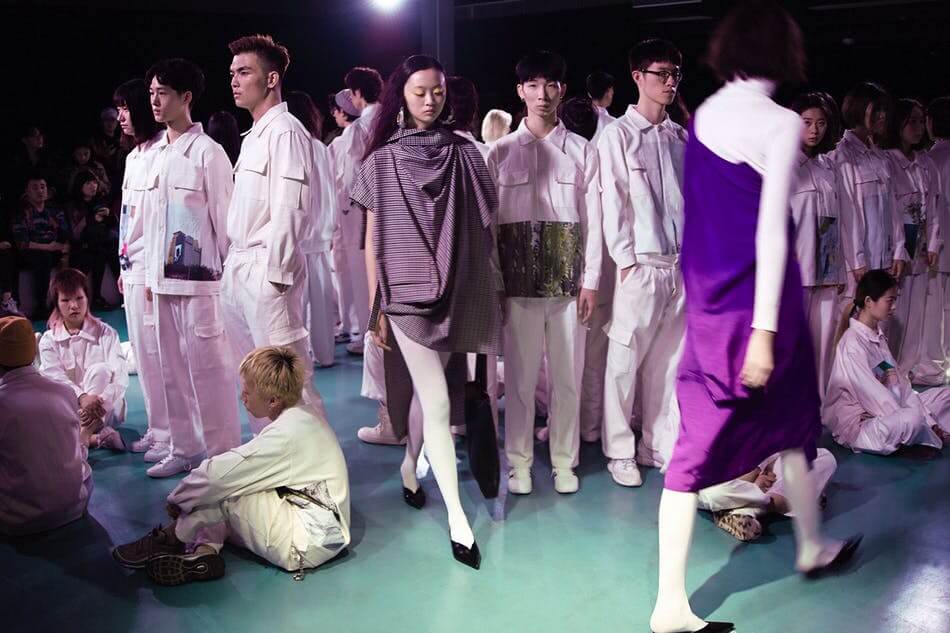 Is pretty common to see these days Chinese models in every major Fashion Week, designers from China are spreading all over the globe and showing their creations in NY, London or Shanghai and the biggest fashionistas are starting to include some of these names in their firm’s rotation. But it’s not only haute couture and high fashion. Besides designers like Guo Pei or Ximon Lee, there’s also a significant impact on streetwear and the sneaker game thanks to brands like the founded by former olympic athlete Li-Ning or Shenzhen-based ROARINGWILD. Their impact in urban culture is going beyond their borders, adding freshness, well executed designs and unseen palettes of ideas to the thousands ones from Europe or the States. 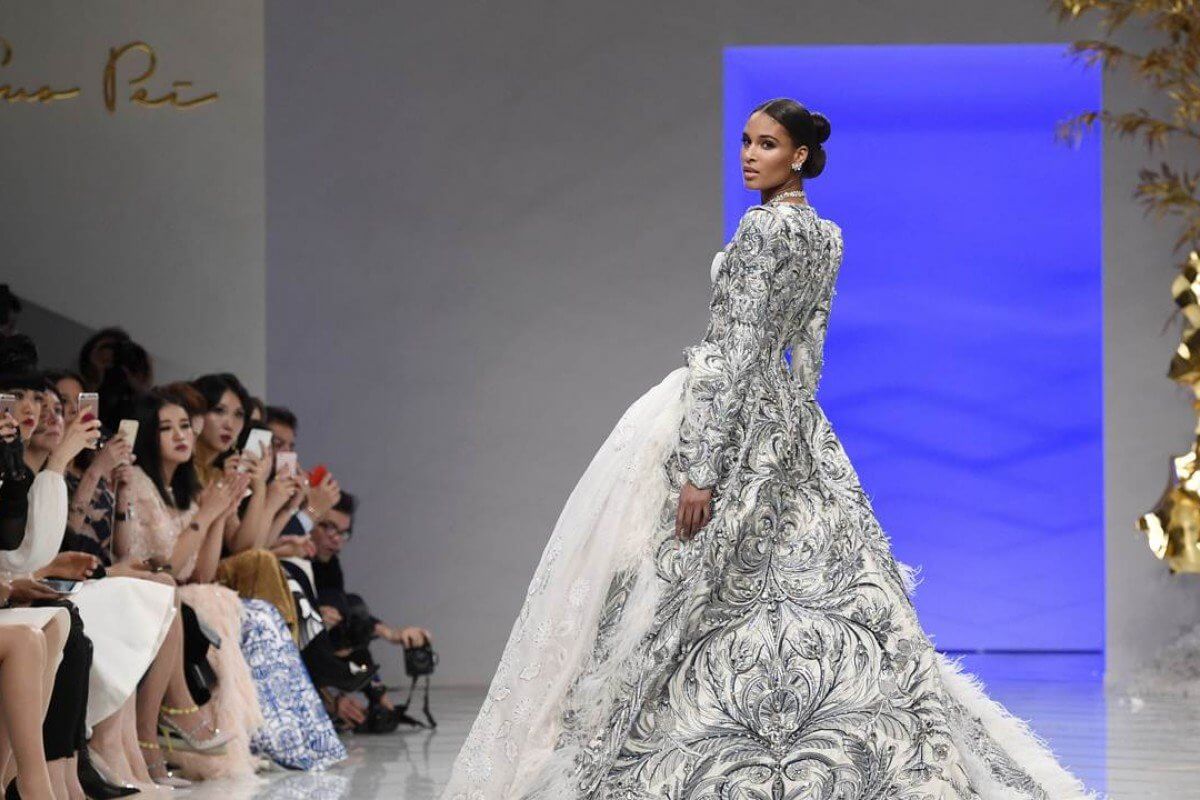 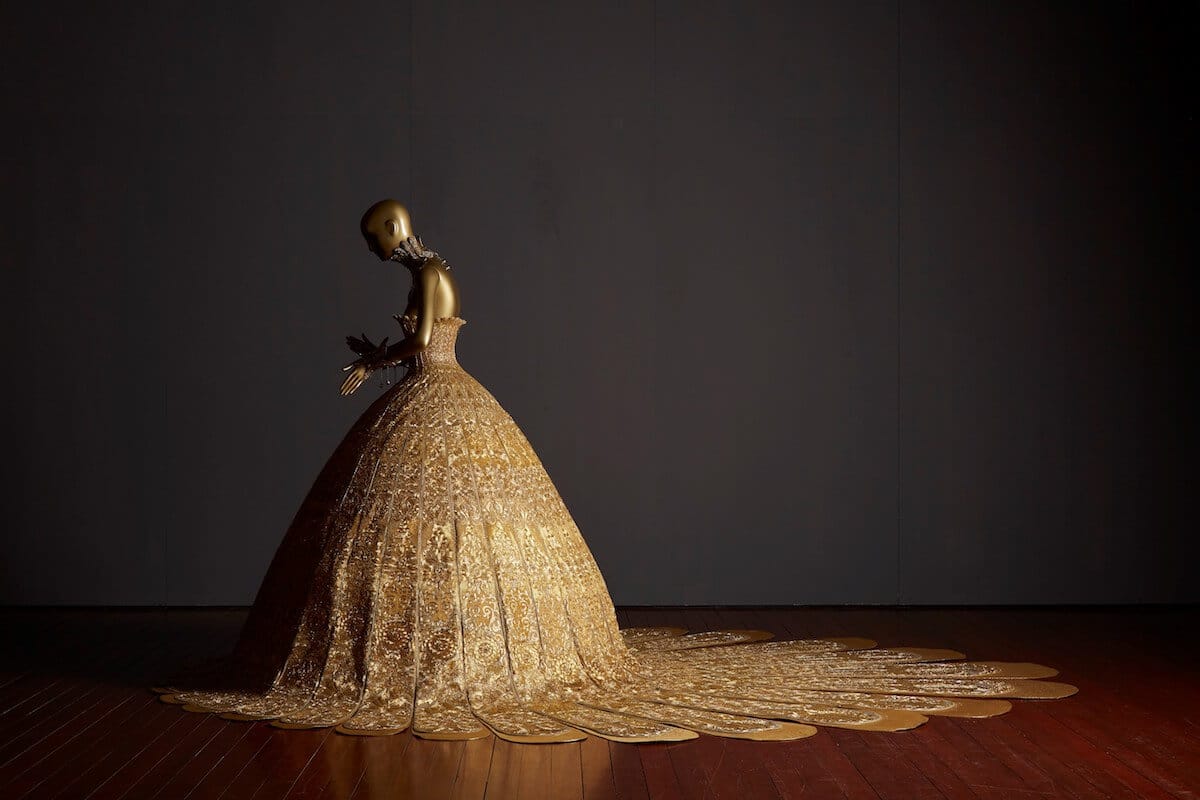 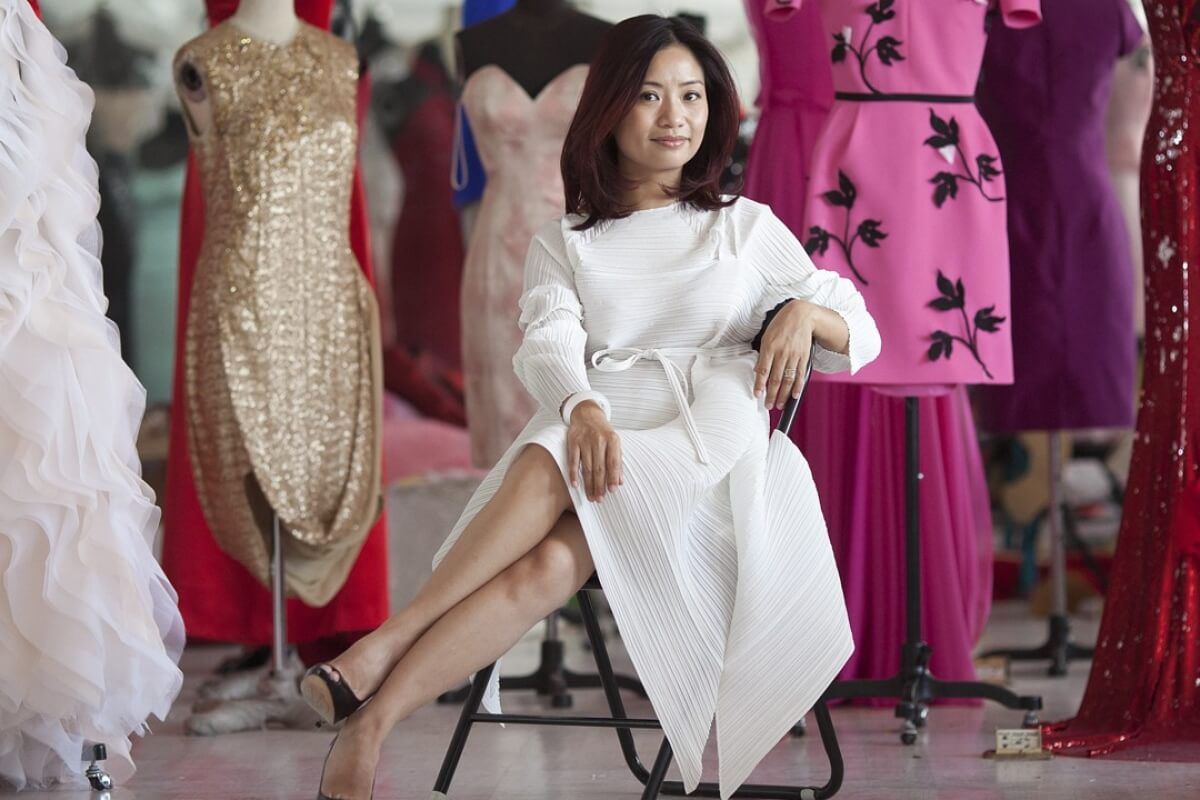 This whole movement from China and Shanghai to the world is having a strong repercussion on how the biggest firms in the game are developing their new expansion policies. A “from-the-world-to-China-and-Shanghai” paradigma has  provoked that this important Asian region is now a circled in red date in the fashion calendar and a key spot to promote your company if you want to stay in the map.

Back in 2015, one of the most relevant and exclusive fashion and culture events in the planet took China as main theme. MET Gala celebrated his emblematic night under the “China: Through the looking glass” title. That meant that all those invited by Anna Wintour had to dress according to the traditional Chinese costumes and respecting their ancestral culture in their garments. Yes, that was the day Rihanna wore the stunning yellow dress by Guo Pei that became a meme factory. 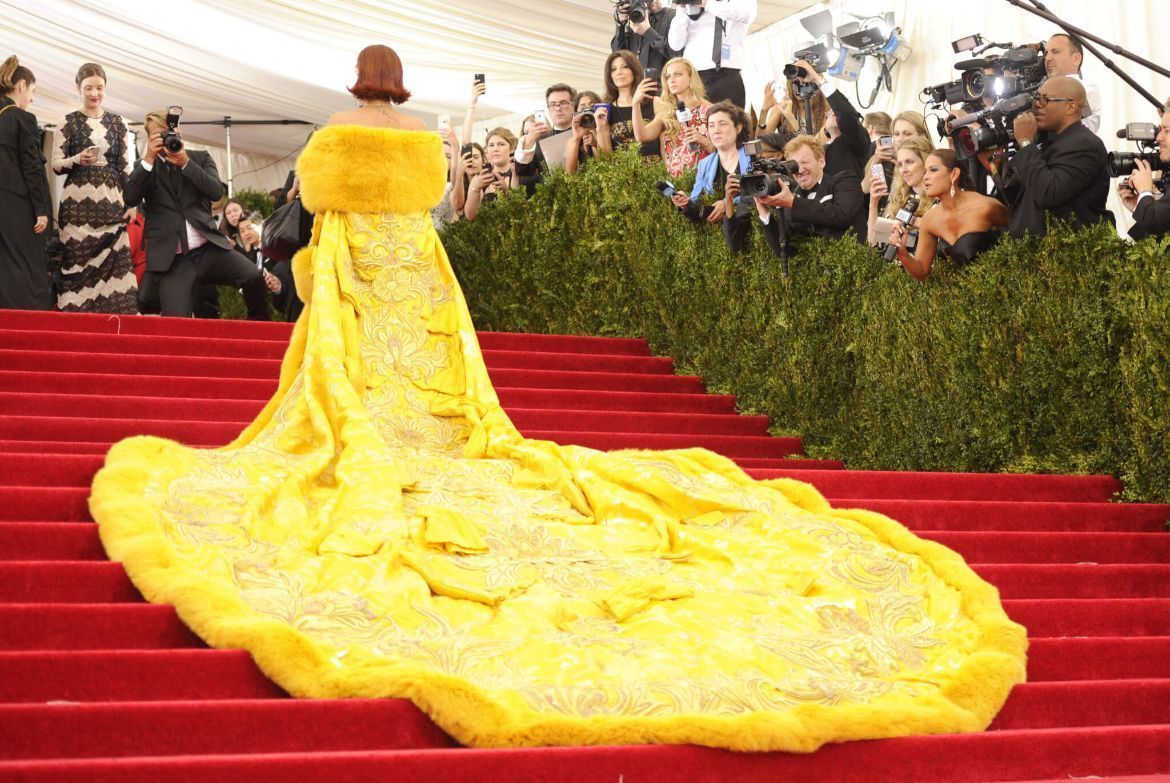 “The new Shanghai-style fashion is not limited to fashion in Shanghai – it also includes the surrounding areas that have embraced the values of Shanghai fashion, which are inclusiveness, openness, commercialism and innovation,” said Liu Xiaogang, professor from Donghua University’s school of art and design.

Shanghai has become the main stage for an industry that started by the Yangtze River back in the 1840s. The arrival of foreigners from all over the globe made this city a merge of cultures and aesthetics that helped shape the Shanghainese identity in fashion, being one step ahead of the other Chinese regions. Western clothes gain popularity and even the most eccentric proposals had its place in this wealthy spot in China. The traditional Zhongshan suits never disappeared while trends conquered Shanghai through the years. The inclusive, openminded and innovation precepts of their culture quickly made them a strong commercial spot, not only for fashion but for any industry willing to do business. 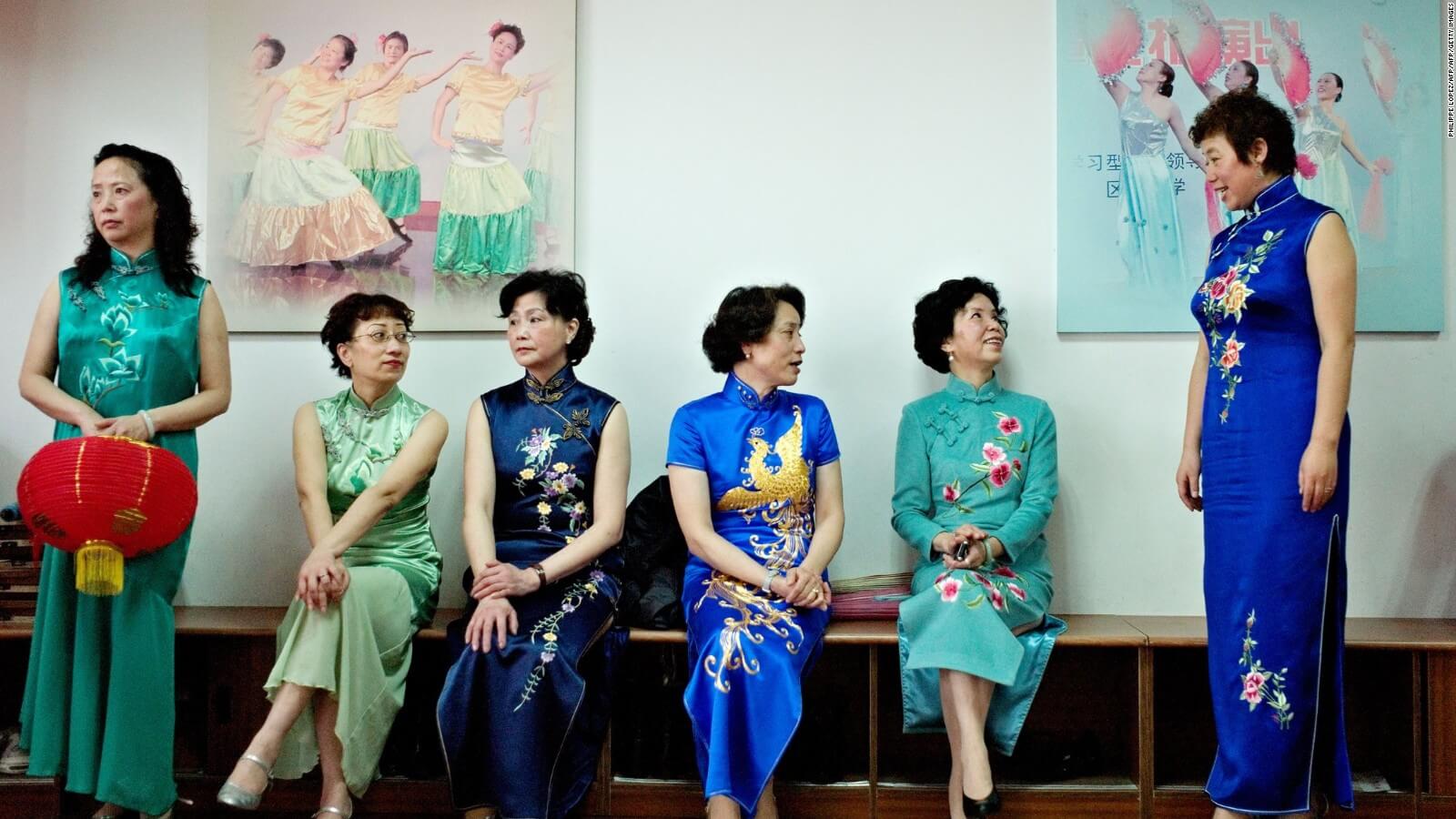 1995 was the year Shanghai celebrated their first International Fashion Culture Festival that featured competitions, exhibitions and forums around the fast growing fashion scene. 2020 will be their 25th Anniversary. From 2001, Shanghai started its own Fashion Week, becoming through the years a “must-watch” spot. What’s curious is that 18 years after its installment, they still remain almost the same it was in their early years. In a so advanced community ,techwise, there’s no explanation for it, even more when they’re trying to surpass the European FWs. If someone has all the necessary to lead the change of the format, that’s Shanghai.

As long as China remains the main commercial focus, brands have to raise the awareness about their culture and traditions, as well as get involved with the country as they are doing lately, holding runways and presentations around the Asian giant. Dolce&Gabanna – and it’s not the first time – suffered the consequences of their lack of empathy with this millenary civilization when they made fun of their use of chopsticks applying them to eat pizza. A series of videos ridiculing the Chinese community end up with a bunch of boicots to their stores in this country and a to a last-minute cancellation of their show in Shanghai due to the enormous social media pressure. Chinese celebs expressed their anger publicly and the Italian house’s sales in that country dropped dramatically. Domenico was caught saying that China was a “shitty country” too, so their history of disrespecting this community isn’t new. Don’t bite the hand that feeds you…

Shanghai is still defining itself and the identity they want to bring to the fashion industry, but their impact is a reality and we are awaiting their settlement in the scene.

A stealth change: why you can’t read anymore
Philipp Plein sued. It doesn’t matter when you read this
If you don’t wiggle, don’t call
We talk w/ Alice & js from @jaimetoutcheztoi
Dior and Scharf’s surrealism together in 2021
Bad Bunny kills it with “El último tour del mundo”
The sound of the future
99% off in Prada Japanese webstore
The lucrative T-shirt business
Philipp Plein loses his lawsuit against Ferrari
Nicolas Ghesquière reinvents Louis Vuitton
Raf & Miuccia: This year’s most awaited debut