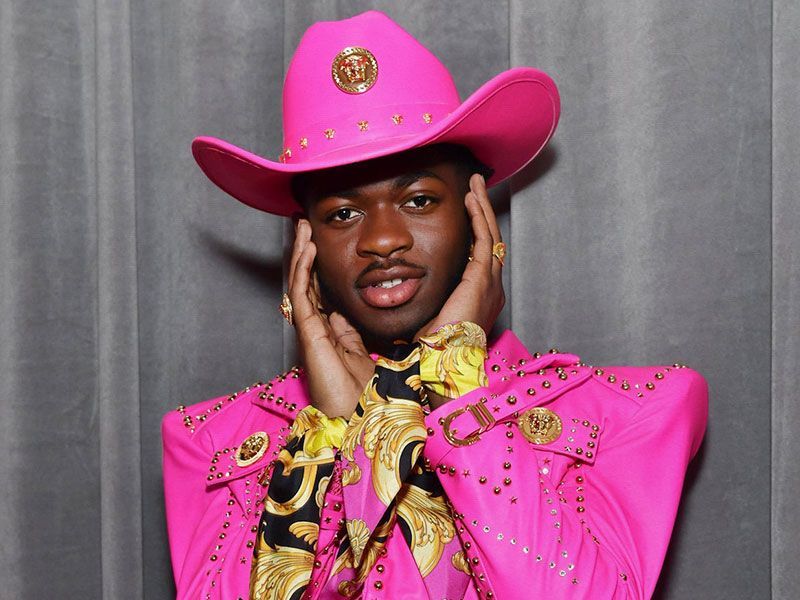 An awards gala always results in an interesting red carpet. Before the start of the Grammy 2020, the nominees, artists and well-known characters paraded in front of the cameras with their best looks. This year the red carpet leaves a variety of styles for all tastes. In addition, there was also a space for vindication. 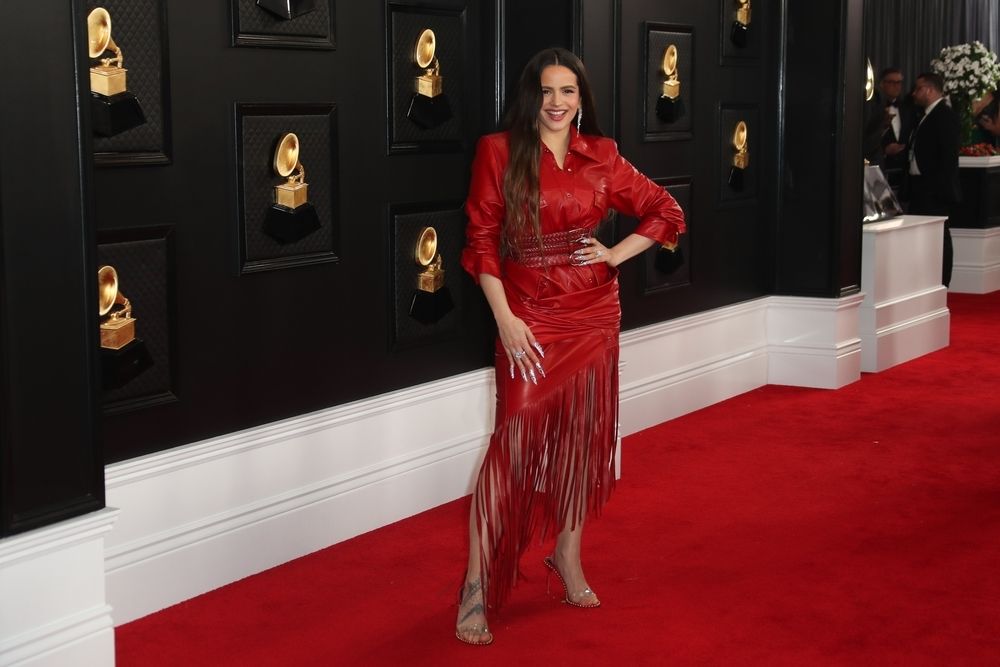 Every year that passes the rules of etiquette are eroded, giving way to greater freedom in the choice of personnel. Far from it, we can already see women wearing long dresses and high heels. The classic tuxedo is reinvented to give more opportunity and originality to the male figure. This type of event makes it very clear that fashion no longer talks about gender.

It is necessary to highlight Billy Porter’s look (@theebillyporter). The actor from the hit series Pose, left no one indifferent with his bright blue turquoise fitted jumpsuit and matching jacket. The bottom of his pants was full of silver fringes. The high-heeled boots shone with their rhinestone inlays. Although that wasn’t the most interesting thing of all. A hat, too, of the same turquoise shade was surrounded by silver rhinestone fringes that hid his face. By means of a mechanism the fringes moved to leave their personalized make up visible. 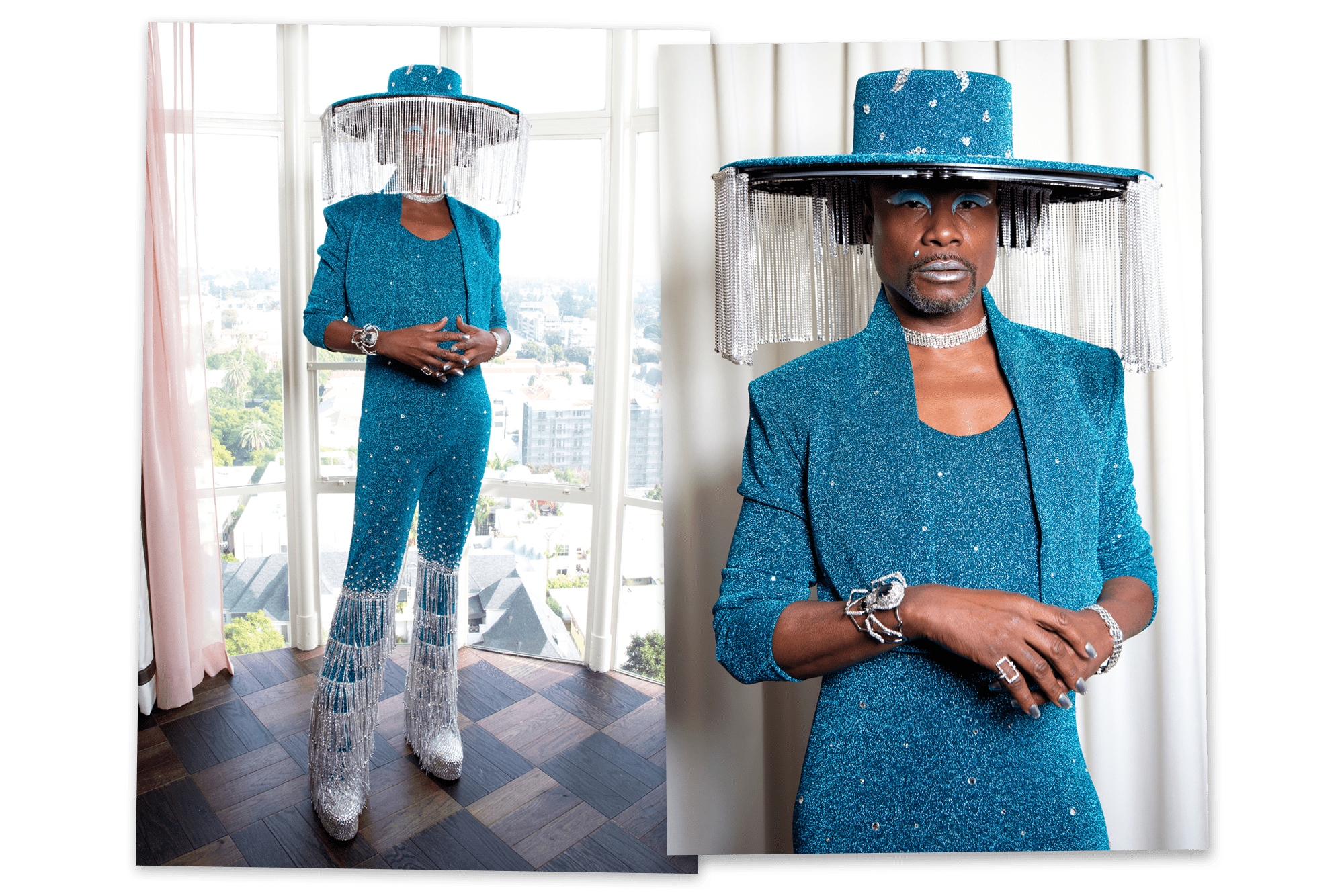 Of course, Rosalía has a special piece in this post. Our most international artist took the stage not only to splurge with her music but also to receive the Grammy for Best Latin Album with “El mal querer“. The singer gave thanks in English, Catalan and Spanish. She never forgets her roots. Rosalía (@rosalia.vt) wore three different dresses. On the red carpet she wore a red leather design by Alexander Wang. On the stage she wore a Mugler suit and to receive the prize, an asymmetrical jumpsuit in white tones. 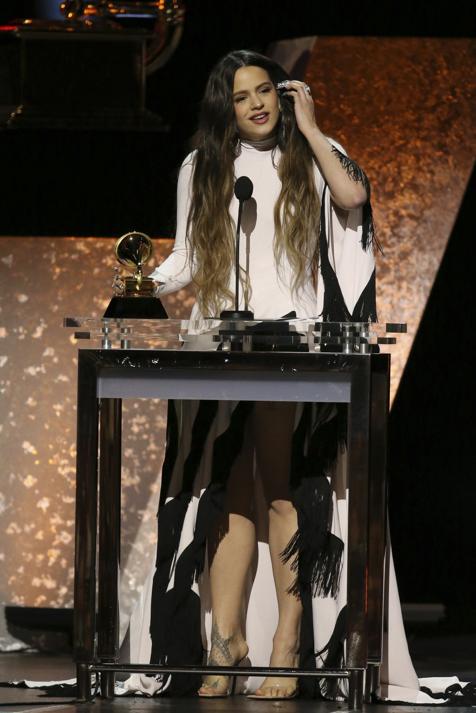 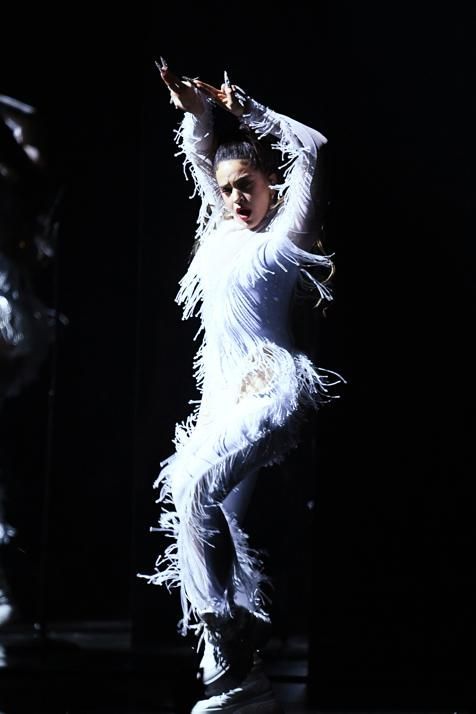 Billy Ellish (@billieeilish), one of the night’s big winners, dressed up in Gucci. This is not the first time the singer has worn Alessandro Michele‘s special designs. From the earrings to the nails, they had the GC signature. The Californian left the dress in the closet and decided to follow her own style with an oversized two-piece suit in black and bright green. Ellish wanted to walk on the red carpet in sneakers, also from the Italian firm. 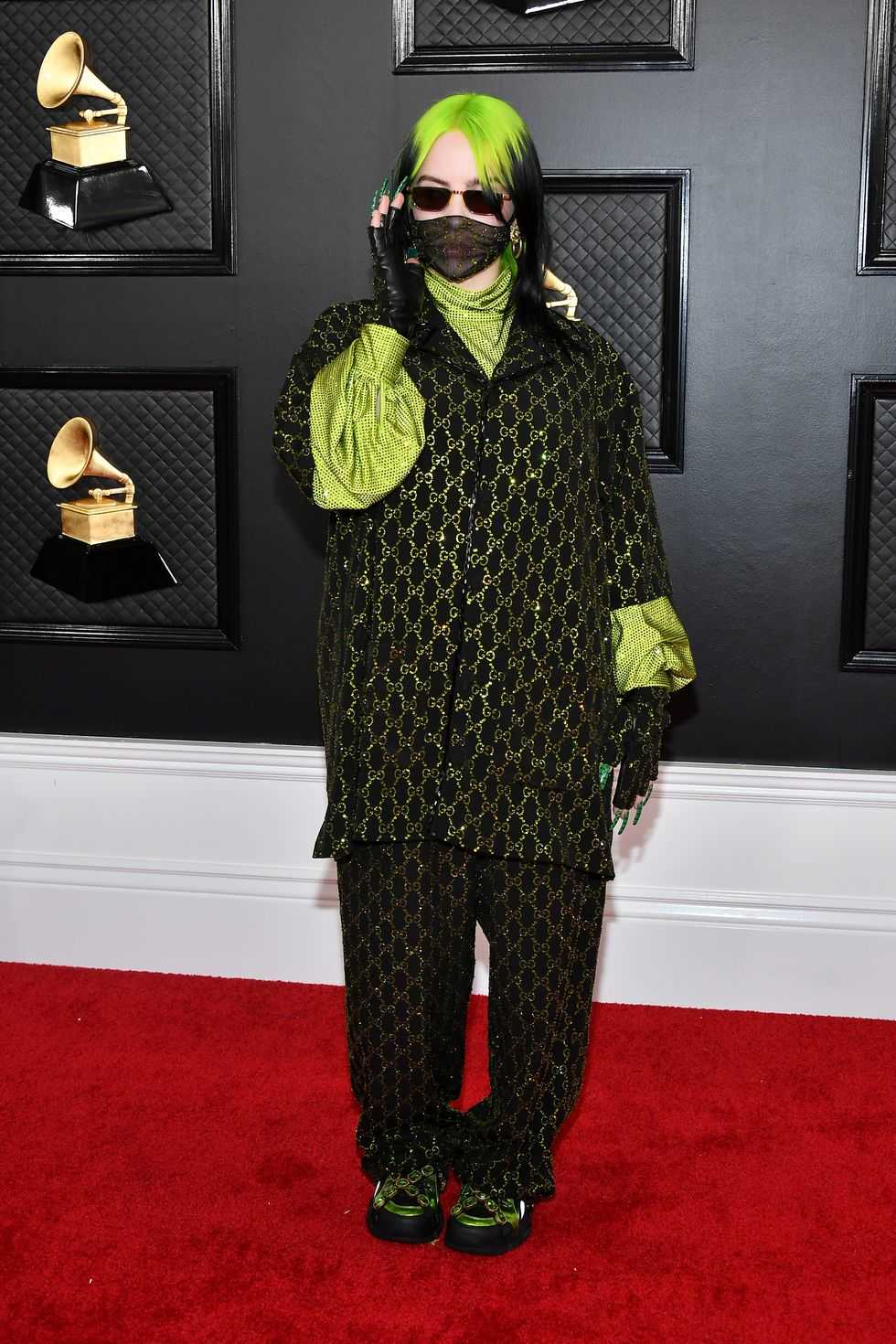 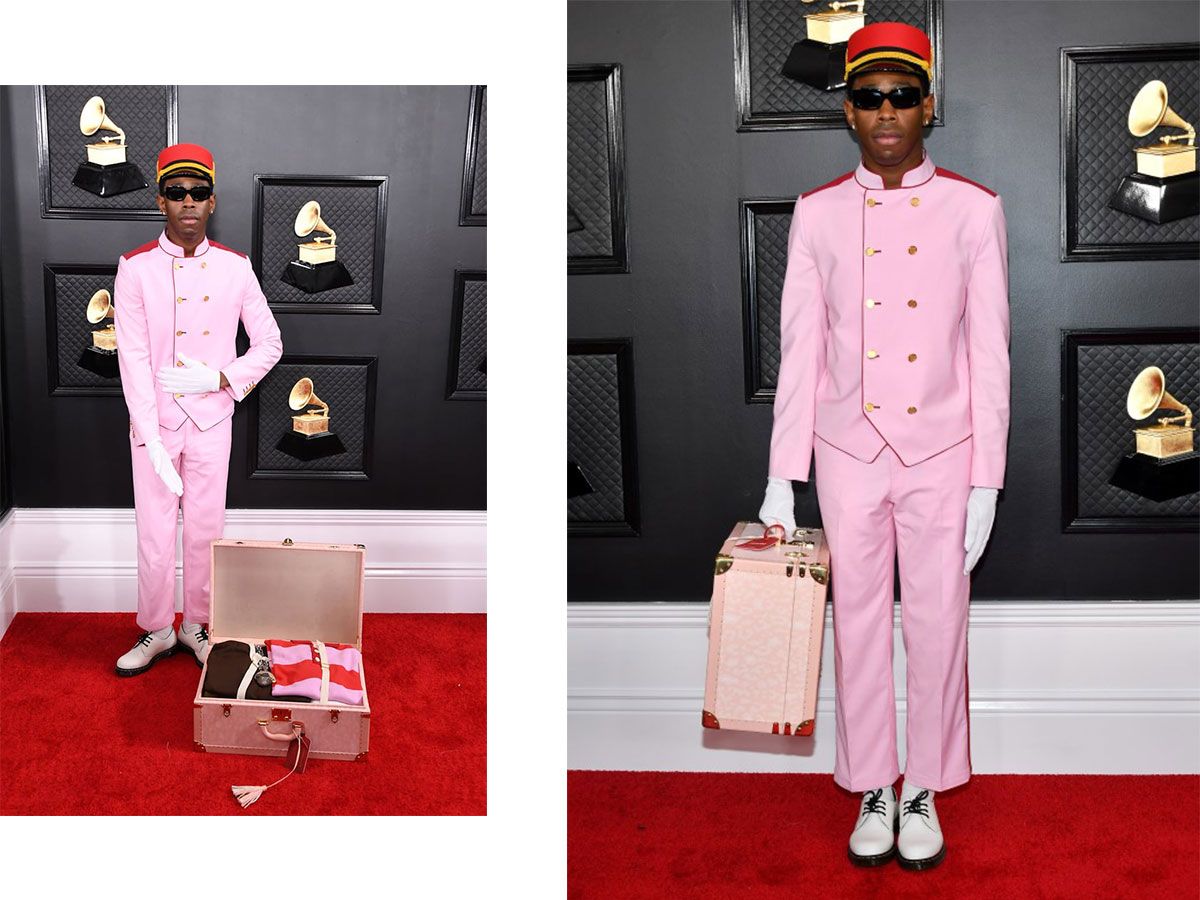 Tyler, the Creator looked like something out of Wes Anderson’s movie “The Grand Hotel Budapest”. Dressed in pastel pink buttons, he walked around the Staples Center with an army of clones. Lil Nasx wore a pink Versace cowboy suit. The top was reminiscent of the famous suit Gianni designed for his sister Donatella. The singer Lizzo also wore a beautiful white evening dress from the Italian house. Ariana Grande wore a grey chiffon dress by Giambattista Valli. 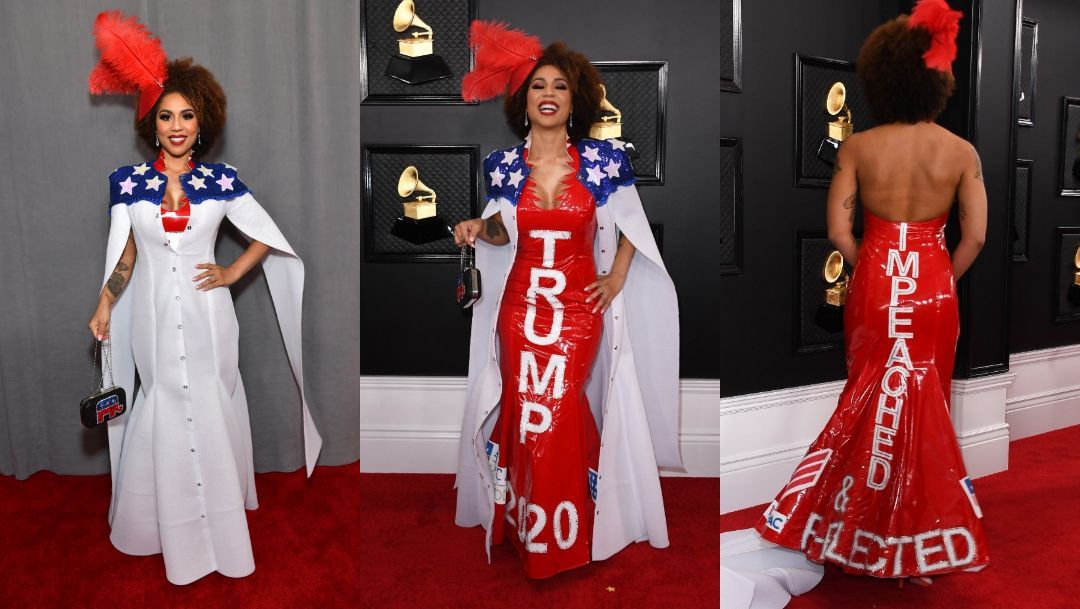 Trump was also present thanks to singer Joy Villa and her “American” dress. On the back, one could read Impeachment, the process in which the American president is immersed that could remove him from office for abuse of power. On the contrary, Rick Rebel wanted to send his support with a message written on his butt that looked out. Actress Megan Pormer called for an end to the Iranian war.

Here’s a gallery with more looks from Grammy night 2020. 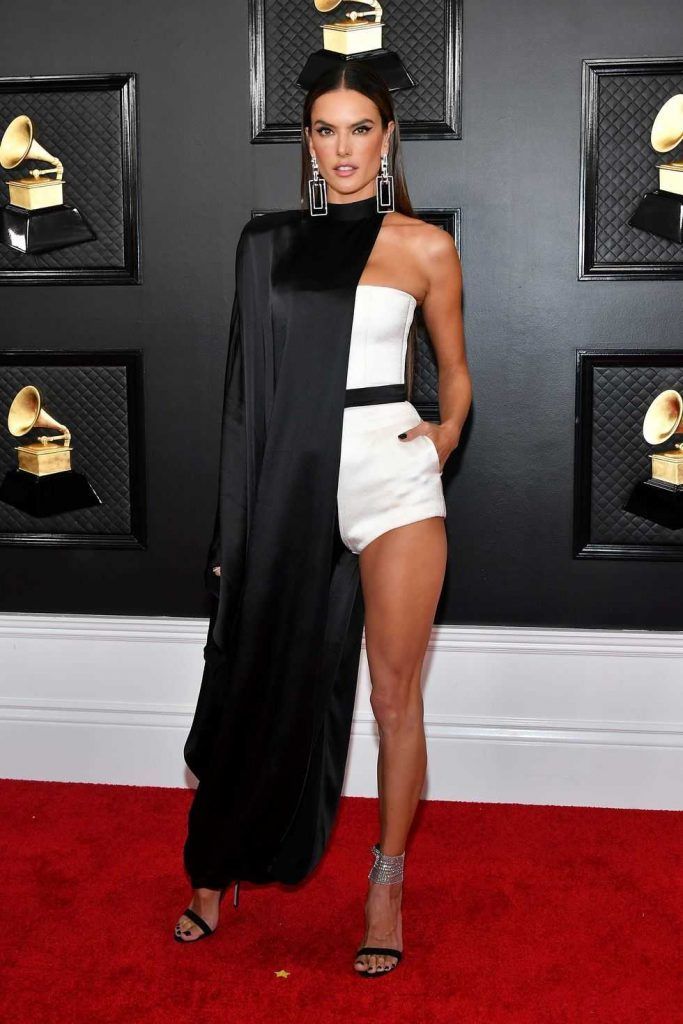 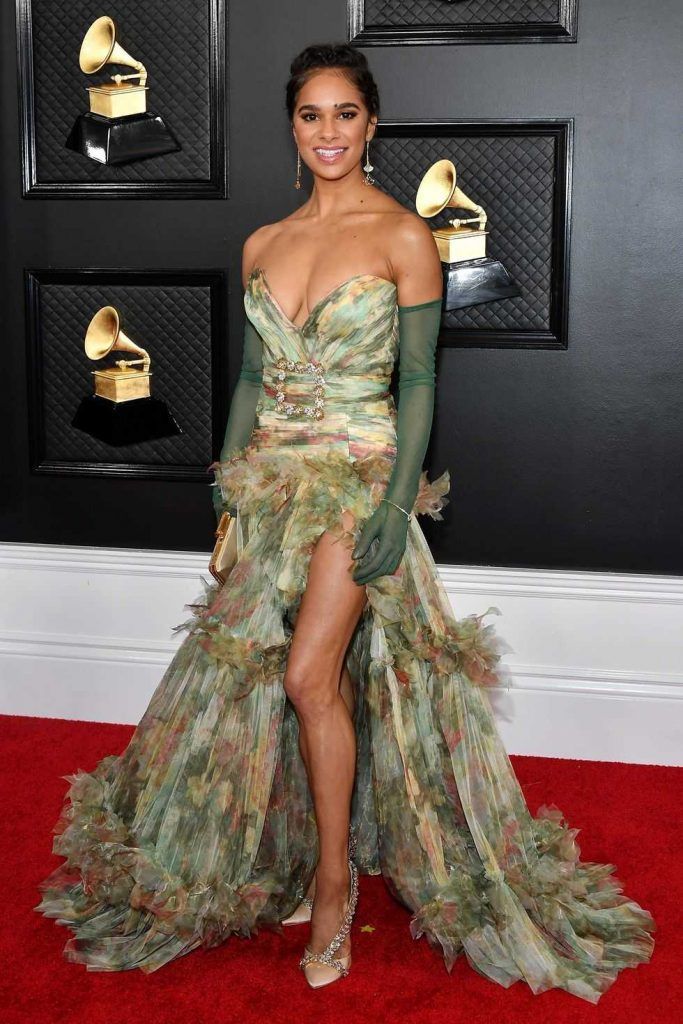 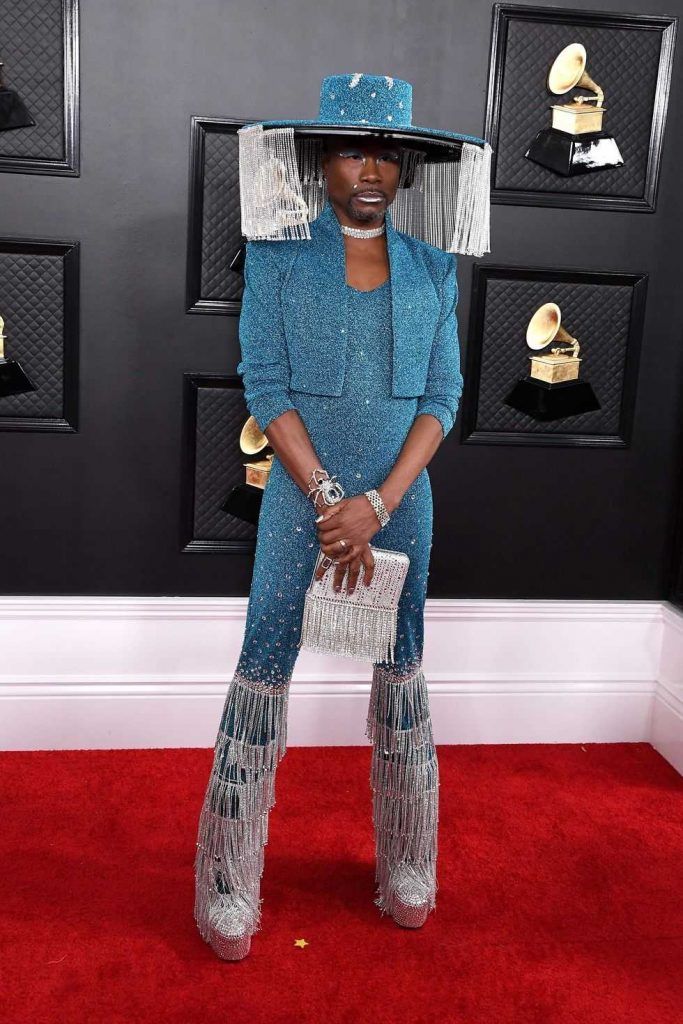 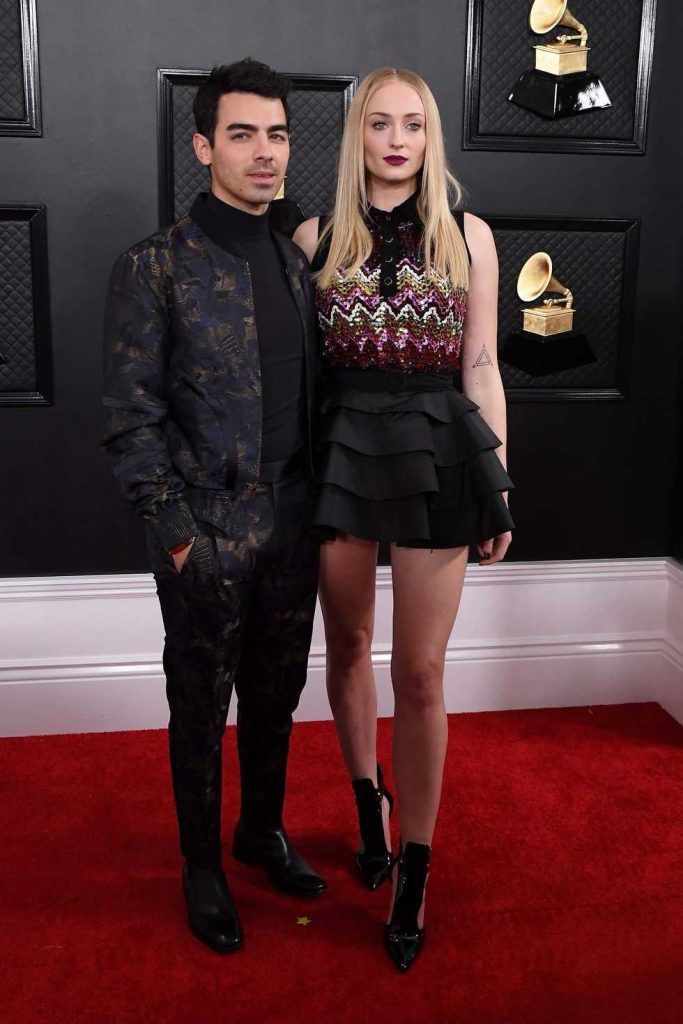 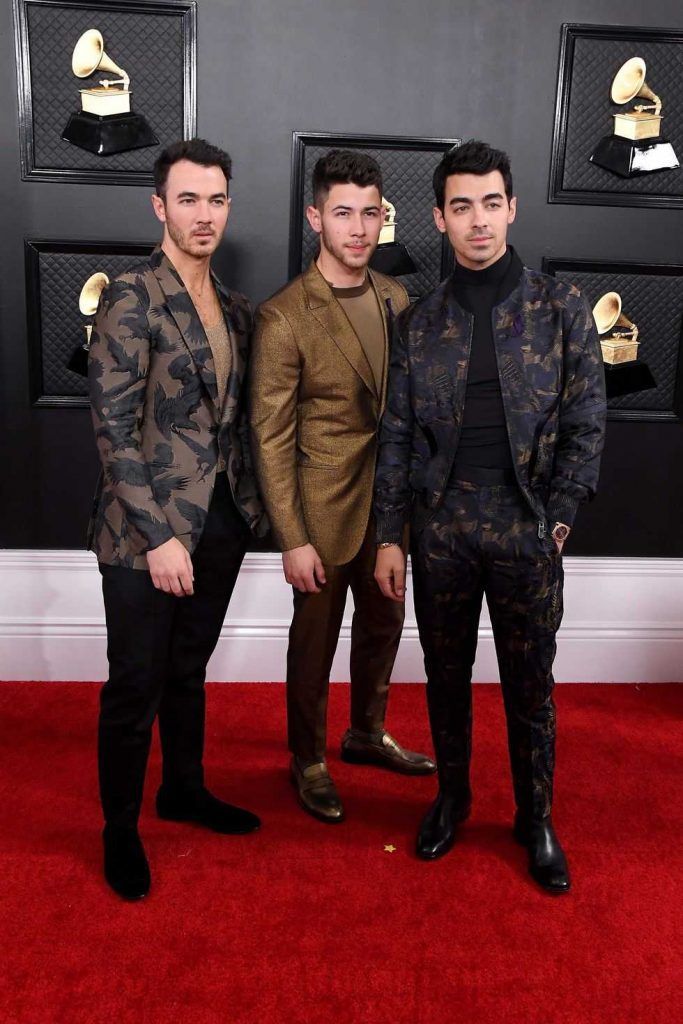 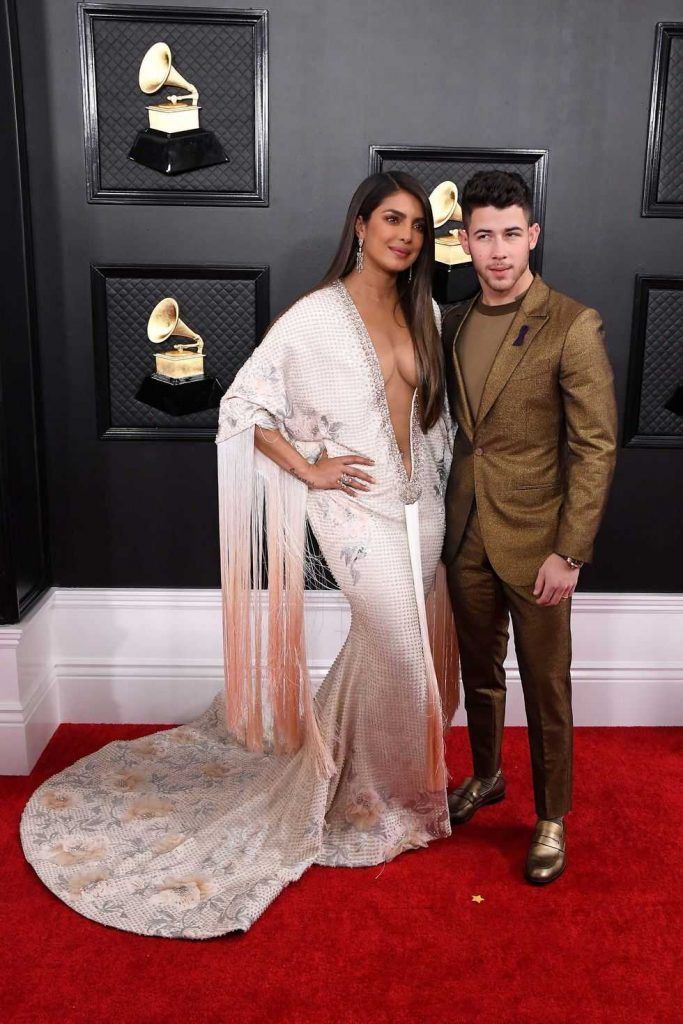 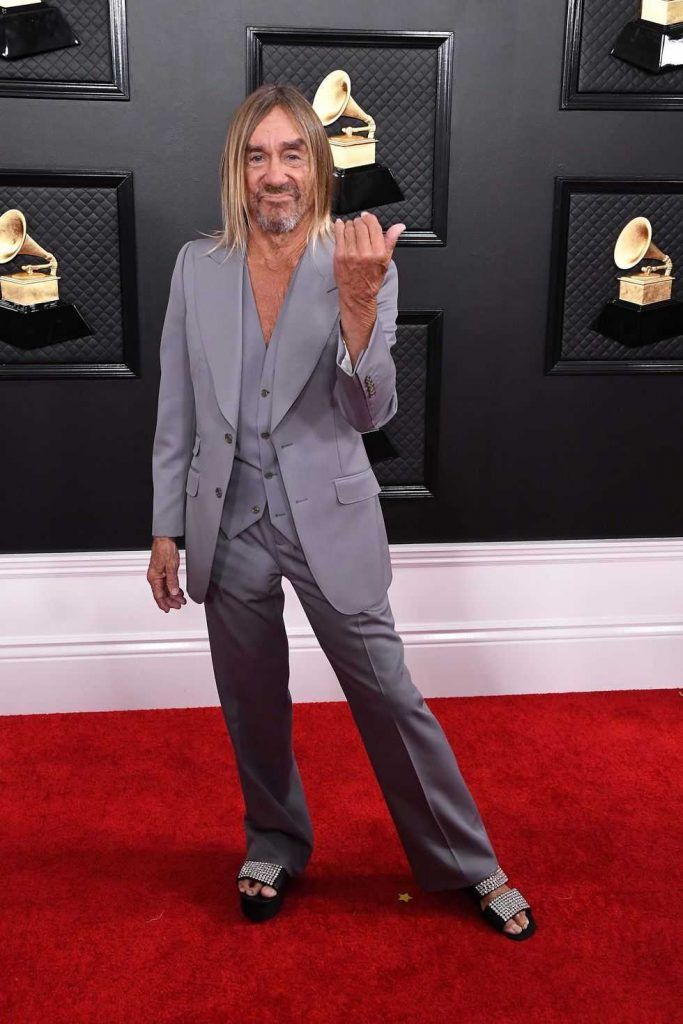 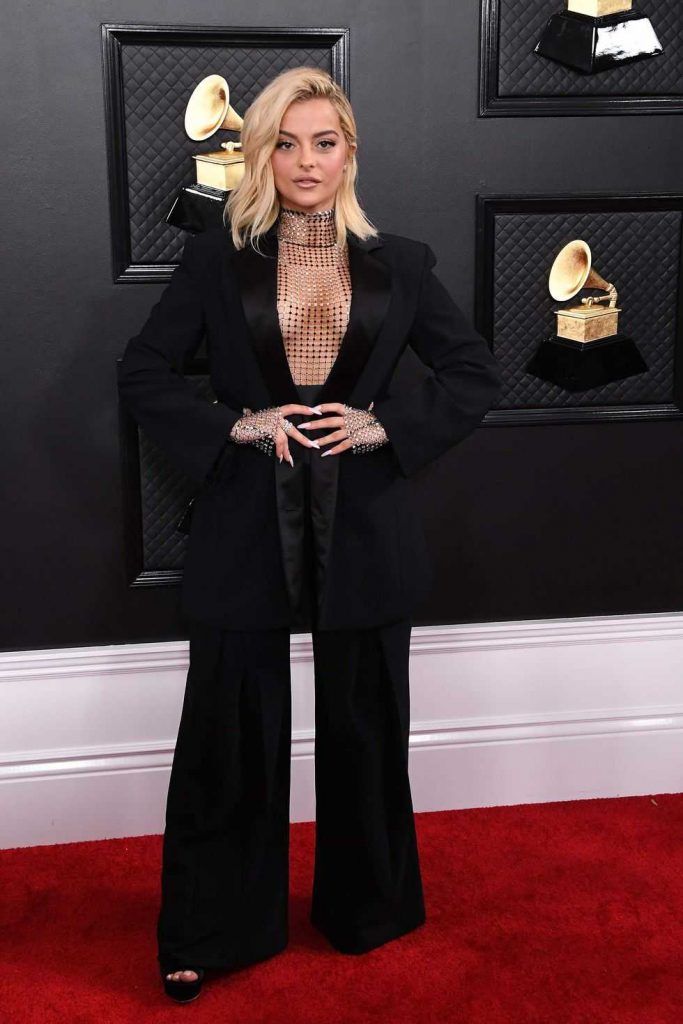 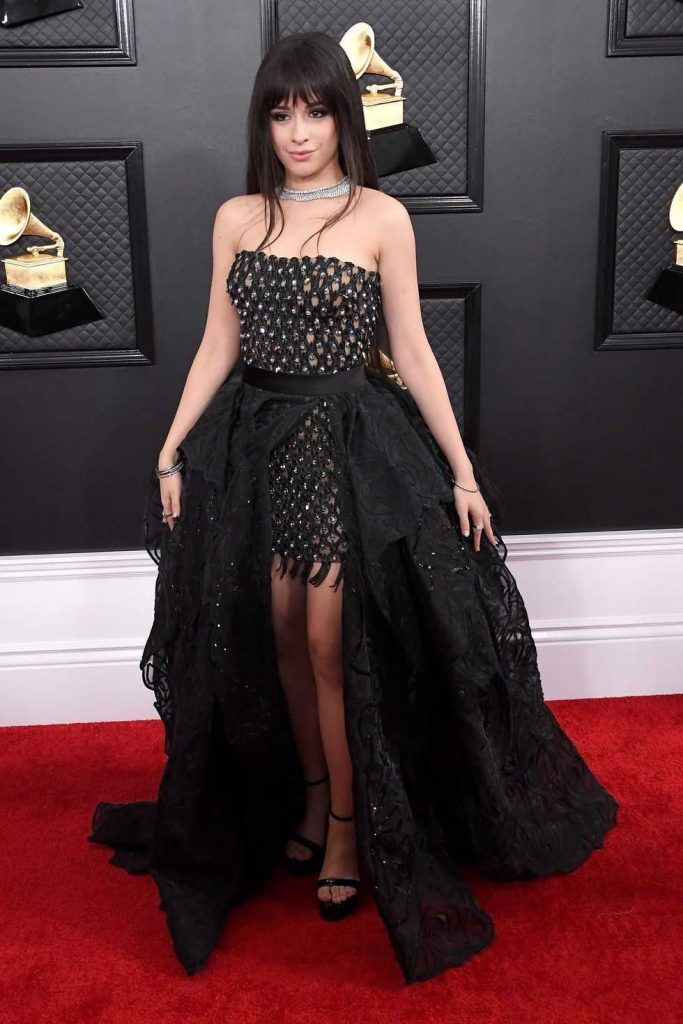 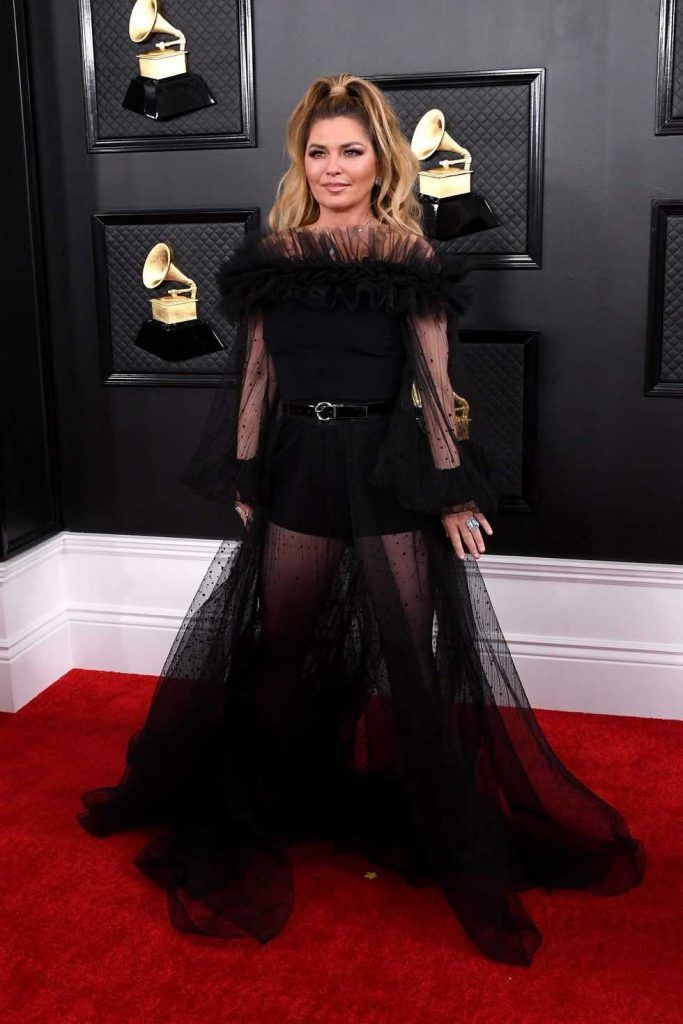 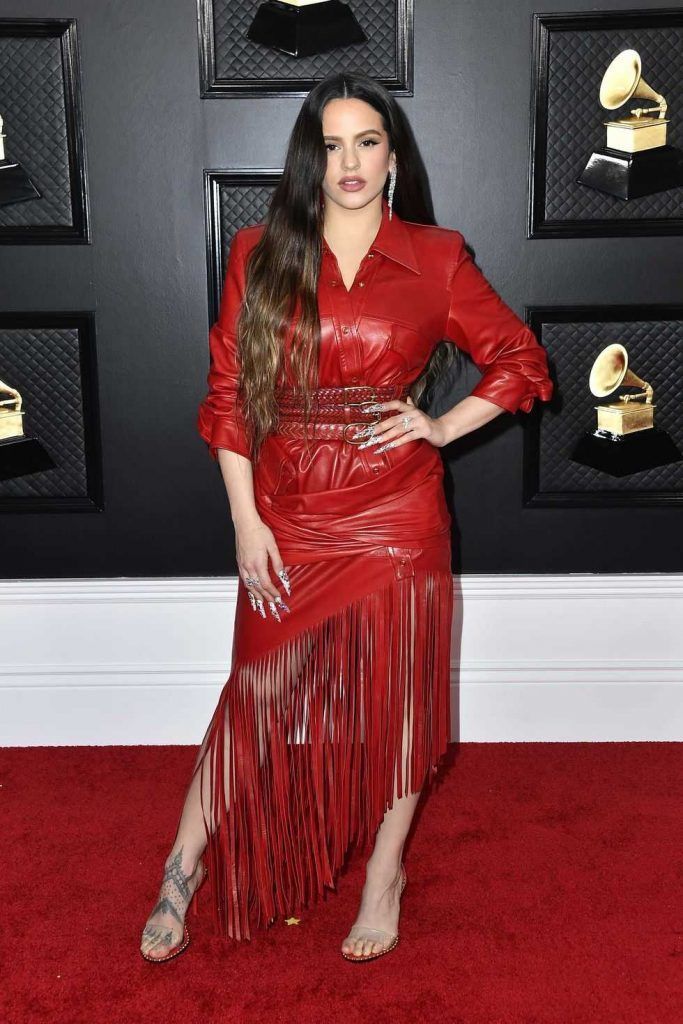 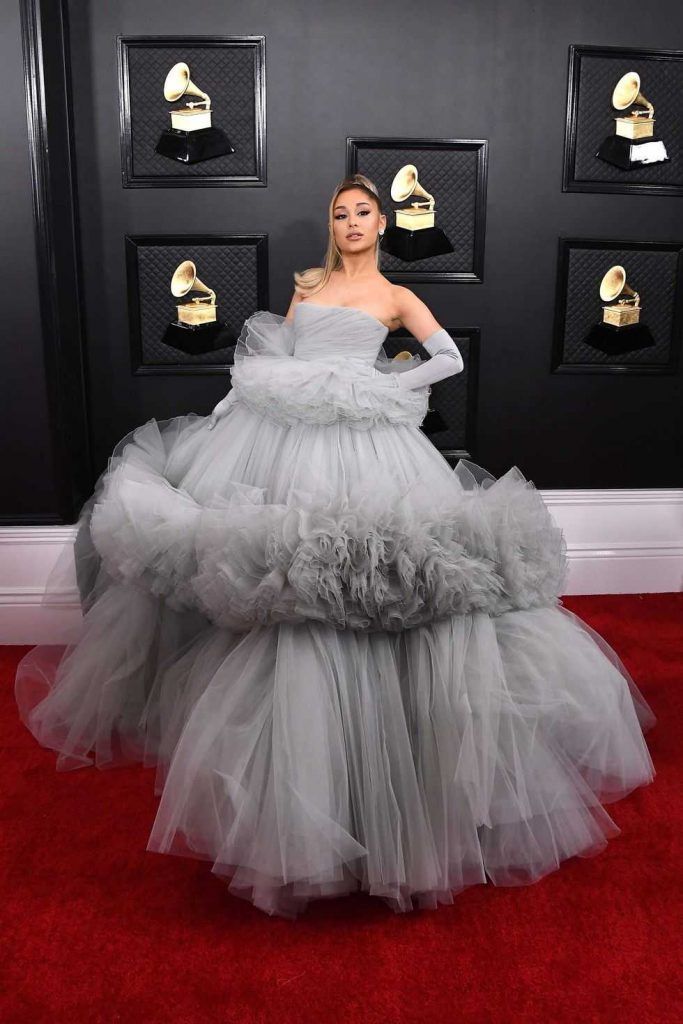 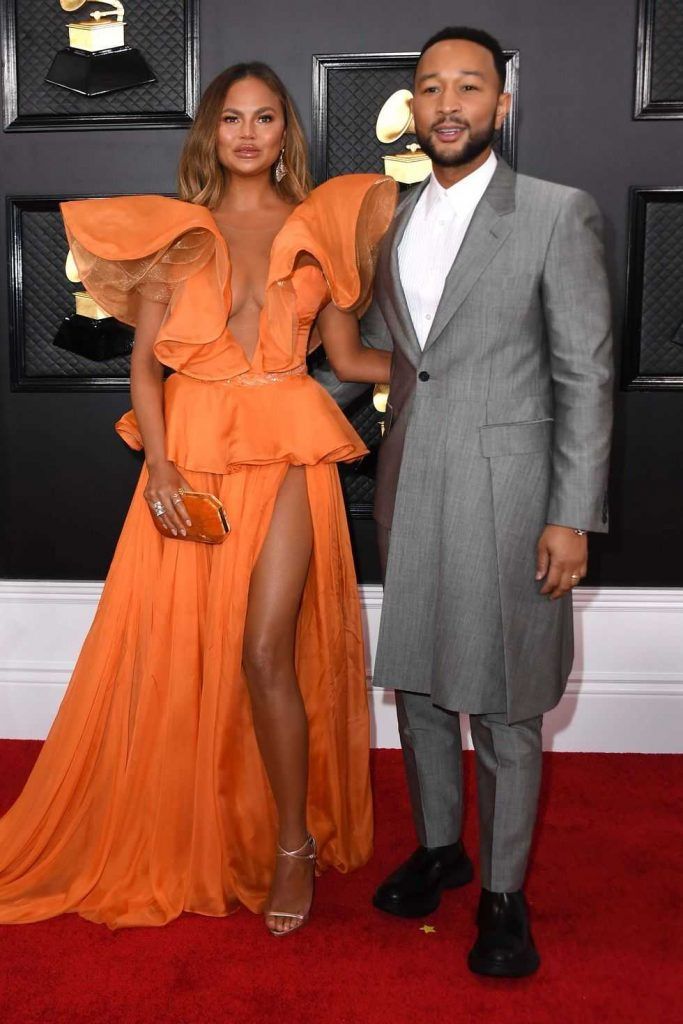 A mistake on the Dior website sells Saddles for 100€ – Run!
Primavera Sound on the verge of changing its location from Barcelona to Madrid
“Doctor Strange and the Multiverse in the Madness” teaser officially released
Johnny Garso builds “Piedra a Piedra”
Would you be able to use the Dior Christmas tableware?
Magic returns to Hogwarts in latest franchise trailer
Is Samantha expected to return in “And Just Like That…”?
What are the most searched brands by Gen-Z in 2021?
Arsenal x adidas, the tribute to the ugliest shirt of the English team
Outstanding Virginie Viard in Chanel 2021/ 2022
Chanel on the verge of ruining Christmas 2021
ADER ERROR and ZARA join forces to launch AZ Collection