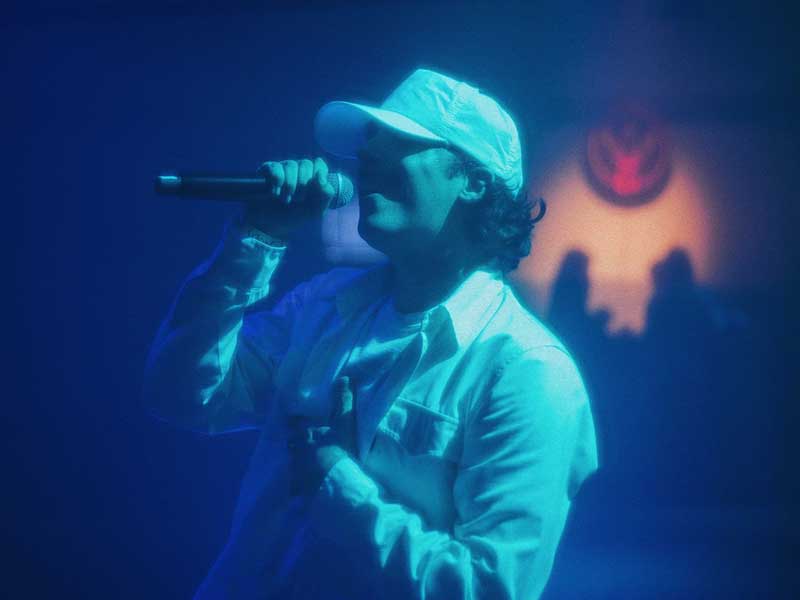 No doubt one of our little eyes right. The artist based in Barcelona gives a transcendental turn to his career singing in Spanish. If in Shakespeare’s language he had us captivated, in his Cervantes’ mother tongue, hypnosis is immediate. We chatted with him to find out how he got here and what he plans for when this pseudo-apolyptic impasse ends.

For those of you who have just landed in Halleywood, and for those who have not, it is convenient to put into perspective Miguel Peña’s journey to this day. Born in Murcia, his work and personality is an absolute reflection of the richness of his homeland. Halley is that breeze of fresh air that enters through the Manga del Mar Menor and rises to the Costa Brava. His compositions from “Outer Space” to “La Manía” reflect an exquisite palette of sounds, as wide and irrefutable as the gastronomy of his native land. The journey of this musical satellite has not been free of difficulties or bitter moments. Each one of them has marked their career and their destiny. Thank you.z’ 0df 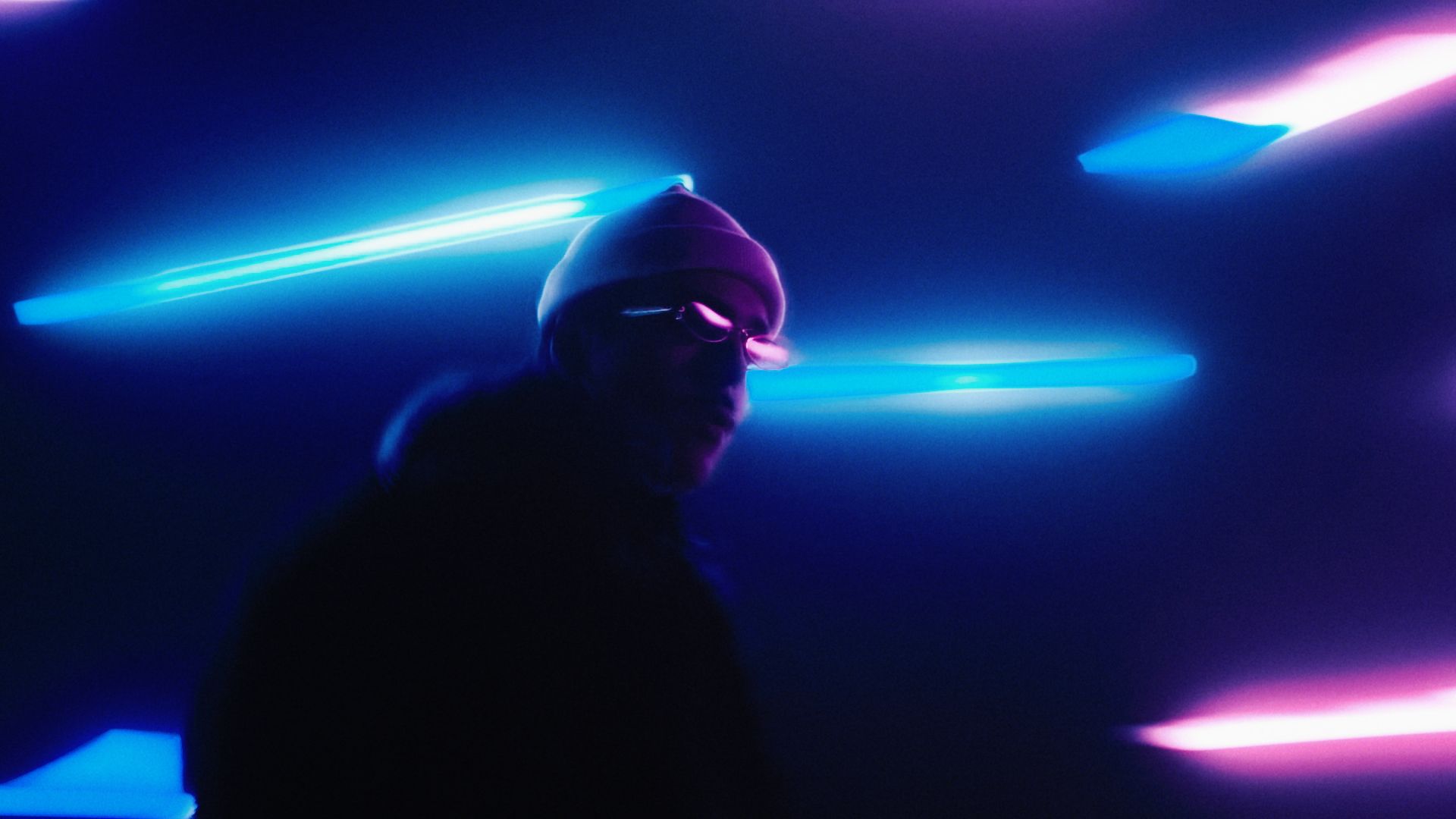 Highxtar (H) –  There are fucked-up times ahead for the music industry. Over the years you have specialized in overcoming every obstacle on the horizon. Beyond this terrible crisis, what other setbacks have you had to face to reach your current position?

Halley (HV) – Since I started rapping as a kid until today I’ve had to fight against all odds to make my dream come true. I had to work at Burger King for 500 bucks a month and had to pay a 400€ rent for 19 square meters, so I had to eat more burgers than I would have liked.

I came to Barcelona empty-pocketed for a test, looking to fight for what I wanted so badly. I gave up music because I had no money at all, trying to produce from the old MacBook that my brother gave me. That MacBook crashed and I lost all the music I had made.

When things started to go well at work, I also gave up making music because I wanted to enjoy that good time and get back at the days when I had to be a delivery boy or whatever. I haven’t had a stable or easy path, but thanks to not losing focus at key moments and the support of people who believed in me and still do today, I managed to move forward with my childhood dream. 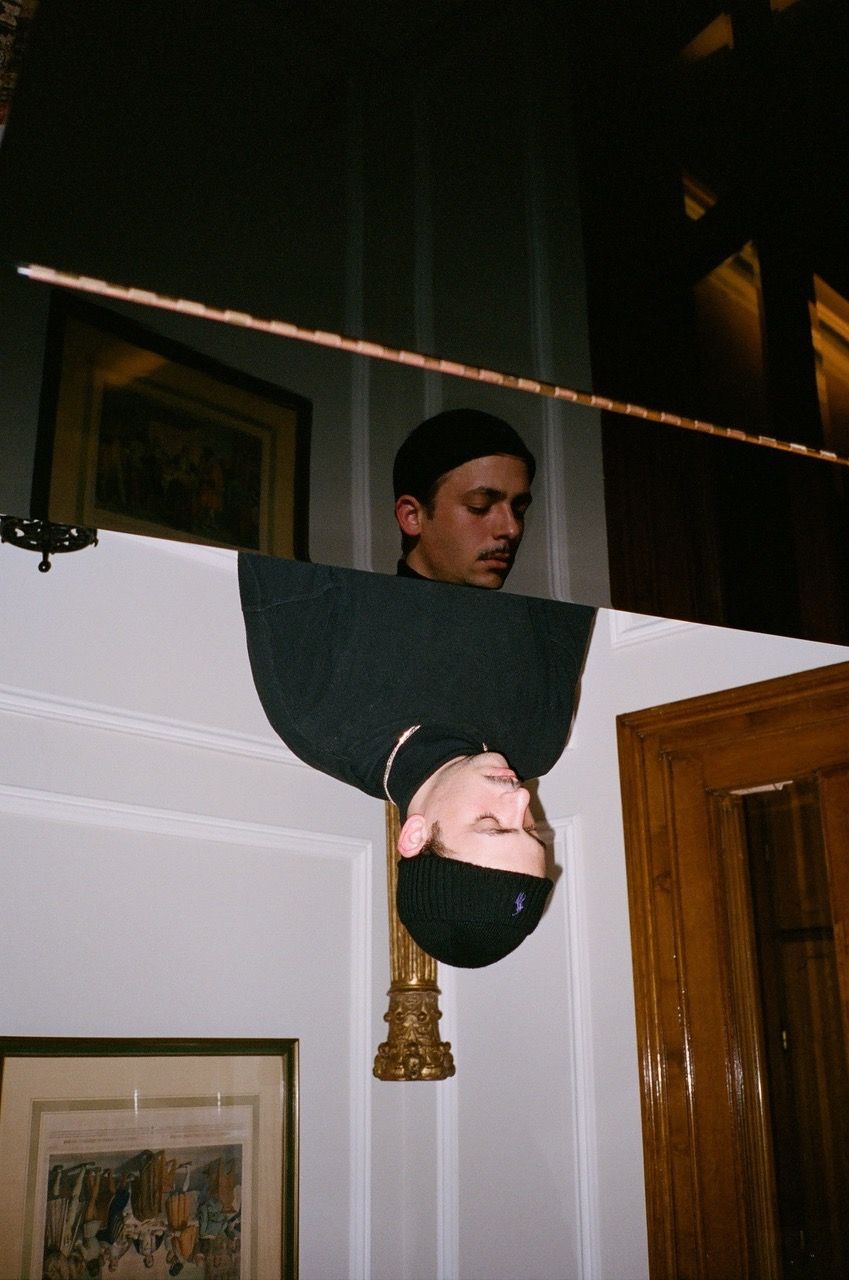 H – What immediate horizon awaits Halley when this shitty situation is over?

HV – Honestly, reconnect with my land, come home and embrace my family.

H – You’re premiering one of your most personal songs soon. After this tribute to your grandmother, do you envision a more intimate Halley?

HV – I feel that I have always been quite intimate but this situation and some events that have taken place have made me have fewer secrets when it comes to being honest.

H – The pandemic has led to an even greater boom in the use of social networks. Do you think they will become an alternative to live music as we knew it?

HV – Ufff! I see very difficult to imitate (at the moment) the feeling and the energy that gives a live in a club or in a festival from a computer or a mobile. 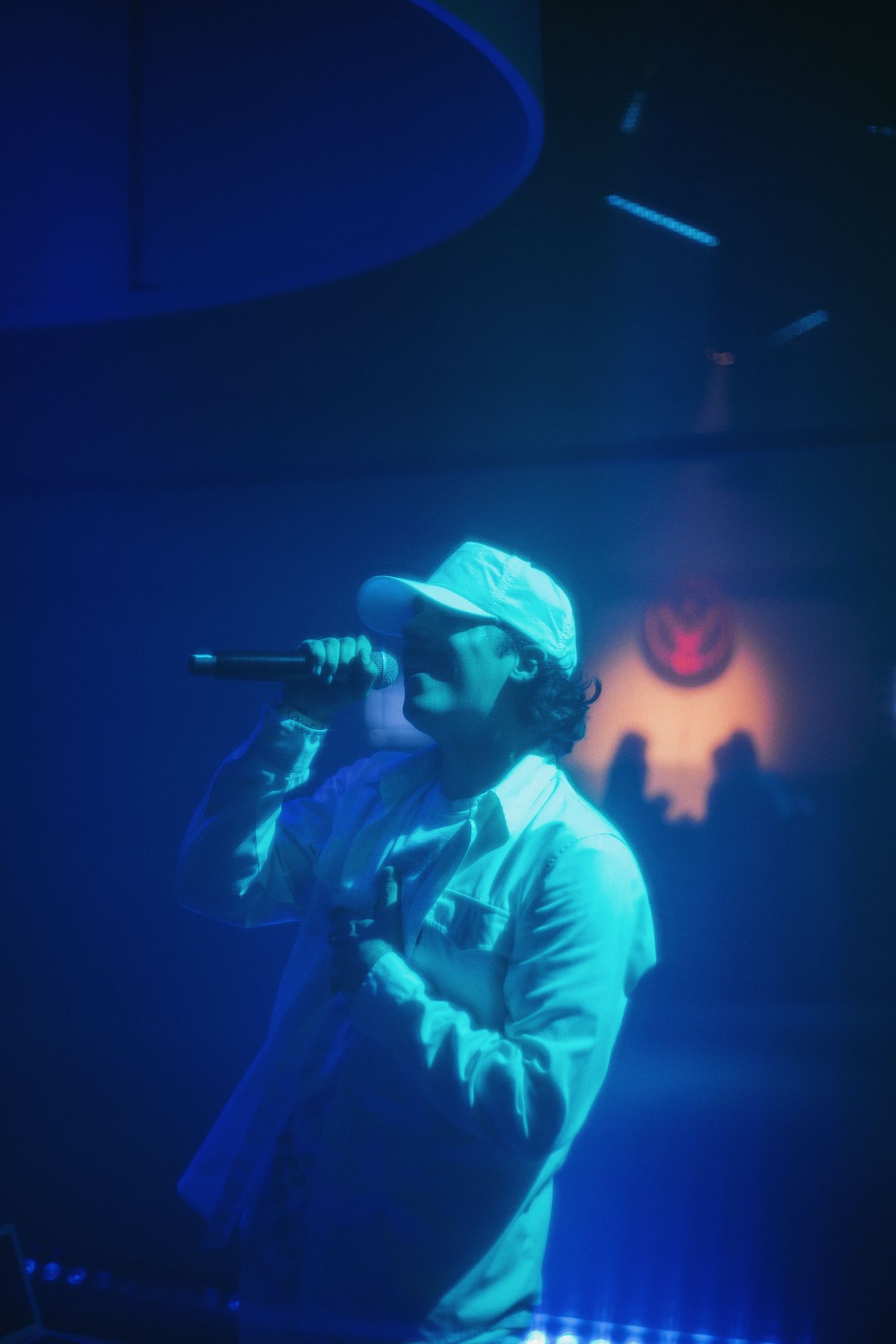 H – With no festivals on the horizon and very few concerts in attendance, what configuration does the industry have to make to get back to normal?

HV – Honestly? I think it’s time to take a leap in quality, where there’s not so much loose change. Maybe more albums should be made now that there is time to enjoy them and it seems that everything has slowed down.

H – Of all the imagery you have exploited to date in your visuals, which features are closest to Miguel Peña?

HV – They’re all Miguel Peña. The difference between Halley (@halleyvalley) and Miguel Peña does not exist. I don’t adapt any character to make the music and neither when working on the visuals. The variations depend on the directors and the musical/personal stage I am in. 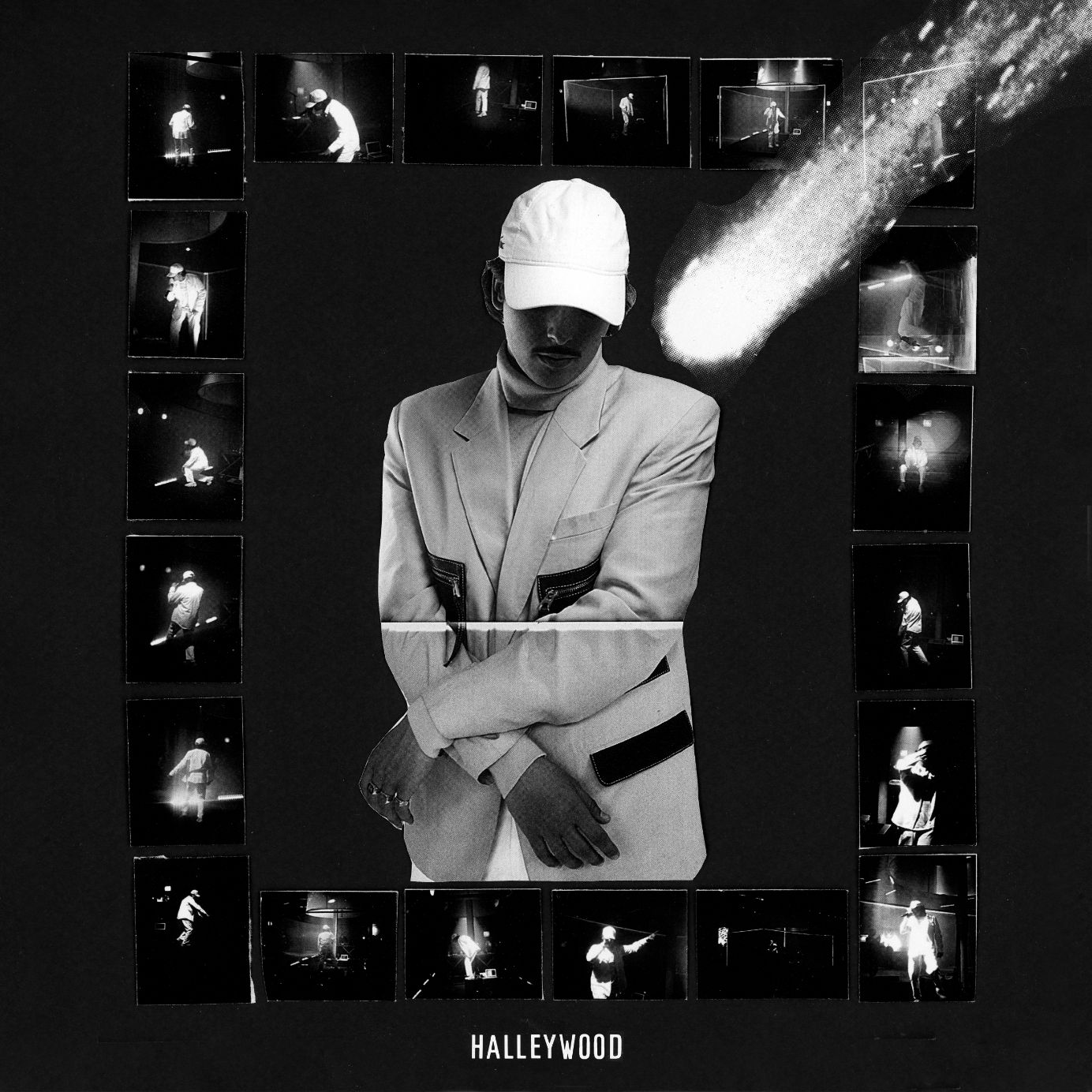 H – Mr. Chen (@sr.chen) has become a key figure in your career. How did that relationship emerged and what makes it so successful?

HV – When I was a teenager, I followed his group Matador Rockets which was quite different from the scene at the time. Time passed and Marcos (@oddliquor) told me to talk to him, that he could take me to the next level musically.

We met one day in his old house, we talked about a thousand things for more than 4 hours, I put some demos of what would be “Halleywood”. He told me that he wanted to help me with the project and, the truth is that, from that day on, the spark was instantaneous.

H – It is more than demonstrated that the era of the record labels as an indispensable element for the artist has passed. What role do they play in the growth or not of independent artists?

HV – The only thing they participate of is that they have direct access to and/or ownership of large playlists. It’s been a while since you’ve needed a label, you need to be on the playlists and have your music move that way. For the radio they support you, but it’s really you who has to pay for the access.

H – On a creative level, do you set limits or do you take out everything you feel without filtering?

HV – On a creative level I have no limits. I make the genres I want, without fear. When it comes to publishing, I am more demanding. I like everything to have a thread and a meaning. 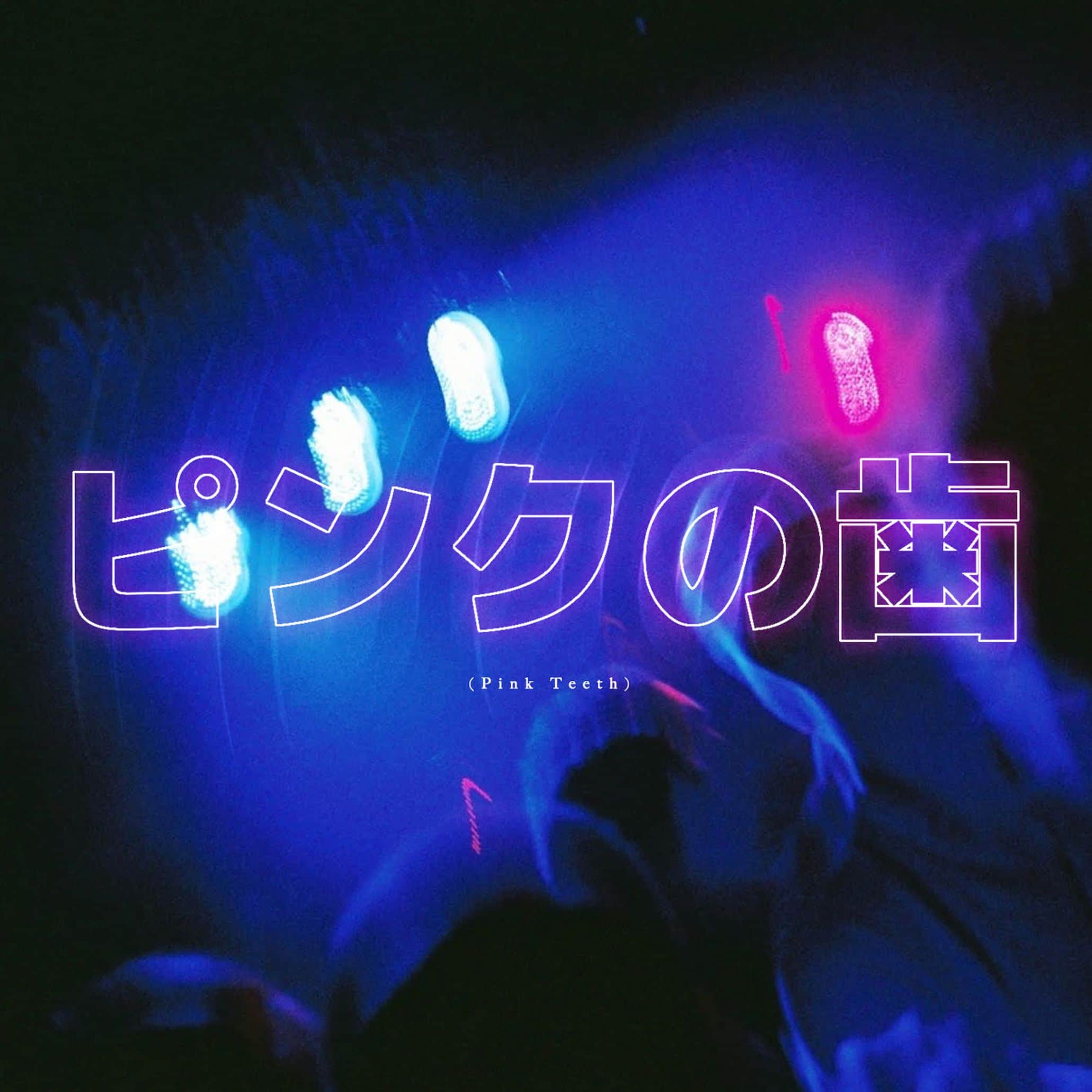 H – You dedicated “La Mania” to your girlfriend, your first Spanish song. What influence does she have on your music? Is she a critic too? How does she experience Halley’s impact?

HV – Many of my previous songs are dedicated to her. Both my brother and Carles (@carlesfgali) and her are my most incisive critics. They know me and like me 100% (sometimes it’s hard and I follow my instinct a lot, but the truth is that they have managed to keep me on the road in the darkest moments). To the third question I leave you his words “I live it with satisfaction, I knew it was going to happen and there is still a lot to come”.

H – You have decided to sing in your mother tongue after many years of singing in English. What is the process behind this change of direction?

HV – The change is as follows: If my goal is to make people feel identified with what I can tell them and what makes it difficult for them to feel it is a language, I won’t be the one to stop them from understanding the message.

Of course. I had been hearing for years from many of those who now command the national and international urban scene that my style was something special, but that I was holding back when I did it in English. It’s true that when I opened up, I saw that there were more colours. 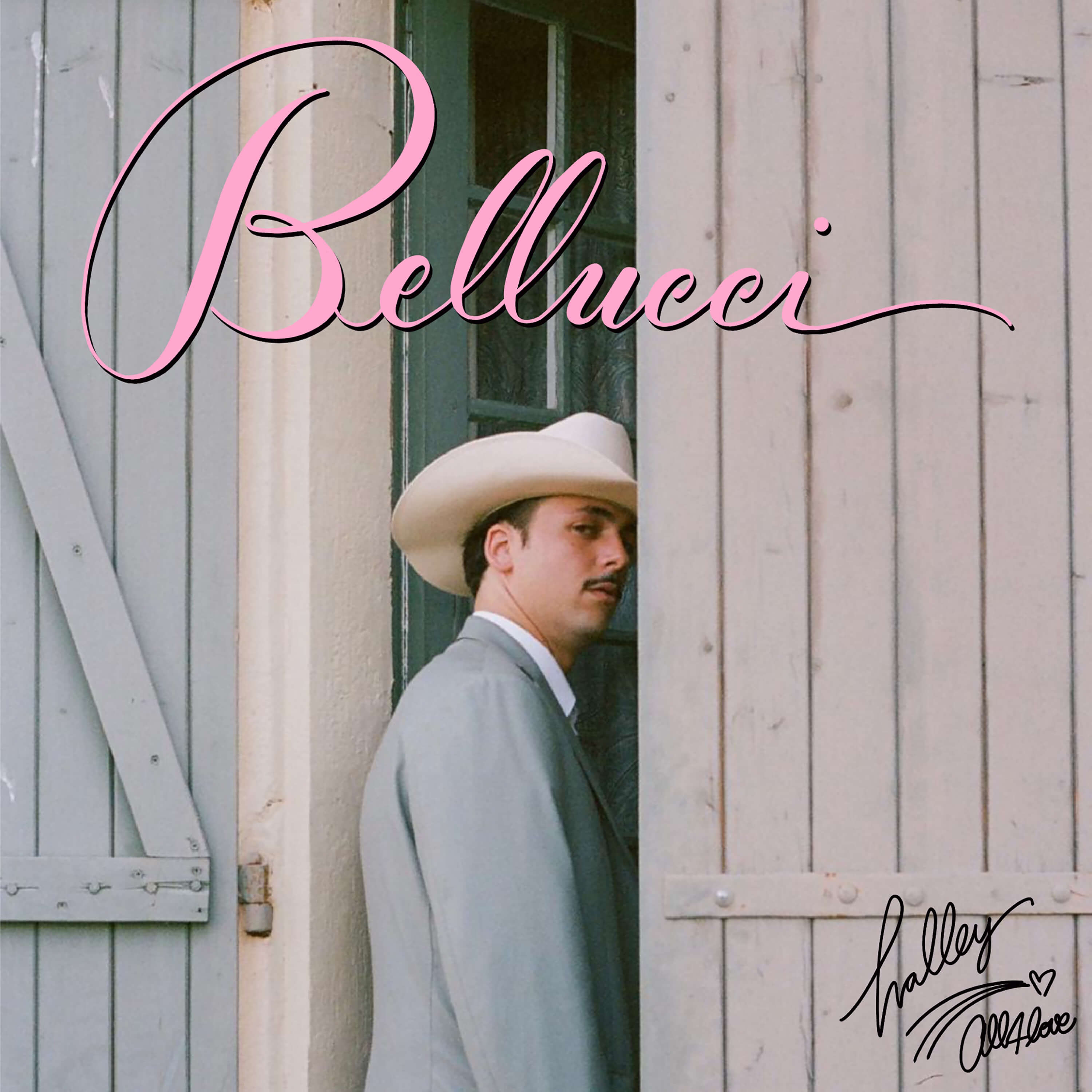 Colors that we are looking forward to continue enjoying and that in a couple of days will paint us a smile again.