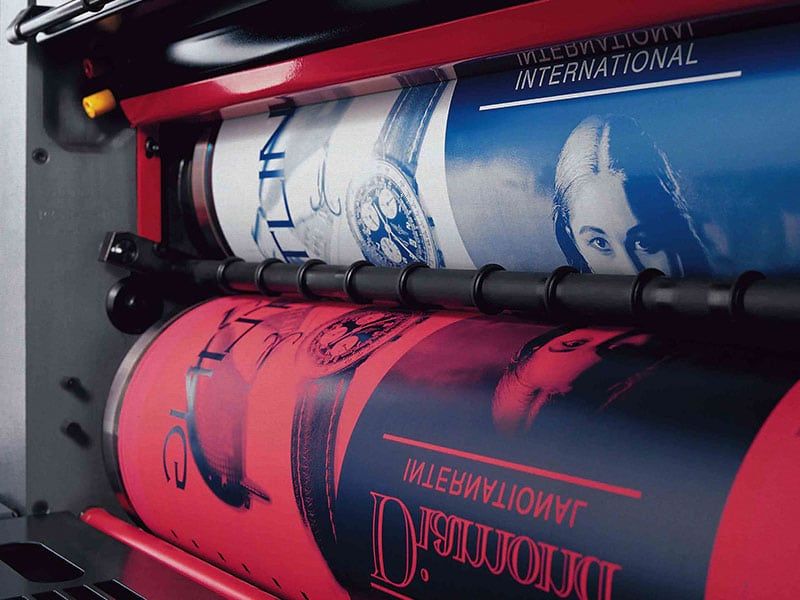 Can paper magazines survive the age of Covid-19?

Fashion magazines around the world are facing an identity crisis. Should they cover only fashion? Should they talk about public health? Will anyone go out and buy their printed editions? There are many questions on the air but one thing is clear: no one has the answer. 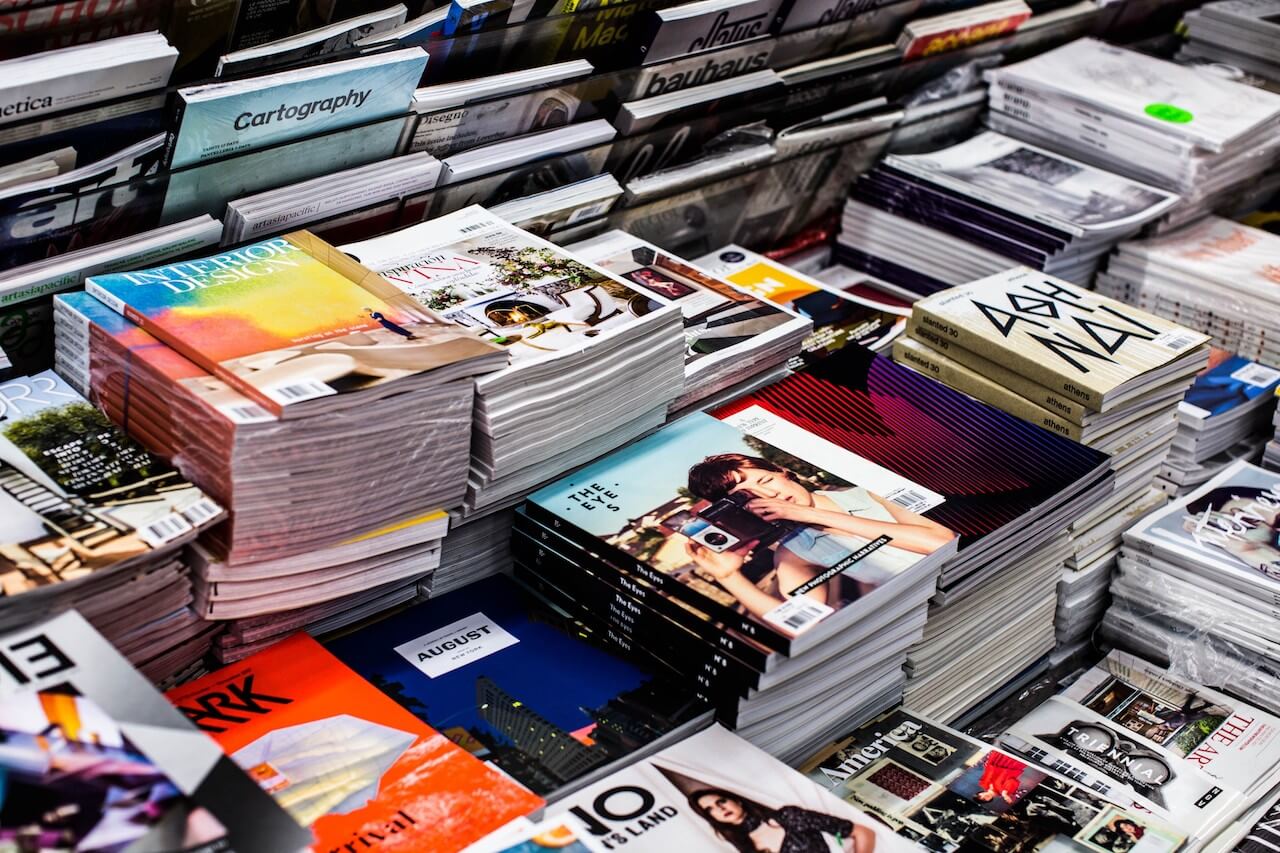 According to BOF, just one week ago last Thursday, the editor-in-chief of Vanity Fair Italy, Simone Marchetti (@marchettisimone), visited the set of the latest cover of her magazine. It may be normal, but it’s not. As many of you know, this type of shootings brings together a small army of make-up artists, photo assistants, editors, bookers, publicists and suppliers who often travel from other countries, and of course the star and the famous photographer.

But this time, Marchetti shared the space only with the photographer, an assistant and the star of the cover, Dr. Caterina Conti, a doctor specializing in lungs at the hospital in Bergamo, one of the cities most affected by the coronavirus. They all wore masks and kept two meters away, washing their hands after touching anything on the set. 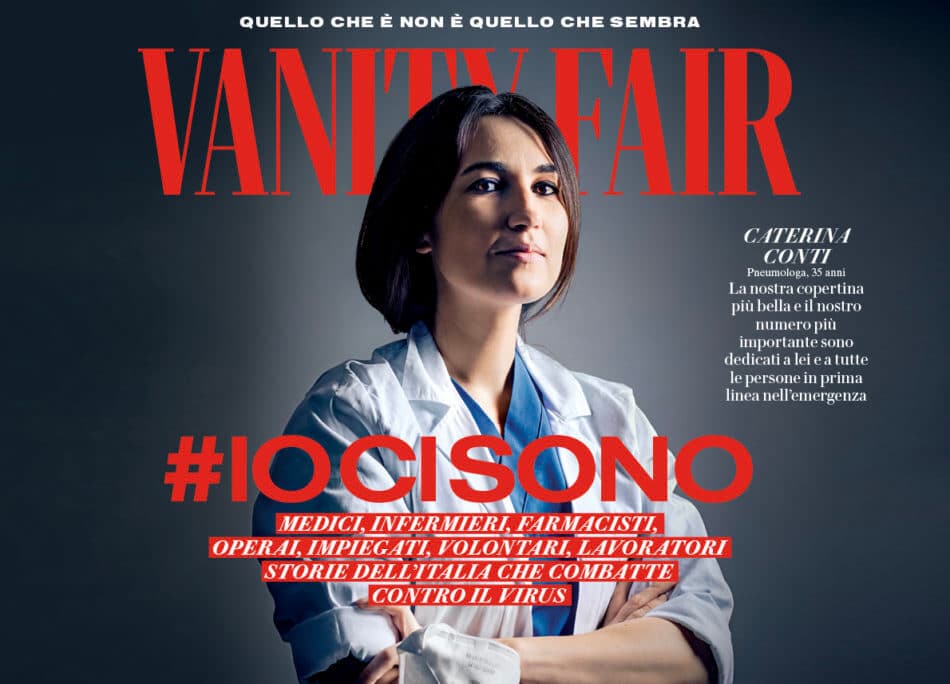 The magazine, which normally focuses on fashion, entertainment and culture, has been forced to change its priorities. Now its coverage focuses on “heavier” subjects, the so-called hard news. They have also traded celebrities for regulars, such as the Salerno family of pharmacists who work to treat their neighborhood even though their daughter is infected.

As if this were not enough, all the proceeds from the new number will be donated to the hospital in Bergamo. Their previous issue, entitled #IosonoMilano, was dedicated to the city and the inspiring stories of its inhabitants. 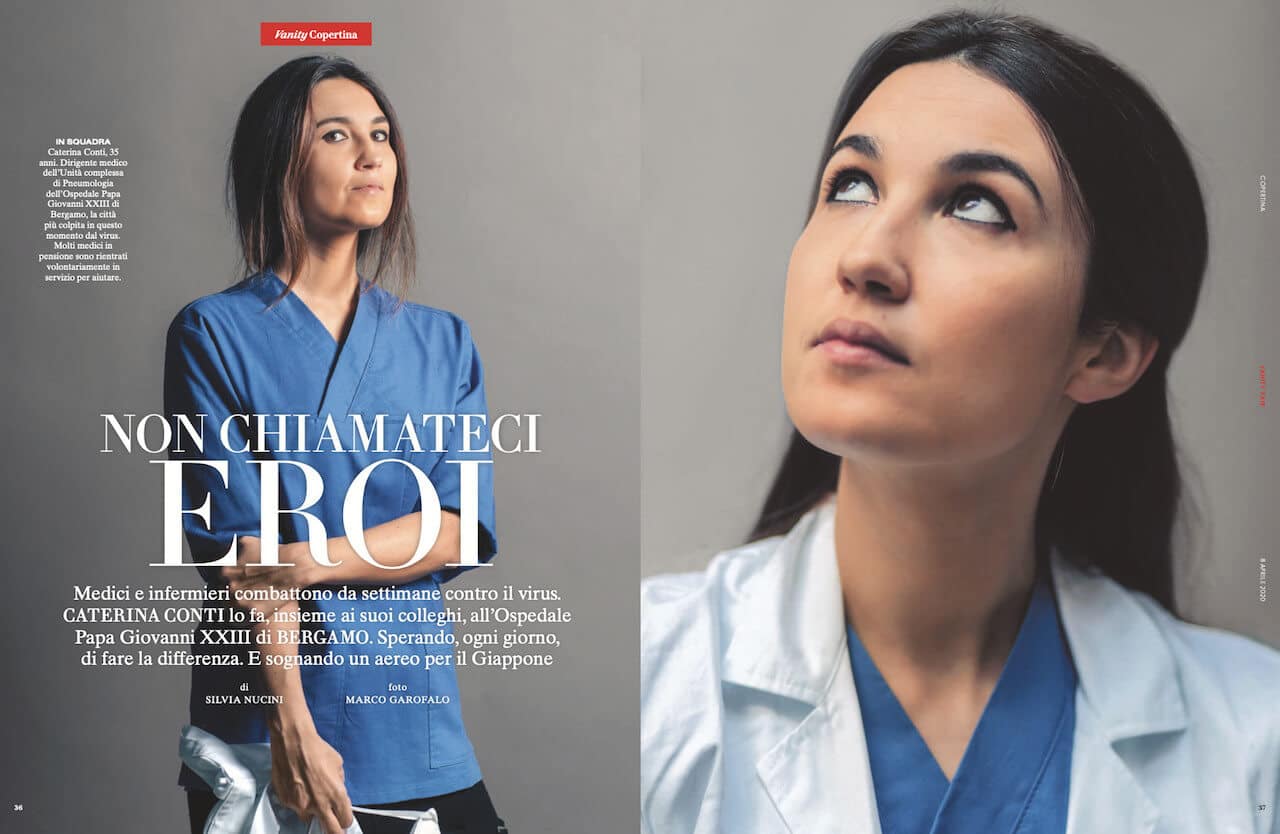 “This virus and this situation have forced us to change,” said Marchetti, who described the pandemic as an opportunity to redefine the publication and reach new audiences both online and in print. “At this point, we can no longer put a star on the cover.

Vanity Fair Italia’s coverage is impressive: its web traffic is the highest ever recorded in its history (a record 14.2 million visitors in March so far) and the free online download of the #IosonoMilano issue has attracted 12,000 new readers.

Fashion magazines around the world are facing a similar identity crisis. From their editorial cadence to their focus on luxury fashion, they risk feeling out of sync, while their readers are isolated in their homes following updates on public health and concerns about the economy.

The pandemic is also testing a business model that was already struggling enough. While economists are predicting a severe recession, brands are seeing print ads as one way to cut costs. Digiday reports that 88 percent of publishing executives expect to miss their revenue targets this year.

But what can magazines do to find a purpose during this time? Think about it, it’s hard. For Vanity Fair Italia, the answer has been to galvanize the Italian community and remind it of its history of overcoming challenges.

In late February, when the coronavirus began to spread in Italy, Marchetti and his team rethought their editorial plan and created an issue dedicated to the fortress of Milan, the first major Italian city to see a large number of infections. The issue, called “#IamMilano,” featured essays by 64 prominent people from Milan, including designers Miuccia Prada, Domenico Dolce and Stefano Gabbana. 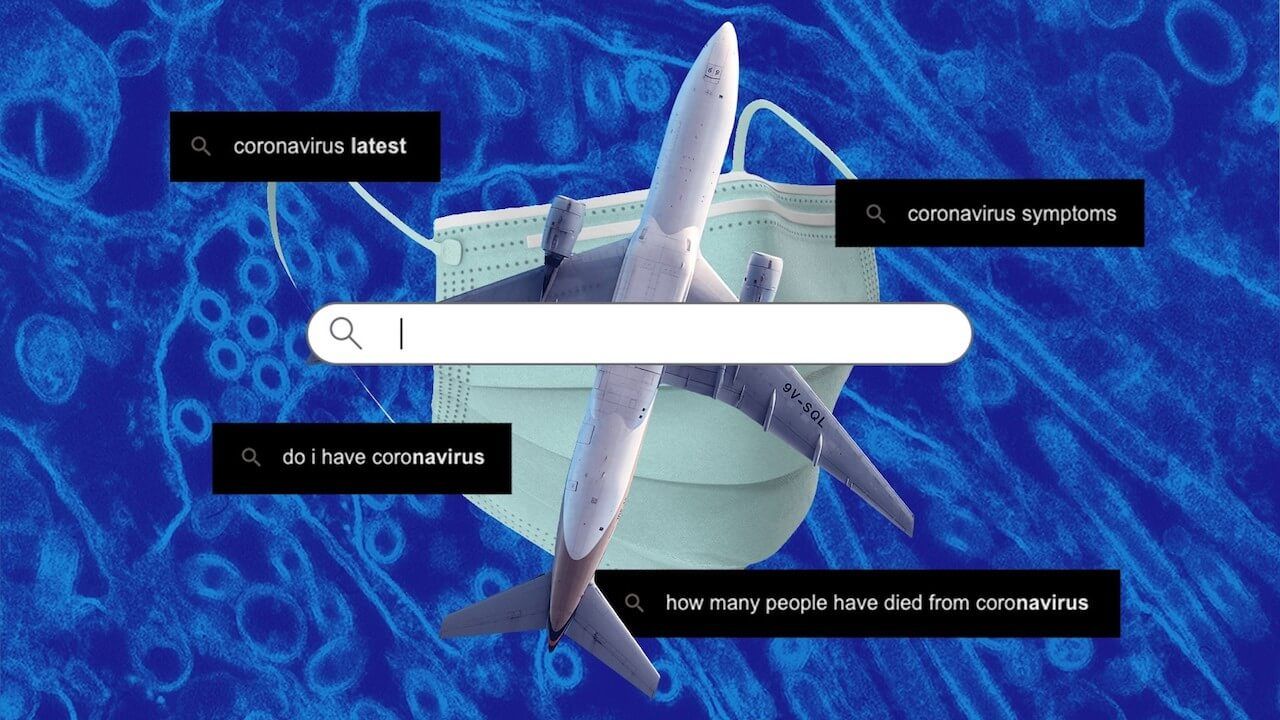 The London-based magazine Dazed is also considering its editorial line. Jefferson Hack, its founder, said Dazed will not print a physical issue for the summer edition, but will publish it online. His team is planning to involve readers in the content, for example, by having them submit interview questions for different subjects on Instagram.

Condé Nast does not plan to skip any print editions. In the United States, most of the publisher’s magazines finished sending their May issues to print last week and this week, and were able to photograph and write most of the content before they went to work from home about two weeks ago. But by the time those issues come out in mid-April, your reader will be in a very different reality than the editors might have anticipated in early March. 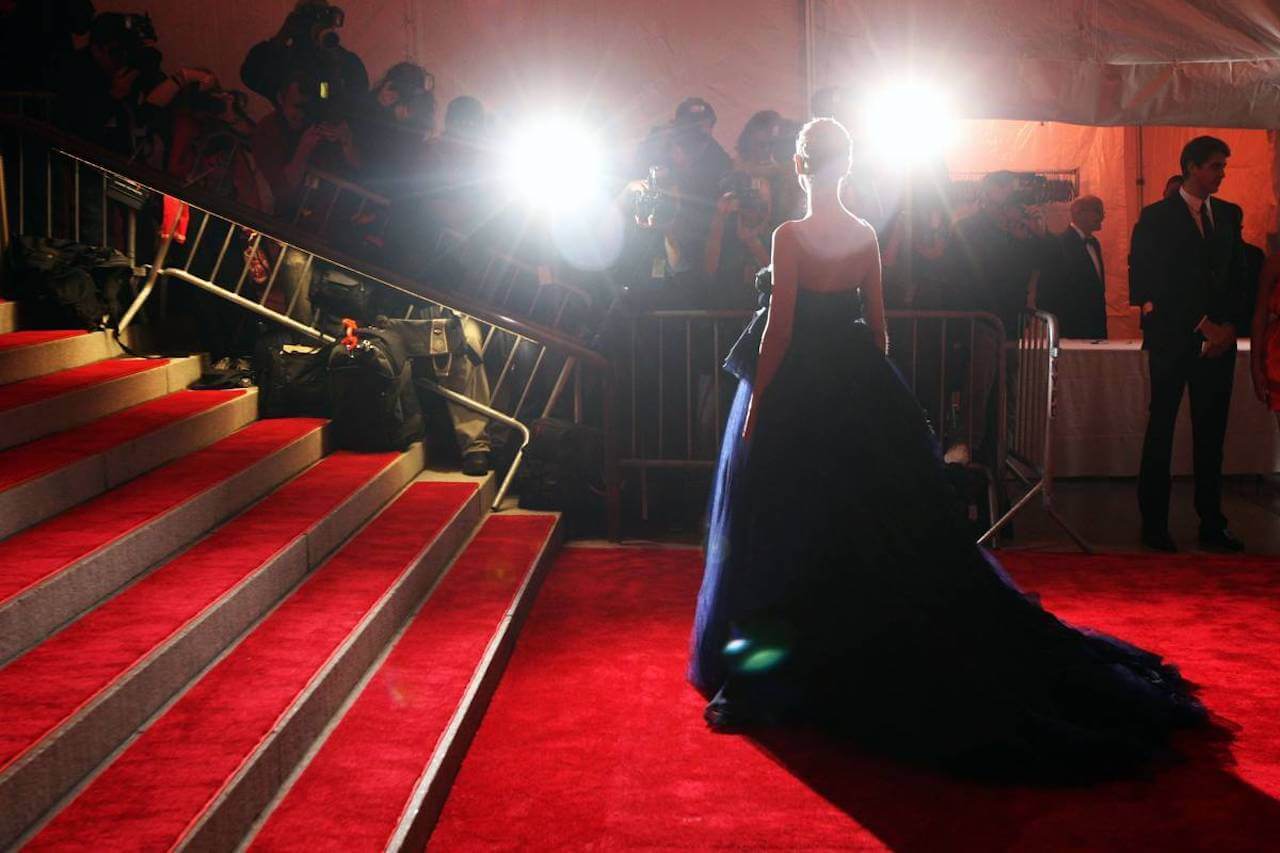 With regard to Vogue, the next issue of the American version will include an editorial on the next exhibition of the Costume Institute, as every year to correspond to the Met Gala to be held in the first week of May. But the Met Gala has been postponed indefinitely, and the Metropolitan Museum is closed at least until July.

In China, organizing photo shoots is still a challenge, and editors like Elle China’s Beauty Director Lettie Tsang, who went to Tokyo in late February for a photo shoot, had to be in two quarantines, one at the destination and the other on her return home.

For the time being, printers in the US and Europe are still operating.

However, Chinese fashion magazines have already had to deal with delays in printing. At the start of the outbreak, InStyle China combined three issues into one because the printing plant was closed, but has since maintained its weekly schedule. The magazine had photographed most of its covers before the Chinese New Year, before the pandemic intensified, so the covers were kept on schedule. But within the pages of the magazine, much of the coverage has shifted to content related to the virus. 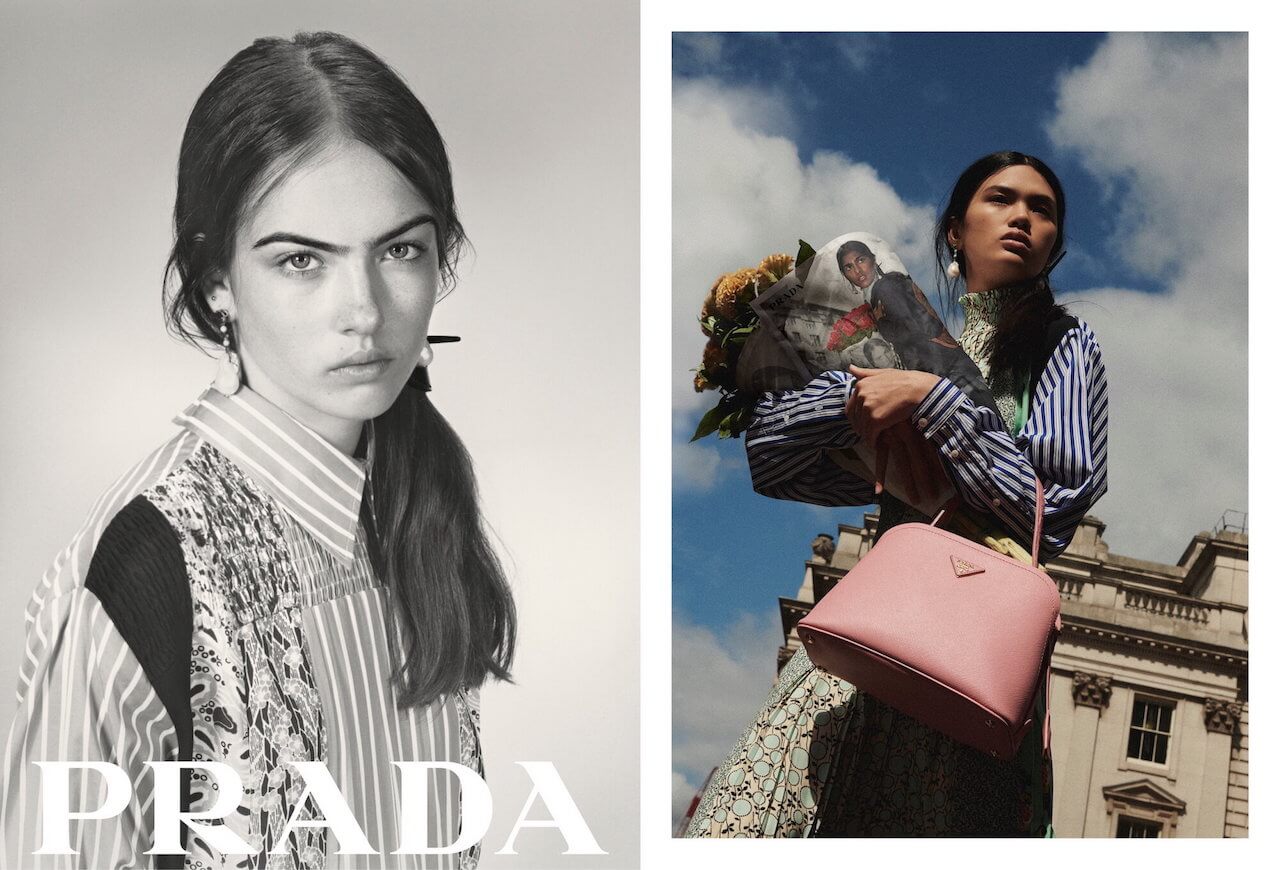 Another challenge is advertisers, who are reducing their budgets as they forecast a sharp drop in sales this year.

“We want to help them, they are our partners,” says Marchetti of Vanity Fair Italia about the advertisers. “We’re in the same boat, but people are still buying magazines. They want information now more than ever.”