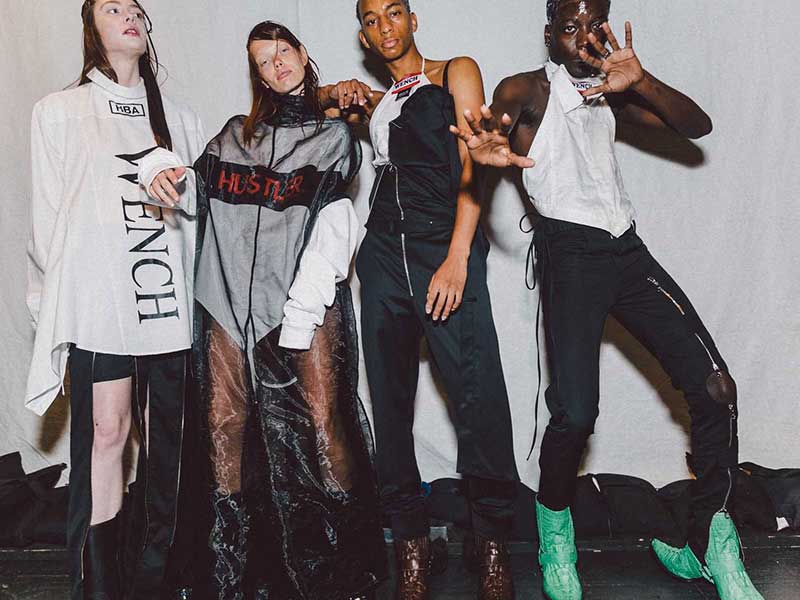 10 firms that have disappeared in the last decade

The new infrastructures and the Internet have contributed to a faster advance of new technologies. Immediacy has broken into our lives and into the way we consume. Many brands in the fashion world have not been able to adapt to the new times and have disappeared or are about to do so. Here is a list of some of them. 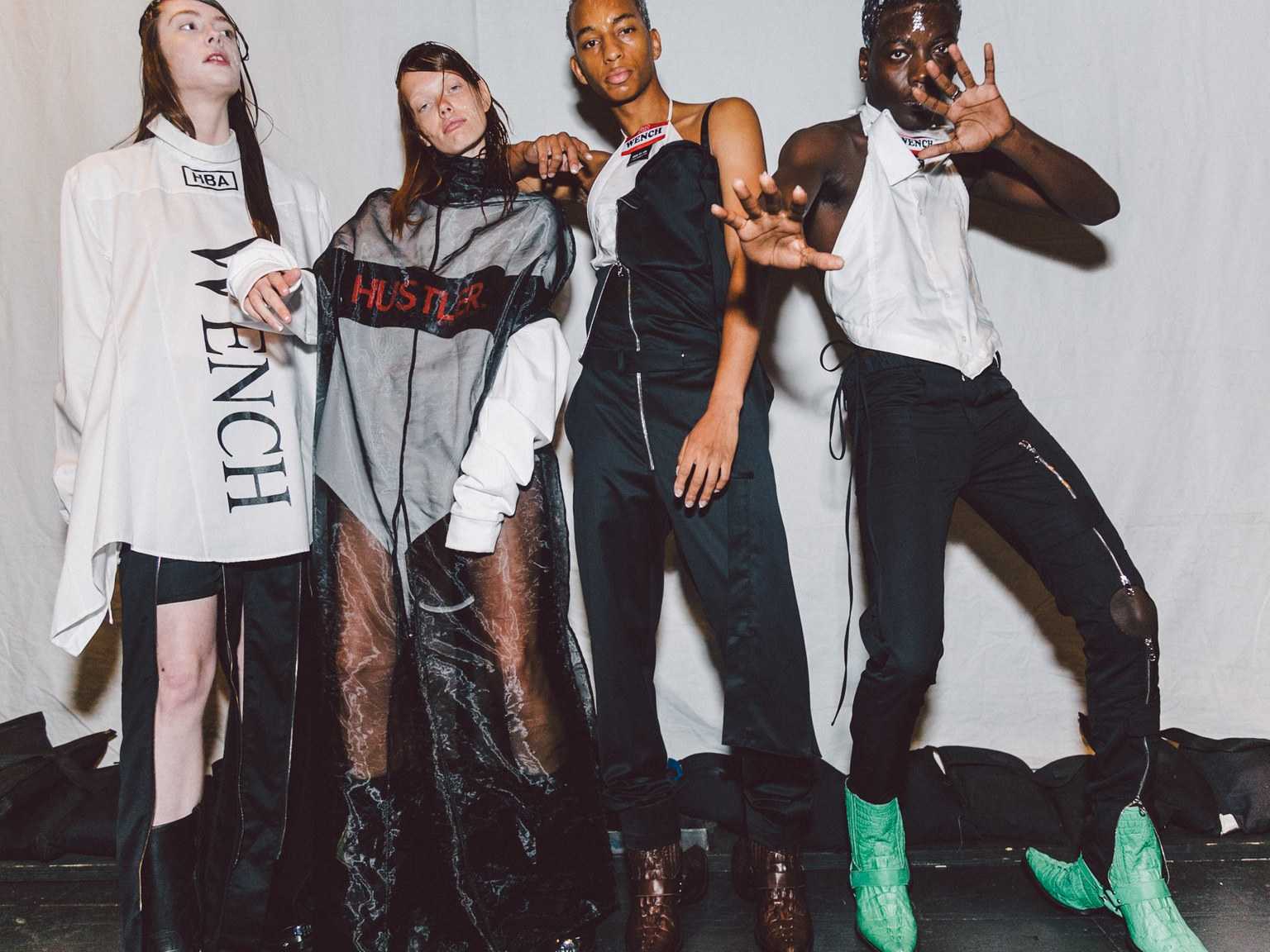 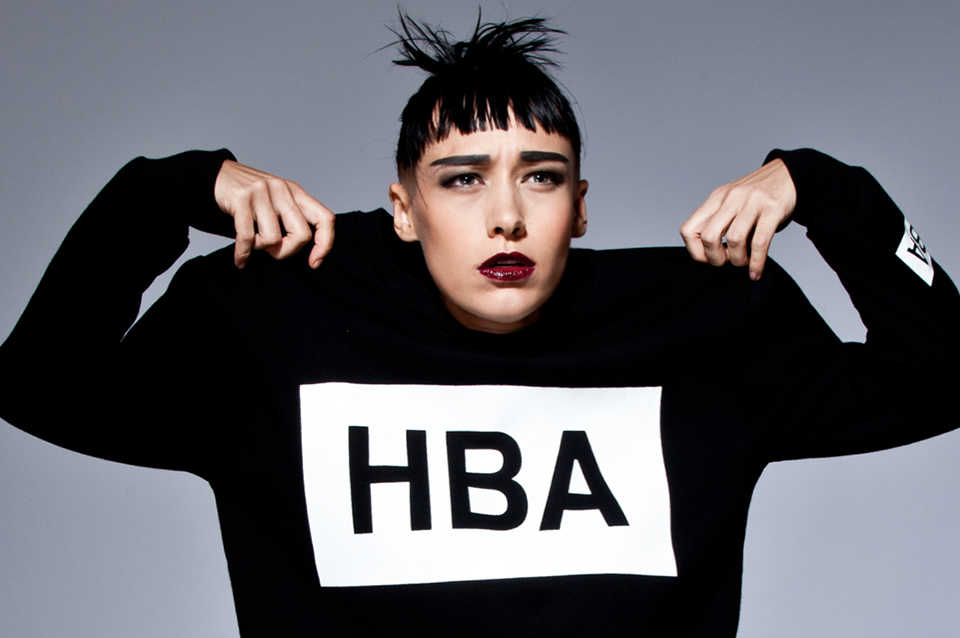 Many will know this New York firm as HBA. Shayne Oliver and Leilah Weinraub assaulted the fashion scene in the first decade of the 2000’s. They were one of the first to introduce streetwear on the haute couture catwalks. The Minnesota designer used the big fashion shows as tools to spread principles and social criticism through clothing and accessories.

His versatility and definition as a “gothic ghetto“, won him the favor of renowned artists who did not hesitate to wear HBA clothes. The firm focused on neutral gender designs, thus initiating the race of other brands to enter the unisex market. Oliver preferred to call it “powerwear“, knowing the importance of the message sent by our way of dressing. 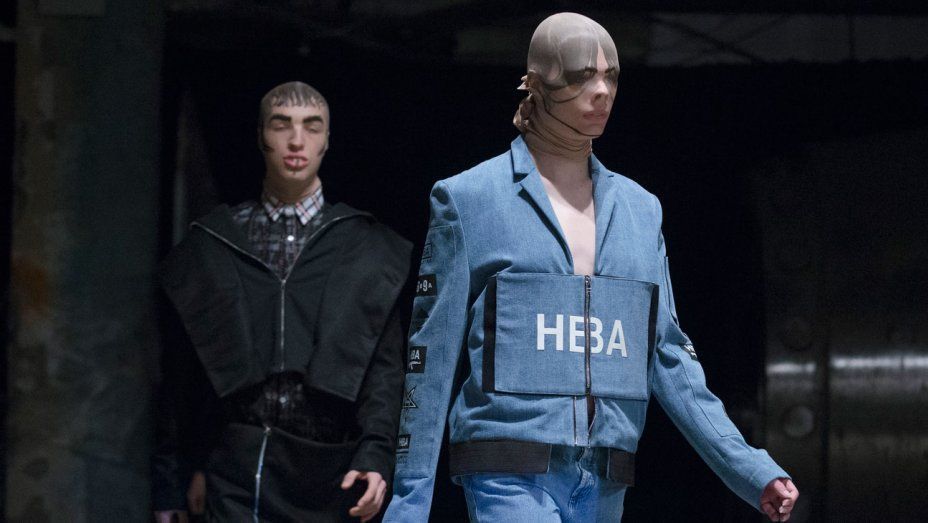 Despite a very good future outlook, both heads of series planned their future outside HBA. In 2017, a break was announced in the firm’s gear. Earlier this year Shayne Oliver thrilled everyone by declaring that Hood by Air would be back, but with the imminent end of 2019 and no more news, the disappointment and acceptance of their demise is becoming clearer. 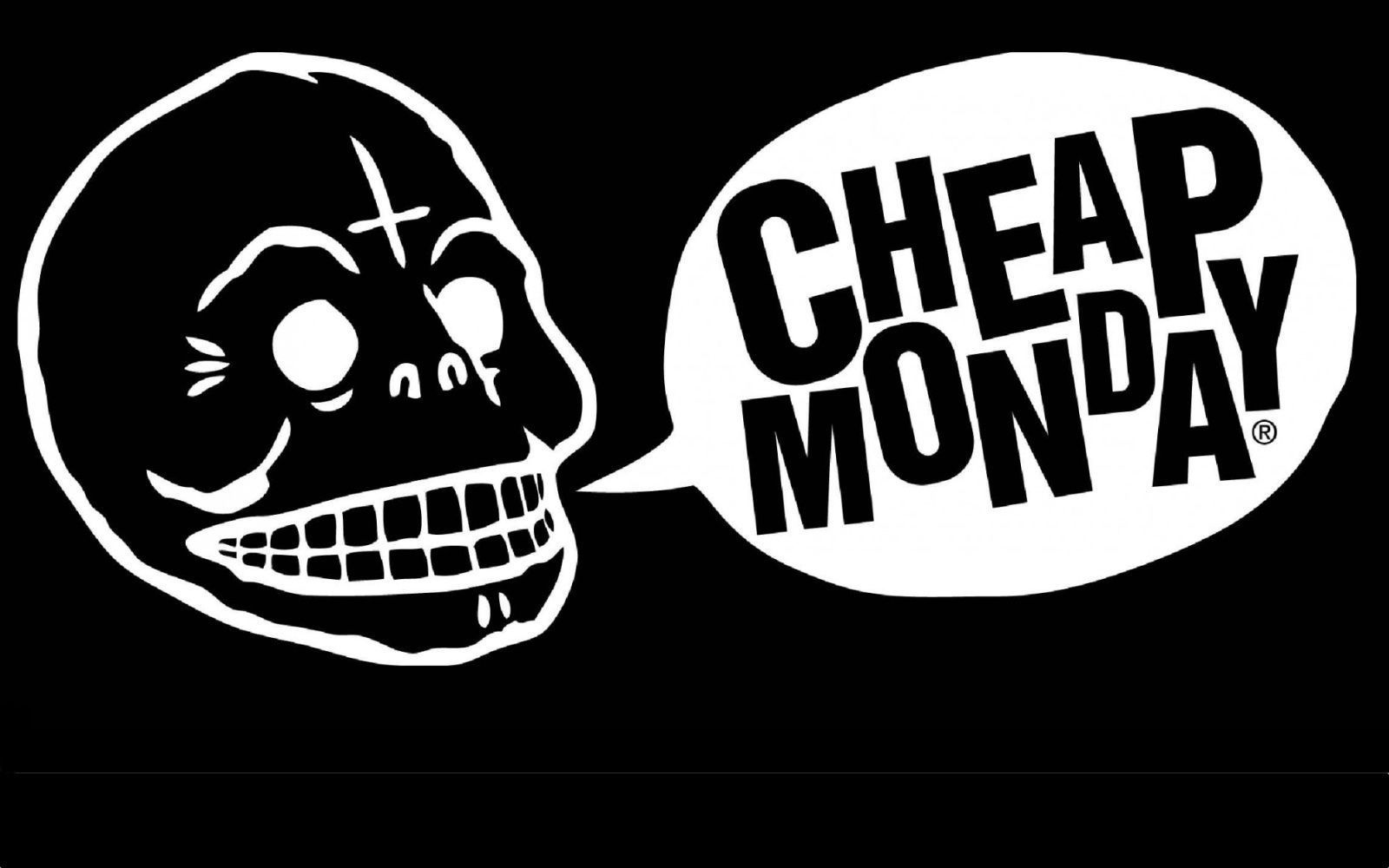 The brand of jeans that dressed a whole generation of indie and punk rock lovers in the mid-2000s has not managed to survive the new times. The Swedish Örjan Andersson came up with a pair of tight jeans that were rated “cool” by trend hunters. Skulls were everywhere until, alternative music started to be part of small urban tribes.

The explosion of rap and the change in clothing left the skinny behind to evolve into a more comfortable line of volumes and greater movement. Cheap Monday didn’t know how to adapt to the changes in fashion and the target. Their target audience was exponentially reduced and their profits went down with them. In 2010 the H&M group acquired the brand born in the new century, but after failed attempts to return it to its splendor in June 2019 its definitive closure was announced. 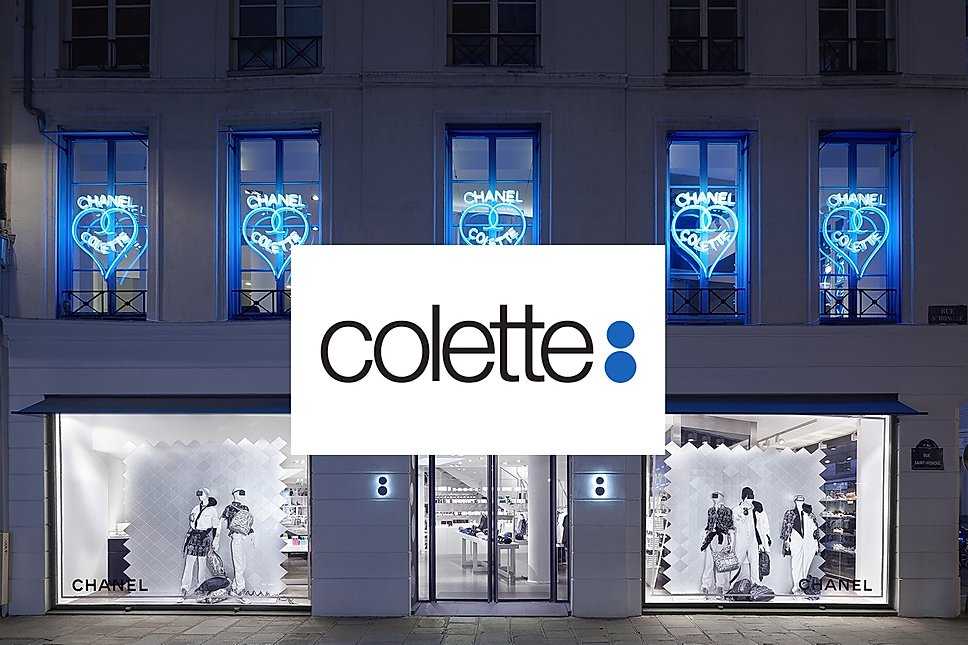 2017 was a tough year for many companies, especially for the fashion world that had to say goodbye to one of the most important multi-brand stores in the industry. Founded in 1997 by Colette Rousseaux, it became a temple of trends and specialized magazines in the sector. Located at 213 rue Saint-Honoré in Paris, hosted the collections and collaborations of major designers such as Raf Simons, Hermès, Louis Vuitton, Balenciaga, Proenza Schouler, YLS and Christopher Kane, among others.

Colette became a centre of worship as temporary exhibitions were held under its roof. A must for all fashion lovers. Some dreamed of their articles from the window, and others, on the contrary, crossed its doors loaded with bags. After 20 years of work, in December 2017 the multi-brand store placed the closing sign in a definitive way. 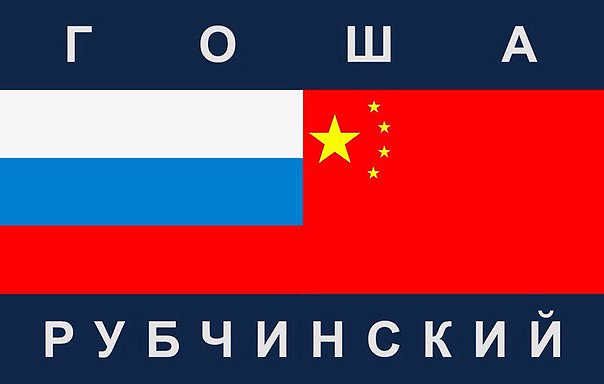 The brand of the same name by designer Gosha Rubchinsky was born in 2008 with the presentation of the SS 09 collection “The Empire of Evil“. The Russian designer set a precedent in international clothing by putting the spotlight on fashion in the Russian capital. His designs of Soviet essence with tips of the skate culture of the 90s and graffiti were a success.

The settings chosen to present her collections were very significant of the USSR and her sport-grunge aesthetic quickly placed her among the most relevant cult firms. Gosha Rubchinsky collaborated with Fila, Adidas and Burberry, always highlighting soccer as the center of inspiration. In 2016 Gosha launched a new PACCBET label, alongside Tolia Titaev, a professional skater and muse of the designer. 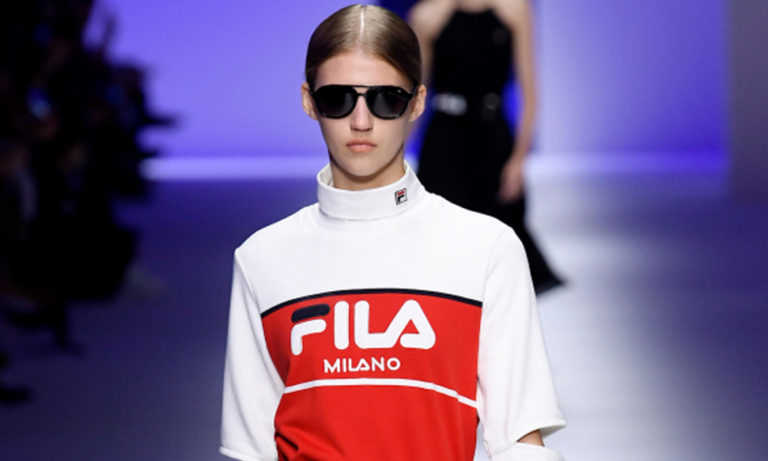 In April 2018, Rubchinsky announced on Instagram that the brand ended “as known“. During an interview the Russian declared, “Every idea has a time and what I wanted to express, I expressed. I think it’s time to end this story and start another“. In December of the same year the designer was accused by a 16 year old boy who claimed that Gosha had pressured him to send him explicit photos, Rubchinsky denied everything. 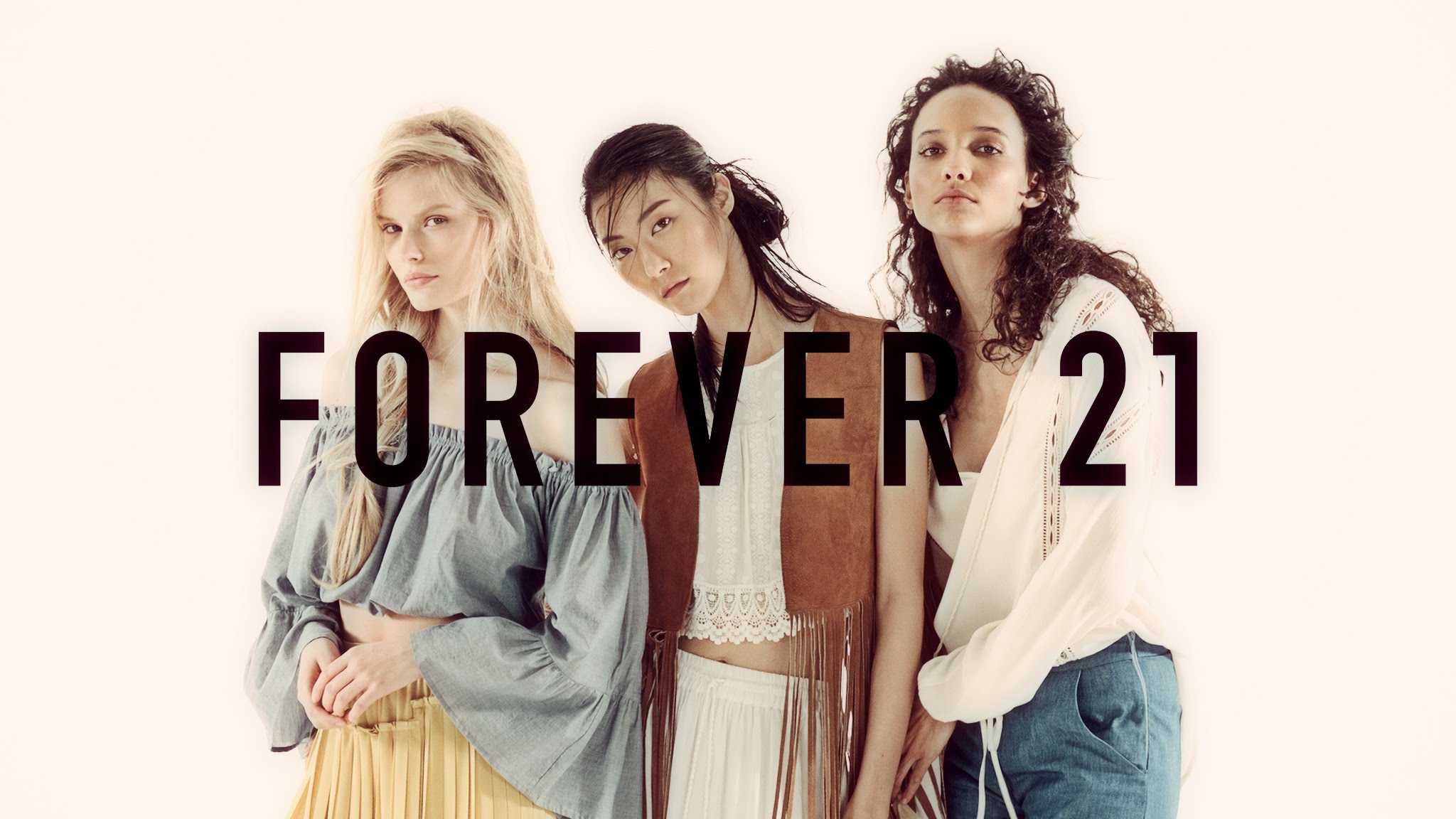 “The American dream that’s faded.” In 1981 two South Koreans Do Won Chang and Jin Sook Chang traveled far from their homeland in search of a better life. Their poor education and lack of knowledge of the language degraded them to low-paying jobs. As they traveled through the new continent, they discovered that the fashion industry could offer an opportunity for them.

Their first store, Fashion 21, is located on Figueroa Street in Los Angeles. It still retains its original name, but after beginning its expansion the rest of the stores were named Forever 21. The formula for their success lay in exploiting trends and lines at competitive prices. The public’s tastes have changed, now they are looking for more original, unique and sustainable products. Chang and Sook’s strategy has not been attractive for the new generations, which has led to the closure of most of their stores during this 2019. 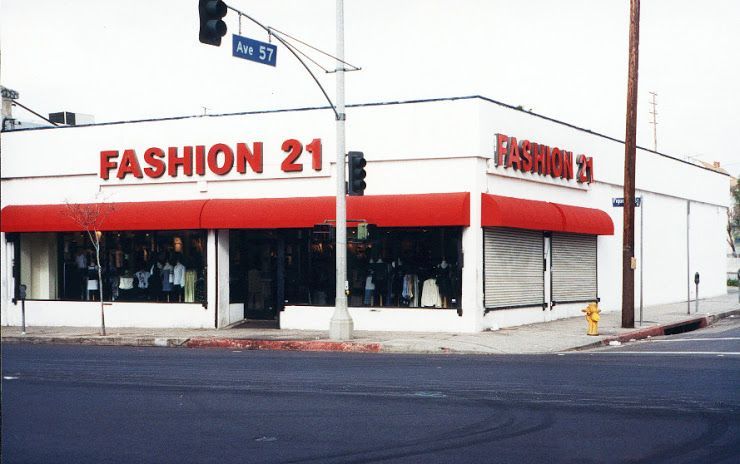 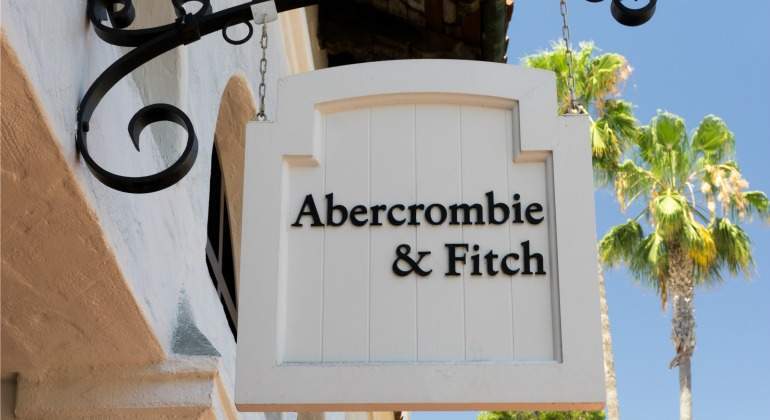 The brand founded in 1892 in Manhattan by David Abercrombie was never a reference for Generation Z and Millenials. Unlike the current rejection in the 90s and early 2000s, teenagers did collapse the doors of their establishments around the world. The long lines deserved that short time to walk around the dark atmosphere inspired by the tropical cabins enjoying a sweet and particular aroma that impregnated the place and the clothes.

Their posh style responded to the demands of past generations, but with the passage of time, the lure of seeing handsome shop assistants working with their naked torso and flip-flops, only managed to win the rejection of some teenagers with more inclusive and less superficial ideas. Abercrombie & Fitch was accused of discrimination and use of extra-small sizes. Their profits were reduced and with it came the gradual closure of their stores. They are still trying to revive that successful past, but the truth is that they are unable to find their place at a time when fashion is completely different from what it was in the first decade of this century. 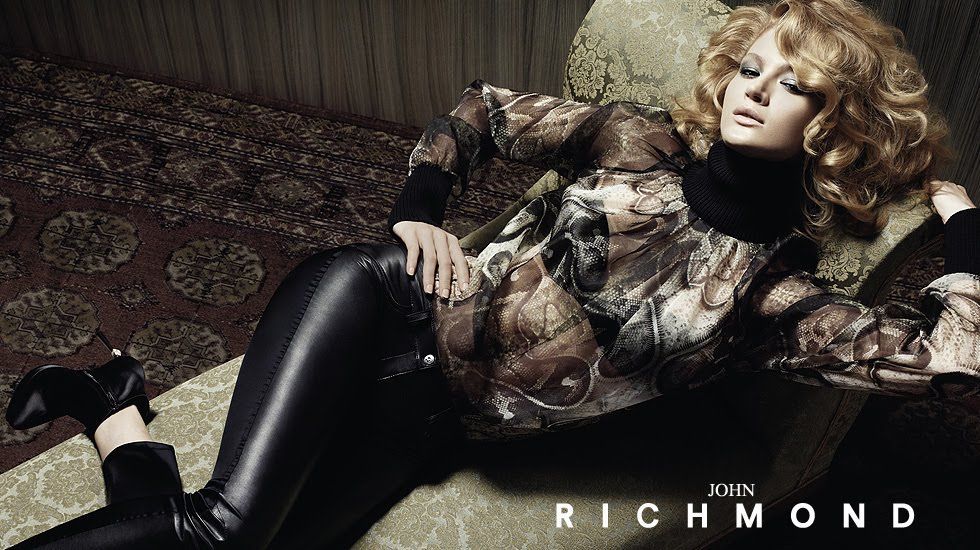 The ready-to-wear brand for women and men, founded in 1987 by English designer John Richmond, was a favourite of rock stars in the 1990s. Madonna wore many of his pieces that she took around the world. Nine years after its founding, the Italian Saverio Moschillo, owner of the company Akkurate Ltd., was responsible for the manufacture and distribution of the British designer’s garments.

In 2015, the company was transferred to a new group of Luxembourg origin, with its new headquarters in London and Asia, which led to a halt in production. The consequences of the company’s reorganization were reflected in profits. John Richmond himself said that fashion had changed and they had to adapt to it and be part of the new developments and tastes of the public. Four years after the operation, the textile company is still looking for its place in this era where everything changes by the second. 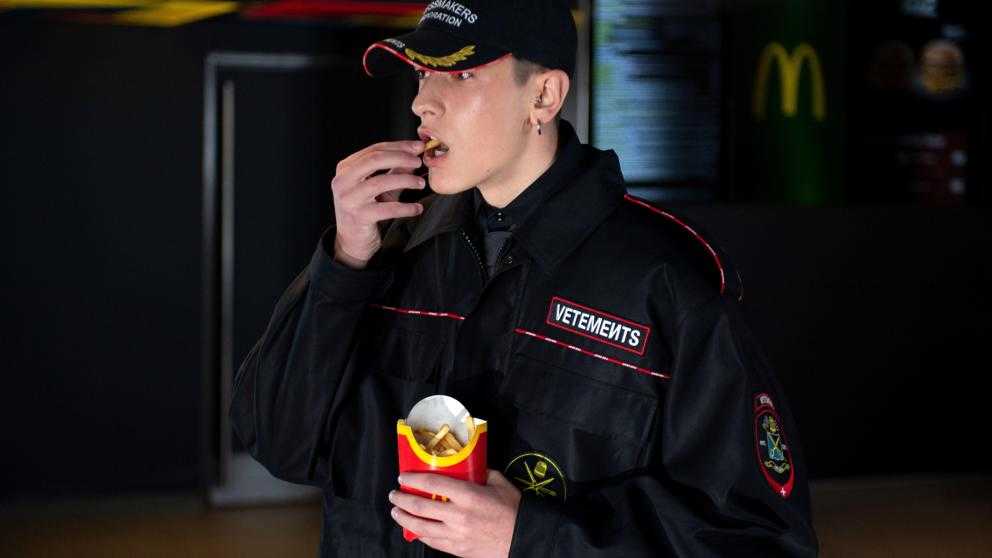 2014 was the start of one of the most successful projects of the decade. The firm emerged as a defender of a more pragmatic approach to fashion, that is, Vetements reflected the current clothing of young people. The designs are by Georgian Demna Gvasalia and her brother Guram, but were supported by friends with experience at Louis Vuitton, Maison Margiela, Balenciaga, Celine and the Royal Academy of Art in Antwerp.

After three seasons in the industry, the fashion novice was successful and achieved great recognition in the industry. The essence of the new trend of the season was “ugly wear“, his extravagant and eccentric designs became a boom that everyone wanted to wear. 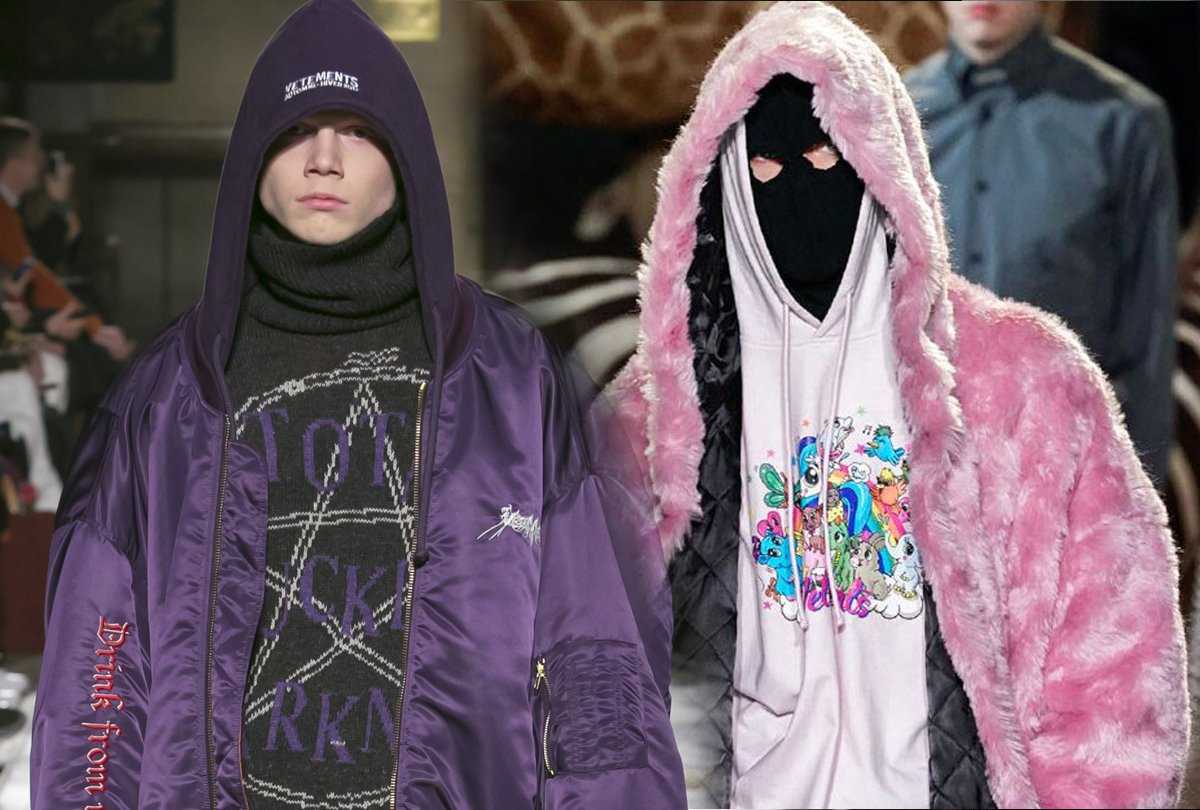 In 2015, the designer gave up his interest to Balenciaga, taking over as the Spanish firm’s creative director. For four years he combined his inventiveness for the two firms, but in September 2019 Demna announced his departure from Vetements. Since then, the future of the brand is uncertain, and many claims that the end of what could have been and was not. The outcome of this question will be revealed in the next decade. 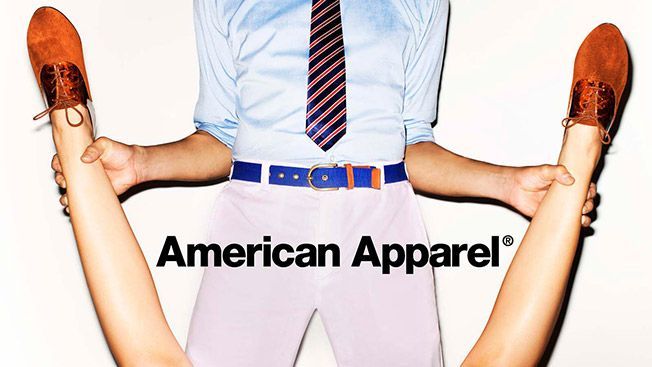 The label founded in 1989 by Dov Charney worked for twenty years. During this time it has produced basic hipster-style looks. In 2017 it ended its journey due to spending costs, lack of strategic planning, scandals and, of course, the natural change in aesthetic trends. Bankruptcy knocked on the doors of the company that managed to save itself thanks to the investment of 66 million dollars by the Gildan Activewear group that put all its efforts into raising the brand.

Finally, after several attempts it was decided to close American Apparel stores, and with it, almost the disappearance of the hipster genre. Charney opened That Los Angeles by Dov Charney, which recalls the essence of the brand, with which he achieved great recognition. The essence of what was his first project can be felt in the general lines of the products produced and distributed entirely in the United States. 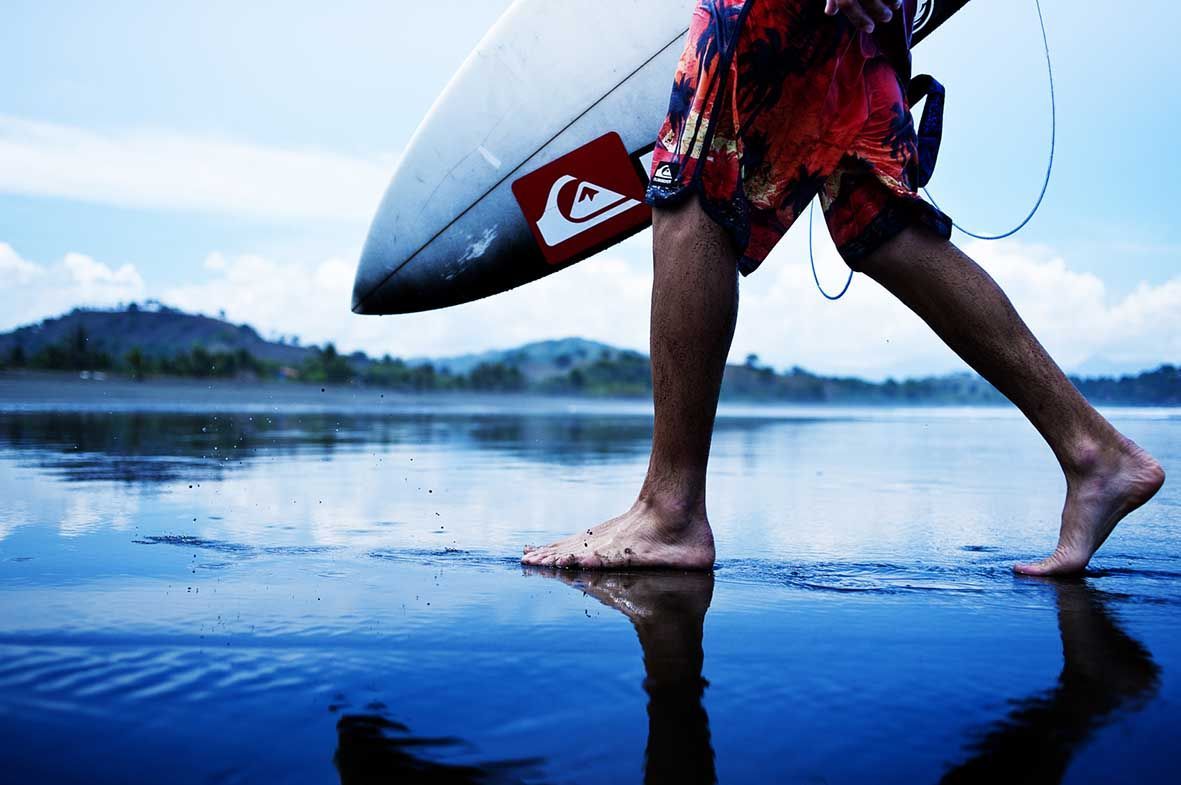 Many of the brands that were successful in the 1990s have not been able to survive in the second decade of the 2000s. Fashion is an innovative sector that is constantly changing and to which textile companies must adapt in order to continue operating in the market. Consolidation is an ephemeral term that can collapse at any moment. In addition, the arrival of new technologies has enabled many new brands to emerge strongly, replacing others with greater experience.

This is what happened with the Quiksilver Group Inc. which faced more aggressive competition that positioned itself in these years far above them. The introduction of their innovative Velcro fasteners and quick-drying cotton won over teenagers who were involved in board sports. Surfer Kelly Slater and skateboarder Tony Hawk were the best-known faces to use their products. Over time brands such as Nike, Vans or Adidas have become involved in the design of new fabrics that have imposed themselves on the public, pushing Quiksilver Inc. into bankruptcy.

By invoking Article 11 of the United States bankruptcy law, the company managed to get ahead with a budget of $175 million. Today, Quiksilver, Inc. has changed its name to Boardriders Inc. which encompasses a full range of iconic action sports brands, including Billabong. This new image is intended to bring about a new process of restructuring and expansion.

What I think Sontag would think
It’s time to leave Lolita
Marlo Studio presents a celestial esoteric collection
We reveal, without a doubt, Netflix’s best secret
Johnny Garso debuts in Spanish with “Espada y Rosa”
Paris Hilton prepares for the launch of her memoirs
Sport arrives on streaming platforms
Hard Rock Hotel Madrid will open its doors on July 1
Highxtar Weekends | What to do in Madrid
US version of Eurovision now a reality
This Nike pair is not made for the masses
Craig Green x adidas Originals, the new age of visual aesthetics