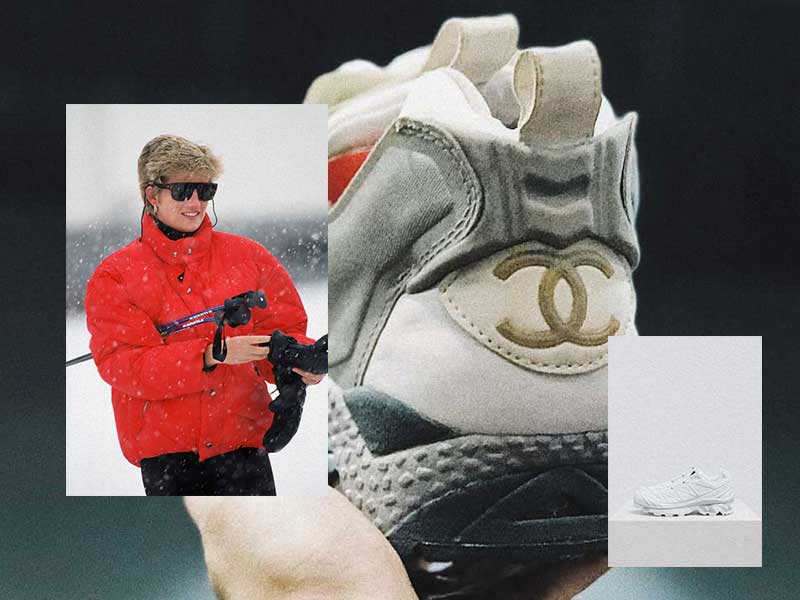 How sportswear has become a major thing in the fashion industry has taken a long road that, today, when all has been settled, doesn’t seem to have been such a big deal. From tennis courts to runways to the streets, this is how it happened.

There was a time when men and women used to play tennis dressed in formal clothes. It didn’t exist nothing such as sportswear, there weren’t sneakers, no breathable fabrics, no seamless clothes, nothing. Men used to play with suit trousers, shirts and shoes, while women did it wearing long dresses at first, that will shorten over time. Bandanas were quite popular to hold their hair while playing, even hats decorated their looks in the early stages of the racket sport. It was an era in which tennis was just a social way of gathering and having fun. Competition came later. Those were the early stages of Lacoste, when René was a tennis player and gave birth to his now very popular croc brand. 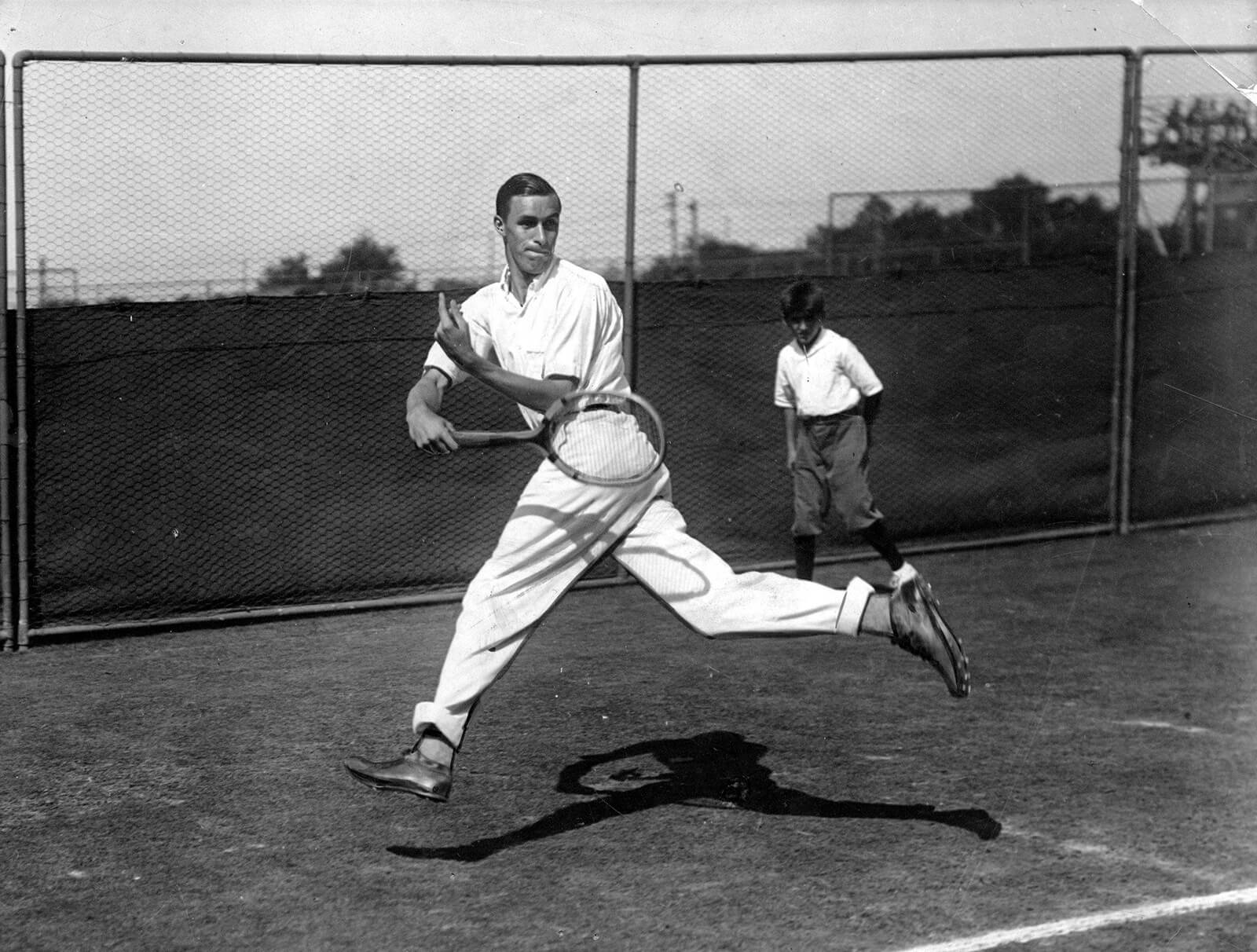 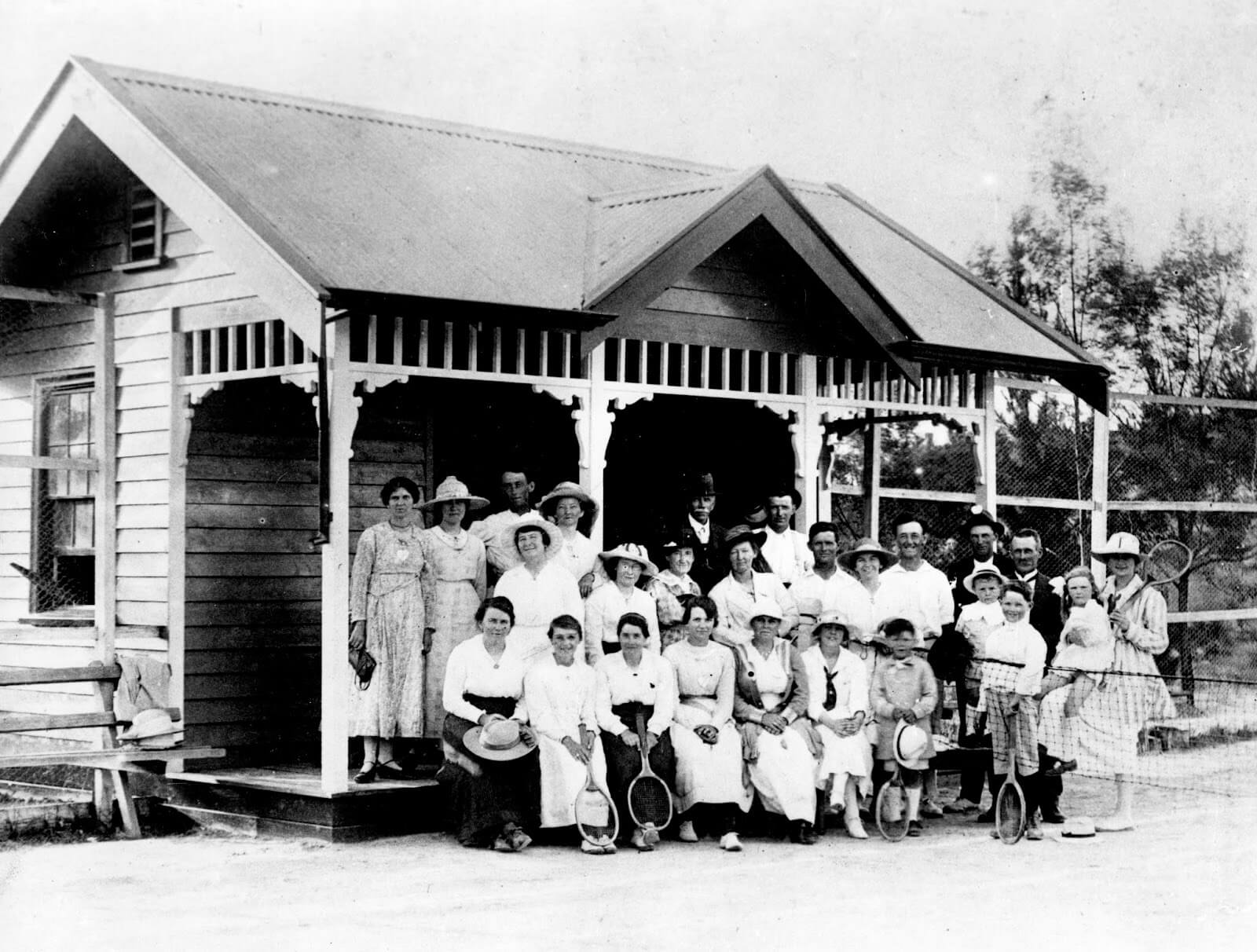 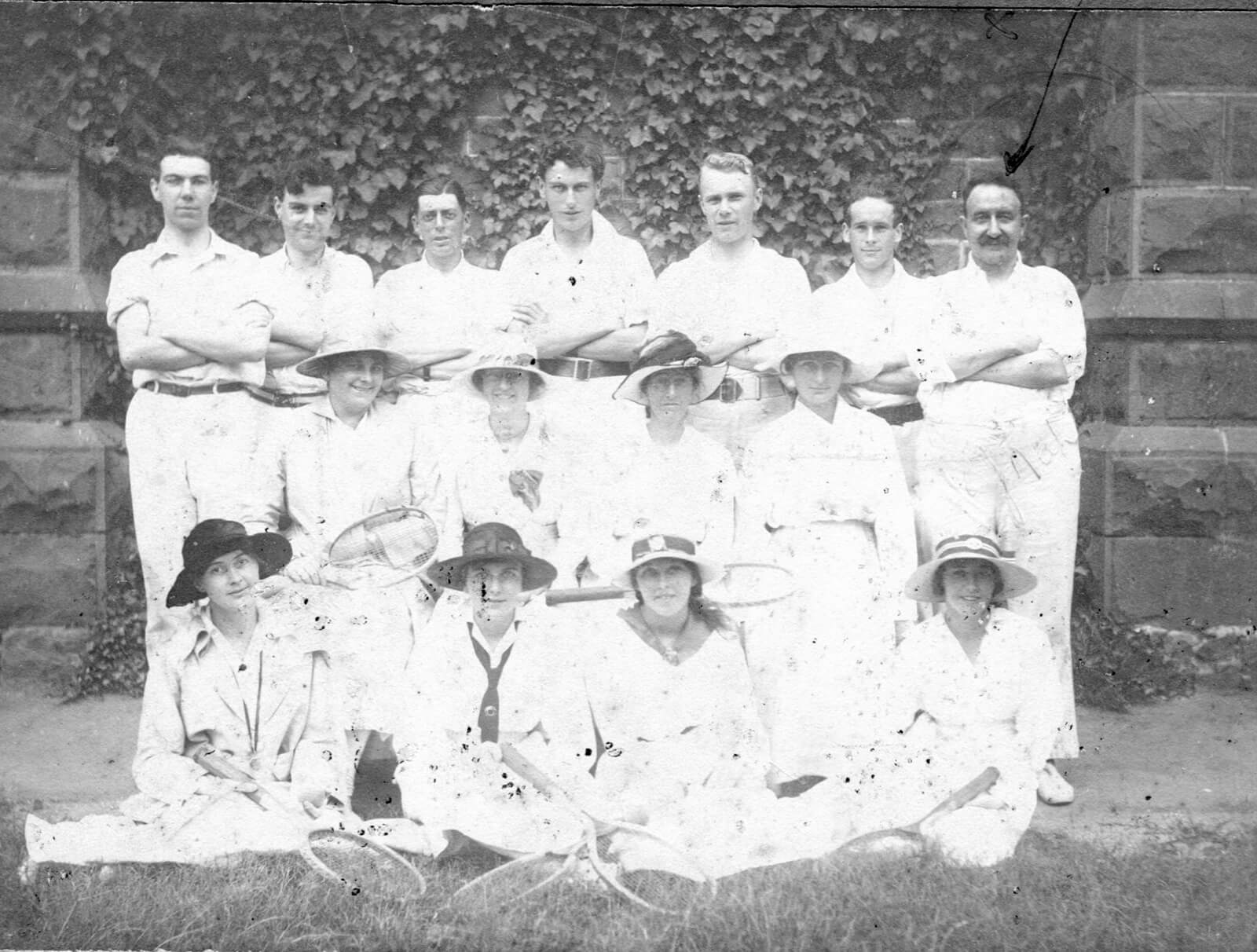 Activewear, sportswear, performance wear, athleisure, and so many others are concepts that used to make a clear reference to clothes designed for some physical activity purpose. Not anymore. It’s funny how the origins of sports entailed the use of formal clothes in the pitch, and 100 years later, the clothes designed for exercising are worn in formal situations. That wonderful circle called fashion.

Without a doubt, the arrival of spandex first, and nylon some time after was the breakpoint of the installation of a specific aesthetic for the gym and any physical activity. Their flexibility and versatility were the perfect features to create all sorts of pieces for conquering the sports centres and streets of every city.

Bruce Lee mastered the tracksuit like no other. His movies, where martial arts were the center of the script, proved that this new creation was more than accurate and useful for an extreme and powerful use of the body. This was in the 70s, and a revolution was about to burst. T-shirts were thought to be underwear pieces, and also made a come out because of the comfort that provided and the relaxed look it had for a daily casual use. So both tracksuit and t-shirt made the perfect couple.

This evolved in tracksuits being designed in polyester, velour, cotton or terrycloth to elevate its original sportive use in the streets. The acceptance of tracksuits is such that they’re being worn even for formal occasions thanks to the designs Rhuigi Villaseñor (@rhuigi) from Rhude (@rhude) is presenting. He made suit pants comfortable finally without losing a hint of elegance, what he calls traxedo pants. 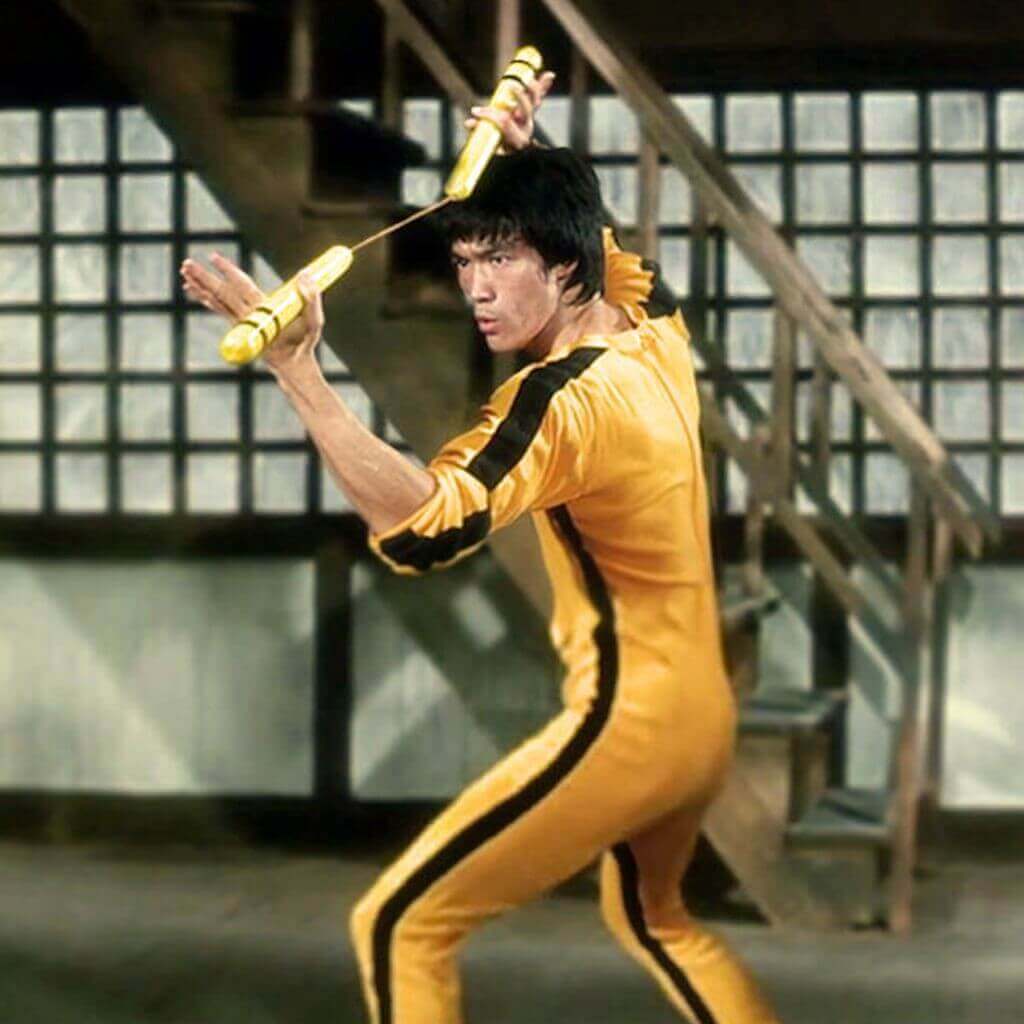 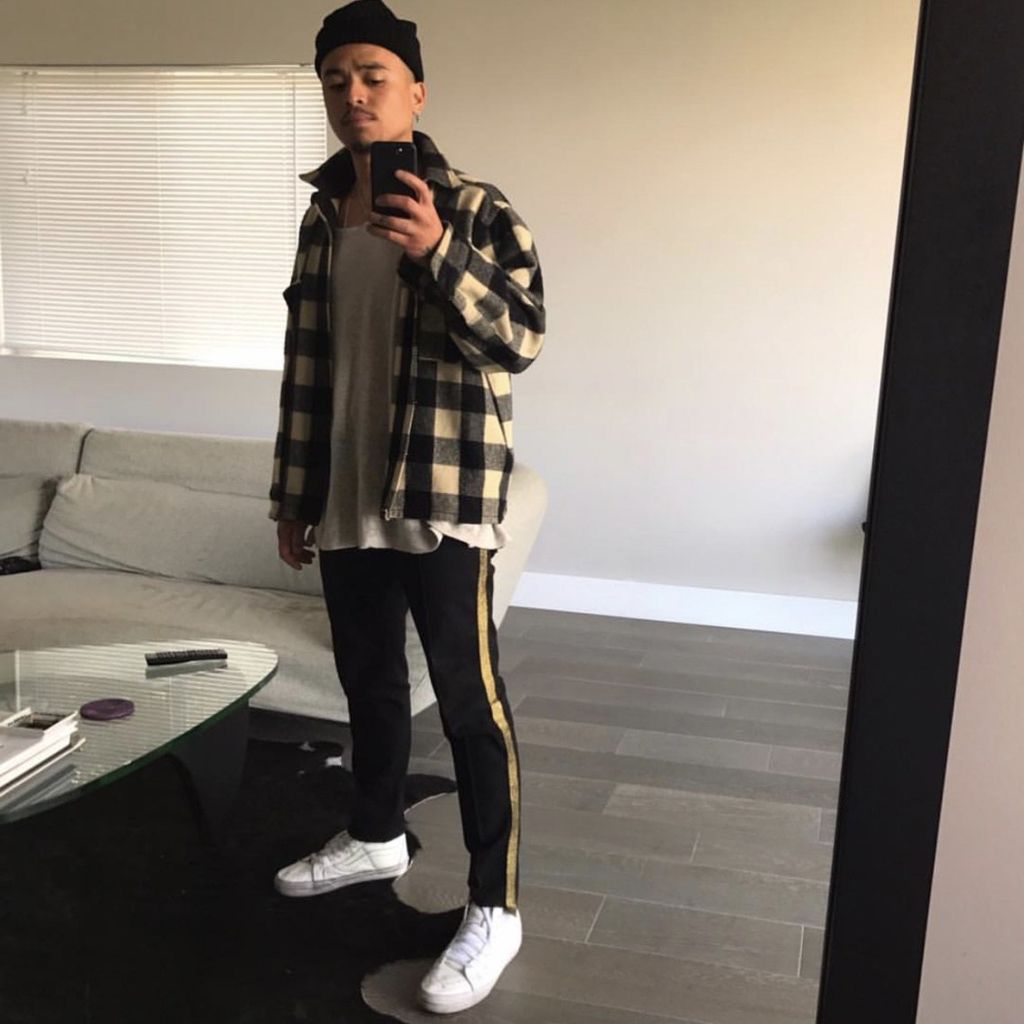 Tees experienced a tremendous boost when prints decorated them and more sophisticated materials were used to create them. Brands like Powell Peralta (@powellperalta) and Vans were some of the first to make the t-shirt culture a thing, and designers like Vivienne Westwood and Malcom McLaren used them for political and social purposes and put them in a whole new different level.

Alongside the evolution of tracksuits, came the development of the now common ski-suits in the white landscapes all around the world. The presence of polyester was notorious and almost the only option for these designs that, besides keeping you warm and dry, had to be resistant to the hard environment that would test the suits day by day. Schiaparelli (@schiaparelli), Hermès and so many others initiated this sporty foray in the 1920s, using the name of their renowned houses to create athleisure pieces for the richest. 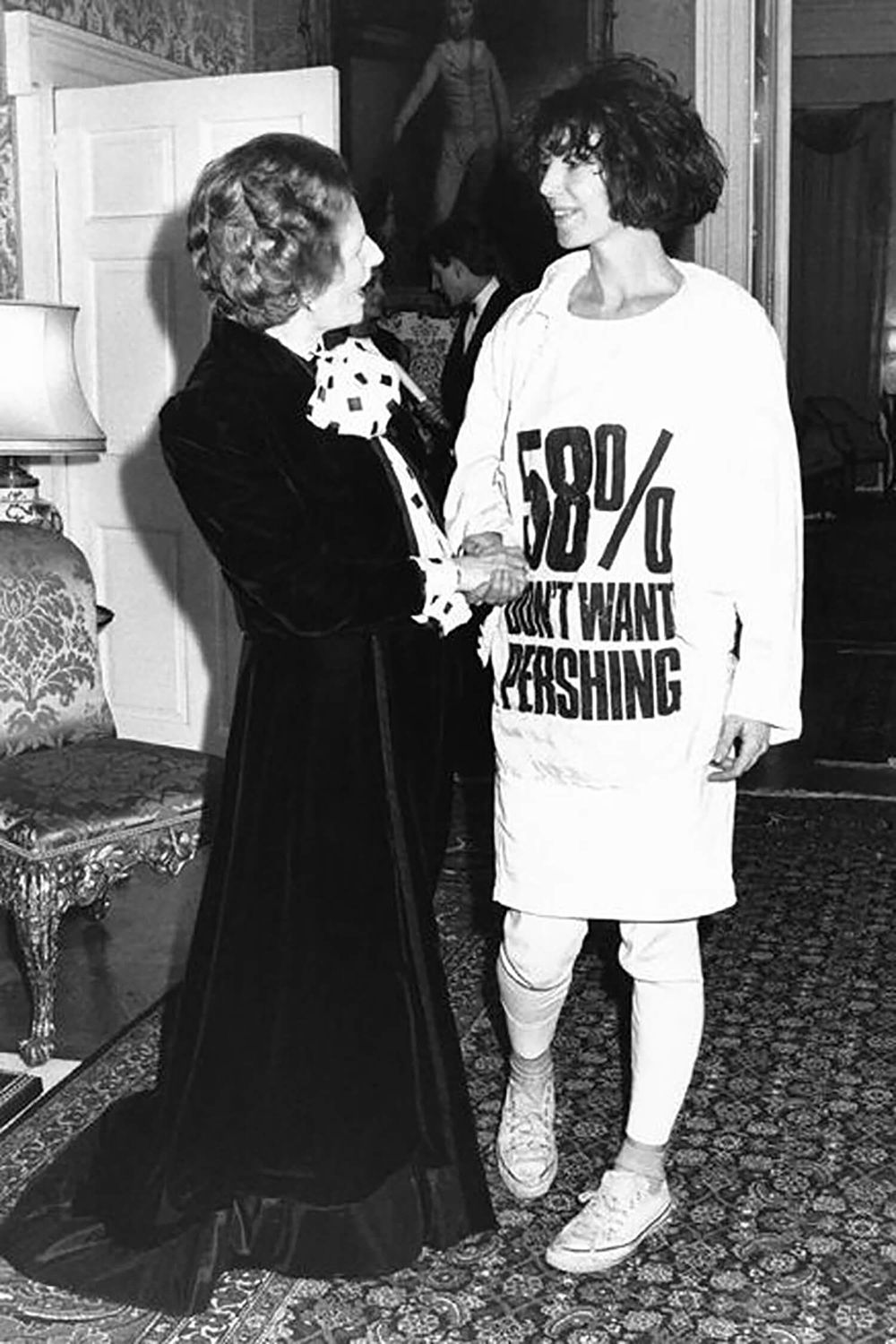 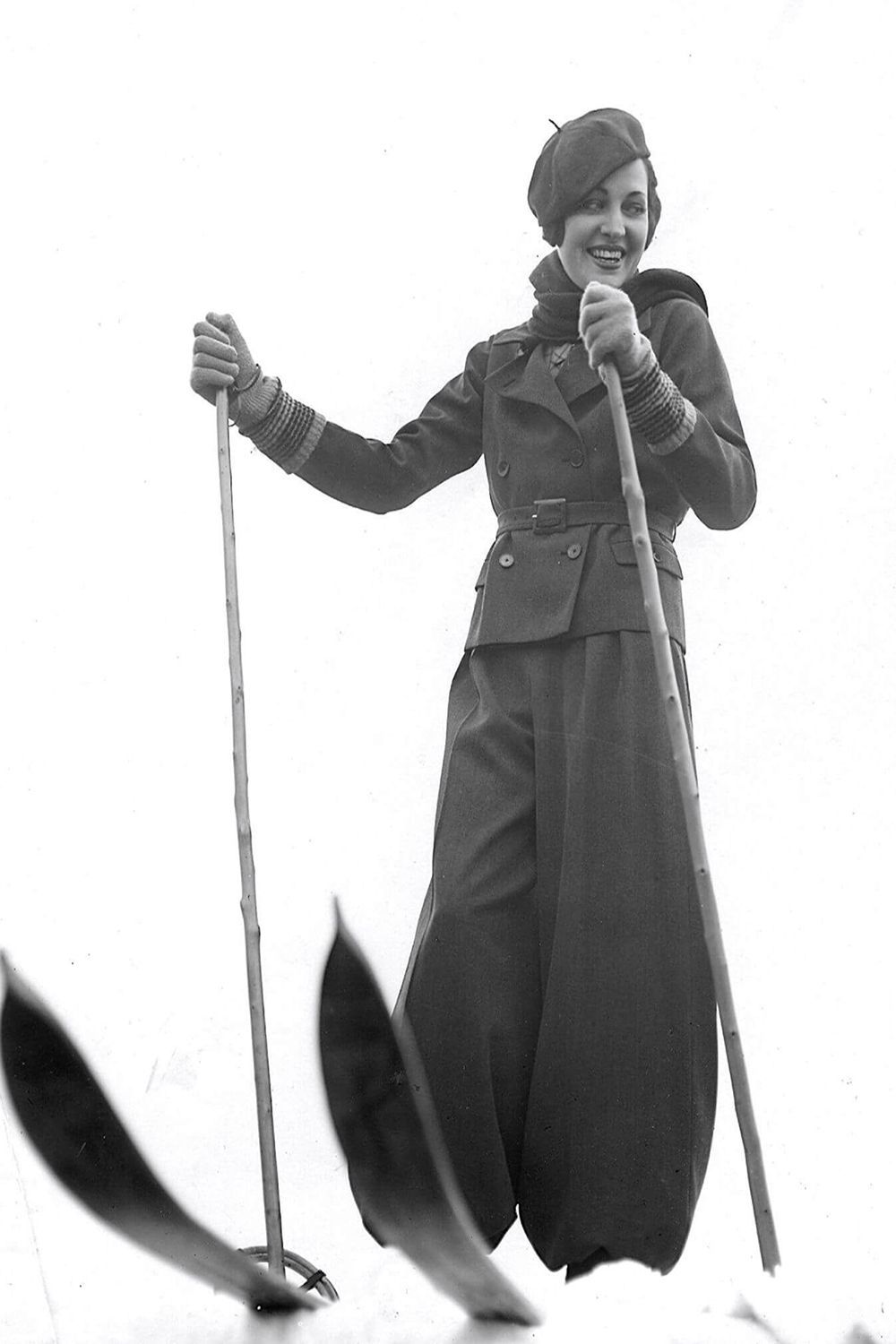 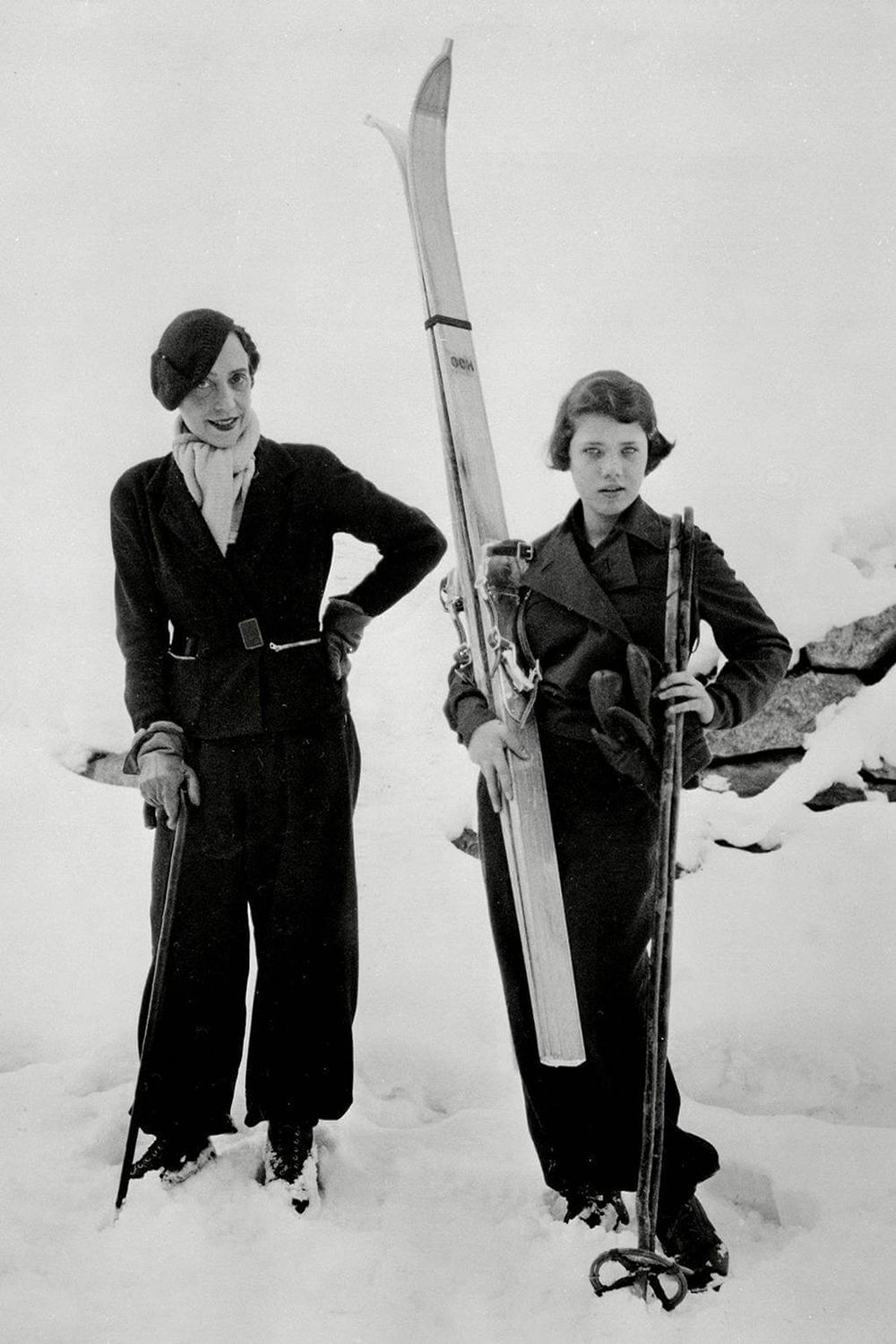 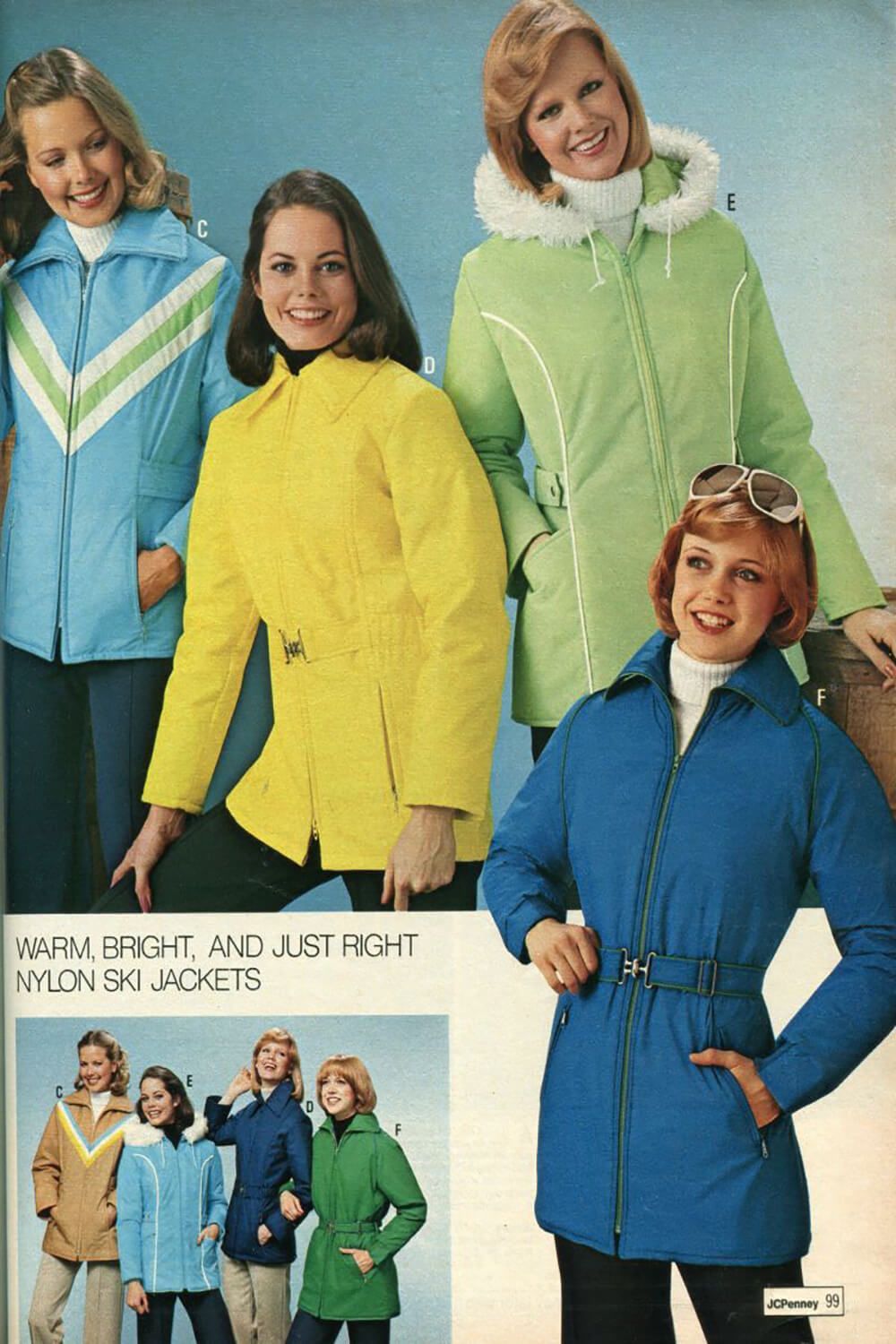 With the appearance of nylon and synthetic stretch fabrics after World War II, a new era in performance wear had begun. It’s appliance in military uniforms, gave them a never-seen comfort and motion. This revolutionary garment opened the door to the implementation of zips, concealed hoods, stirrup straps and others that are still today fundamental in ski-wear and all the designs related to technical pieces and the undeniable trend of uniformity and architectural creations.

Neon colors and geometrical prints covered the winter jackets in the 80s, embracing the most vivid version of the equipment to slide down hill. Currently these designs are very coveted in every vintage store around the world.

During the 70s and 80s the footwear industry experienced and enormous growth in the sneakers‘ culture due to the popularity of hip hop among the youngest ones. Icons in the game like the Stan Smiths by adidas took the stage and jumped from the court to the streets right away. First named after Robert Haillet, the German company changed its denomination for the one we know these days after the tennis player most successful era. But the most famous case of kicks conquering the streets belong to Run-DMC and their Superstars by the Three Stripes Brand. Wearing what they normally wore in the hood elevated the appreciation for streetwear and hip hop fashion forever. After this outstanding era for sneakers, unique collabs like PUMA x Jil Sander (1996) or PUMA x Alexander McQueen and Chanel x Reebok (2005) happened some time after. Then, the alliances of Nike with COMMES des GARÇONS (@commesdesgarcons), Ricardo Tisci (@ricardotisci17), sacai (@sacaofficial), Virgil Abloh, UNDERCOVER or Junya Watanabe , to name a few, came in line. 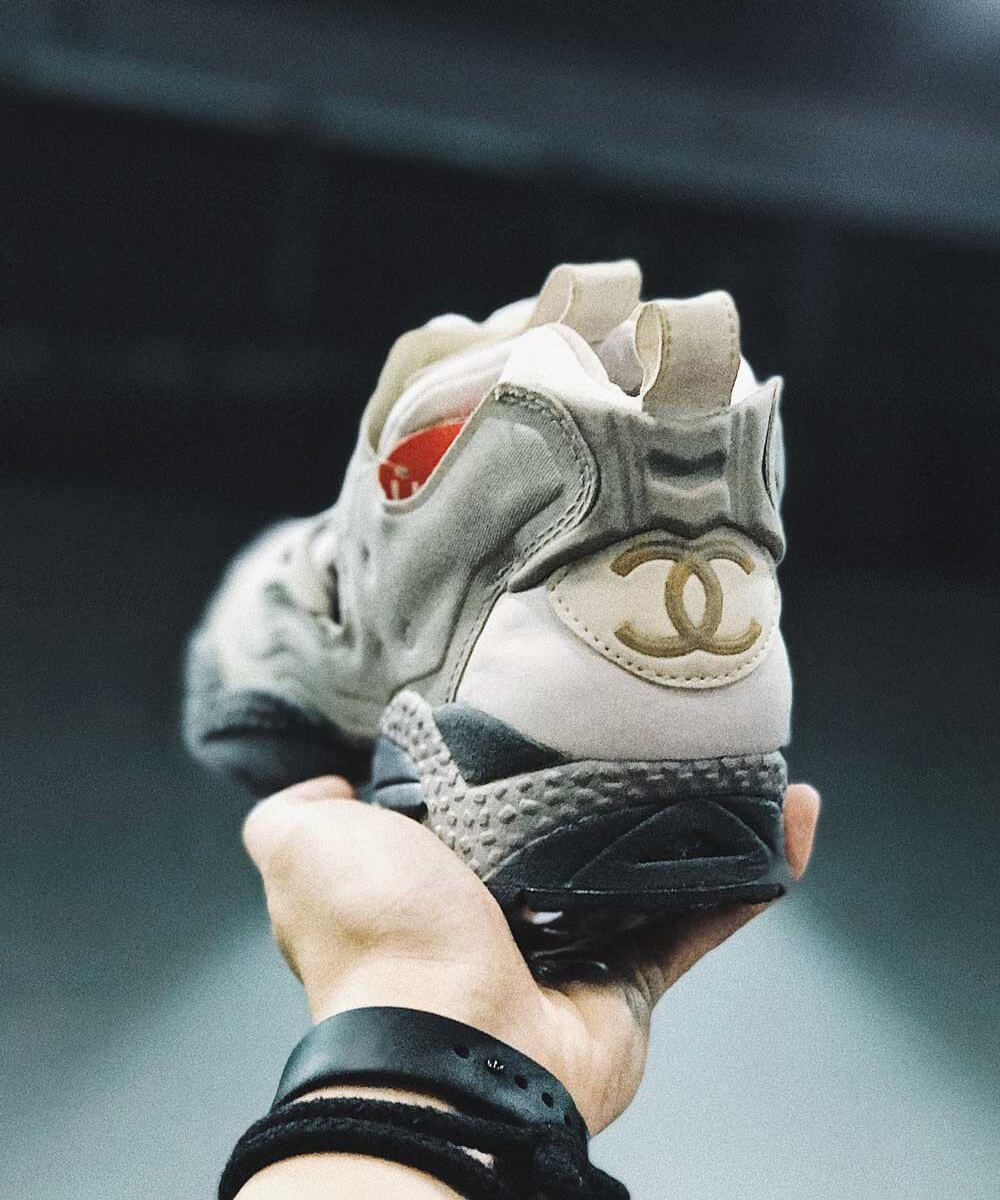 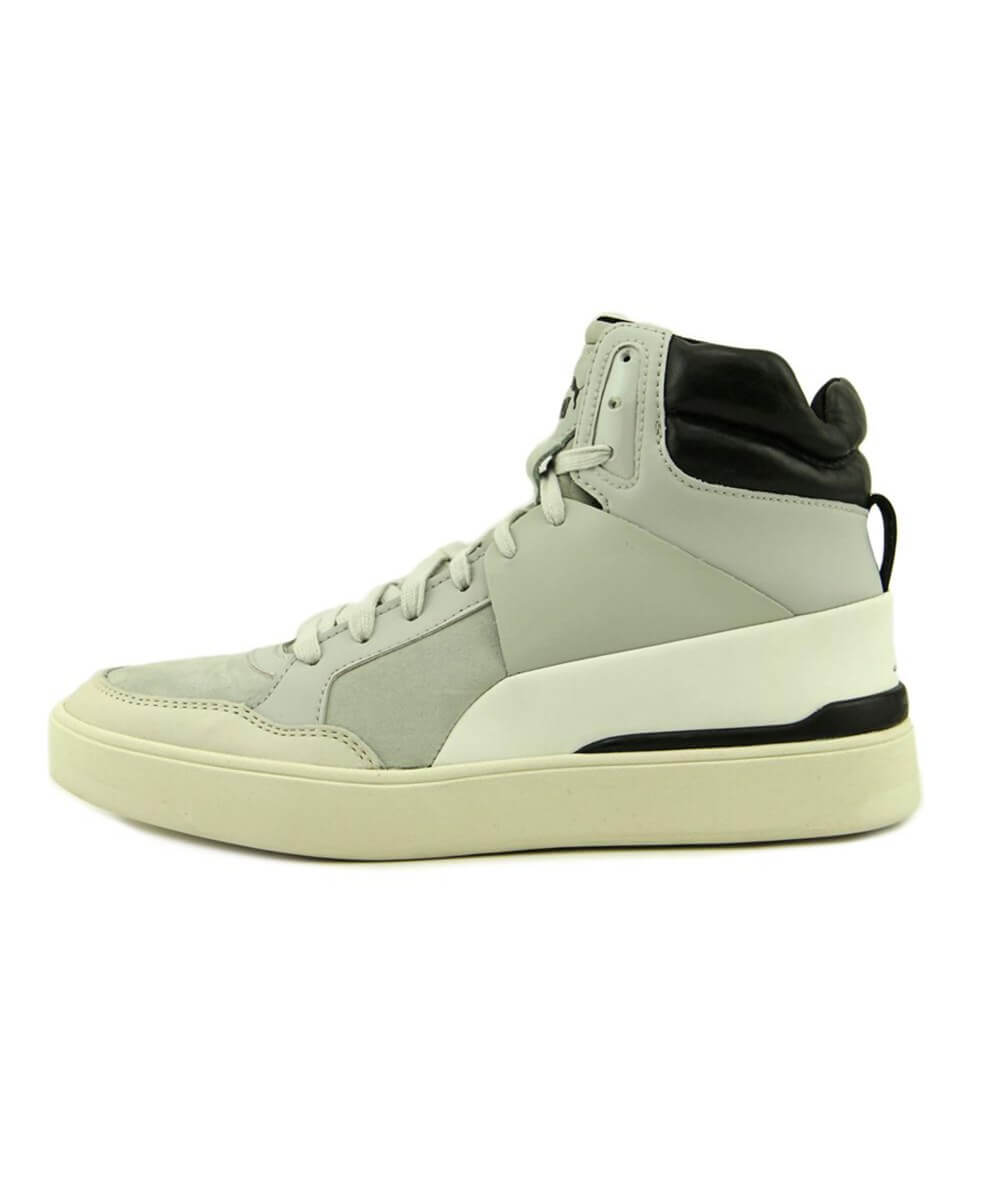 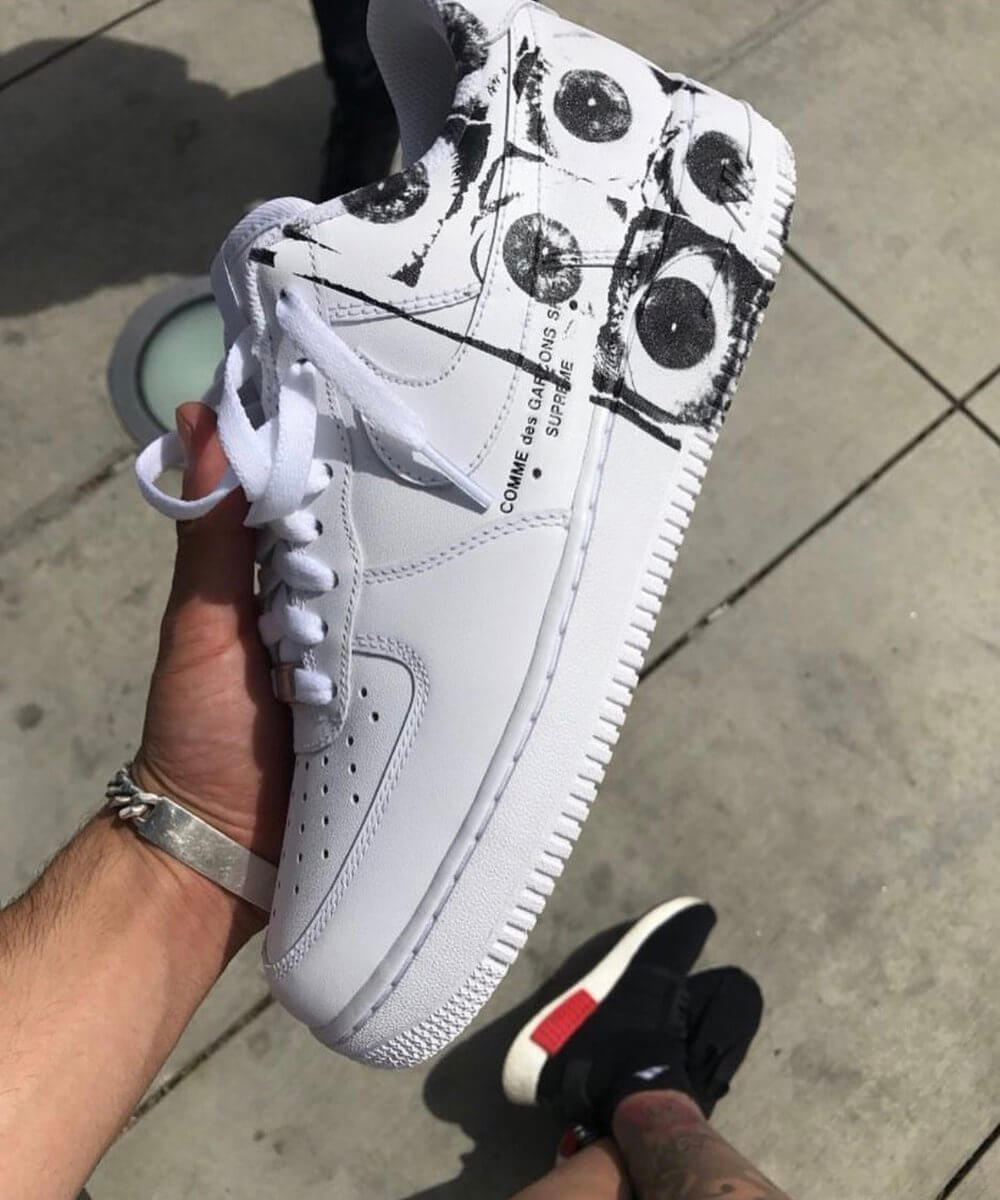 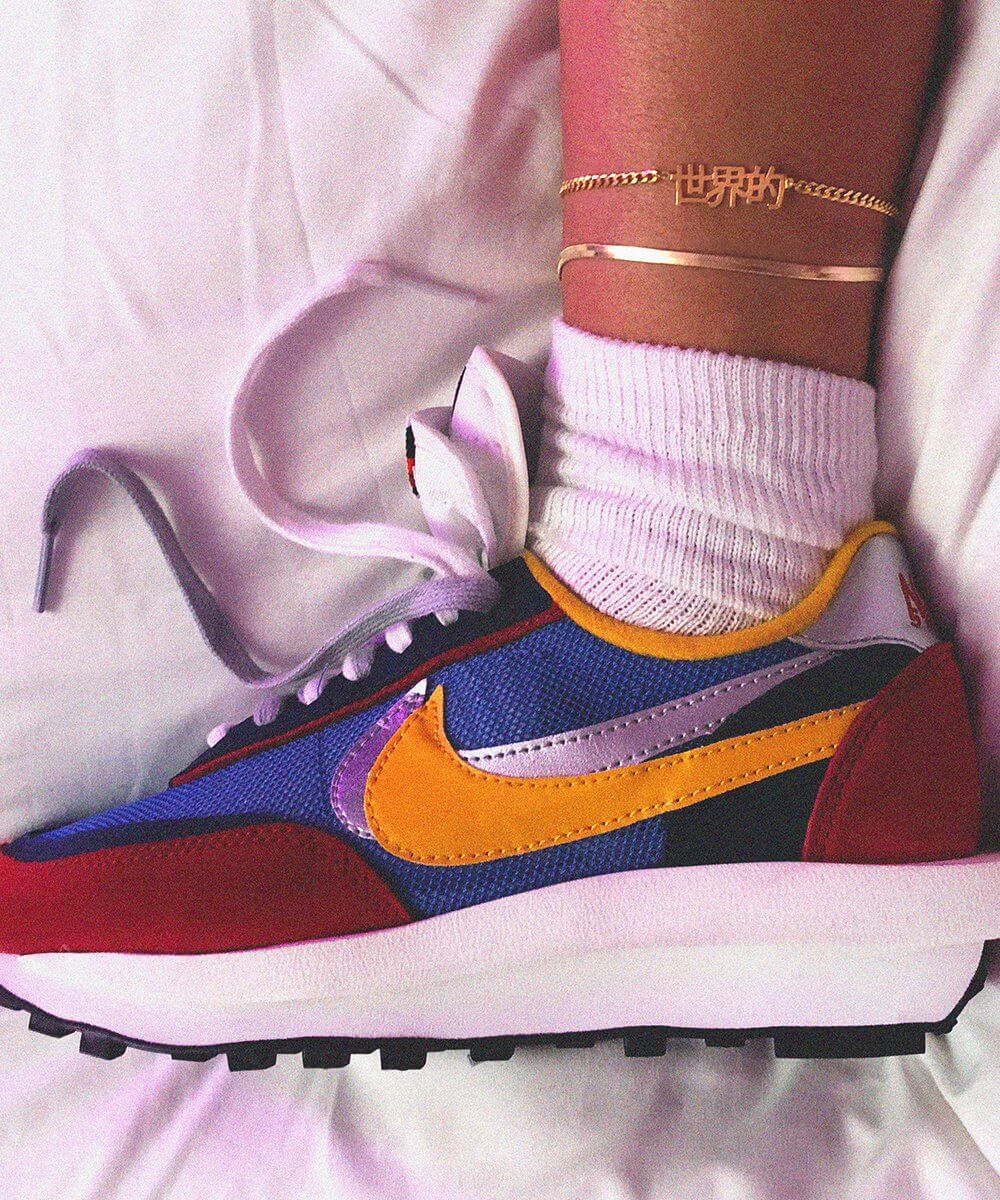 The 90s brought us the eclosion of puffers and as a continuation of what hip hop was bringing to the fashion conversation. Outerwear by Helly Hansen (@hellyhansen) or Polo Ralph Lauren became very popular in some cities of Northern USA before high-end fashion brands like Moncler or Raf Simons adopted them in their portfolio. Created by Eddie Bauer in the 1930s, hunters and equestrians were the ones wearing them back in the day until their arrival to the global fashion community. Once again, a product created with technical purposes evolves into a highly worn piece in every country’s winter time, for both technical and fashionable reasons. 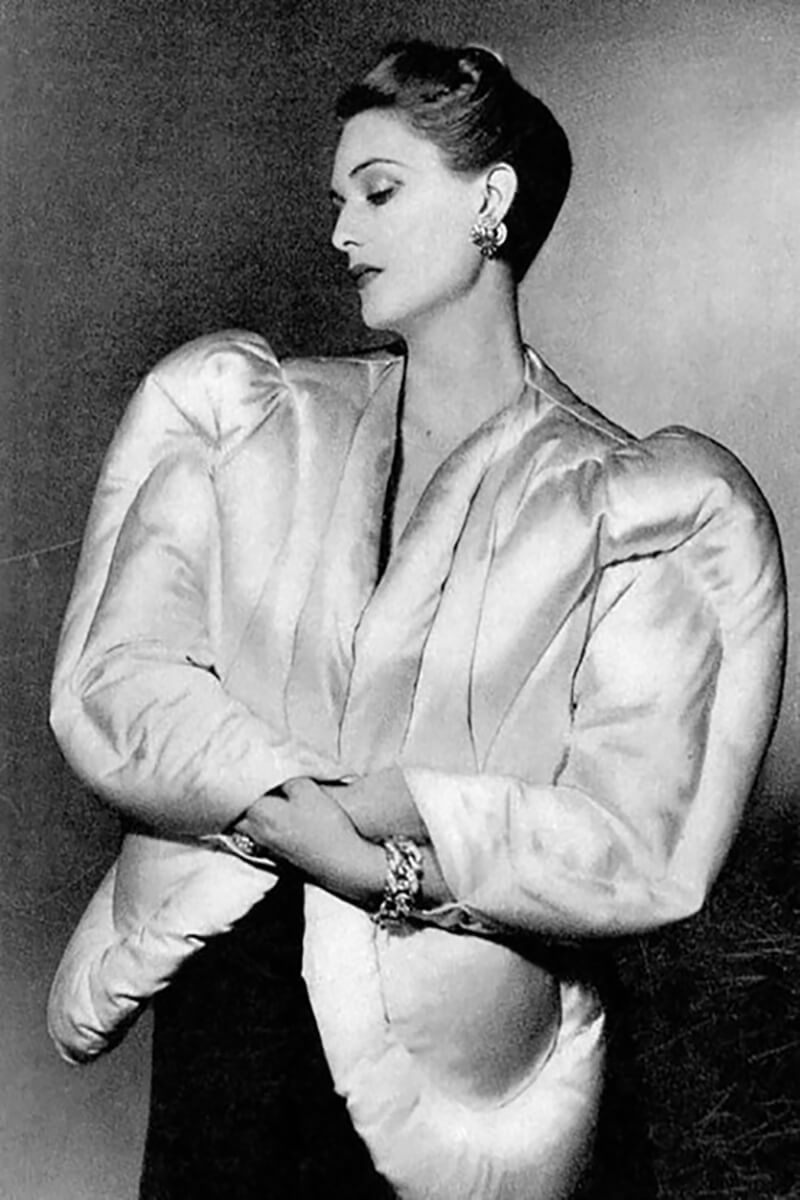 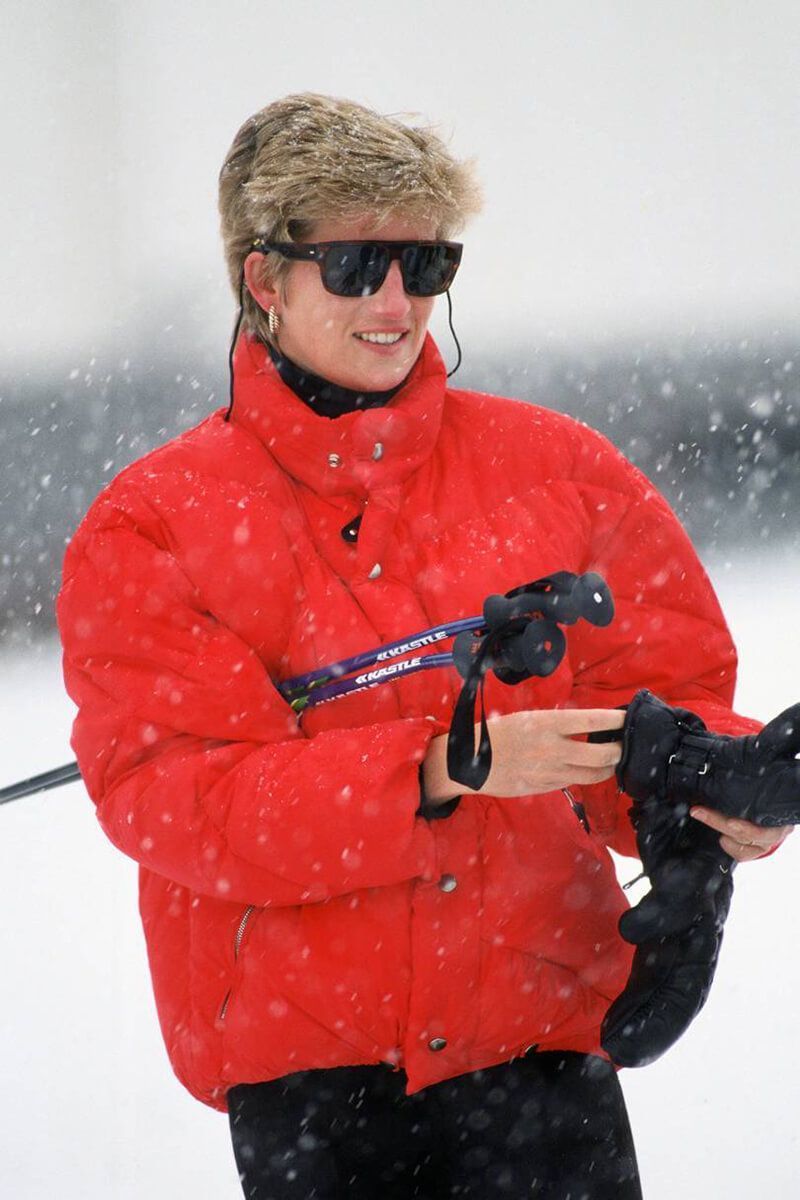 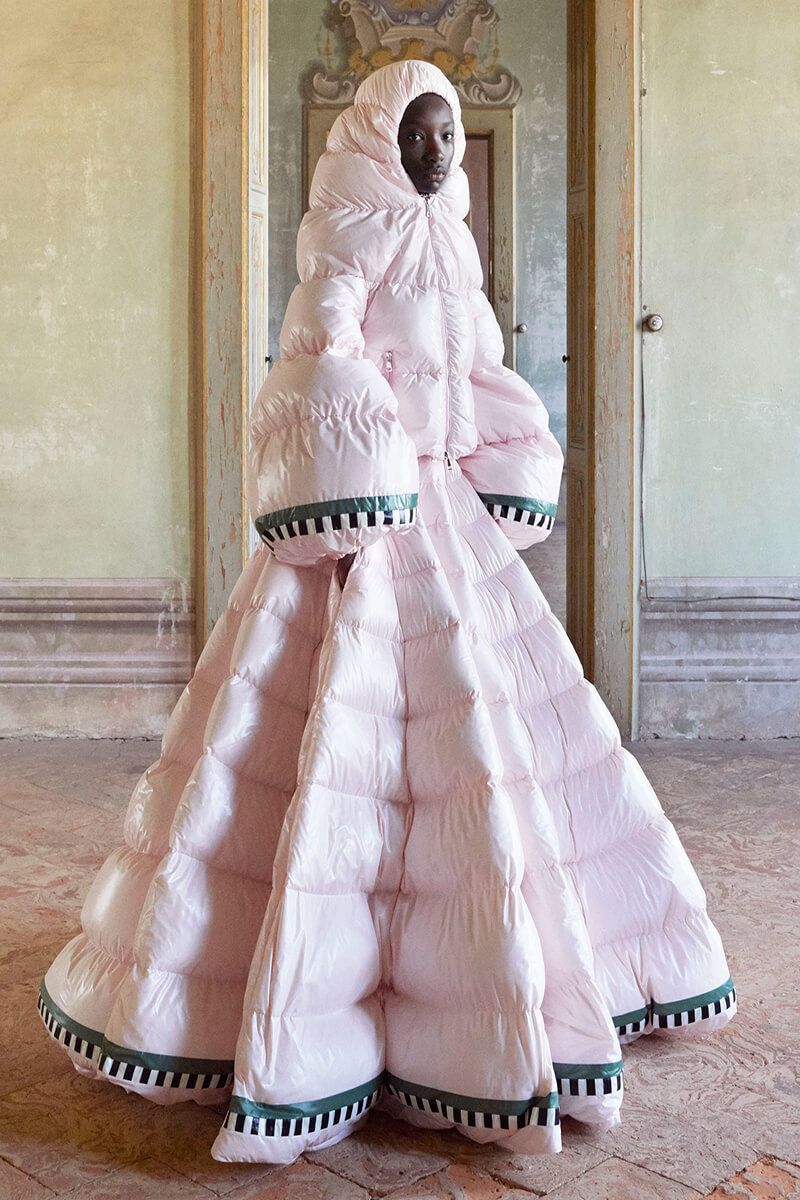 As well as the puffers, another mountain classic like trail sneakers are having their moment right now thanks to the comeback made by firms like Balenciaga, Lanvin (@lanvinofficial) or even Nike that, inspired by Salomon’s (@salomon) designs from the 90s, have made it a thing in this industry’s patchwork of inspiration sources. 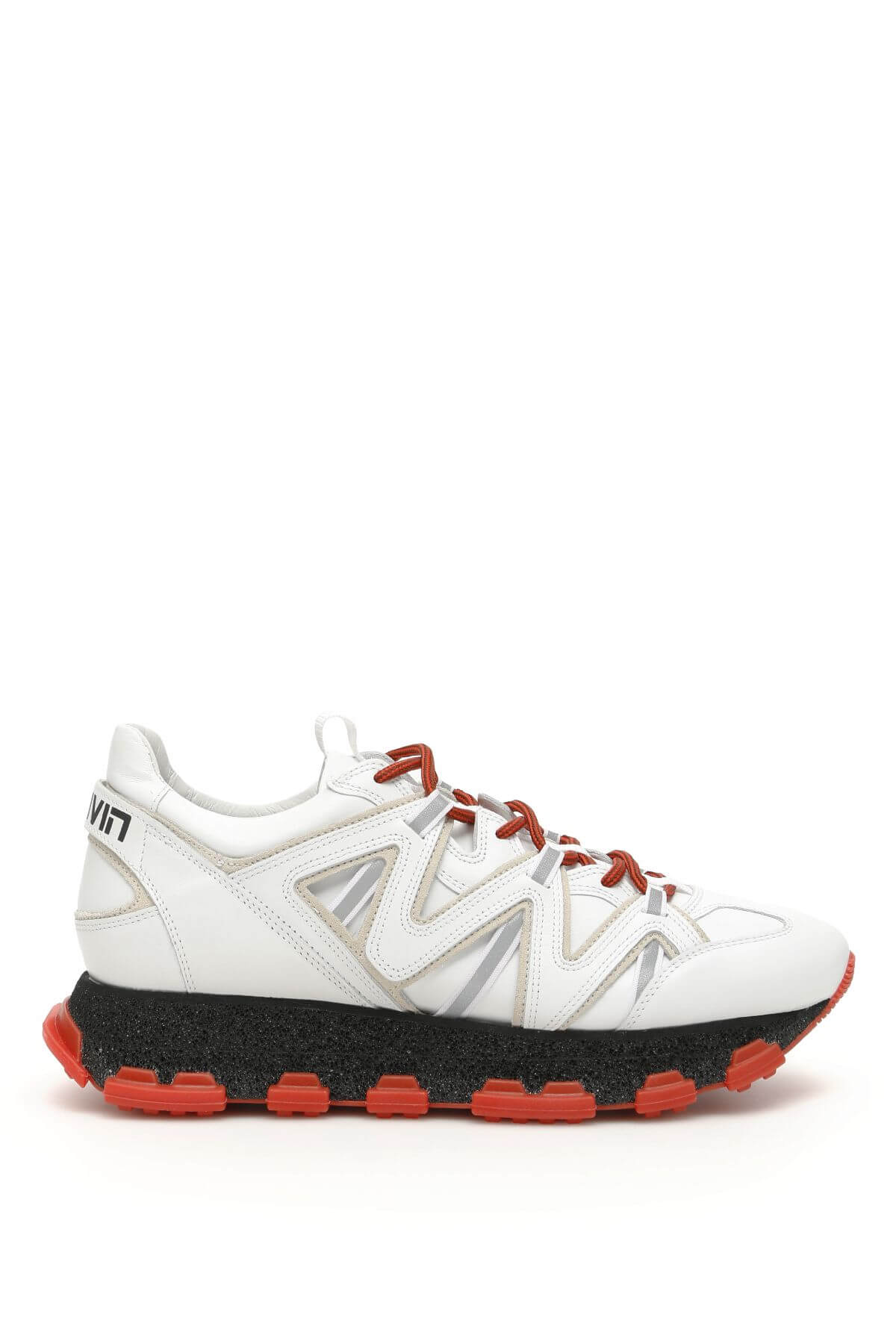 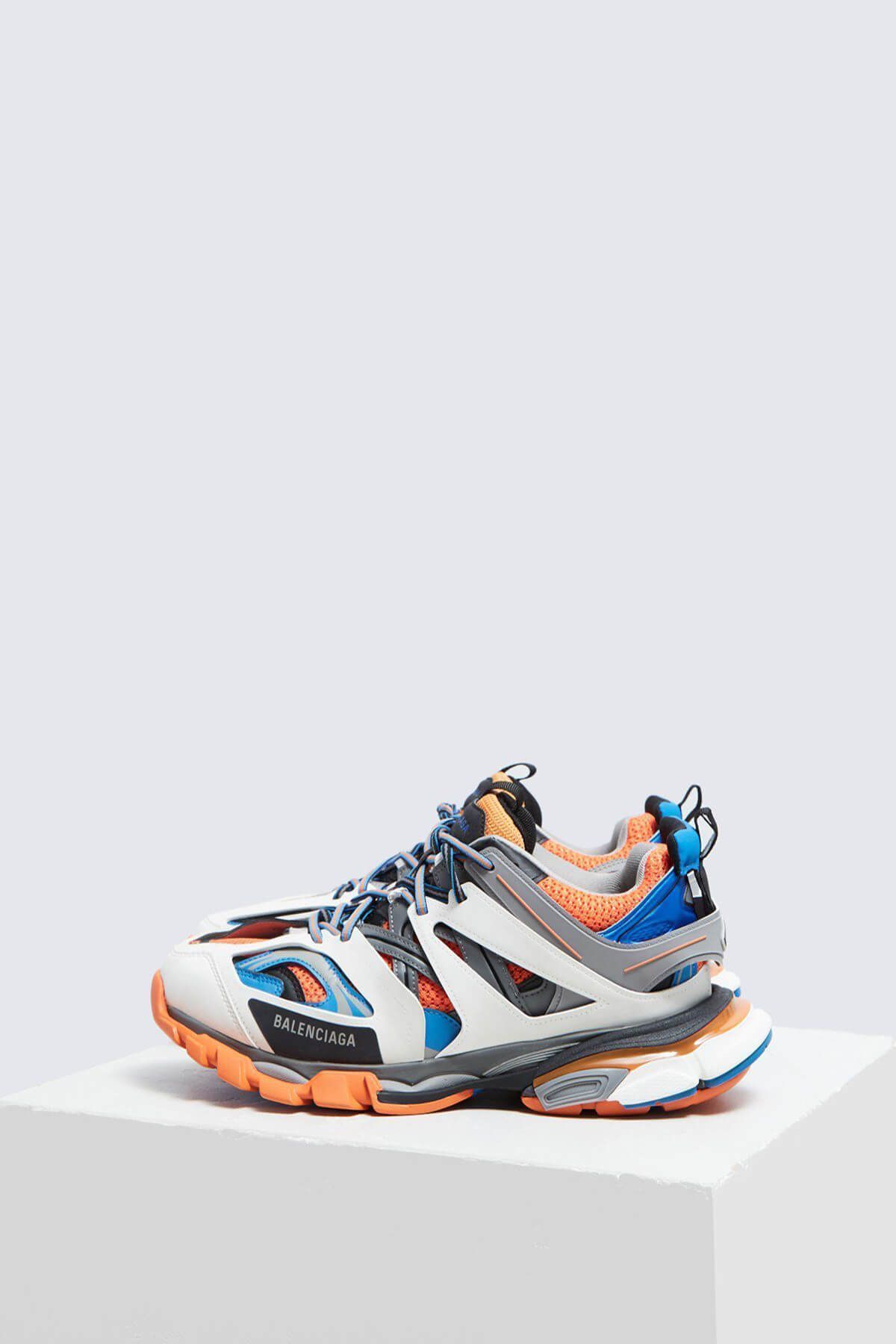 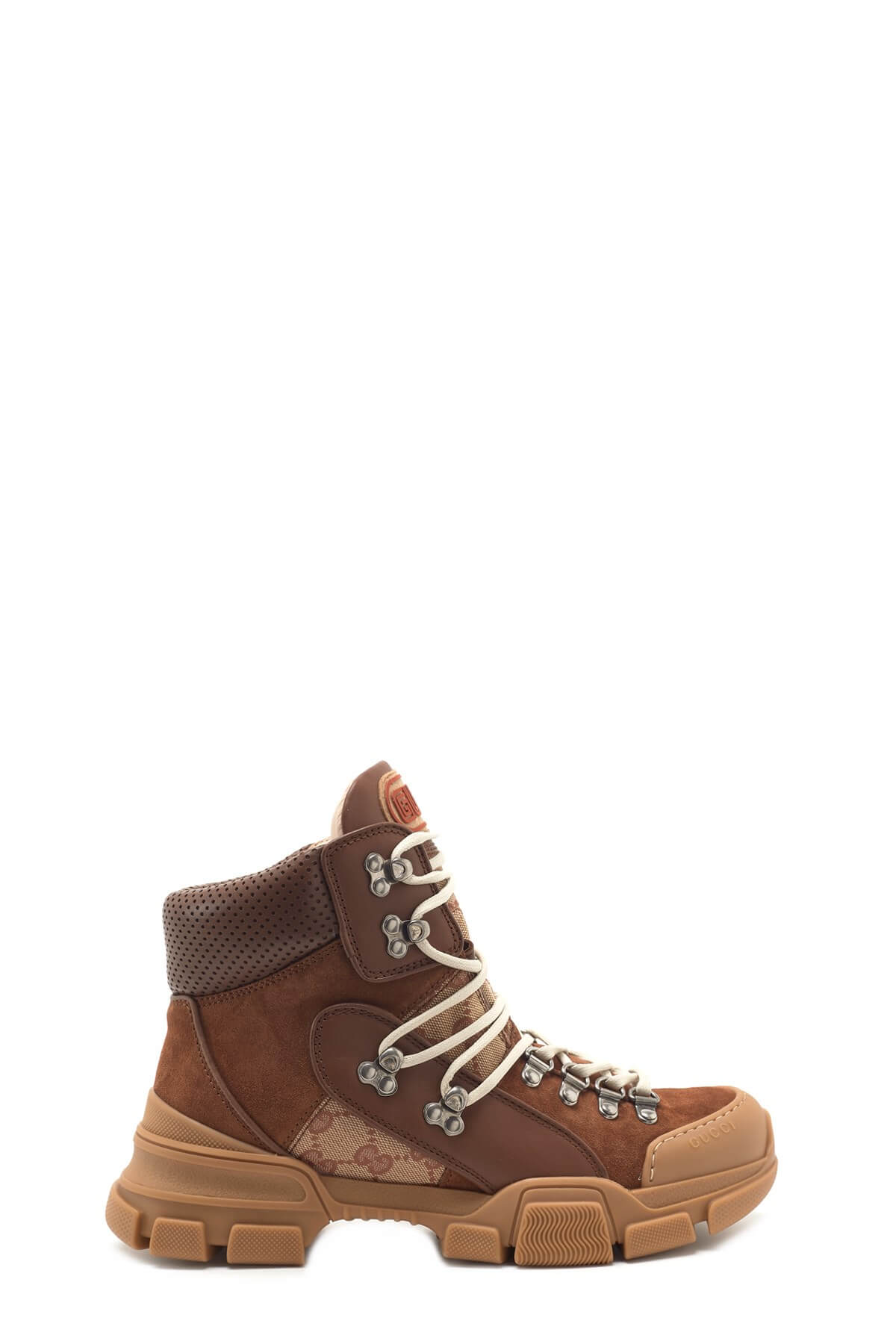 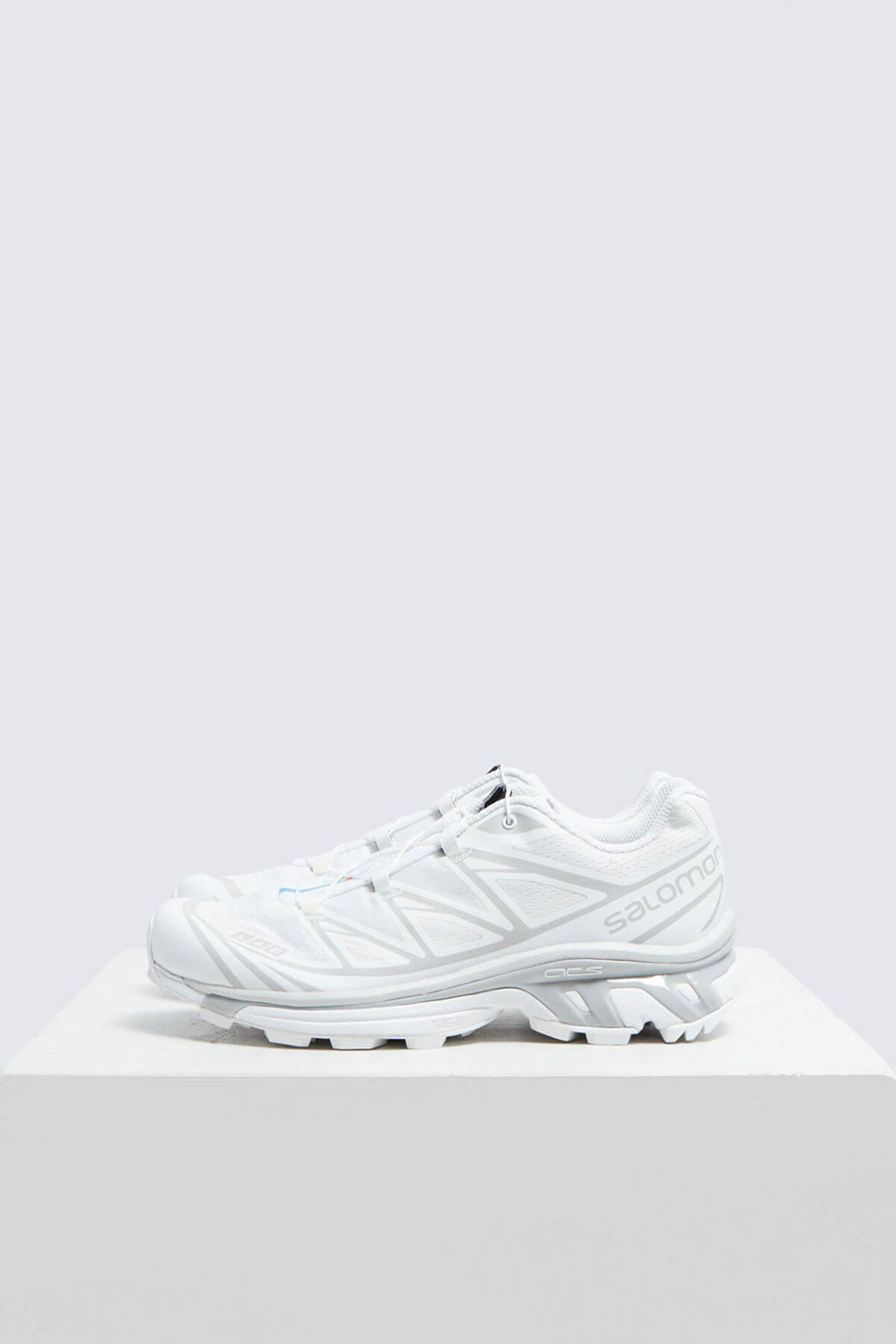 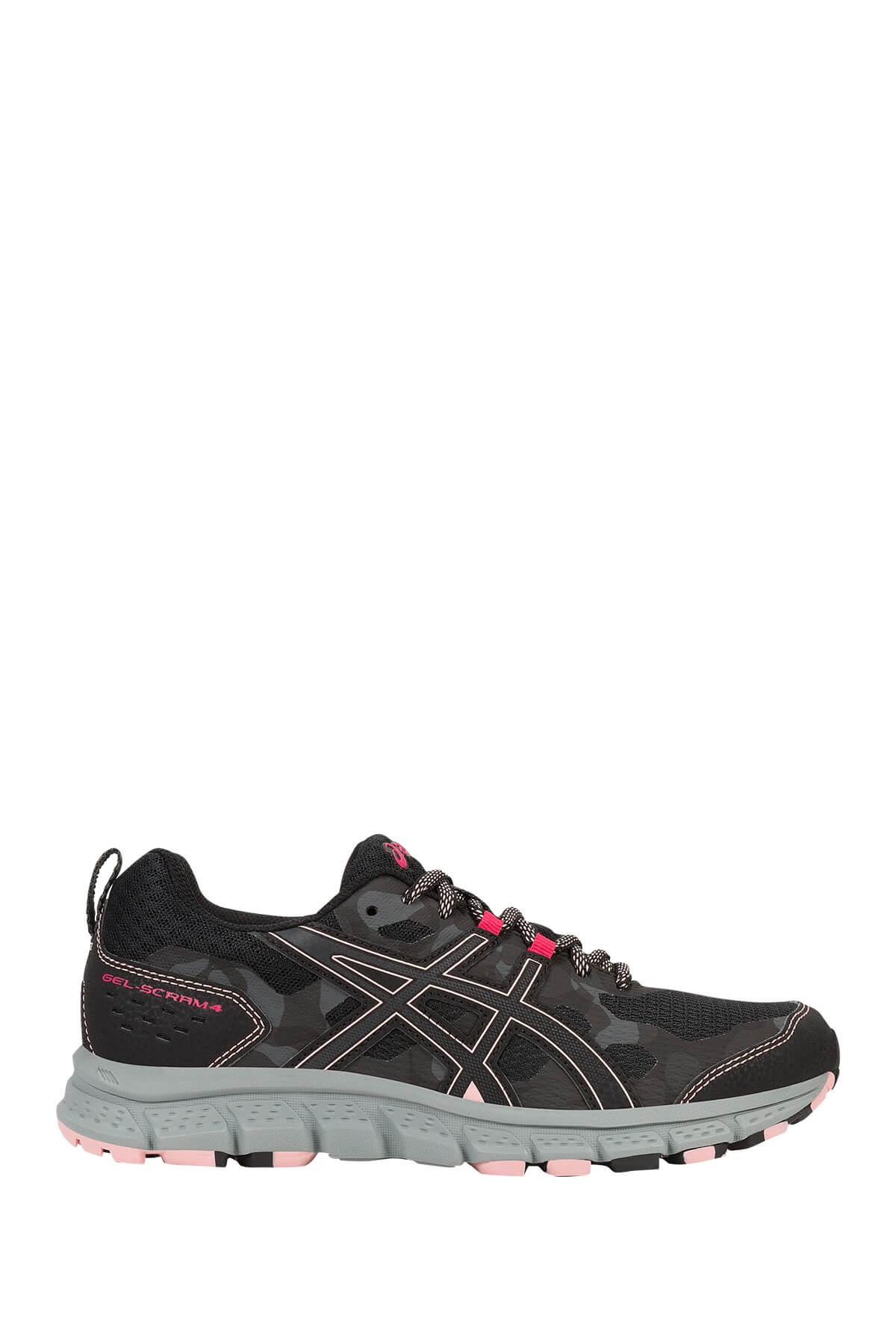 The fashion industry proves once again how everything created with a scrap of fabric can become the next big thing decades after its conception. From formal aesthetics worn in the court, to streetwear conquering runways and performance wear out of the pitch and on the maisons’ atelier, fashion embraces military-inspired designs like the ones from Craig Green, puffers like the creations of The North Face x Supreme , Palm Angels‘ tracksuits or the before mentioned luxury track sneakers.

We all know that trends are cyclic, but what about the inclusion of this wide range of references from all areas of performance wear? It looks like it’s escalating, so get ready for the era of comfort and utility.

If you don’t wiggle, don’t call
We talk w/ Alice & js from @jaimetoutcheztoi
Dior and Scharf’s surrealism together in 2021
Bad Bunny kills it with “El último tour del mundo”
The sound of the future
99% off in Prada Japanese webstore
The lucrative T-shirt business
Philipp Plein loses his lawsuit against Ferrari
Nicolas Ghesquière reinvents Louis Vuitton
Raf & Miuccia: This year’s most awaited debut
Gucci x The North Face: The collab of the year
Converse’s All Stars: The future we want